Malacañang says the 13th month pay cannot be deferred without amending the law that mandated it. But whether distressed companies can be exempted from paying it will be discussed by the various stakeholders. 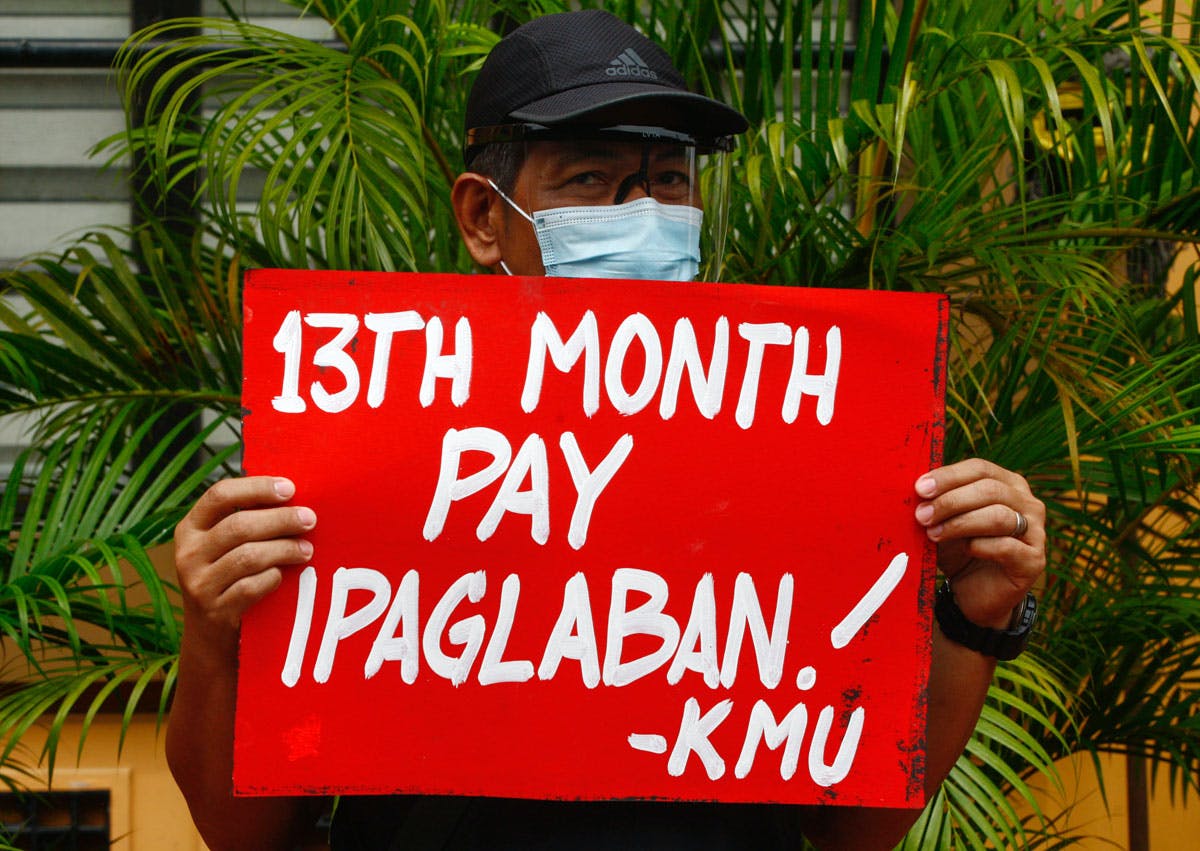 Members of various labor groups troop to the Department of Labor and Employment office in Manila on Oct. 12, 2020 to oppose the deferment of the 13th month pay for this year due to the coronavirus disease 2019 pandemic. Photo by KJ Rosales, The Philippine STAR

Until the coronavirus pandemic hit and drove thousands of establishments in the country into economic dire straits, there has been no issue on whether 13th month pay can be deferred for businesses to survive.

Department of Labor and Employment (DOLE) Undersecretary Benjo Benavidez said for more than 30 years now, there has been a need for clarity in the list of organizations and employers exempted from giving 13th month pay to workers.

Benavidez explained that under the implementing rules and regulations (IRR) of Presidential Decree No. 851 or the 13th Month Pay Law issued in 1975, “distressed” establishments are exempted from providing the benefit to private sector employees.

“But in 1986, then DOLE secretary Franklin Drilon issued new guidelines, which excluded distressed firms from the list of exemptions.  So we are now checking the conflict on the list of exempted organization and employers,” Benavidez told The Philippine STAR in an interview.

According to Benavidez, the National Tripartite Industrial Peace Council (NTIPC) is set to meet today, Oct. 13, to discuss and clarify the interpretation of this provision in the IRR of PD 851.

Last week, DOLE Secretary Silvestre Bello III said the definition of “distressed” must first be clarified to determine which companies are covered by the exemption provided under the IRR.

No application for exemption in the payment of 13th month has been filed with the DOLE in the recent past. However, many companies are likely to seek the exemption as a result of the pandemic.

According to Bello, the exemption is not automatic and can be granted only if a company applies for it.

Aside from clarifying the provision in the IRR, Benavidez said the NTIPC will also look into the possibility of DOLE issuing an advisory allowing the deferment of the 13th month pay if this is agreed upon by the employers and their workers.

“Most probably we will present the matter to labor and employers’ sectors and discuss the possible content of the advisory,” Benavidez said, referring to the deferment.

He emphasized that an advisory would not create a new right or obligation for the two sectors.

“The advisory will just provide guidelines for employers and workers, such as when the 13th month pay will be paid. Will the employers have to pay it now, considering that workers are already entitled and would just claim the benefit?” he pointed out. 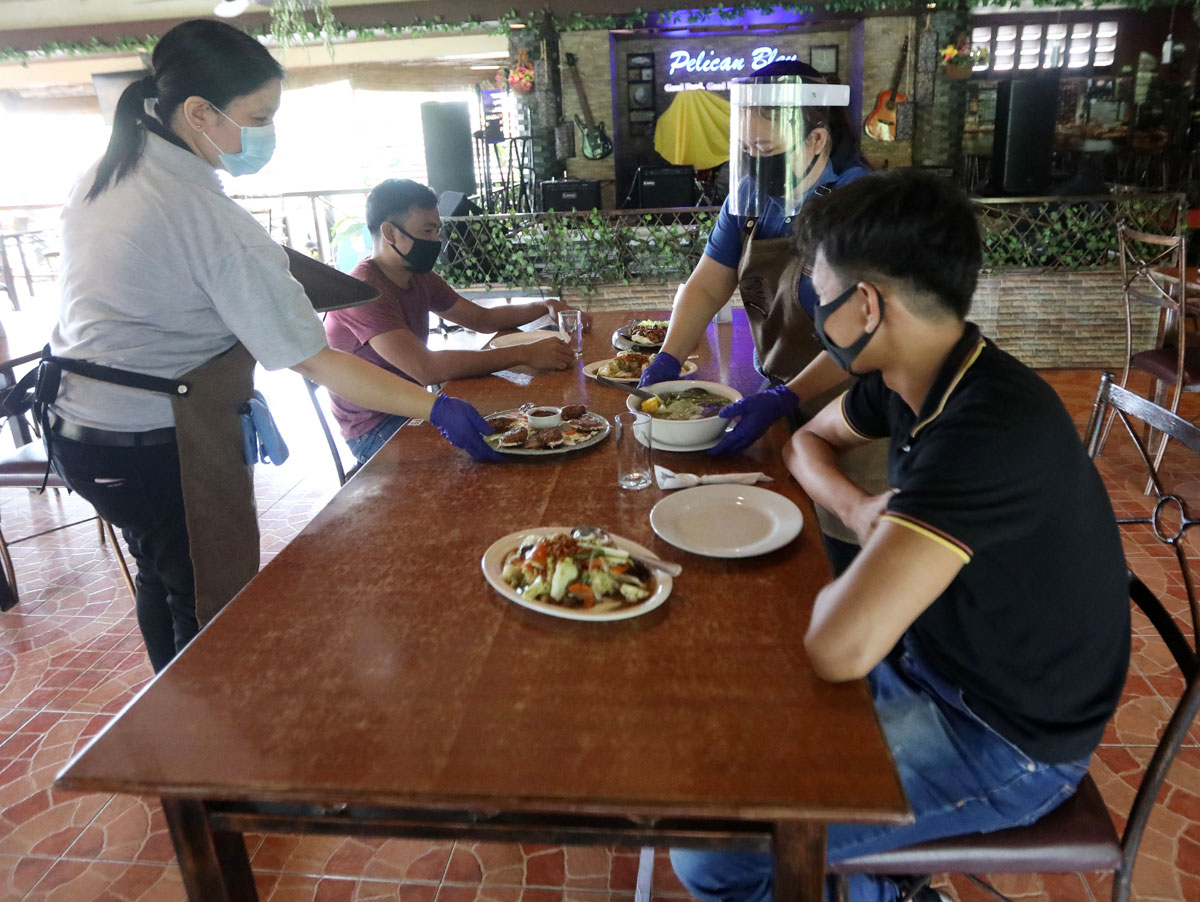 PD 851 itself, which was issued by the late strongman Ferdinand Marcos, does not provide for deferment in the payment of the financial benefit. But given the current circumstances, Benavidez said workers and employers may forge an agreement for possible deferment of the 13th month pay.

If there is such an agreement, Benavidez said payment of the 13th month benefit could be deferred. But DOLE cannot impose the rules because an advisory is just a guideline and not binding.

Benavidez stressed that the issuance of the DOLE advisory on the deferment is not yet definite, and must be decided with the approval of both workers and employers.

In December 2018, Bello issued an advisory requiring all employers in the private sector to give their employees 13th month pay not later than Dec. 24 of every year.

The law defines 13th month pay as “1/12th” of the basic salary of an employee within a calendar year.  The basic salary includes all earnings paid by employers for services rendered, but excludes all monetary benefits, which are not integrated as part of the regular basic pay. The benefit can be greater than a month’s basic pay but not less.

Regardless of the position and the wage mode, employees in the private sector are entitled to 13th month pay provided that they have worked for at least a month during the calendar period.

Every covered employer is required to submit to DOLE a report on compliance with the law not later than Jan. 15 of each year.

For the past years, Benavidez said DOLE has recorded a high compliance rate, but “expectedly, the pandemic would have an impact.”

“Many establishments have closed and may workers have lost their jobs.  The concern now, really, is the capacity of the employers to pay,” Benavidez said.

“The worker has the right to claim. But the question is, can the employer afford to pay? If not, the worker may file a complaint before the DOLE, which may take a while to be resolved. That is why we are thinking if it is possible for the employers and workers to just agree on the time of payment,” he added.

Actually, Benavidez said most workers are waiting for just half of the 13th month pay as many companies already distributed the benefit partially in May upon the request of DOLE.

Even companies that have folded up, Benavidez noted, are still mandated to grant their workers final pay, which includes the 13th month. Many of those who were terminated have rendered services for at least a month prior to the lockdowns imposed due to the pandemic so they are entitled to the 13th month.

In the first half of the year, Benavidez reported that many companies were still financially sound, but the situation has been reversed in the third quarter.

“Employers are mandated, but we don’t know if the employers are capable of paying the remaining half of the 13th month. That’s what we are going to discuss in the NTIPC meeting,” he said.

NTIPC is a consultative and advisory body comprising representatives from both employers and labor as well as the DOLE secretary.  Representatives from other government agencies may also be called to participate, depending on the issue to be discussed.

Benavidez said DOLE has observed an increasing number of complaints of illegal dismissal filed by workers following the lockdowns. Based on the trend, he said there is also a higher probability that cases of non-payment of 13th month will also balloon.

Workers who have been temporarily laid off, he says, are also likely to file a complaint if their employers do not rehire them. The law requires employers to rehire temporarily terminated employees after six months. Benavidez said DOLE is studying whether this period should be extended. Labor groups are opposing this. 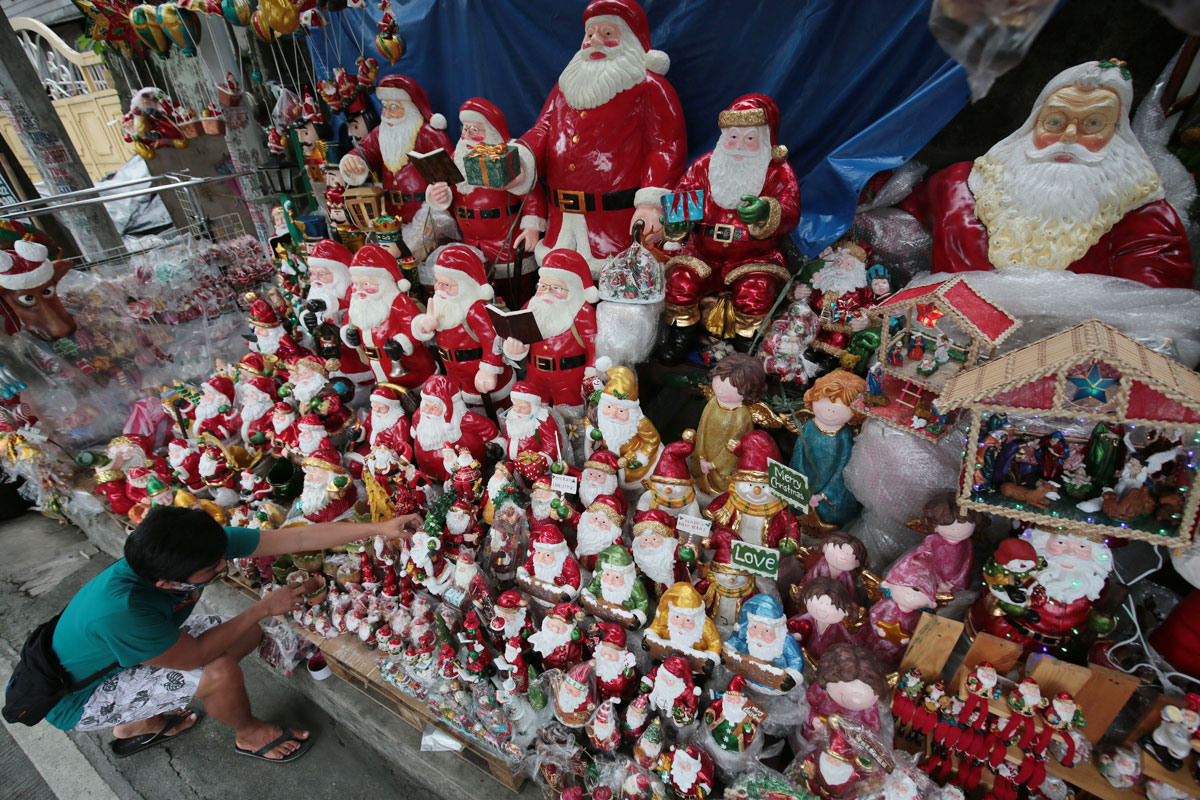 Labor groups are also against the deferment of 13th month pay.

Employers and business owners, Seno emphasized, should take a hard look not only at their businesses, but also at the plight of their employees. “We urge them not to forgo payment of the 13th month pay of their employees,” Seno said.

Seno also called on the DOLE not to tinker with the 13th Month Pay Law so as not to worsen the suffering of workers.

For its part, the Nagkaisa Labor Coalition also rejected the request of employers’ groups for DOLE to extend the six-month floating status of workers affected by the pandemic.

“Under the law, suspension of employment cannot exceed six months. The DOLE’s proposal allowing an extension of the period when employment is suspended for six more months does not have any support in law,” Nagkaisa said in a statement.

According to Nagkaisa, the DOLE has no authority to issue a department order or advisory in violation of the Labor Code. “Only Congress can amend the law, if it agrees with the DOLE’s intent to prolong the floating status of employment,” Nagkaisa stressed.

Nagkaisa expressed concern over what it described as the extra-legal measures that DOLE has been undertaking “in the guise of coping with the current pandemic.”

Instead of exacerbating the suffering of workers, Nagkaisa asked the Duterte administration to extend subsidies to small and medium enterprises (SMEs) to prevent displacement of more workers.

The Kilusang Mayo Uno (KMU) and Associated Labor Unions-Trade Union Congress of the Philippines (ALU-TUCP) also opposed the deferment of 13th month pay, saying this is “illegal and utterly heartless amid a pandemic and crisis.”

In a statement, KMU said there is a much greater need for employers to fulfill their duties to workers and ensure their rights to wages and benefits during the pandemic.

“Workers have long fought and won battles to receive and protect their right to the 13th month pay. The workers stand that it is a right, not a privilege that can be taken away when the persons in power want,” the group noted.

For its part, ALU-TUCP maintained that the 13th month pay is “moot because it has been accrued and earned by employees since Jan. 1, 2020 up to present.”

“It cannot be waived, forgone, cancelled, deferred or unpaid … There is no provision in the 13th Month Pay Law or Presidential Decree 861 that allows exemption or defers payment of (the 13th month pay),” the ALU –TUCP said.

The 13th month pay cannot be deferred unless the law is amended, presidential spokesman Harry Roque said Monday after the DOLE said that small businesses that are “in distress” may be exempted from the requirement.

“The law has not been amended. That is the law,” Roque said in a press briefing. “Let’s allow the DOLE to study that. But I think until a new law is passed, that cannot be deferred.”

About two million workers would be affected if the giving of the 13th month pay is postponed, the Employers Confederation of the Philippines has said.

Senators also said last week that the 13th month pay could not be deferred.

“It is just called 13th month pay. Hence it must be paid. Employees are more distressed compared to their capital-providing employers. Hence the employees’ interests and needs must not be sacrificed at all or in any way,” Pimentel argued.

He expressed belief that other sectors should make sacrifices, not workers.

Drilon, who is Senate minority leader, corrected Bello’s statement that the law allows distressed employers to be exempted.

The senator said PD 851 does not allow any exemption and that the law covers all employers, except those already paying its equivalent.

“It is only in its IRR where you find exemptions for compliance for distressed employers. While it is true that the IRR states that distressed employers are exempted from paying 13th month pay to employees, this IRR is questionable as going beyond the law. And the exemption must be per enterprise, and not a general exemption,” Drilon contended.

He warned that deferment of the 13th month pay by agreement of the parties is invalid as well because legal compliance cannot be the subject of an agreement between the employee and employer. – With Alexis Romero, Sheila Crisostomo, Paolo Romero