To Cope With the ‘New Normal,’ Psychiatrist Stresses Need for Healthy Journey Toward Acceptance

“A healthy journey from shock and denial through to acceptance actually makes us better persons. But it has to be a healthy journey,” says Dr. Salvador Benjamin Vista of the Asian Hospital and Medical Center. 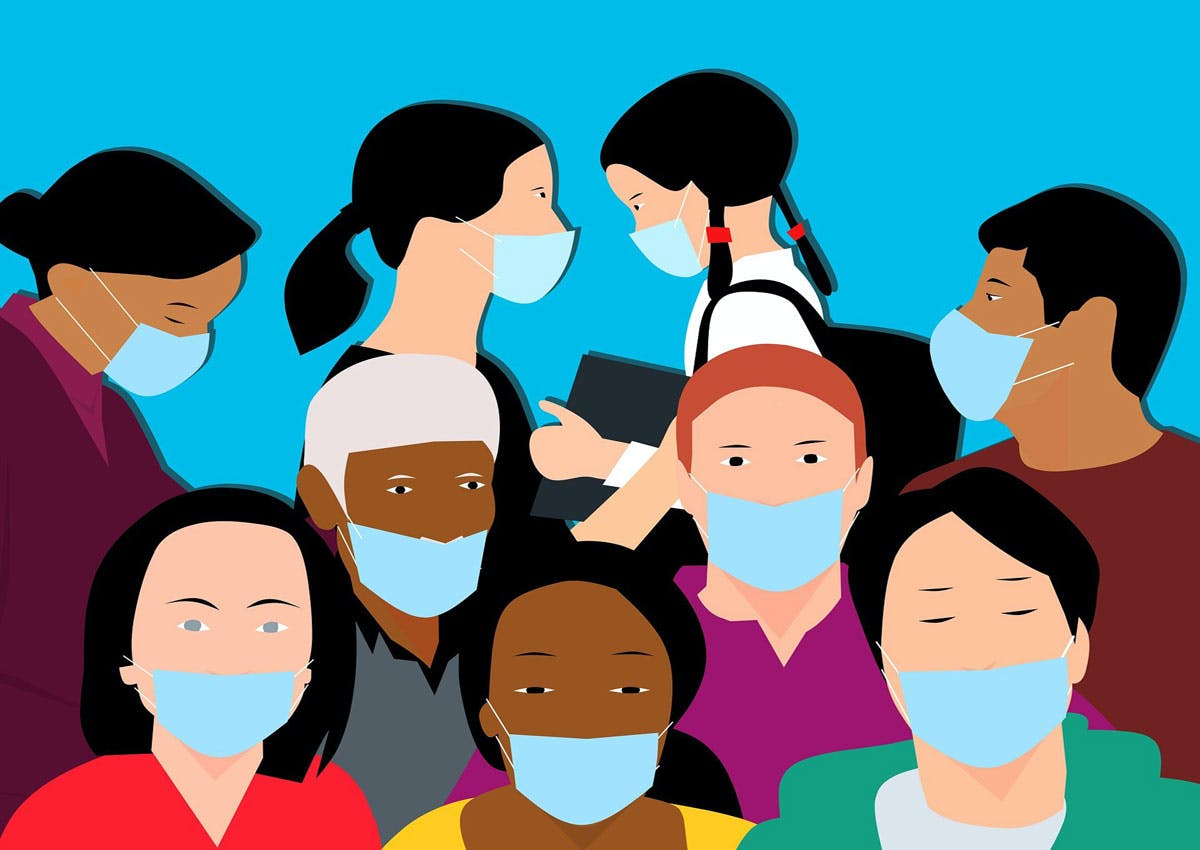 Image by Mohamed Hassan from Pixabay

The grief people feel in the throes of the ongoing coronavirus disease 2019 (COVID-19) pandemic may not necessarily be mental illness, but the journey toward acceptance of the “new normal” must be healthy, according to Dr. Salvador Benjamin Vista, the chair of the Department of Psychiatry of the Asian Hospital and Medical Center.

“In many cases, it’s really not a mental illness they’re dealing with. But the feelings COVID arouses in us are so difficult to deal with and to rationalize,” said Vista, also an associate professor of the University of the Philippines College of Medicine and medical director of The One Algon Place Behavioral Health Resource Center.

Vista shared his insights in the webinar titled “Navigating Through the New Normal: Coping at the Threshold of a New Reality” and hosted by the Philippine College of Physicians on Tuesday, Oct. 13.

He said people could have a “resilient” and “integrated” mind by being mindful of the body, the mind, and relationships with other human beings, with the environment, and with God or whatever being he is conceived to be.

When it comes to the mind, Vista noted: “Stop grieving that our old world is gone.”

“We have lost our normalcy. What we consider normal is no longer there. Or at least some of it is there, but much is gone,” Vista said, citing diminished security and earning capacities, disruption of old habits and relationships, and the loss of loved ones.

“So much of our former life is gone... and the discomfort you are feeling in these times... the mixture of anxiety, depression, even crying spells, even panic symptoms, they may not be actually mental illnesses, but they are a very important part of the grieving process,” he said.

Vista walked through the stages of grief based on Swiss-American psychiatrist Elisabeth “Kübler-Ross model” – denial, anger, bargaining, depression and acceptance.

Kübler-Ross was a Swiss-American psychiatrist, a pioneer in near-death studies, and author of the internationally best-selling book, On Death and Dying (1969), where she first discussed her theory of the five stages of grief.

When people experienced shock and denial, they thought the virus would not reach the Philippines or would not cause so much destruction. Then the mood shifted to anger as the Duterte administration heavily relied on lockdowns to respond to the pandemic.

It eventually turned to bargaining when people thought the virus would go away after two weeks of staying home. People became sad when this did not come to pass and could no longer see when the crisis would end.

“What we want to do is to move to the final phase of Elizabeth Kübler-Ross’ grief stages, which is acceptance. All right, this is happening. I have to figure out how to proceed,” Vista said.

Vista stressed that grief is not all that bad. “A healthy journey from shock and denial through to acceptance actually makes us better persons. But it has to be a healthy journey,” he said.

People nowadays experience not just grief over what was already lost, he noted, but also “anticipatory grief of losing even more because of the uncertainty of the situation.” When worrying about the future becomes unhealthy, this is what is described as anxiety.

“Unhealthy anticipatory grief is anxiety. Anxiety is our brain trying to protect itself. It’s living the uncertain future in the present,” Vista said.

“Instead of using our ‘thinking’ brains, we are using our ‘feeling’ brain and ‘threat’ brain,” he added, explaining that those under a state of threat would be in a “fight, flight, freeze, faint” mode. 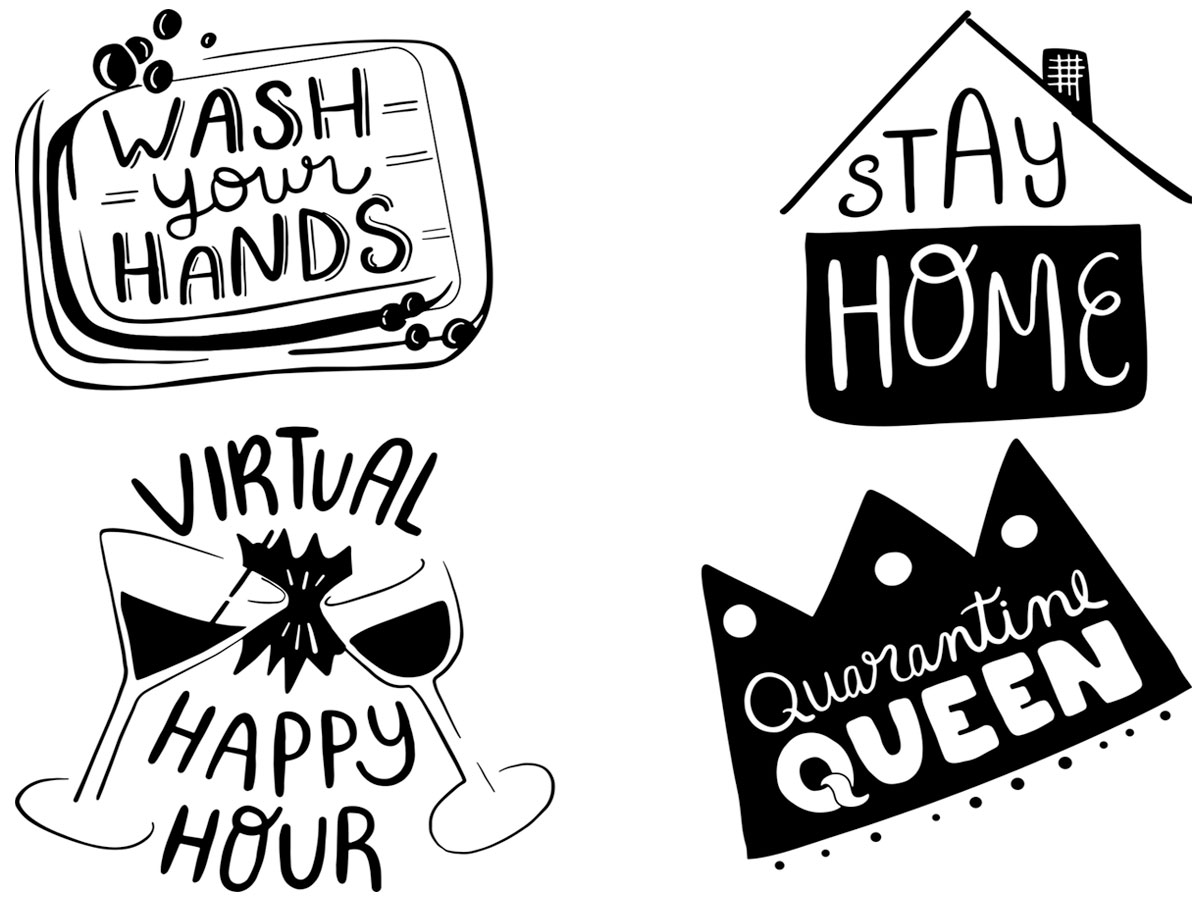 For the journey toward acceptance of the “new normal” to be healthy, Vista explained that people must “traverse the space, which we call the threshold or liminal space” between the known and the unknown.

Vista described “liminal space” as the place between extremes where change happens. In terms of structure, it is “transforming from chaos, establishing order, and hopefully not transferring to rigidity.” In terms of time, it is daytime, the “time for rituals” between twilight and dawn – the “space and time in order for it to be open for change.” It may be compared to the beach, crossroads, airports or the church.

“Many of us tend to hang on to the beliefs and not traverse the liminal space and remain in that bubble [of known reality]… If you have that bubble, there’s that tendency for you to reject change,” he said.

Part of accepting that things have changed is acknowledging the grief that comes with it. “Don’t force the feelings to go away because that just adds to the pain. If you want to express your anger, cry a little bit, allow yourself to do that. Acknowledge these feelings one by one,” he advised.

Some people have resorted to exploring their creative side and other indoor habits in the time of the pandemic. Vista said “we all need to be doing that.” But he cautioned that people should keep their expectations realistic.

“You must keep reminding yourself of your own power as well as the limits of control. Get more knowledge... Be humble in the face of disappointment,” he said.

Things may become quite complicated when dealing with adolescents, but Vista emphasized that parents “should not stop them from linking with their peer group” online and “should also not restrict them.” He pointed out the “psychological and neurological need” of teenagers for the companionship of their friends especially in these trying times.

Taking care of the body

Vista recommends “quiet time” of 30 minutes to one hour when one can just be by “yourself in your thoughts.” As for the body, he says people should “balance the gut,” since a good diet helps what is “usually called the second brain.”

According to Vista, people should try to sleep at night for seven to eight hours, depending on their age and work. “It is during sleep at night when the neurotransmitters you’ve used during the day, when your brain is busy and active, return to their original place, so it can be used the following day,” he said.

Vigorous exercise of at least 30 minutes a day also helps release naturally occurring anti-depressant and anti-anxiety chemicals in the brain. Vista underscored that people should avoid drugs, alcohol as well as addictions to social media, computer gaming and online shopping.