According to UNICEF, handwashing with soap is key in the fight against COVID-19 as “it destroys the outer membrane of the virus and thereby inactivates it.” 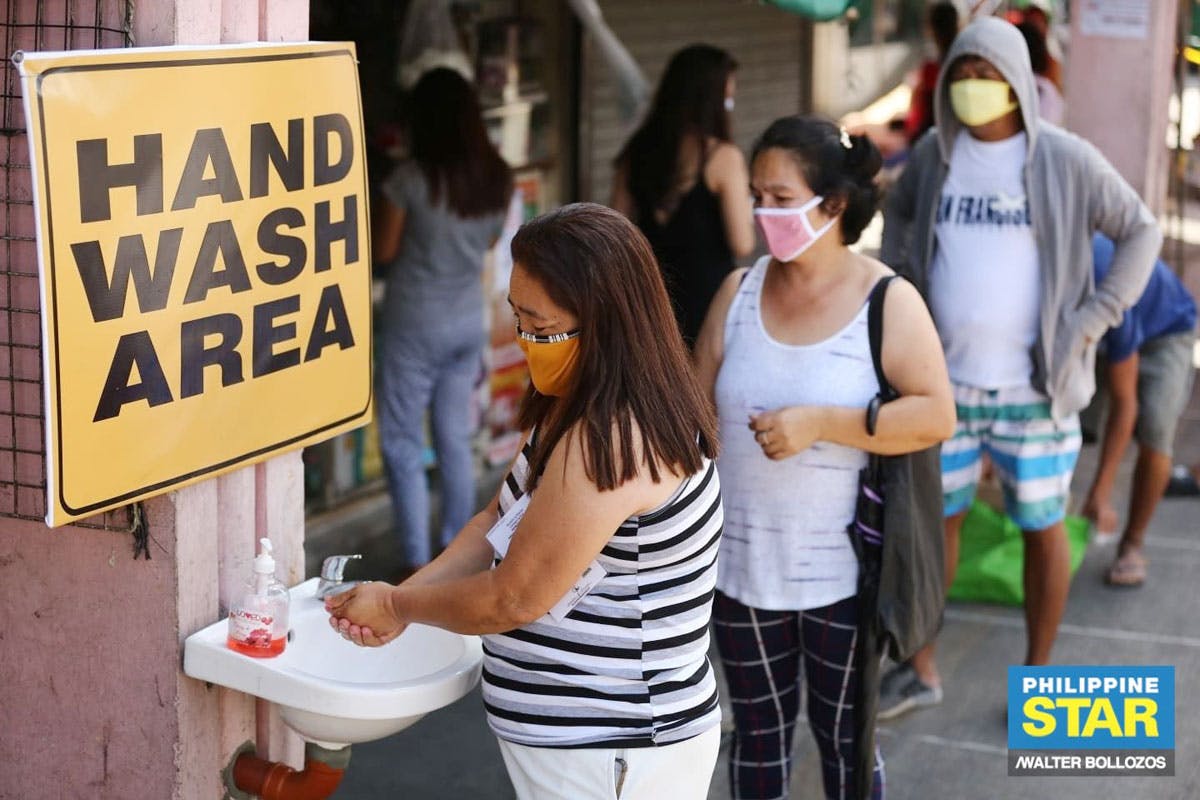 To prevent the spread of coronavirus disease 2019, shoppers wash their hands before entering a public market in Teresa, Rizal on March 25, 2020. Photo by Walter Bollozos, The Philippine STAR

Although critical in the fight against infectious diseases including the coronavirus disease 2019 (COVID-19), millions of people around the world have no ready access to a place to wash their hands with soap, the United Nations Children’s Fund (UNICEF) said, in time for Global Handwashing Day on Thursday, Oct. 15.

In the Philippines, the Department of Health (DOH) and UNICEF bared that over seven million urban Filipinos lack basic handwashing facilities at home.

• Only three out of five people worldwide have basic handwashing facilities.

• Forty percent of the world’s population, or three billion people, do not have a handwashing facility with water and soap at home.

• In the least developed countries, seven out of 10 schools have no place for children to wash their hands with water and soap.

In the 60 countries identified as having the highest risk of health and humanitarian crises due to the virus, this is the situation:

• Two out of three people – one billion people in total – lack basic handwashing facilities with soap and water at home. Around half are children.

“Three quarters of those who lack access to water and soap live in the world’s poorest countries and are amongst the most vulnerable: children and families living in informal settlements, migrant and refugee camps, or in areas of active conflict. This puts an estimated (one) billion people at immediate risk of COVID-19 simply because they lack basic handwashing facilities,” UNICEF and the World Health Organization (WHO) said as they launched the Hand Hygiene For All initiative in June.

On Thursday, Kelly Ann Naylor, UNICEF associate director of Water, Sanitation and Hygiene, said in a press statement that “it’s unacceptable that the most vulnerable communities are unable to use the simplest of methods to protect themselves and their loved ones.”

“We must take immediate action to make handwashing with soap accessible to everyone, everywhere – now and in the future,” Naylor stressed.

UNICEF promotes handwashing in over 130 countries. The Hand Hygiene for All initiative that it launched with WHO supports the development of national roadmaps to accelerate and sustain progress toward making hand hygiene a mainstay in public health interventions.

“This means rapidly improving access to handwashing facilities, water, soap and hand sanitizer in all settings, as well as promoting behavioral change interventions for optimal hand hygiene practices. Bringing together international, national, and local partners, the initiative aims to ensure affordable products and services are available and sustainable, especially in vulnerable and disadvantaged communities,” UNICEF said.

According to UNICEF, handwashing with soap is key in the fight against COVID-19 as “it destroys the outer membrane of the virus and thereby inactivates it.”

“One study found that regular handwashing with soap can reduce the likelihood of common coronavirus infection by 36 percent,” UNICEF said. 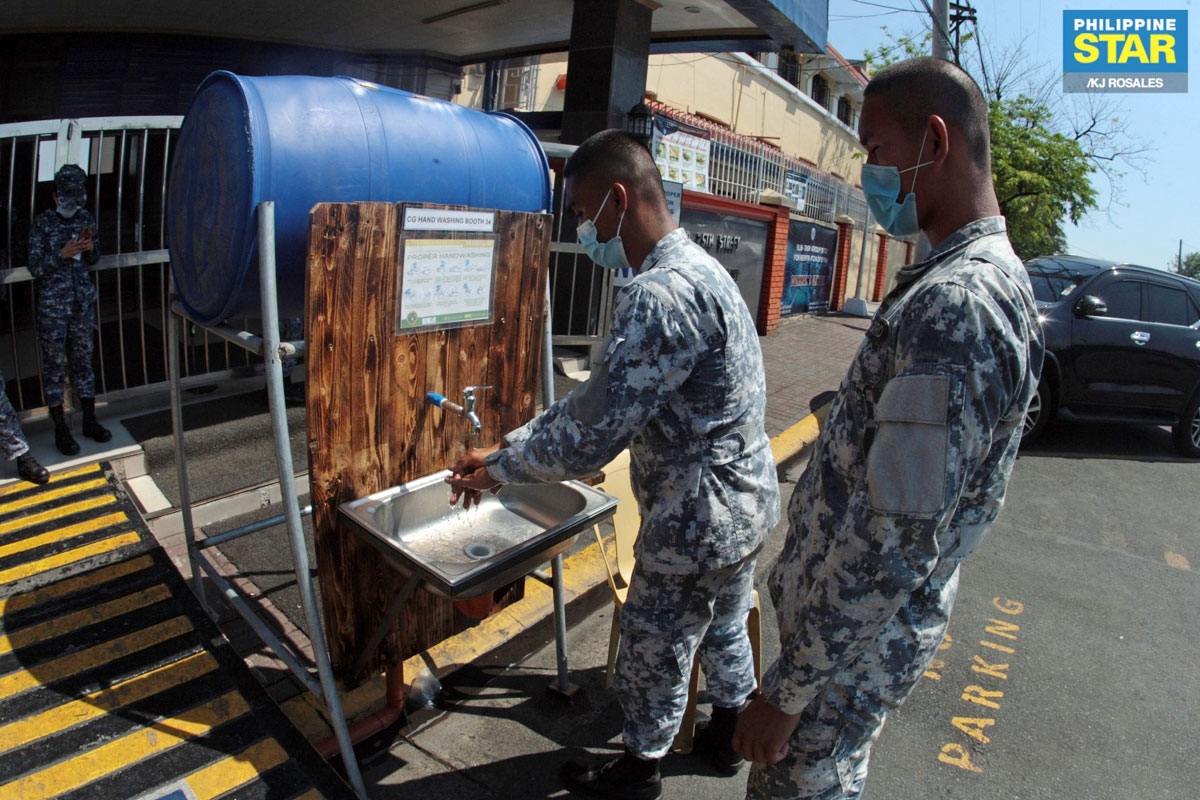 However, based on 2019 data, over seven million urban Filipinos cannot benefit from this as they are unable to wash their hands due to lack of access to a handwashing facility, water and soap.

“This is found to be highest among poorest households and those living in rural areas. From school year 2018 (to) 2019 data, only half of schools have at least one group handwashing facility with soap,” UNICEF said.

UNICEF partnered with the Department of Education and DOH in bringing together a national handwashing roadmap, which is a critical step toward a safer future for children in the Philippines, Dendevnorov said.

The lack of access to hand hygiene facilities is not just in homes and schools but also in workplaces, healthcare facilities and public spaces, UNICEF noted.

“Even when awareness and knowledge around handwashing is high, actual practice is often found to be much lower. In a study in 2018 by the (DepEd) and UNICEF among school children, observations demonstrated that less than (eight percent) did actually wash their hands after using the toilet even when a handwashing facility with soap and water was available. The issue is a detriment to public health and safety and requires structural change from the whole of society and the government, acting together,” UNICEF pointed out.

DOH Secretary Francisco Duque III said along with the DepEd, “we are calling on everyone to do their share to beat the COVID-19 virus today and ensure better health outcomes beyond the pandemic.”

“To achieve our objectives, we need all sectors to renew our efforts and commitment – local officials and authorities, local health workers, teachers, parents and community members,” he added.

Duque said it is vital to combine expertise in health, education, communication and community knowledge to raise awareness and promote hygienic and safe practices to save lives and reduce illnesses.

The DOH previously launched the Bida Solusyon sa COVID-19 campaign, which aims to reinforce and enable four key preventive behaviors. One of these is hand hygiene or cleaning of hands through handwashing with soap and water or sanitizing with alcohol-based hand rub.

For years, the DOH has been promoting handwashing practice as an integrated part of its health programs, particularly through the Zero Open Defecation Program, which utilizes approaches and strategies under the umbrella concept of total sanitation to curb open defecation practices and promotes frequent and proper hand washing.

For her part, DepEd Secretary Leonor Briones said the department has been celebrating Global Handwashing Day in schools since 2008, in recognition of the importance of building the habit of handwashing among children to ensure their health.

“With the children continuing their learning at home because of the pandemic, we call on families to make their homes a safe environment to live and learn, and teach their children to make handwashing a habit. And when we do return to school, handwashing will be key in ensuring safety of our children,” Briones said.