Day 2 of the 30th Southeast Asian Games saw the Philippines' athletes gather more medals to maintain its lead in the medal tally and step closer to its goal of becoming overall champion again. 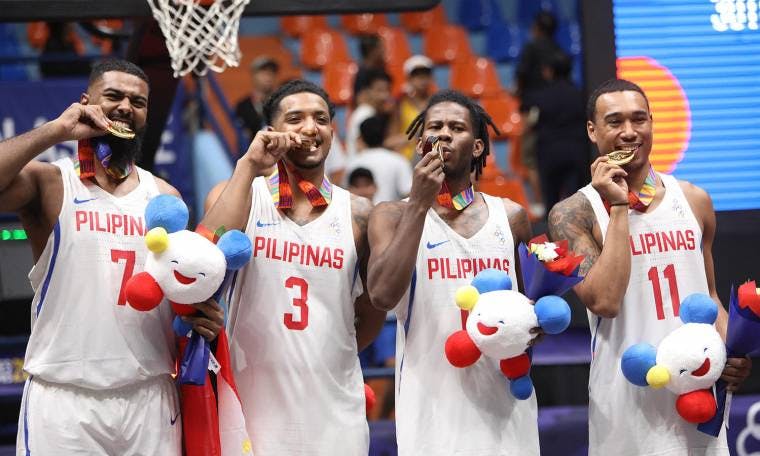 Just a day after the men’s squad swept the arnis live stick competition of the 30th Southeast Asian (SEA) Games, the women also delivered and did their part in the padded stick, romping four gold medals and capped a day of perfection for the Philippine Eskrima Kali Arnis Federation.

Soriano was even more impressive, shutting down her opponent with an 11-0 victory over Myanmar’s Oo Maw Maw in the featherweight division (50 to 55 kg).

Monville repulsed the challenge of Myanmar’s Aye Moe Mo, 6-3, in the lightweight category (55 to 60 kg) and Abad edged Vietnam’s Nguyen Thi Cuc, 1-0, in the welterweight division (60 kg and above).

The men’s side missed one from completing a sweep as three of the four bets entered in the padded stick event were able to contribute to the Filipino squad’s production.

So far, the Philippine arnis team has emerged with the most number of gold collections with 12, surpassing dancesports, which earlier delivered 10 on Sunday, proving to everyone that this is the sport that truly belongs to  the Filipinos.

Cycling also produced a sweep for Team Philippines as its entries in the Mountain Bike Downhill ruled their respective divisions.

John Derick Farr and Lea Denise Belgira made their presence felt, each of them making up for the ill-fated Ariana Dormitorio, who was favored to win in the event, but couldn’t finish the race after figuring in a crash earlier.

Farr, who registered the fastest time speed in the race with an average of 33.51 kilometers per hour, clocked in at two minutes, 41.133 seconds to upstage compatriot Eleazar Barba Jr. and Indonesian rival Andy Prayoga.

Sensing she needed to step up following Dormitorio’s exclusion from the race, Belgira set the pace and dominate the distaff side with a time of three minutes and 9.781 seconds. 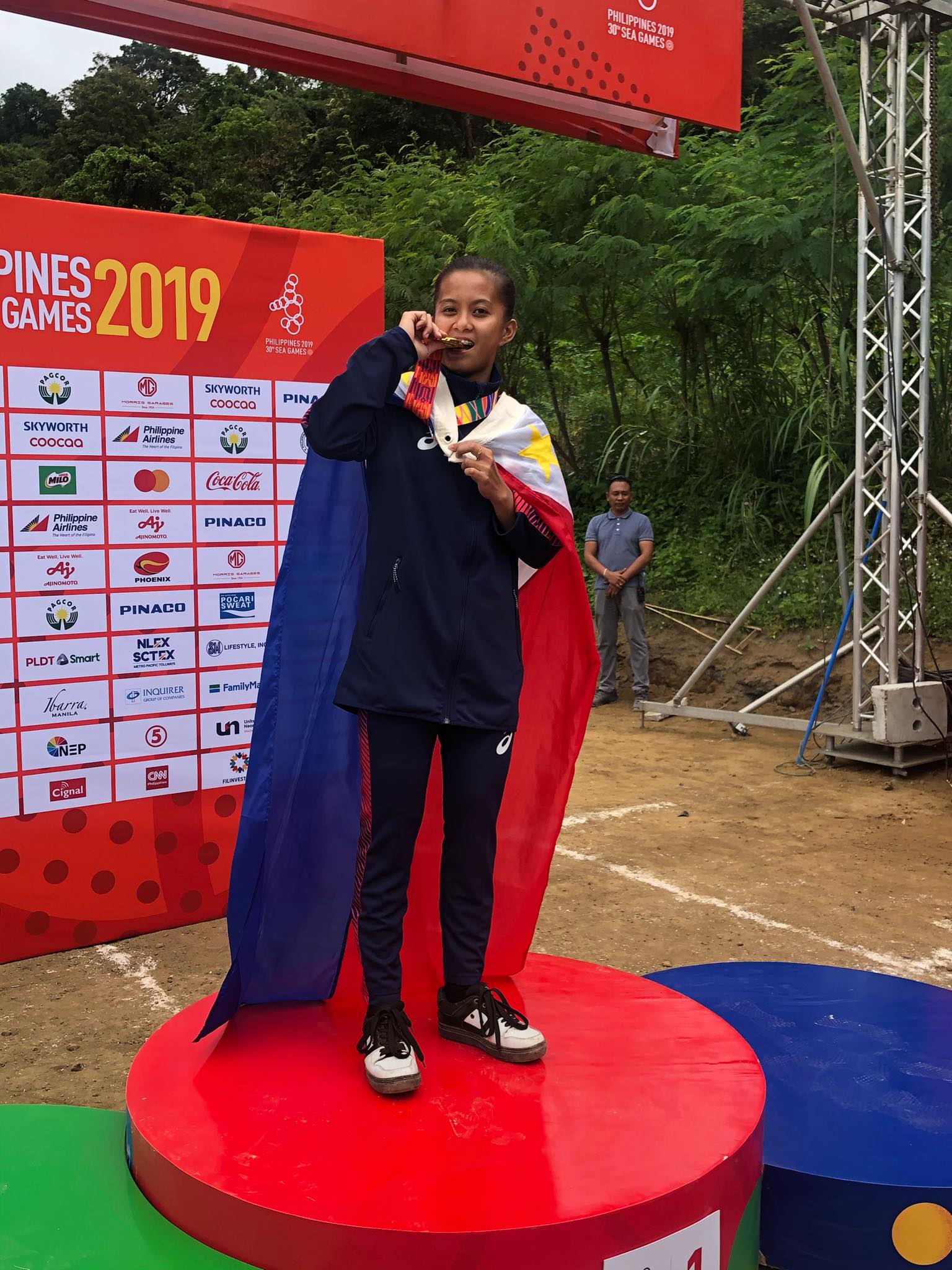 But it’s not only arnis and cycling which continued to reassert their dominance in the ongoing multi-sports event.

Triathlon, which swept the men’s and women’s individual race on Sunday, made its presence felt anew even as duathlon also contributed in the medal haul.

The mixed relay triathlon team of Kim Mangrobang, Claire Adorna, Fernando Casares and John Chicano dominated the field and went on to win the gold medal, giving the Triathlon Association of the Philippines its third in this year’s biennial meet.

Duathlon had a gold and silver finish in the women’s and men’s category.

Counting the historic gold medal feats of the men’s and women’s 3x3 squad and Hidilyn Diaz’s first gold medal in the SEA Games as well as lawn bowl’s pair of Rodel Labayo and Angelo Morales and and men's seni tunggal’s Edmar Tacuel’s triumphant campaigns, the Philippines was able to keep a hold of the overall lead in the overall medal tally. 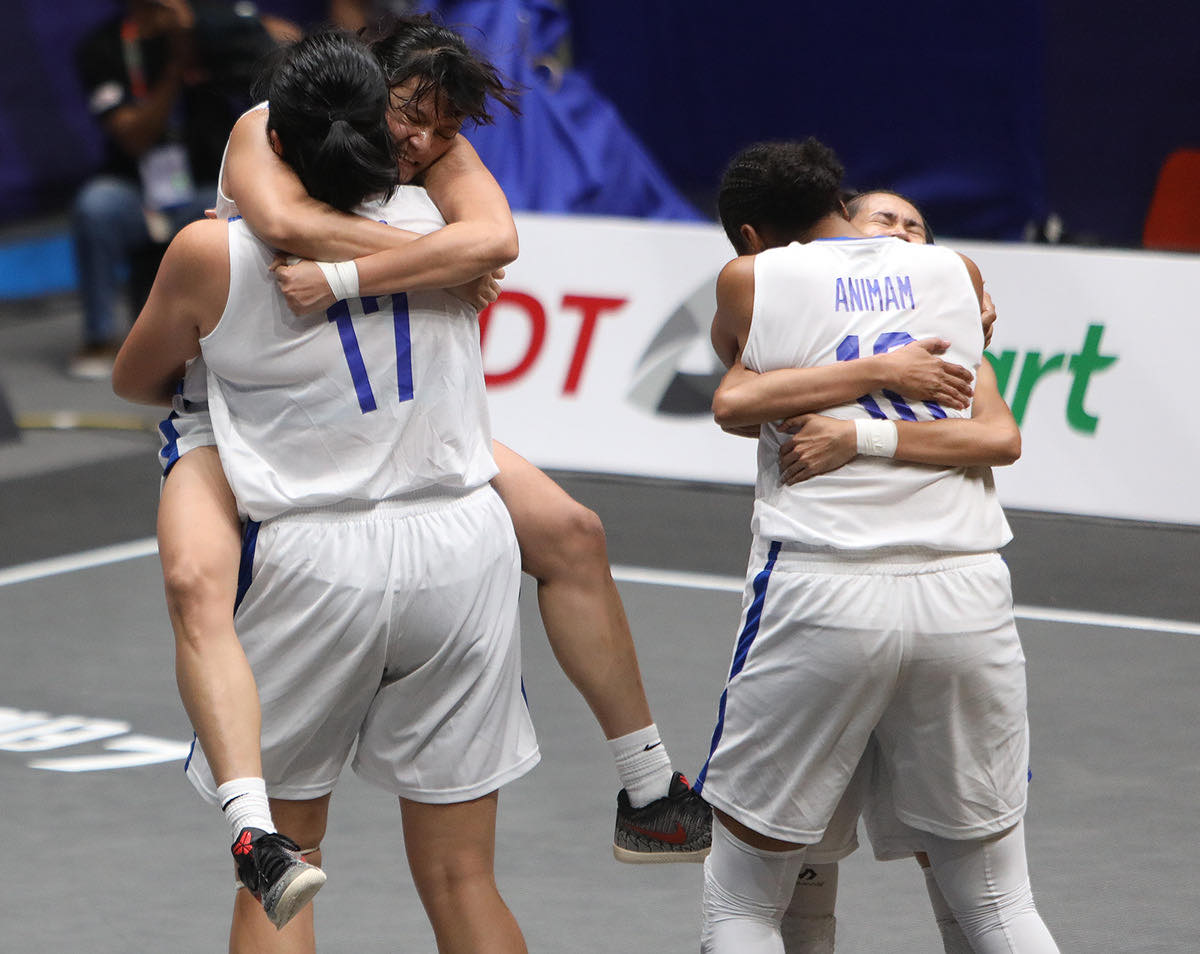 Diaz and our basketball teams were able to notch their first gold medals in the SEA Games and the historic feat couldn’t come at a perfect time by winning it at home.

Flirting with the gold medal since the 2007 SEA Games where she set a Philippine record, Diaz, an Olympian, finally ended years of frustration by winning her first gold medal in the biennial meet. She has added the latest feat to her impressive resume that included a silver medal in the Rio de Janeiro Olympics, a gold medal feat in last year’s Asian Games and a gold in the Asian Championships in Thailand.

Diaz set the bar by lifting the heaviest weight in snatch at 91 kg and 120 kg in the clean and jerk in her third attempt on her way to registering the best aggregated kilograms of 211 in front of the delighted crowd inside the Ninoy Aquino Stadium.

The Filipina upstaged her closest rival, Thi Thuy Nguyen of Vietnam, who compiled 197.

Diaz had shown her readiness to compete in the 2020 Olympics in Tokyo.

But Diaz wasn’t the only one who took center stage as our basketball teams also had their own share of spotlight in the 3x3 event.

Inspired by the Filipinas’ feat, the Gilas Pilipinas men’s basketball team pounded its way to the championship round and the stars from the PBA composed of rookie CJ Perez, Mo Tautuaa, Chris Newsome and Jason Perkins ran roughshod over Indonesia.