Based on a Pulse Asia survey, unwillingness to get a vaccine for COVID-19 was highest among respondents from the poorest sector or Class E with 56 percent, followed by those in Class D with 46 percent and Class ABC with 43 percent. 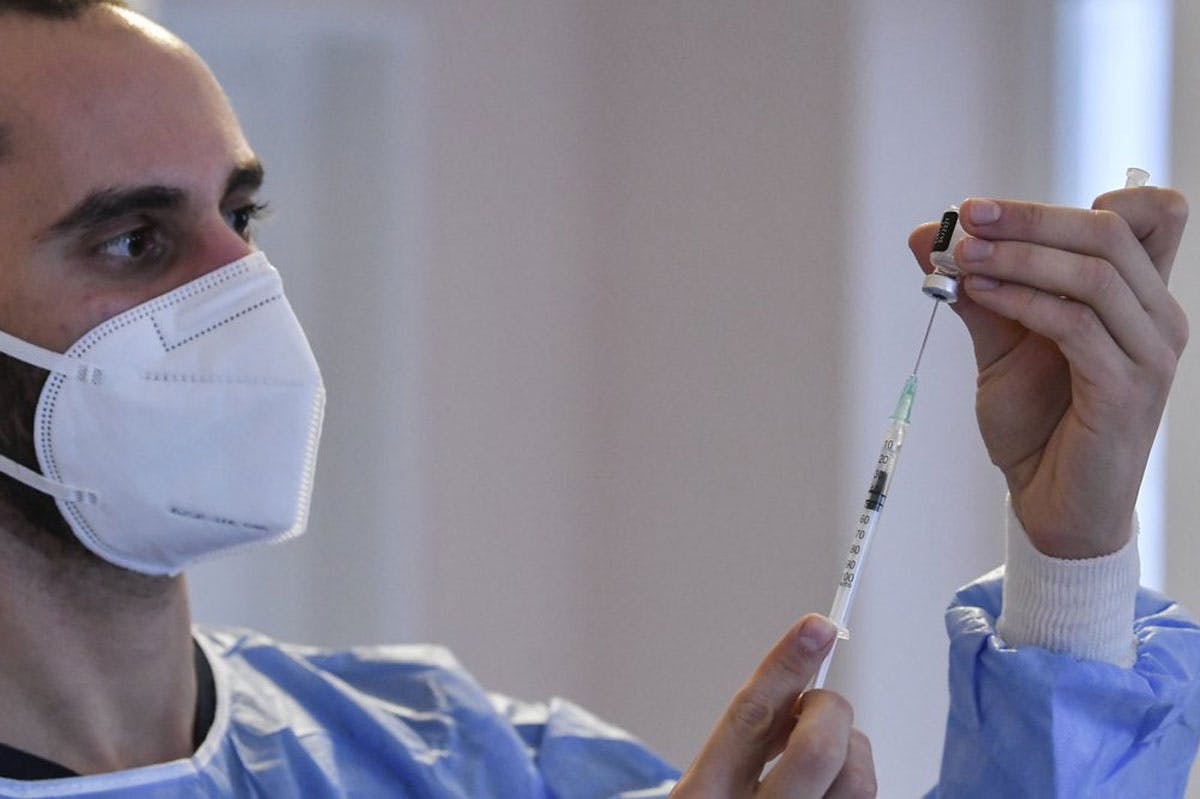 A nurse prepares a vaccine prior to the vaccination of elderly people at a nursing house in Athens, Greece on Jan. 4, 2021 as vaccinations were expanded from nine to 50 hospitals nationwide. Pool photo via AP

Procuring enough vaccines to develop herd immunity among Filipinos may not be the only problem that officials will face in its response to the coronavirus disease 2019 (COVID-19) pandemic.

The latest “Ulat ng Bayan” national survey conducted by Pulse Asia showed that only 32 percent of its 2,400 respondents were willing to get the vaccine for COVID-19 when it becomes available.

The survey – conducted from Nov. 23 to Dec. 2 with the results released Thursday, Jan. 7 – showed that 47 percent were not willing to get vaccinated, while 21 percent said they were undecided.

Despite repeated assurance by regulators that only vaccines that have passed safety tests would be authorized for public use, 84 percent of those who said they were unwilling to get the vaccine still underscored safety concerns as their primary reason.

Seven percent said the vaccines might not be free, while five percent reasoned it is not needed to combat the viral illness.

Four percent stated the vaccine might be costly or expensive.

Officials earlier announced that the vaccines would be made available for free for Filipinos.

The latest survey results highlighted the eroding trust of the general public on vaccines, which some experts previously attributed to the controversy surrounding the anti-dengue vaccine Dengvaxia.

Unwillingness to get a vaccine for COVID-19 was highest among respondents from the poorest sector or Class E with 56 percent, followed by those in Class D with 46 percent and Class ABC with 43 percent.

On the other hand, those from Class ABC had the highest willingness to get a vaccine at 33 percent, followed by those in Class D at 32 percent and Class E at 30 percent.

More than half or 55 percent of the respondents in the Visayas were also unwilling to get a vaccine, followed by those in Mindanao with 48 percent, Luzon with 46 percent and Metro Manila with 41 percent.

Willingness to get a vaccine, meanwhile, was highest among those in Mindanao at 40 percent, followed by those in Metro Manila at 37 percent, rest of Luzon at 29 percent and Visayas at 25 percent.

Pulse’s survey somehow reflects the results of another poll conducted by the OCTA Research Group in Metro Manila around the same time.

Conducted from Dec. 9 to 13 with the results released last Tuesday, Jan. 5,  OCTA’s “Tugon ng Masa” survey showed that only 25 percent of the 600 respondents in the metropolis are willing to get vaccinated.

Twenty-eight percent said they were unwilling, while 47 percent were undecided.

Both surveys were conducted prior to the controversy on the use of unauthorized Chinese vaccines by the Presidential Security Group (PSG), which President Duterte himself announced late last month.

Both the Pulse Asia and OCTA polls showed that most Filipinos follow health protocols implemented in response to the pandemic, although with different level of compliance depending on the specific measure.

In the Ulat ng Bayan survey, Pulse asked its respondents to choose up to three measures that they take to avoid COVID-19.

Seventy-one percent said they regularly clean their hands using water and soap, while 66 percent responded that they use face masks.

Thirty-two percent said they stay at home when it is not necessary to go out, while 30 percent answered  they observe physical or social distancing. Twenty-percent use face shields and avoid crowded places, the survey showed, while 14 percent pray to avoid contracting the virus. 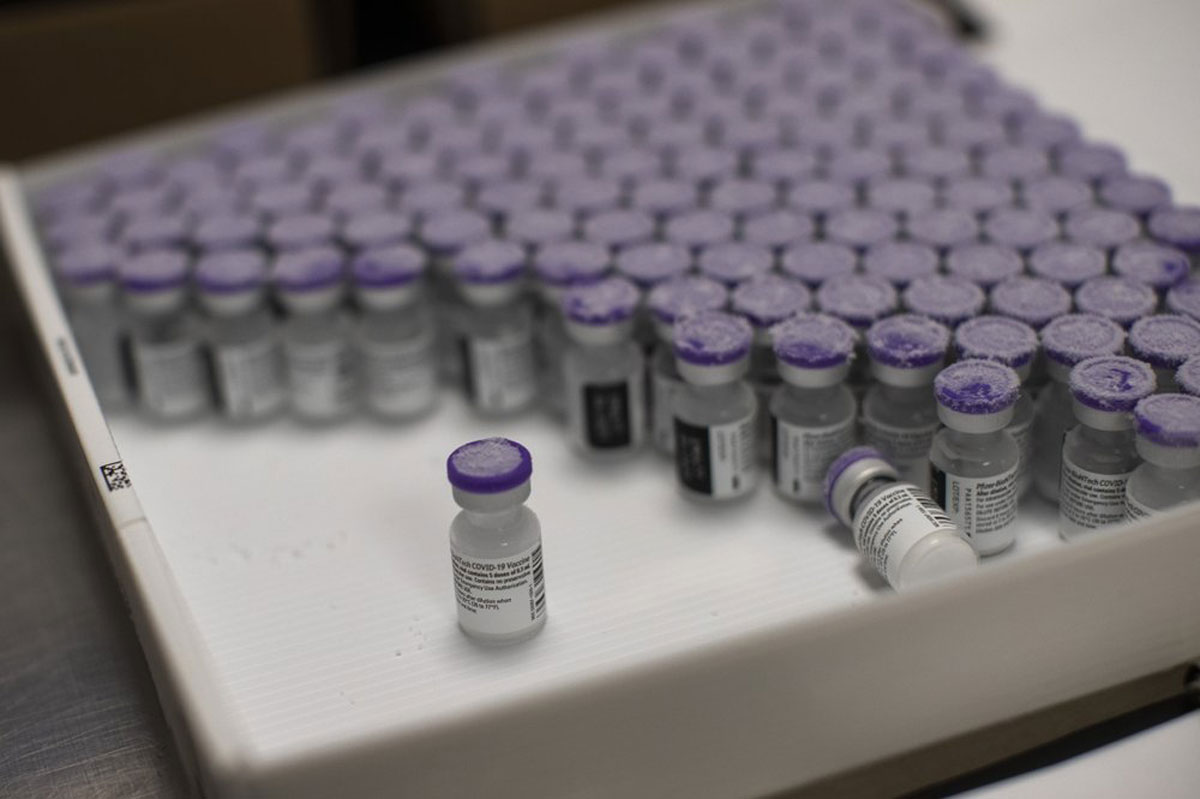 Meanwhile, OCTA gave the respondents in Metro Manila the option to choose all measures that they take to avoid the viral illness.

A large majority of 93 percent said they use face masks, followed by 89 percent who regularly clean their hands using water and soap or alcohol.

Based on the poll, 83 percent use face shields, while 73 percent observe physical or social distancing.

Some 52 percent of the respondents in the OCTA survey said they stay home when it is not necessary to go out, while praying and covering nose and mouth when sneezing or coughing both had 48 percent.

According to OCTA, the observance of minimum safety protocols and practices generally rises with the level of education of the respondents, except in the practice of physical or social distancing where it was the highest among elementary graduates.

Despite the low number of Filipinos willing to get a vaccine, Pulse Asia’s survey still showed that most of the respondents were concerned about contracting COVID-19.

Seventy-four percent admitted they were very much worried, while 20 percent were somewhat worried.

The Pulse survey also showed that 58 percent of the respondents lost their jobs or sources of income due to COVID-19. Fifty-five percent said they became closer to family members, while 51 percent experience emotional problems.

Forty-four percent had their salaries or incomes decreased, while 16 percent experienced mental health problems like depression.

Only seven percent said they got a job or source of income, while six percent got stranded in another place or province for more than a month. Four percent disclosed their salary increase, while two percent experienced severe illness.

Meanwhile, the Food and Drug Administration (FDA) is looking to wrap up the investigation into the unauthorized vaccination of PSG members and others in government in 20 days.

In an interview with "The Chiefs " on One News/ TV 5 on Wednesday night, Jan. 6, FDA director general Eric Domingo said the agency is closely working with the National Bureau of Investigation (NBI) and Bureau of Customs (BOC) in finding leads concerning the illegal entry and use of the COVID-19 vaccines.

"Our regulatory office sabi nila kaya in 20 days (from Monday this week) to do investigation and give report," Domingo noted.

"We are working with NBI,  BOC and hopefully we get  information useful in  enforcing mandate of the FDA and ensure that only registered, safe and effective drugs gain access to the population," he said.

According to Domingo, the FDA will continue to look for ways to get information even if the PSG may not cooperate with the investigation.

But he said the FDA already sent a letter to the PSG seeking information concerning the vaccination of its members.

Domingo admitted that what happened “was a very uncomfortable situation for me” and made him bewildered. But he said he has vague information regarding the disclosure of President Duterte in December that almost all soldiers were already vaccinated with serums developed by Chinese state-owned pharmaceutical firm Sinopharm.

Earlier on Wednesday, Domingo said during the “Laging Handa” public briefing that Duterte only ordered the PSG on Monday night, Jan. 4, not to attend any congressional investigation into the vaccination of its members. 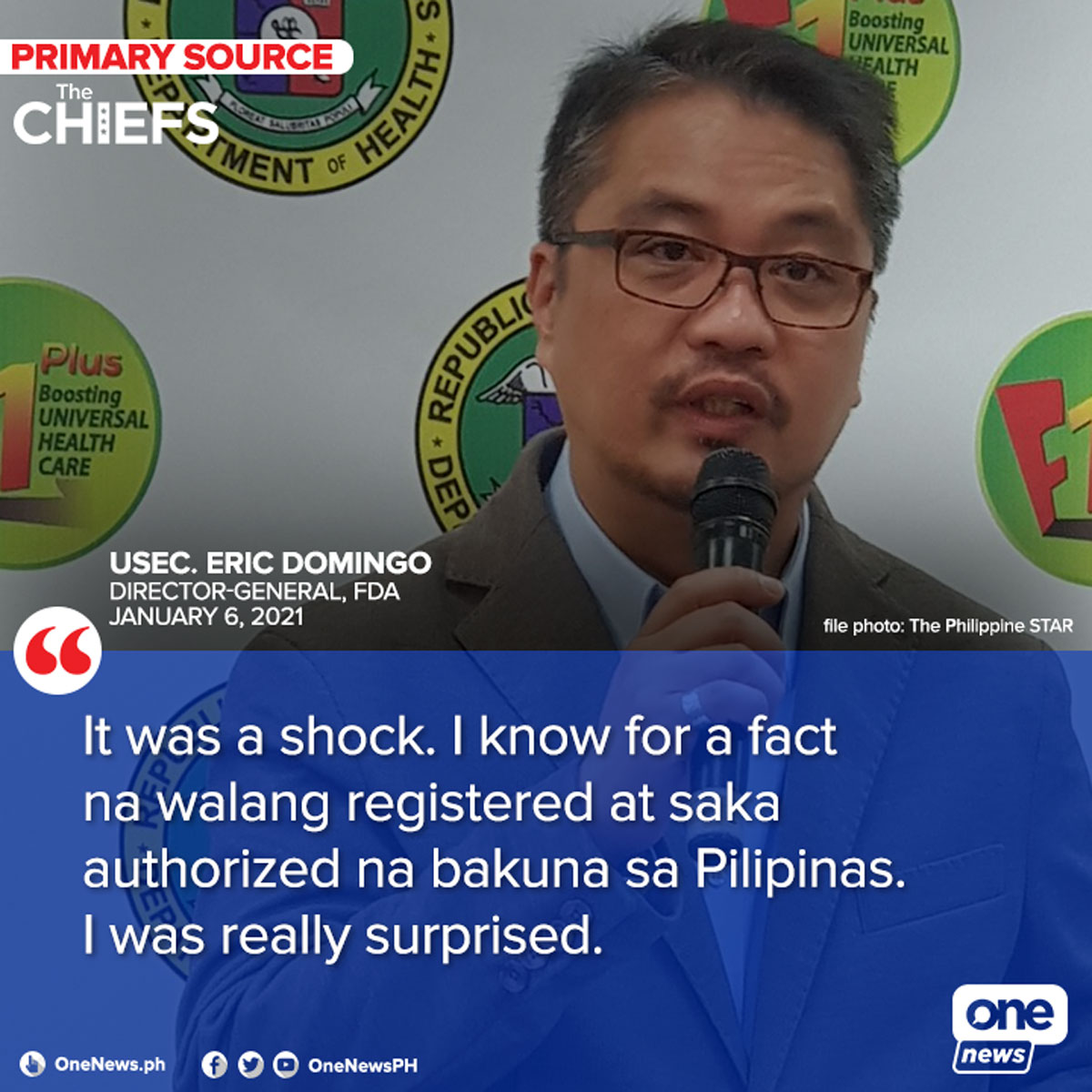 Domingo said he directed the FDA Regulatory Enforcement Unit to also look into the reported vaccination of around 100,000 Chinese nationals, mostly workers of the Philippine offshore gaming operators, who were also given vaccines.

He bared that FDA is also looking into the reports that illegal vaccination were being done in a Makati City building and in Binondo, Manila.

"Wala kaming nahuli, but the rumors are so persistent that there must be some truth to it," Domingo said as he urged the public to help in the investigation and provide them with more detailed information.

The, FDA, he said is doing an investigation in the interest of public safety.

"Ang hinahabol natin ‘yung safety ng nabakunahan hindi naman huhulihin ‘yung sundalo or POGO workers. We are concerned (about) how those vaccine were able to enter and if they are handled properly," he explained.

In a separate television interview on Thursday, Health Secretary Francisco Duque said  the PSG has agreed to send report on its personnel who have been vaccinated against COVID-19.

Duque explained its a monitoring system for possible adverse events following immunization. The report will be submitted on a monthly basis.

The plan of some mayors to buy COVID-19 vaccines for their constituents would reduce the amount of money the Duterte administration would borrow for inoculation, presidential spokesman Harry Roque said on Thursday even as he stressed that all purchases should involve the national government.

Roque said the national government would welcome any funding to be used to ensure Filipinos' access to vaccines.

"Why would we refuse the funds allocated for vaccines when the plan is to borrow money to buy vaccines? Of course, money talks. If they (local governments) have funds and they allocated it for vaccines, why would the national government reject it?" Roque said in a press briefing.

Asked if it would reduce the amount of loans to be contracted for vaccines, Roque replied: "Of course, that will be the sum total of that. That's why we are happy that LGUs (local government units) allocated funds to buy vaccines."

Roque, however, clarified that the national government would still take part in all vaccine procurements. He said the geographical priorities set by the government's pandemic task force would also be followed. Under the plan, pandemic-affected areas like Metro Manila, Calabarzon, Central Luzon, Cebu, Davao and Cagayan de Oro would be prioritized to promote economic activity.

Earlier this week, Sen. Panfilo Lacson criticized the allegedly slow procurement process of the national government, saying the administration is still deciding about the brand of vaccine to be purchased while the private sector has already inked deals with manufacturers.

On Wednesday, Jan. 6, National Task Force Against COVID-19 chief implementer and vaccine czar Carlito Galvez Jr. said Duterte approved the tripartite agreement among LGUs, the national government and pharmaceutical firms for the vaccine procurement in recognition of the role of local governments in the rollout of a national vaccination program to prevent the spread of the virus.