Peace Through The Eyes Of Butig’s Children

This story is from the Office of the Presidential Adviser on the Peace Process that launched the “Rise Madrasah Operations” in Butig on Oct. 31 with its partners. 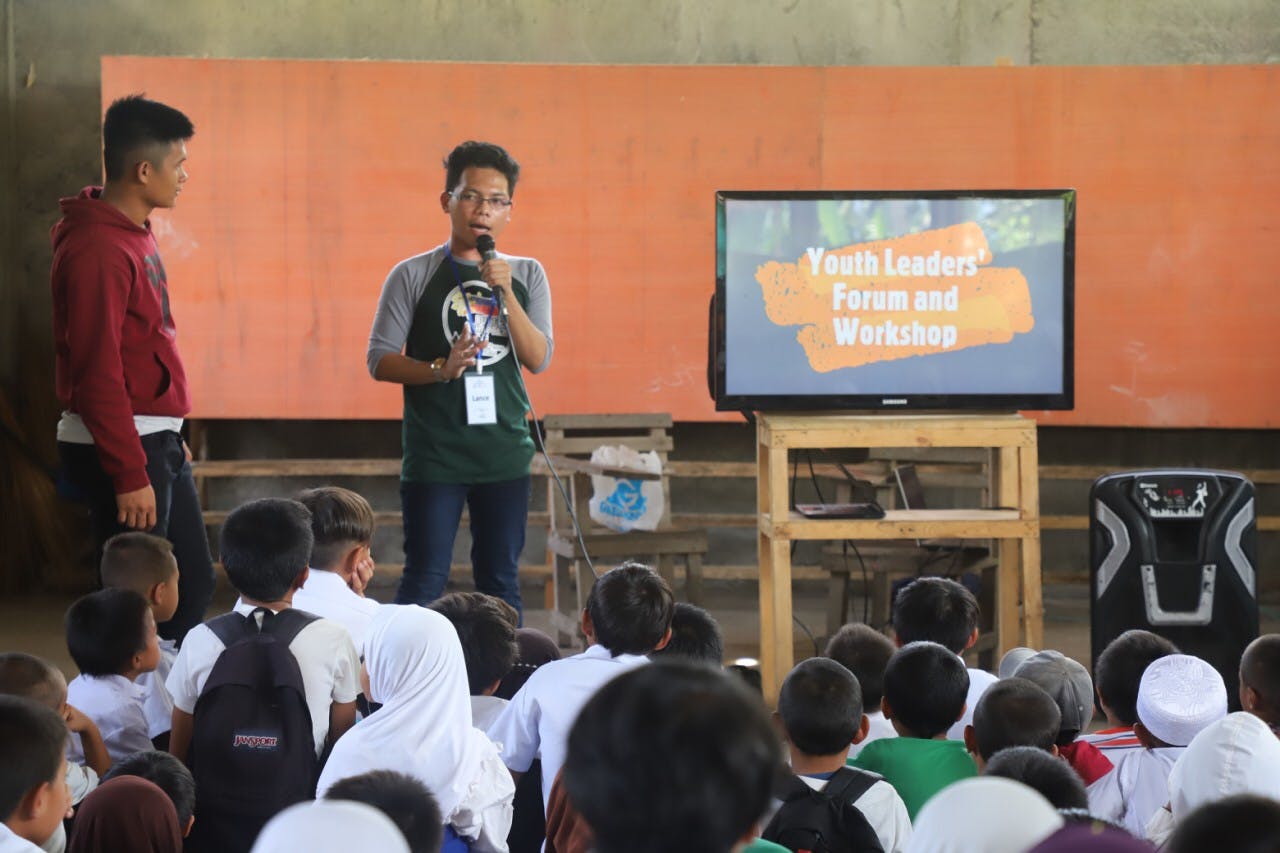 BUTIG, Lanao del Sur – Sunny in the morning, wet in the afternoon.

This is one of the many ironies of Butig – once associated with the infamous Maute terror group, but now a shining example of peace and development in this part of Mindanao.

Butig, which is about a two-hour drive from Marawi City, is flanked by the majestic “Sleeping Beauty” mountain range, so named because from afar it resembles a woman in slumber.

Like the namesake of its topography, Butig seems like a sleepy town. But it is slowly waking up – and coming to life.

In a covered court in Barangay Sandab, around 330 morits (students of Islam), their parents and ustadz (teachers) gathered for a day to celebrate their culture and participate in various peace-building initiatives.

The morits came from three madaris (school of Islam) in the area. All of them were eager to take part in the series of activities lined up for them.

The Office of the Presidential Adviser on the Peace Process (OPAPP), in partnership with the 49th Infantry Battalion and 12th Civil Military Operations Battalion of the Philippine Army, as well as the Youth for Peace Movement-Butig Chapter and Youth Leadership Summit (YLS), launched on Oct. 31 the “Rise Madrasah Operations” in Butig, an activity aimed at strengthening Islamic education as a means to counter the spread of violent extremism in the municipality.

“We are here to support them (morits) to continue studying Arabic. Nandito rin tayo (We are also here) to motivate the ustadz to continue supporting the morits kahit na walang sahod na nakukuha (even without getting any salary). So it is a form of volunteerism para matulungan ang ating mga kabataan (to help the  youth),” according to Ashari Macaarab Lantud, YLS president.

The day began with a series of cultural presentations. Several morits showcased their acting and presentation skills during a declamation contest, followed by a recitation of various passages from the Koran.

Two groups of morits then performed dance numbers that highlighted the rich culture of the Maranao people. The first was a traditional one while the other was a bit more modern.

“Ang focus natin dito (Our focus here) is ’yung preservation of their culture and tradition. Aside from the Preventing and Countering Violent Extremism program, ito ’yung ini-inculcate ulit natin sa kanila, na dapat mahalin nila ’yung kanilang kultura (this is what we are trying to inculcate in them, that they should love their culture and) tradition, at ’yung pagiging isang Pilipino (as well as being a Filipino),” he said. 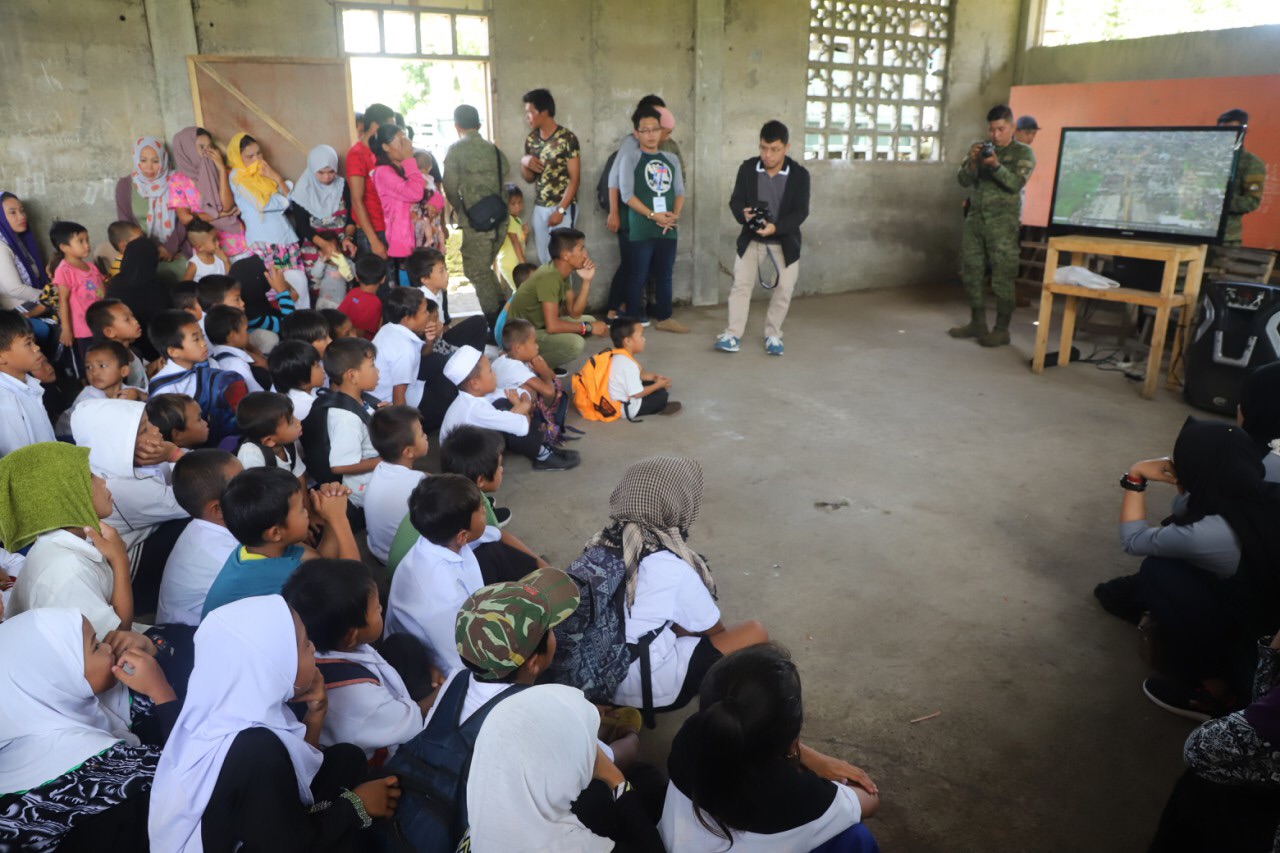 After their presentations, the morits huddled in front of a television set as the soldier-facilitators played informational videos about the Marawi City siege from May to October in 2017. The Maute brothers, the main perpetrators of the siege were natives of this remote agricultural municipality. This is where the ISIS flag was first hoisted before gun battles between the terror group and the government troops began.

The main goal of the event’s organizers was to encourage the morits to stay in school, and most importantly, convince them not to be drawn into joining violent extremist groups.

Everyone brimmed with excitement as soon as the facilitators called the morits on stage.

All of the morits received packed lunches and an envelope filled with school supplies including pencils, notebooks and crayons.

What they received were not only meant to fill their stomachs, but also nourish their young minds.

Villanueva emphasized the need to capacitate the youth sector, especially those residing in Butig who are highly susceptible to recruitment by violent extremists.

“Hindi natin ito maso-solve (violent extremism) nang tayo-tayo lang (We cannot solve violent extremism just by ourselves), so the youth sector plays an important role here, because this is what we can pass on to the next generation – peace,” he said.

The event’s organizers also visited nearby Barangay Poktan a day before, as part of their educational and peace-promoting efforts in the municipality.

Mahid Aisah Lantod, a volunteer ustadz in one of the local madrasahs, discussed the day-to-day challenges the morits confront, which have affected their pace of learning.

According to Lantod, who volunteers as a teacher two days a week, the limited facilities and supplies at the madrasah has also constrained his and his co-teachers’ ability to teach.

“Pinauupo namin sila sa ganito (sahig), tapos ang pinakamahirap dito sa pagtuturo, walang budget ngayon, voluntary lang. Nahihirapan kami kasi naghahanap-buhay kami pero (sa) dalawang araw (kada linggo), nagtuturo din kami (We just let them sit on the floor, and what’s hardest here is that there is no budget for teaching, this is on a voluntary basis. We find it hard since we are working but twice a week we volunteer to teach),” he said.

Lantod then gave a brief tour of the madrasah. Across the street was a modest facility, about the size of an average classroom, except that it does not have chairs and tables.

He said the room is occupied simultaneously by four different pre-school classes, with each class separated only by black boards.

Meanwhile, the gymnasium-cum-events facility where the film showing was being held, served as the classroom for Grades 1 to 6 pupils on regular school days.

For now, at least some of Lantod’s immediate concerns would be addressed, as the event’s organizers also distributed food packs and school supplies to around 170 morits. 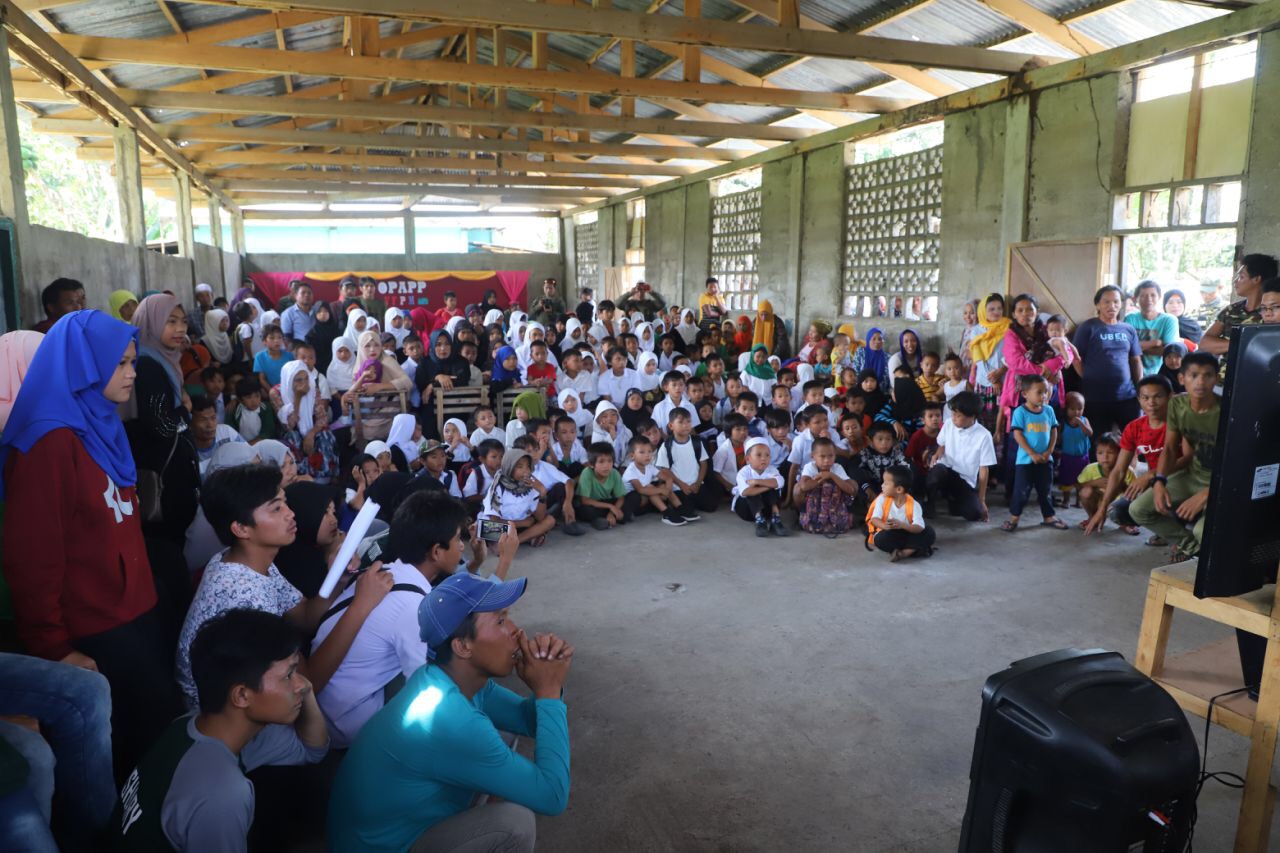 For his part, OPAPP peace development officer Jose Regulus Ortega challenged the morits to help their elders in creating sustainable peace in their respective communities.

“Ang kapayapaan, hindi ’yan isang bunga ng bayabas na madali nating kunin. Kailangan natin ’yang pagtrabahuan (Peace is not like a guava fruit that we can easily get. We have to work for peace),” Ortega said.