OSG Versus ABS-CBN: Grant Of Frequency Means Gov’t Can ‘Impose Values And Goals’ On Broadcasters

But a constitutional law expert says regulation “must be consistent with the Bill of Rights.” 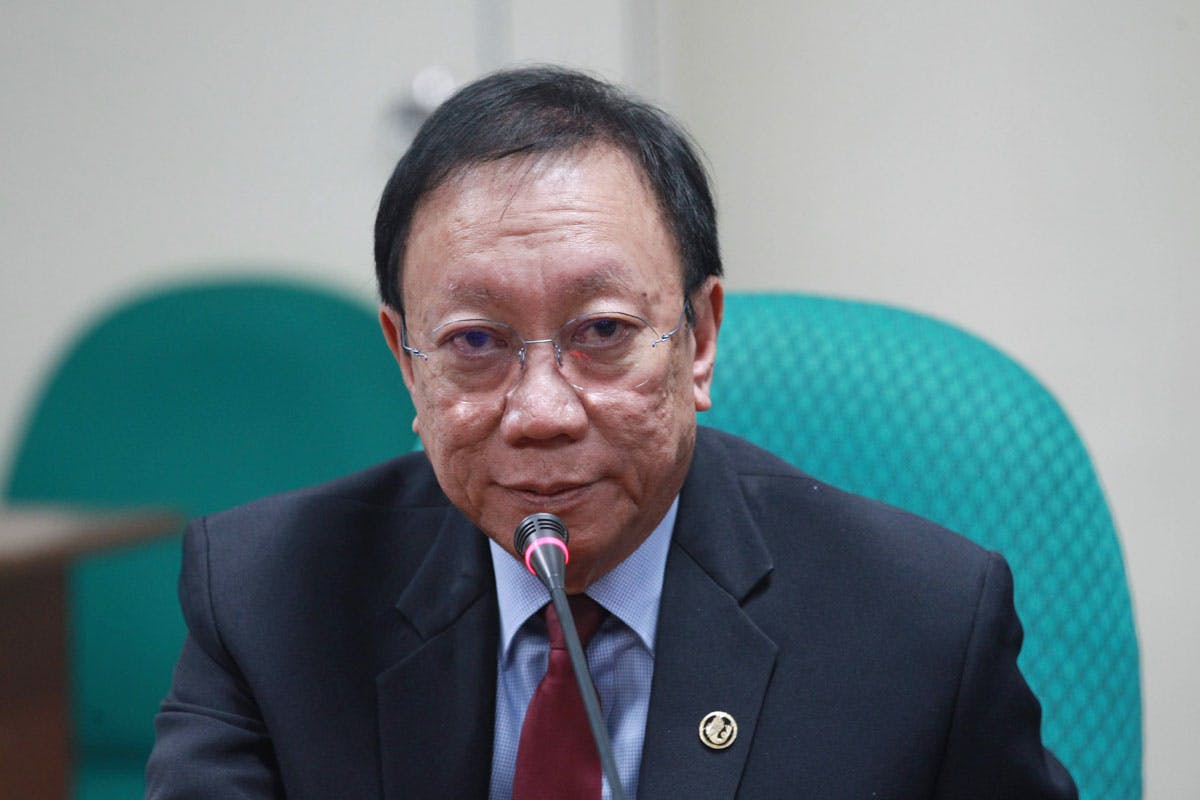 Solicitor General Jose Calida briefs the media at the Senate after the bicameral conference meeting for the bill strengthening his office on Jan. 21, 2019. Photo by Geremy Pintolo, The Philippine STAR

In going after ABS-CBN Corp., the Office of the Solicitor General cited a 2009 Supreme Court decision saying the government’s allocation of frequencies to broadcasters allows it to “impose its own values and goals… notwithstanding the free expression guarantees enjoyed by broadcasters.”

“The scarcity of radio frequencies made it necessary for the government to step in and allocate frequencies to competing broadcasters. In undertaking that function, the government is compelled to decide which of the competing applicants are worthy of frequency application,” read the OSG’s 63-page quo warranto petition filed before the SC on Monday, Feb. 10.

“It is through that role that it becomes legally viable for the government to impose its own values and goals through a regulatory regime that extends beyond the assignation of frequencies, notwithstanding the free expression guarantees enjoyed by broadcasters,” the OSG added.

Sought for comment, Antonio La Viña, a constitutional law professor in the University of the Philippines Diliman and the Ateneo de Manila University, said the government indeed has the power to regulate broadcasters, but argued that this should not justify restricting ABS-CBN’s freedom of speech.

“The government can impose a regulatory system on anything, but that must be consistent with the Bill of Rights,” La Viña told The Philippine STAR.

The footnote in the petition showed the OSG took its idea from the case of Divinagracia versus Consolidated Broadcasting System Inc.

In what was described at the time as a “landmark ruling,” the SC declared that the National Telecommunications Commission (NTC) does not have the power to cancel the licenses it issued to broadcasting stations on the ground of violation of the terms of their congressional franchises.

In this case, the SC ruled in favor of the companies because Santiago Divinagracia, who claimed to be the actual and beneficial owner of a 12 percent share, initiated the wrong action. Divinagracia opted to file complaints with the NTC alleging that the companies failed to abide by the franchises’ requirement to make a public offering of 30 percent of stocks. The SC said attacks on the franchises of the companies should be made through an action for quo warranto to be brought by the Solicitor General.

The statement in the decision penned by now-retired associate justice Dante Tinga was actually part of the discussion on the NTC’s “regulatory realm” and was inspired by the United States Supreme Court’s 1969 decision on Red Lion Broadcasting Co. versus Federal Communications Commission.

The SC said the broadcast industry was subject to a stricter kind of regulation than other media such as print, because the government spends public funds for the allocation and regulation of frequencies.

Despite this reality, the SC stressed that “no enactment of Congress may contravene the Constitution and its Bill of Rights.” In other words, government regulation must not touch upon the expression of the company.

“The restrictions enacted by Congress on broadcast media franchisees have to pass the mettle of constitutionality. On the other hand, the restrictions imposed by an administrative agency such as the NTC on broadcast media franchisees will have to pass not only the test of constitutionality, but also the test of authority and legitimacy,” the SC said.

It even recognized that the cancellation of a network’s license is “essentially a death sentence, the most drastic means to inhibit a broadcast media practitioner from exercising the constitutional right to free speech, expression and of the press.” In such cases, the SC has applied the “strict scrutiny” test, requiring the government to prove that there is a compelling state interest and that its measures are the “least restrictive means” for achieving that interest. 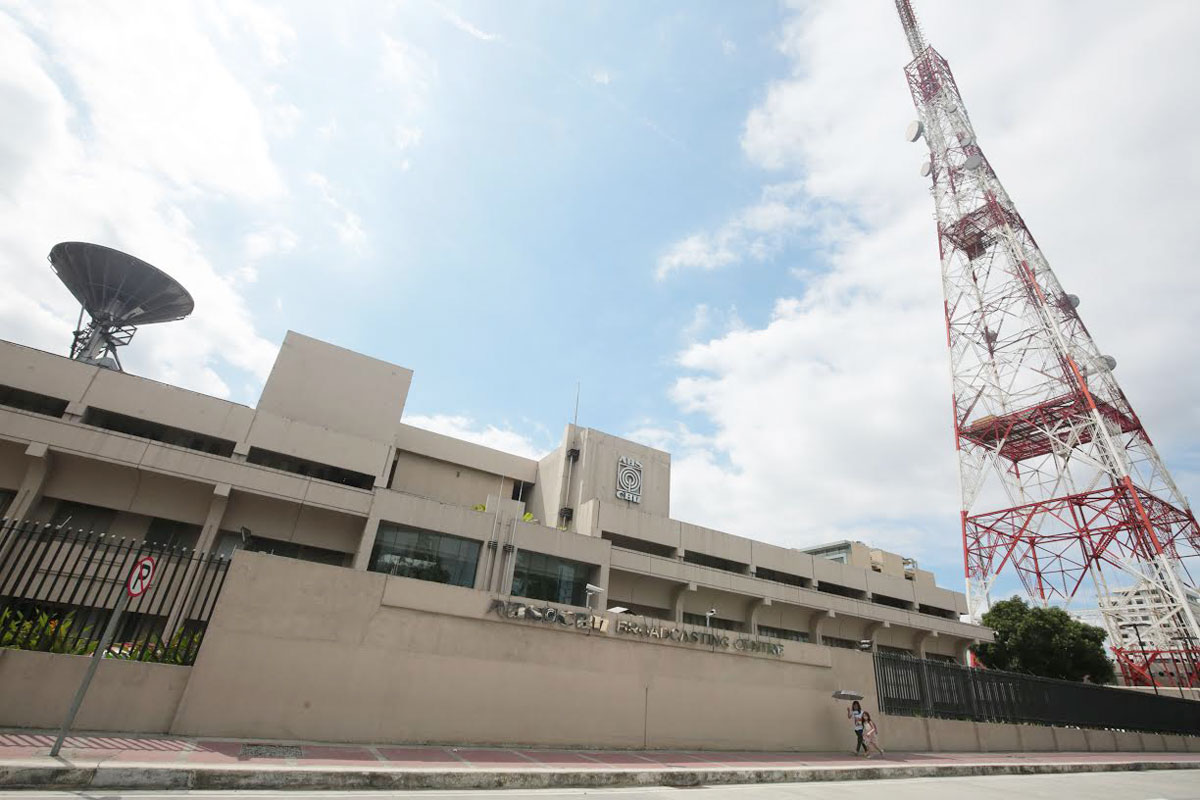 National Union of Journalists of the Philippines chairman Nonoy Espina told The STAR that Calida “obviously cherry-picked” from the SC decision to come up with a position akin to “prior restraint,” or the censorship of speech before it can be expressed.

“Calida appears to claim that regulatory powers grant government the right to dictate what may or may not be broadcast. That is prior restraint, which is unconstitutional, and is more proof of this government’s real intention to not just shut down ABS-CBN but bring media, as a whole, to heel,” Espina argued.

National Union of People’s Lawyers president Edre Olalia said: “It behooves on the government to credibly disabuse public perception that this appears to be a disingenuous lawyerizing of a thinly veiled and premeditated curtailment of press freedom through thought and idea control.”

Meanwhile, ABS-CBN goes on with business as usual, even announcing that it would keep rolling out new soap operas that might not air by March. Artists like Kathryn Bernardo have continued entering into contracts with the network.

Isabela 1st District Rep. Antonio “Tonypet” Albano, vice chairman of the House of Representatives’ legislative franchises committee, suggested that the network would not have to shut down immediately should its franchise expire on March 30 without getting renewed.

Albano said the network could operate past that date, since the corporation’s application for renewal would still be pending by that time – giving legislators more time to act in its favor or possibly extending its lifespan without a franchise until the end of the 18th Congress on June 30, 2022.

Senate President Vicente Sotto III also expressed belief that ABS-CBN can continue operating even until 2022 as long as the bill on its franchise renewal is not decided upon with finality by both chambers of Congress. He recalled there were several cases in previous congresses that such a thing happened.

Senate Minority Leader Franklin Drilon said this is a legal question and “I’m sure that SolGen Calida will go to the SC (to insist) that ABS-CBN can no longer operate.”