Presidential spokesman Harry Roque expressed belief that President Duterte’s retirement in 2022 will depend on the decision of his daughter, Davao City Mayor Sara Duterte-Carpio to run for president or not. 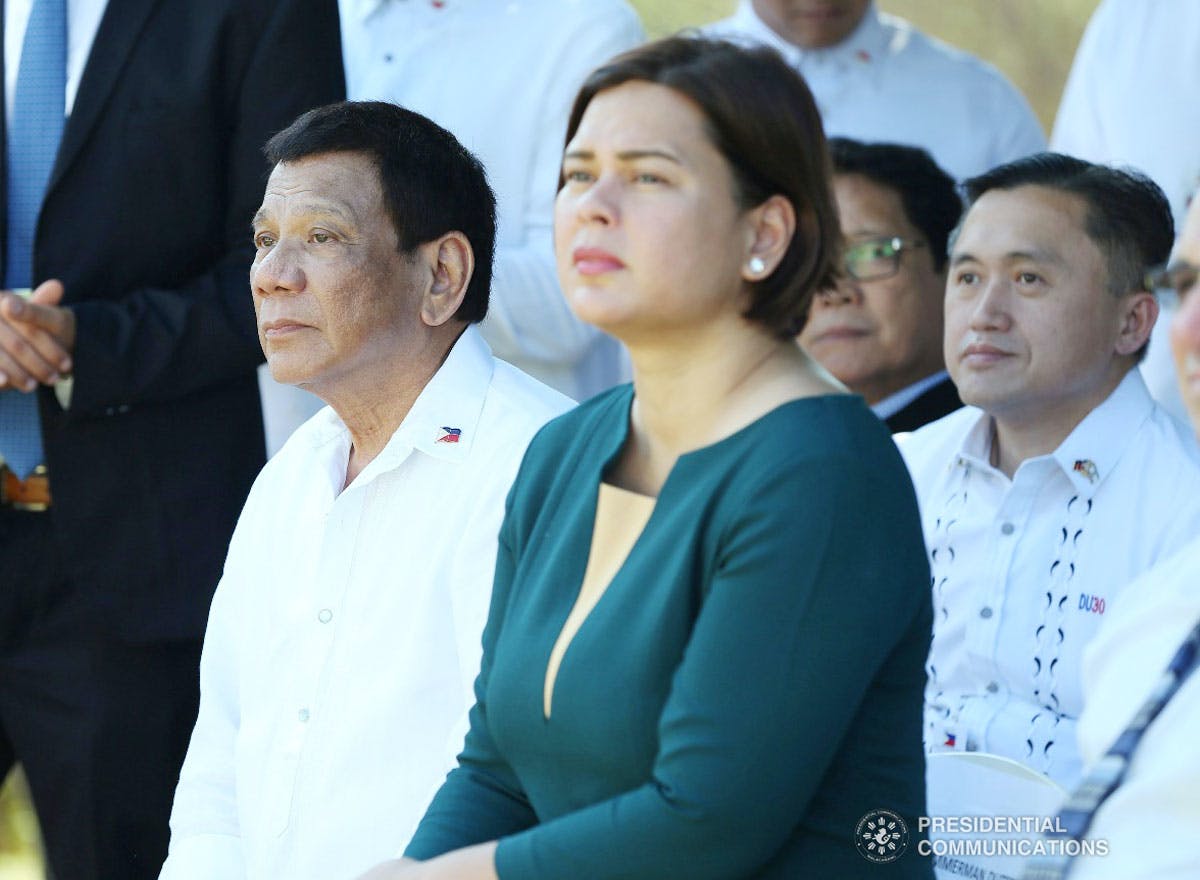 President Duterte and his daughter, Davao City Mayor Sara Duterte-Carpio witness a program before leading the wreath-laying ceremony at the Holocaust Memorial Park in Rishon Lezion, Israel on Sept. 5, 2018 during an official visit. Joining them was then special assistant to the President and now Sen. Christopher ‘Bong’ Go. Presidential photo

Despite President Duterte’s pronouncement that he is preparing to retire after the end of his term next year, presidential spokesman Harry Roque maintained on Wednesday, June 9, that options remain open for the Chief Executive.

Roque also did not close the door on the possibility of the President’s daughter, Davao City Mayor Sara Duterte-Carpio, and top aide, Sen. Christopher “Bong” Go, running for higher office in the 2022 national elections.

Roque expressed belief that Duterte will be deciding for the good of the people when it comes to next year’s elections.

Although he has expressed his desire to retire, Roque said the President’s decision in the future will also be influenced by whether or not Sara will vie for the top post of the land.

“I believe that the President will retire… but I also believe that he will reach a decision that will consider what’s best for the entire country. So I think the issue on whether he will run or not, that depends on whether Mayor Inday Sara will run,” Roque said in an interview over dzRH.

If Sara will join the presidential race, Roque said he is sure that the father will not be running as vice president. “But if Mayor Inday Sara will not run, he has always said, also echoed by Senator Bong Go, that he (Go) will run only if President Duterte is his running mate,” Roque added.

Instead of speculating, Roque urged the public to adopt a wait-and-see attitude until the President has made his final decision.

“So, for me, we should look at what will happen eventually because there seems to be different scenarios and the President’s decision will always be what’s best for the Filipino people,” he added in Filipino.

On Sara’s possible presidential bid, Roque said the mayor should be given a chance to make her own decision despite the father’s sentiments that the highest office is a thankless job.

“I think Mayor Inday Sara can decide on her own, and we know that it is better if she will be allowed to make her own decision so nobody would resort to blaming in the end,” Roque said.

He pointed out that the President has been consistent on his stand that, based on his own experience, it’s really hard to lead the country, and he does not want any member of his family to undergo the same hardships.

The President in the meantime said he has yet to find a “deserving successor” who can replace him once he finishes his six-year term next year.

When pressed further, Duterte said he has somebody in mind but it is too early to talk about it, adding he thinks it is better to be “neutral” at this time.

“I have (a name)… But it’s better to stay neutral. There are some aspirants... I may publicly name them when the time comes,” he added.

In the interview with Quiboloy, Duterte said that he is planning to retire next year and that he is trying to resist efforts of partymates to convince him to run for vice president. He said he does not want the people to think that he is just trying to perpetuate himself in power by choosing the standard bearer of his party, PDP-Laban.

Duterte added he has discouraged Sara from running for the presidency, because he does not want her to be exposed to the challenges of the job. He does not want Sara also to be swallowed by the system, and eventually get hit by critics like former senator Antonio Trillanes IV.

Sara has been leading in early surveys for the presidency in 2022, and a number of political personalities have made known their support for her in case she does decide to run. – With Edith Regalado