With a population of 106.9 million, the country lacks 78,400 doctors, based on the ideal ratio of 10 doctors per 10,000 people. But access to medical education is not easily available to Filipinos who want to become doctors. 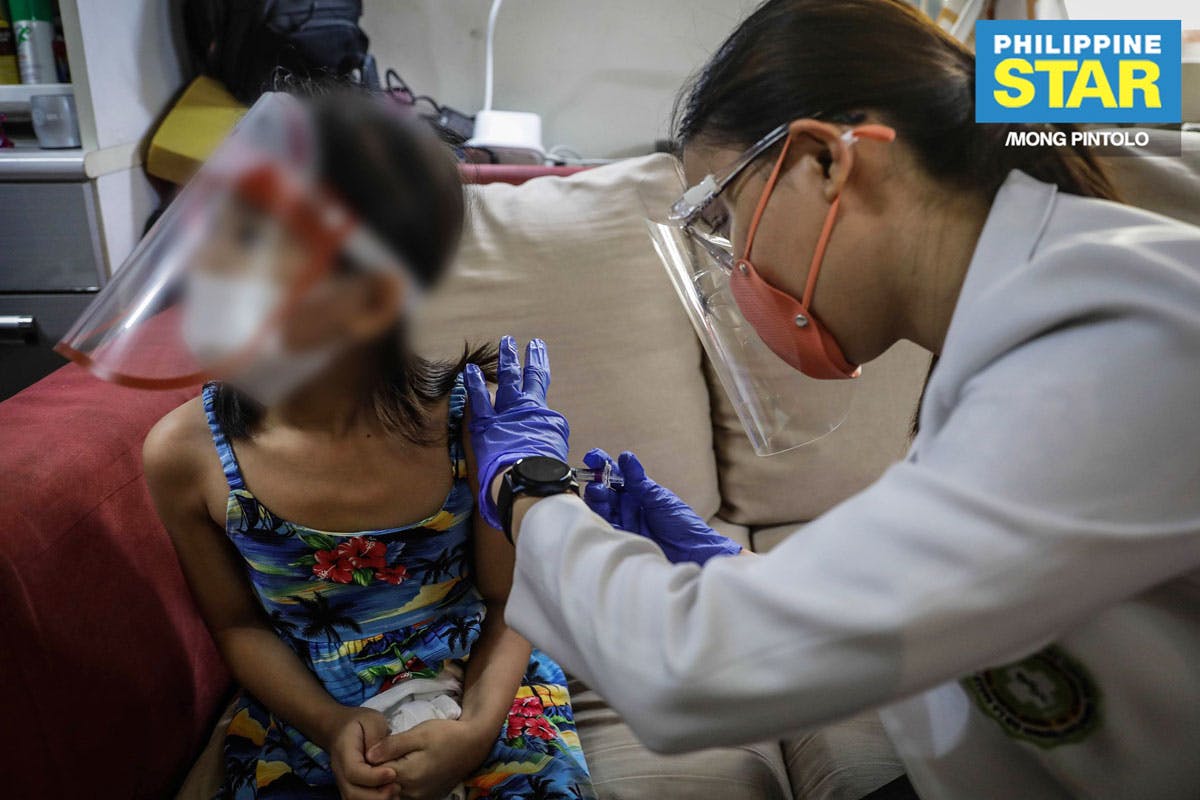 Commission on Higher Education (CHED) chairman Prospero de Vera told the Senate committee on finance that not all SUCs offer medical courses, but there are those willing to open the course to accommodate students who want to study to become doctors.

Overall, De Vera said the projected budget for the expansion of the medical program under the “Doktor Para sa Bayan” bill would be about P4.6 billion. “This is the bare bones budget that has been estimated to increase the number of medical students to about 5,368 per year,” he said.

De Vera said opening the medical courses in the three SUCs would need an initial P1 billion. The remaining amount is to allow the expansion of facilities, increased enrollment and subsidies for implementation of the scholarship if ever it is enacted into law.

The CHED chief explained it was not just a matter of funding the scholarships but making sure there are enough facilities, such as buildings, to accommodate the students. The law also requires medical schools to have training hospitals.

According to De Vera, some public hospitals already have tie-ups with both private colleges and SUCs. He said the SUCs seeking to offer medical courses must also have science or pre-medical courses.

Sen. Cynthia Villar is proposing that all regions must have a public medical school.

De Vera disclosed there are only nine SUCs in seven regions that have medical courses.

Recto said producing doctors will cost only a fraction of the government’s intelligence and confidential funds but will yield a “high return of investment” in a country that lacks public health physicians and faces an aging population.

He added the relatively low expense and high returns of medical scholarships is one of the many reasons why government should finance the studies of doctors “and not leave it to family incomes or what the pocket can afford.”

“It is certainly lower than this year’s P9.6-billion Intelligence and Confidential Fund, a fraction of the P20.1-billion Travel Fund, and a drop in the bucket of the P1.2-trillion Personal Services budget,” Recto noted, referring to the provisions in the 2020 General Appropriations Act.

He pointed out that if the appropriations for many “inconsequential agencies are seen as an expense vital to democracy, then why should medical scholarships be disparaged as a non-essential luxury?”

“We have to look beyond the present shortages, and also brace for the future,” Recto said. “This is about future-proofing our country, so we can serve both ends of the demographic scale.”

“On one end is that four babies are born every minute in this land, 6,120 every 24 hours, 2.23 million a year. We love babies so much that we produce them on an industrial scale,” he emphasized.

Recto said the other end of the spectrum is that the Philippines is a graying country where there are nearly 10 million Filipinos aged 60 years and older. 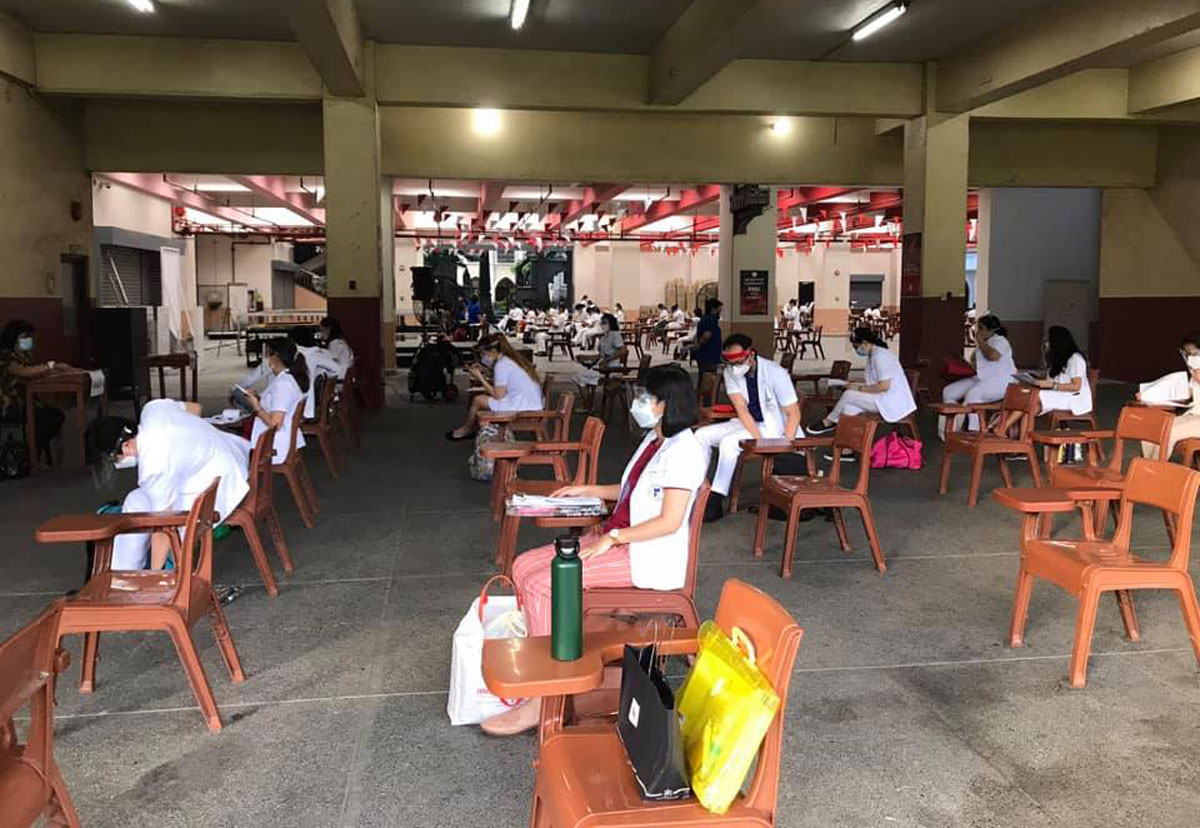 Senior citizens account for 8.6 percent of the population. By 2050, their share will be about 16.5 percent, Recto warned.

He said dealing with one disease alone that hits the elderly – dementia – already costs the world economy $1 trillion a year, and it will double by 2030.

“Although we have yet to forecast how much this disease would cost our economy, there is no doubt it would be also high in our country. So this is the future that we have to brace for,” Recto added.

He underscored that more physicians embedded in communities would mean more champions of primary and preventive medicine on the ground.

“The stress on the preventative will nip sickness in the bud, and from a fiscal health point of view, save money for the government,” he said.

Sotto noted that many young Filipinos aspire to become doctors, but many are unable to pursue their dreams due to the high financial cost of the course.

He recalled that the Senate spearheaded the passage of Republic Act No. 10931, which provides for free college education but cannot help students who want to pursue higher education such as medicine and law.

As this developed, Sen. Edgardo Angara said on Tuesday, Sept. 22, that the government should focus on keeping Filipino talents here in the country instead of constantly losing them to overseas headhunters.

Angara, who chairs the Senate finance committee, told officials of CHED and SUCs to put more focus into helping industries produce more jobs in the country rather than losing the best and brightest to jobs overseas after they graduate.

He called the attention of CHED and the SUCs for going past the historic issue of access during the budget deliberations and moving forward to discussions about quality and innovation.

“In this direction of futures thinking, we could add as a metric of performance of the SUCs how we are helping the Filipino producers and manufacturers by producing jobs that are local rather than just producing good graduates who eventually work overseas because we don’t have industries present in our country,” Angara said during the deliberations of his committee.

Among the many professionals who end up seeking better opportunities abroad are those in the medical profession, scientists and engineers, he bared.

Angara pressed SUCs to work with the manufacturing sector and the 21st century industries for the creation of more jobs in the country so that Filipinos no longer have to leave their families behind just to find decent employment.

“We should encourage all the innovative thinkers in our country to do their part in this effort and in a way, we can move Filipinos up the value chain somehow,” Angara said.

In many developed countries, the universities run startup incubators where aspiring entrepreneurs and innovators, usually in the technology sector, are provided with support for their endeavors, often with the participation of both the public and private sectors.

Last year, Angara, together with his fellow education advocates in the Senate, increased the budgets of the CHED, SUCs including the University of the Philippines and the Philippine General Hospital by over P10 billion for fiscal year 2020.

Under the Bayanihan to Recover as One Act or Bayanihan 2, a total of P3 billion was provided for the development of smart campuses in the SUCs and P1 billion for the scholarships of the Technical Education and Skills Development Authority.

Angara said the Senate also included a provision in the 2020 General Appropriations Act to exempt the implementation of the Free College Law from the cash-based budgeting in order to extend the utilization of the budgets of the SUCs and local universities and colleges. However, this was vetoed by President Duterte.