Filipina worker Honey Lyn Baguiran arrived in the country on March 14 and is now preparing to file legal charges against labor attaché Jainal Rasul Jr. and his wife Olivia in Davao City. 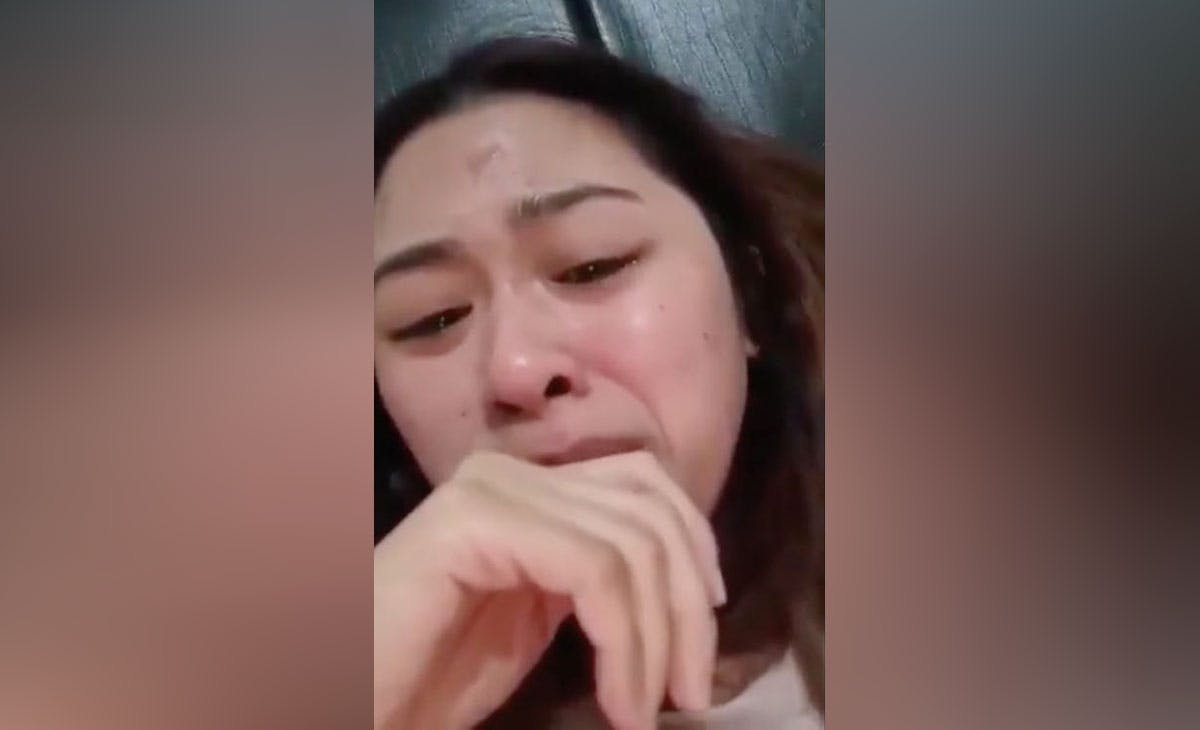 Screenshot from the video of overseas Filipina worker in Amman, Jordan Honey Lyn Baguiran posted on Facebook by her sister Honey Mae Caspillo on March 7, 2021. Baguiran alleged that the wife of Philippine labor attaché Jainal Rasul Jr. – Olivia – beat her twice and accused her of having an illicit affair with the official.

After allegedly getting assaulted by the wife of the Philippine labor attaché in Amman, Jordan, the Filipina worker in distress is no longer crying and ready to fight back.

Honey Lyn Baguiran arrived in the country on March 14 and is now preparing to file legal charges against labor attaché Jainal Rasul Jr. and his wife Olivia in Davao City.

Baguiran hails from from Davao City and said filing the case there would inconvenience the Rasul couple.

Labor Secretary Silvestre Bello III said his department would continue the investigation into the complaint of Baguiran against Rasul.

"Will have it investigated although the complainant (Baguiran) escaped from Jordan to avoid facing the charges of extortion filed by the Jordanian police against her," Bello said in a text message to The STAR.

Baguiran disclosed a friend whom she identified only as "Princess" is helping her in pursuing a complaint against the Rasul couple. She said they are consulting with lawyers on the appropriate legal charges to be filed.

According to Baguiran, she personally paid for her plane ticket so she could return home and ensure her safety.

Baguiran revealed that she filed human rights charges against the Rasuls in  Amman. Her physical presence is no longer required in the hearing of the case since she has already submitted a medico-legal report and sworn statement with the Jordan police.

A hearing on the blackmailing and extortion charges previously filed against her by the Rasuls is set for hearing on April 8. Baguiran claimed that the judge ordered her release from prison after giving her testimony.

In March, a video of Baguiran crying for help after Olivia allegedly assaulted her circulated on social media.

In two instances,  Baguiran said, the labor official's wife supposedly attacked her physically. Olivia accused her of having an illicit relationship with the Philippine labor official.

Baguiran admitted asking $2,000 from the labor attaché, but denied it was extortion or blackmailing on her part. She said she needed the money for her medical expenses as she was allegedly beaten twice by Olivia.

According to Baguiran, the labor attaché did not bother to stop his wife. She said the judge saw the contusions on her forehead because Olivia supposedly punched her and pulled her hair.

Baguiran said the labor attaché negotiated to just give her $500. While accepting the money, she was arrested by Jordanian police.

The labor attaché, Baguiran said, was able to file the case ahead of her because she had to seek medical treatment first.  But she insisted that the blackmailing and extortion charges were meant to stop her from filing charges against the labor official’s wife because of the physical injuries she sustained.

After her arrest, Baguiran bared the labor attaché offered settlement and asked her to take down the video she posted on Facebook, but she refused because she was traumatized by what happened. "Bakit ko babawiin, na-trauma ako sa ginawa nila," she stressed.

In a virtual briefing last March 17, Labor Secretary Silvestre Bello said he immediately ordered the labor attaché to submit a report on the incident after Baguiran's Facebook post went viral.

"As per the report of Labatt meron lang heated discussion between his wife and the Filipina. Anyway after that nagkaroon ng settlement," Bello disclosed.

The following day, however, the labor attaché claimed that he received a call from Baguiran's Jordanian boyfriend demanding from him $2,000 or a video on alleged maltreatment committed by his wife would be posted on social media.

The labor attaché told Bello that he agreed to pay only $500 "to buy peace of mind" and that it is the only amount he could afford. The payment for the supposed settlement fee turned into an entrapment.

"Then I was informed by the labor attaché that the Filipina absconded and left Jordan already," Bello said while noting that Baguiran has no record of being an overseas Filipino worker.

Bello said the labor attaché submitted a copy of the complaint against Baguiran and testimonies of witnesses on his claim that the Filipina tried to extort money from him.

Despite the absence of a formal complaint from Baguiran, Bello said the DOLE would still conduct an investigation to determine the truth.

Bello said labor attaché would remain in his post unless proven guilty of the charges against him and his wife.

"Yes (he will remain in his post),  especially so because he was cleared by the Philippine Embassy officials in Jordan, " Bello said.