Herminia Naval is excited to go to the mall and spend more time with her children, grandchildren, and great-grandchildren after getting fully vaccinated, according to her daughter. 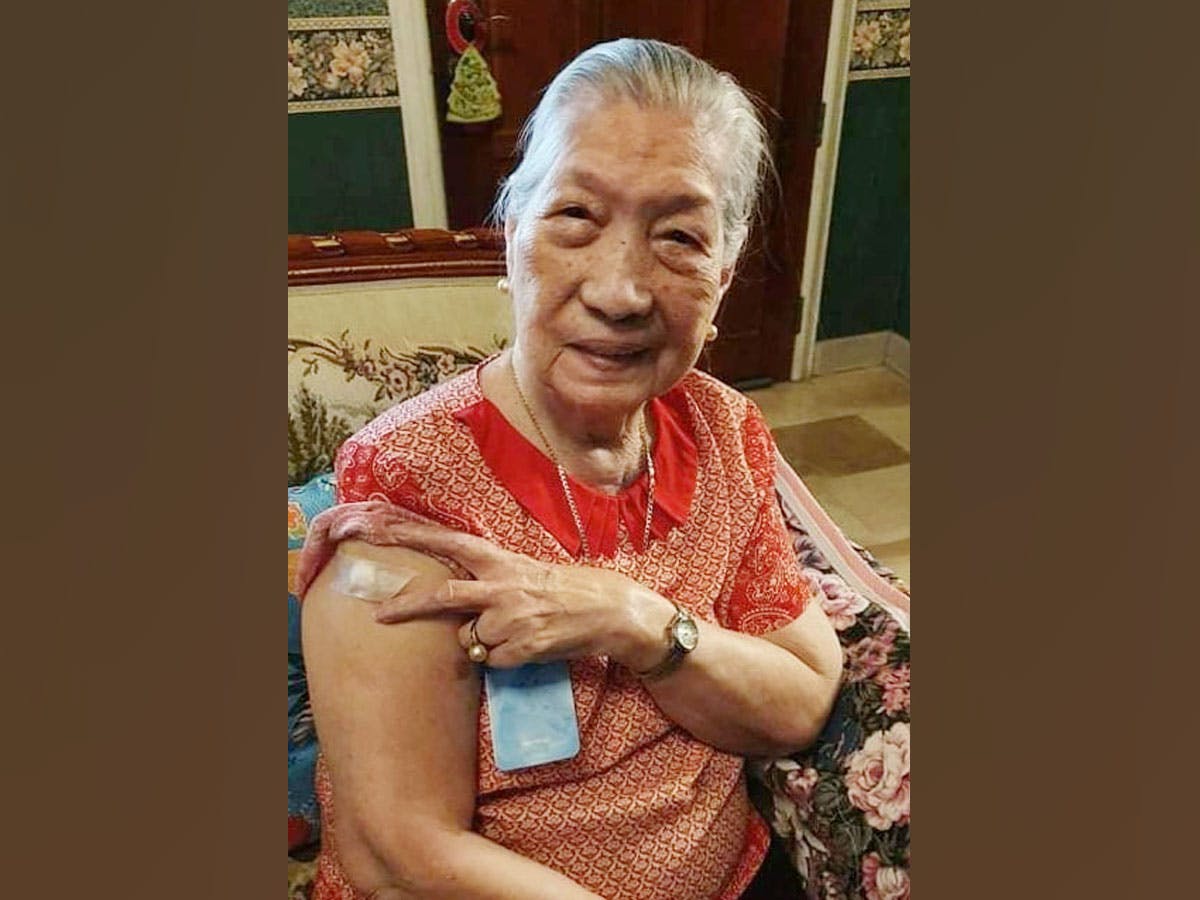 Just when the local government of Navotas was finding it difficult to convince senior residents to be inoculated against COVID-19, a centenarian braved the process to become an inspiration to the elderly in the city to avail of the vaccines.

Herminia Naval  –  who was born on Oct. 19, 1920 –  was fetched by her daughter Cecie to get the jab last May 13 at the Daanghari Elementary School.

At the site, the vaccinators gave deference to her age - 100 years old - and injected her AstraZeneca jab while she stayed inside the vehicle.

She did not feel even a pinch when she was vaccinated, Herminia’s daughter Cecie told The Philippine STAR / OneNews.PH in a phone interview last May 20.

Cecie said her mother asked when she would be inoculated as the local government staff who attended to her left after giving her a shot in the arm.

The city government has problems convincing more senior citizens to get their vaccines.

The city aims to vaccinate 31,185 registered elderly residents in the city. As of June 7, only 10,614 senior citizens had received their first doses while 4,217 completed their second doses.

The city has a long way to go before it could fully protect its elderly due to hesitancy. But the centenarian's vaccination somehow helped convince more seniors to be inoculated, Mayor Toby Tiangco said.

“(Because of the centenarians’ vaccination), little by little, they (senior citizens) are being convinced,” Tiangco disclosed in an online interview on Wednesday, June 9.

“(It’s) human nature. When people get older, they are more conservative, they adapt slower to change,” Tiangco said.

But for Herminia, fears over the vaccines – and the adverse effects they might cause – did not stop her from volunteering to get the jab.

According to Cecie, she made her mother watch news about the vaccination drive so she would be updated on a daily basis. This was also her way to instill in her that vaccination is the way to put an end to the pandemic.

Cecie said her mother has a sharp mind, and even a good appetite, at her age.

Herminia’s willingness to get vaccinated also stemmed from her confidence that her children know what’s best for her, the daughter explained.

The centenerian even got to beat her grandchildren and children who after receiving their jabs and experienced some adverse reactions, Cecie said.

This is why they call Herminia a “superwoman,” Cecie added.

Their family is glad that the city government continues to disclose the vaccine brand despite a call from Malacañang, the Department of Health and Department of the Interior and Local Government to be “brand agnostic” to prevent crowding over preferred vaccines.

Her family had wanted the AstraZeneca jab for the centenarian.

Asked what Herminia looks forward to the most after getting fully vaccinated with her second dose, Cecie said her mother is excited about going to the mall, and spending more time with her children, grandchildren, and great-grandchildren.

Cecie believes that those who are most vulnerable to the disease such as the elderly should get vaccinated before it’s too late.

Cecie said her mother possibly got convinced to avail of the jab as she learned about the increase in cases.

Senior citizens belong to the A2 priority group in the government’s vaccination program. Those in the A1 category are healthcare workers.