Experts from the University of the Philippines wanted Metro Manila to be reverted to modified enhanced community quarantine but the government considered the assurance of mayors that they would work hard to contain the spread of COVID-19. 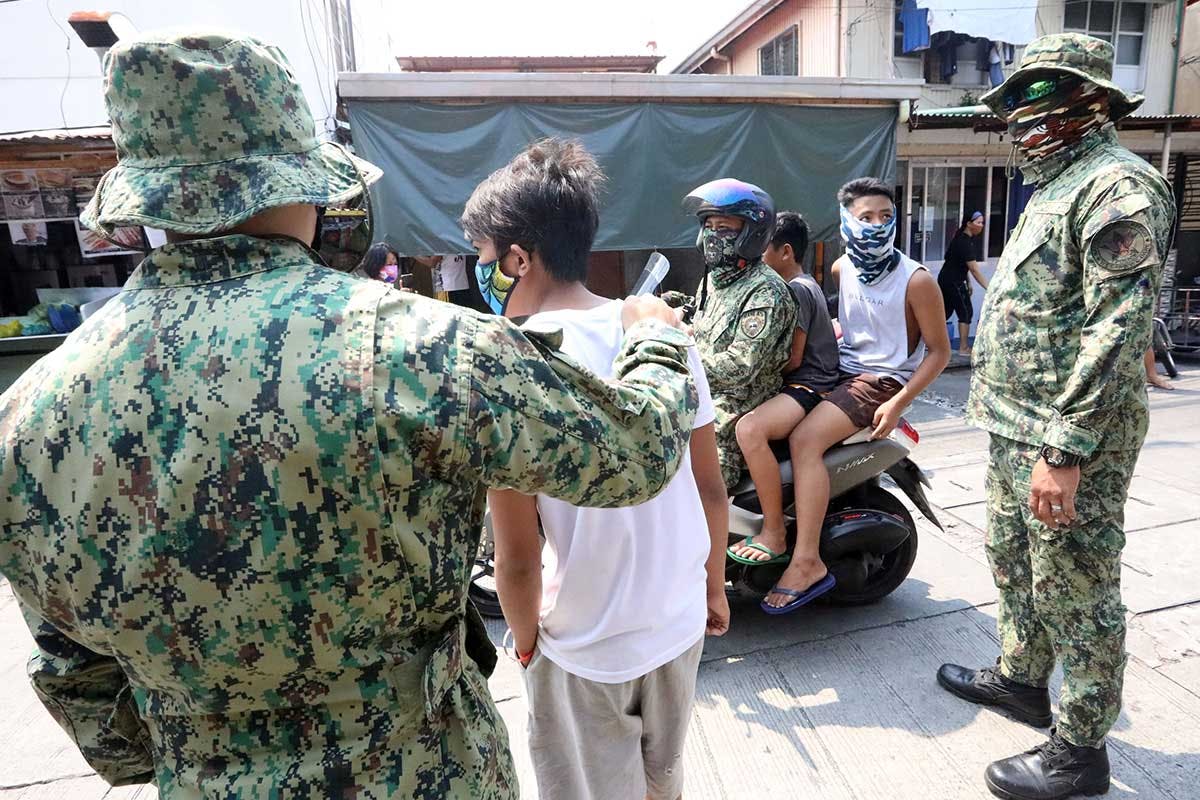 Members of the Manila Police District rescue some children roaming the streets of Tondo on July 15, 2020. The city has an ordinance restricting the movement of children due to the COVID-19 pandemic in accordance with the policy of the national government. Photo by Edd Gumban, The Philippine STAR

Quarantine restrictions in Metro Manila will not be tightened in the next two weeks while Cebu City will be downgraded to a more lenient lockdown scenario, Malacañang said Wednesday, July 15.

Presidential spokesman Harry Roque said Metro Manila, which accounts for nearly half of the Philippines' more than 58,000 coronavirus disease 2019 cases, would remain under general community quarantine until July 31.

He revealed that experts from the University of the Philippines (UP) had recommended that the National Capital Region be placed under the stricter modified enhanced community quarantine (MECQ) to contain the spread of the virus.

Duterte had agreed to tighten restrictions in Metro Manila but changed his mind after coronavirus policy chief implementer Carlito Galvez Jr. and Interior Secretary Eduardo Año urged him to reconsider his decision.

Roque said the Metro Manila mayors gave assurances that they would intensify localized lockdowns as well as testing, tracing and treatment of COVID-19 patients. The mayors, who suggested “hybrid” GCQ also promised to strictly implement the quarantine restrictions in their areas of jurisdiction.

“Hybrid” GCQ means the movement of people will be restricted but economic activities will continue, provided that the private sector, including businesses, will take “equal responsibility” for containing the spread of the virus.

"It was made clear in the discussions that if the spread of COVID is not contained, Metro Manila may revert to MECQ after two weeks," Roque said.

Cebu City, meanwhile, will be downgraded from the strictest enhanced community quarantine (ECQ) to modified ECQ or MECQ, wherein selected industries are allowed to partially operate but public transportation remains suspended. Officials have claimed that the lockdown measures have slowed virus transmission in Cebu City, which was reverted to ECQ on June 16 due to the rising cases of COVID-19.

Other areas that will be under GCQ until the end of the month are Laguna, Cavite and Rizal in Luzon; Lapu Lapu City, Mandaue City, Ormoc City, Southern Leyte, Talisay, Minglanilla, and Consolacion in the Visayas; and Zamboanga City, Butuan City, Agusan del Norte, and Basilan in Mindanao.

Areas that will be under the modified general community quarantine (MGCQ) medium risk are:

Areas under MGCQ medium risk are required to follow zoning containment strategies and should strictly implement local health and containment measures. The rest of the country are considered low-risk areas and will remain under a more lenient MGCQ until July 31.

Education Secretary Leonor Briones reiterated on Wednesday that the opening of classes for school year 2020-2021 will push through on Aug. 24  with schools in different regions implementing their own form of blended learning.

Republic Act No. 7977 mandates that the school year shall start on the first Monday of June but not later than the last day of August. 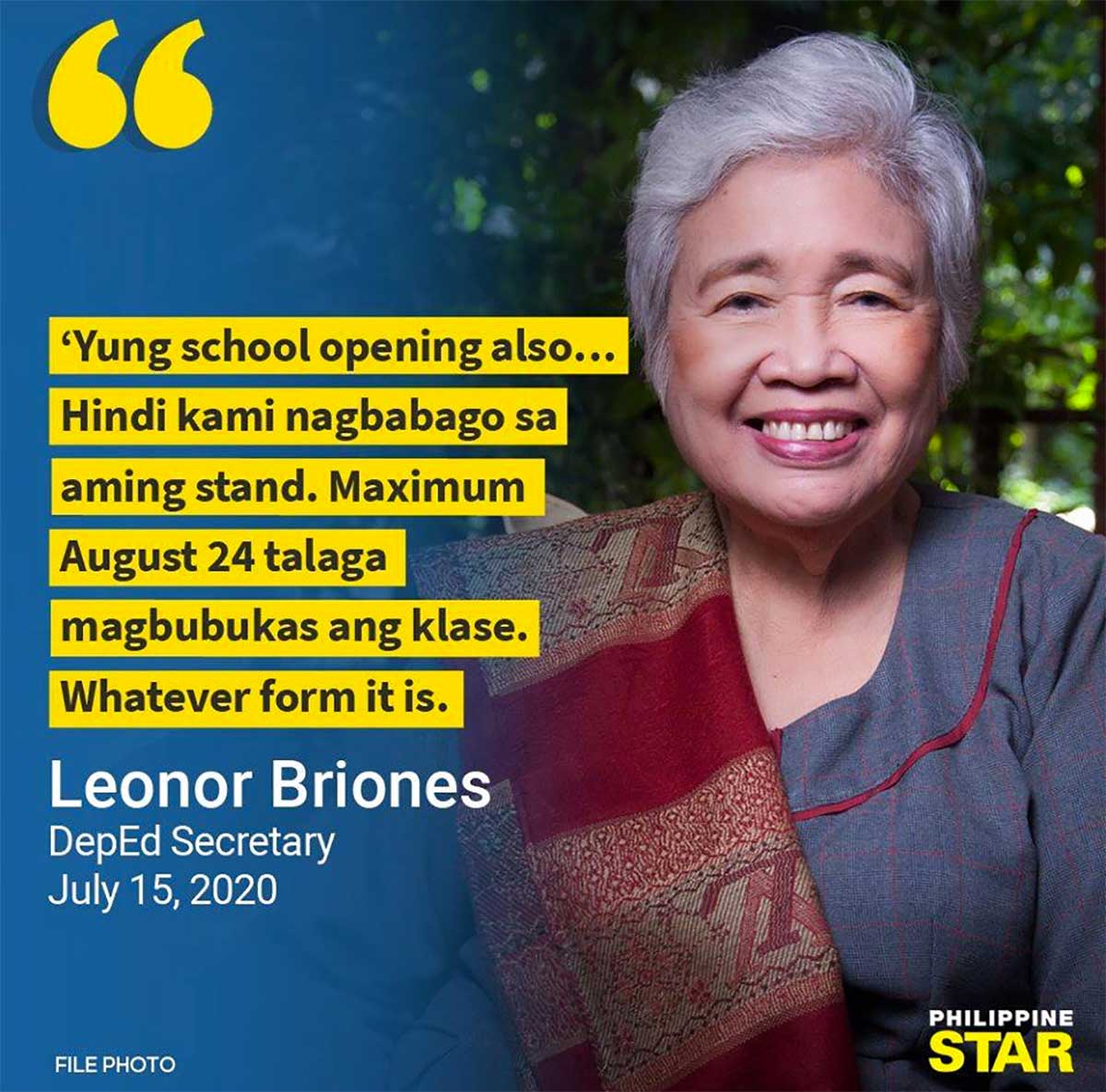