Meralco Looks Toward A Sustainable Future In Power Up Forum

Meralco organized the Power Up Forum, gathering industry stakeholders and subject matter experts, to discuss the role of both government and the private sector in tackling the challenges of sustainability. 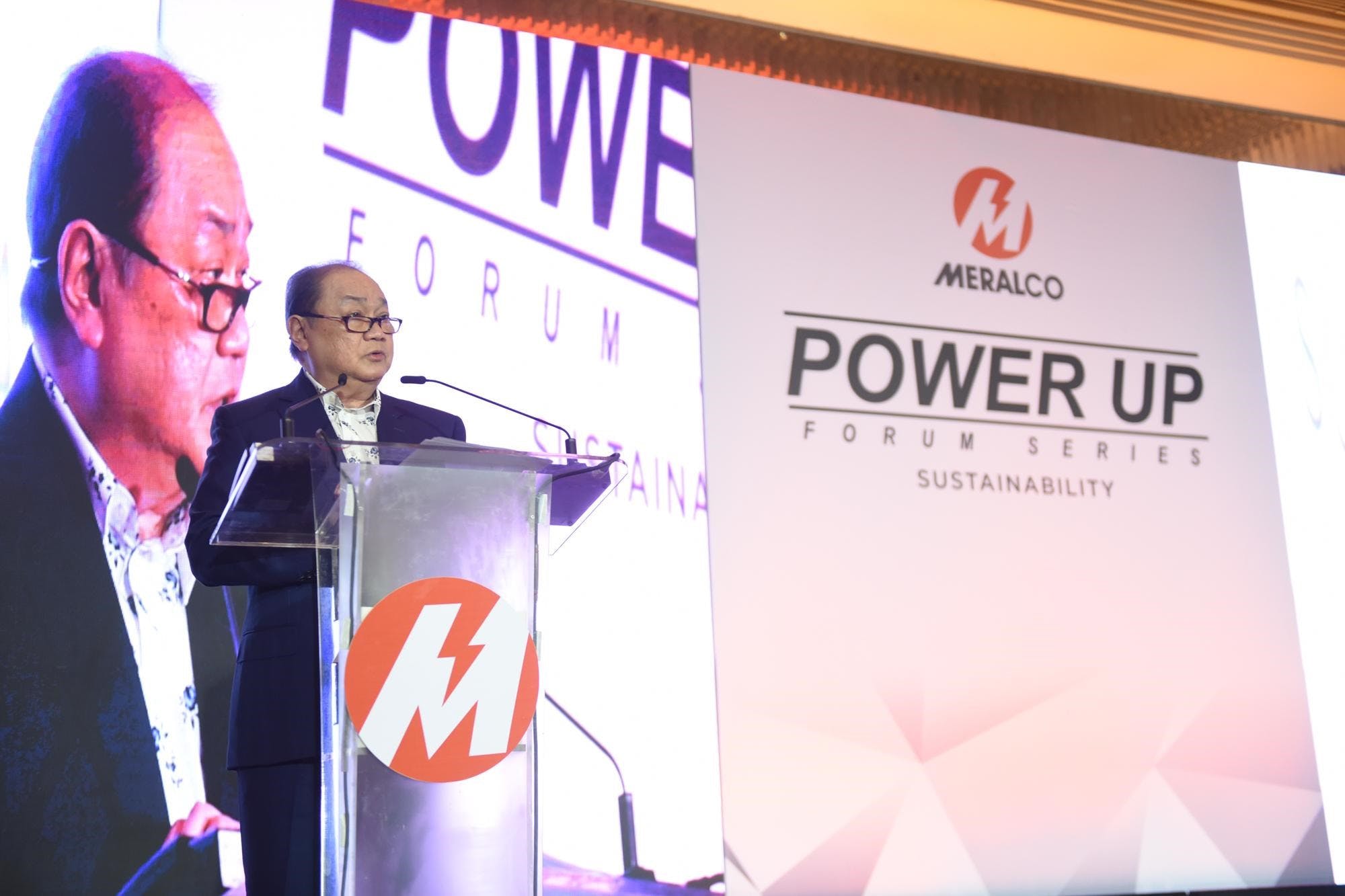 It may be strange to look to Bill Gates — founder of Microsoft and, according to Forbes, currently the second-richest person in the world — as a guiding light for sustainable practices. But Meralco chairman Manny V. Pangilinan thinks Gates may be onto something.

“He believes that to address the diminution of fossil fuels, we need to look at technology as the best way to reduce pollution arising from the use of fossil fuels,” said Pangilinan in his opening remarks at a Meralco Power Up Forum held last September 20 at Makati Shangri-La.

The forum couldn’t have come at a better time. When the RA 11285 or the Energy Efficiency and Conservation (EE&C) Law was passed last April, the government drew a line on the sand, finally putting the full force of the law behind sustainability. Businesses will be mandated to implement EE&C measures and report back on these efforts to the Department of Energy (DOE). But even if specifics haven’t been revealed yet (pending the release of the law’s implementing rules and regulations), the private sector is already being challenged to coordinate on how best to live up to this new law.

It’s in this context that Meralco organized the Power Up Forum, gathering industry stakeholders and subject matter experts to discuss the role of both government and the private sector in tackling these challenges of sustainability. “It is necessary to reform in order to preserve,” Pangilinan said. “Today, we must seize this moment and it is time for a reset. This change in thinking has made our businesses adopt and integrate environmental, social and governance principles.” 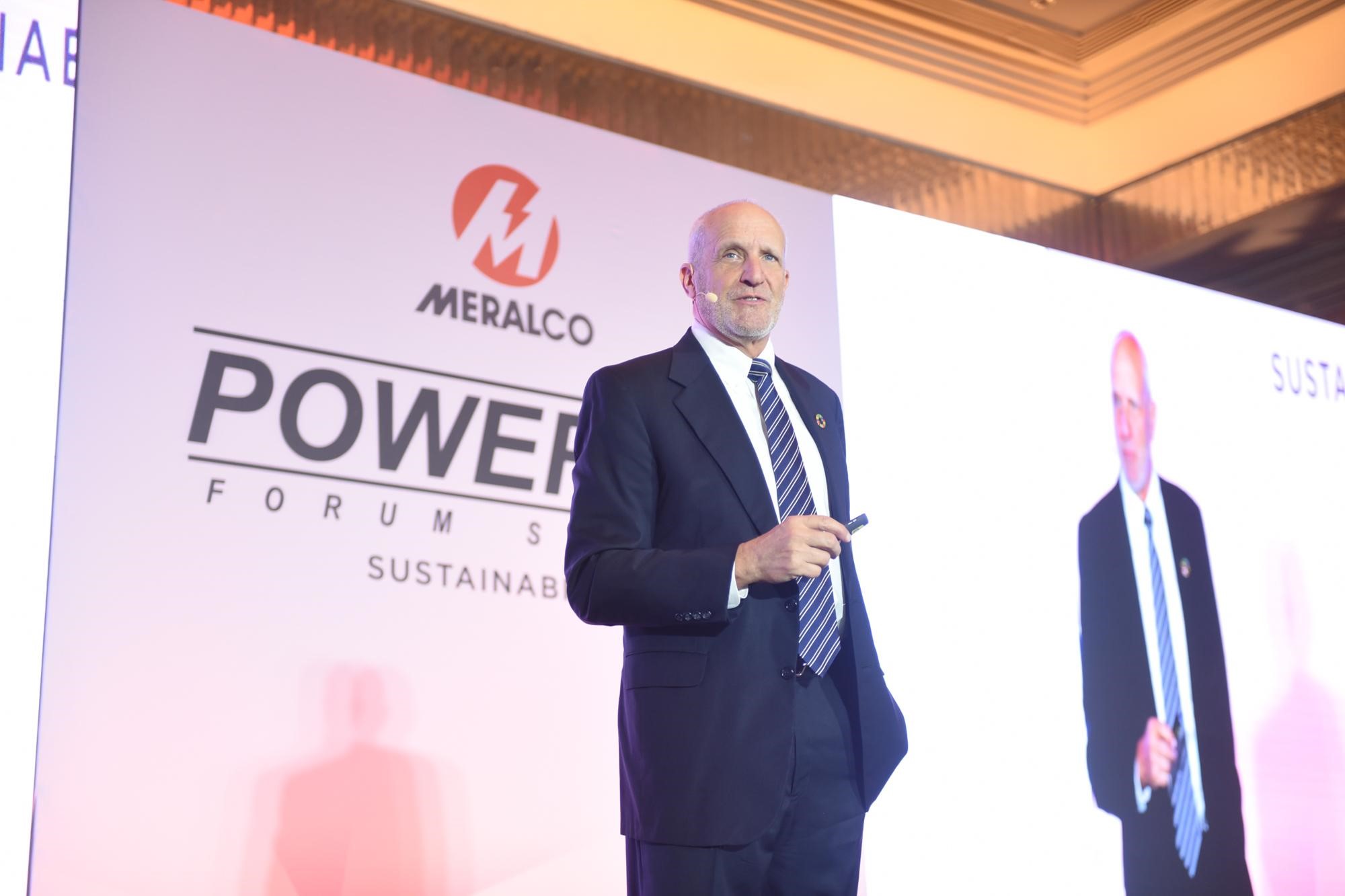 The good news is that, according to recent Meralco research, majority of the power distributor’s business customers (75 percent for corporate, 57 percent for government and 54 percent of SMEs) consider themselves as custodians of the planet. These customers look forward to adopting sustainability into their business practices.

It’s a sentiment echoed by Senator Sherwin Gatchalian, who is the head of the Senate Committee on Energy, and a panelist in the Power Up Forum. “Bringing sustainability into national consciousness is imperative,” he commented. “The next challenge would be figuring out how to cascade it down to the local governments, all the way down to the barangay level, as well as MSMEs.”

A very useful framework for these stakeholders are the 17 Sustainable Development Goals (SDGs) of the United Nations, which the Philippines adopted back in 2015. To track a business’s contribution to the SDGs, the Global Reporting Initiative (GRI) developed a tool called the SDG Compass, which helps enterprises understand each SDG, set goals for their business, apply them to their line of work, and report on them.

It’s all part of GRI’s mission to encourage public and private entities to sit down and think about how their actions affect the environment. “We must help governments and organizations understand and communicate their sustainability impacts on the world,” said GRI chairman Eric Hespenheide, who was among the featured speakers at the Meralco Power Up Forum. 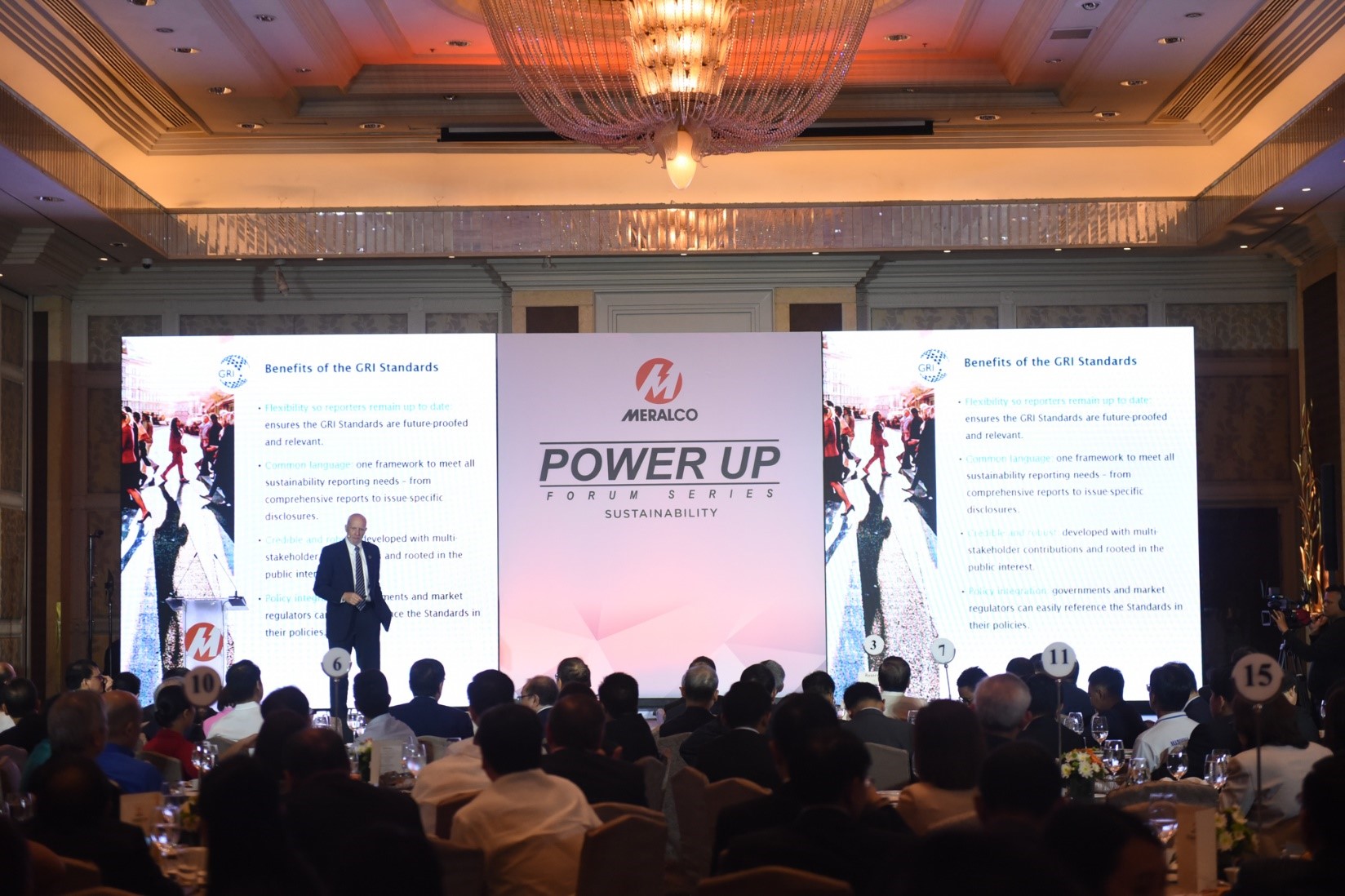 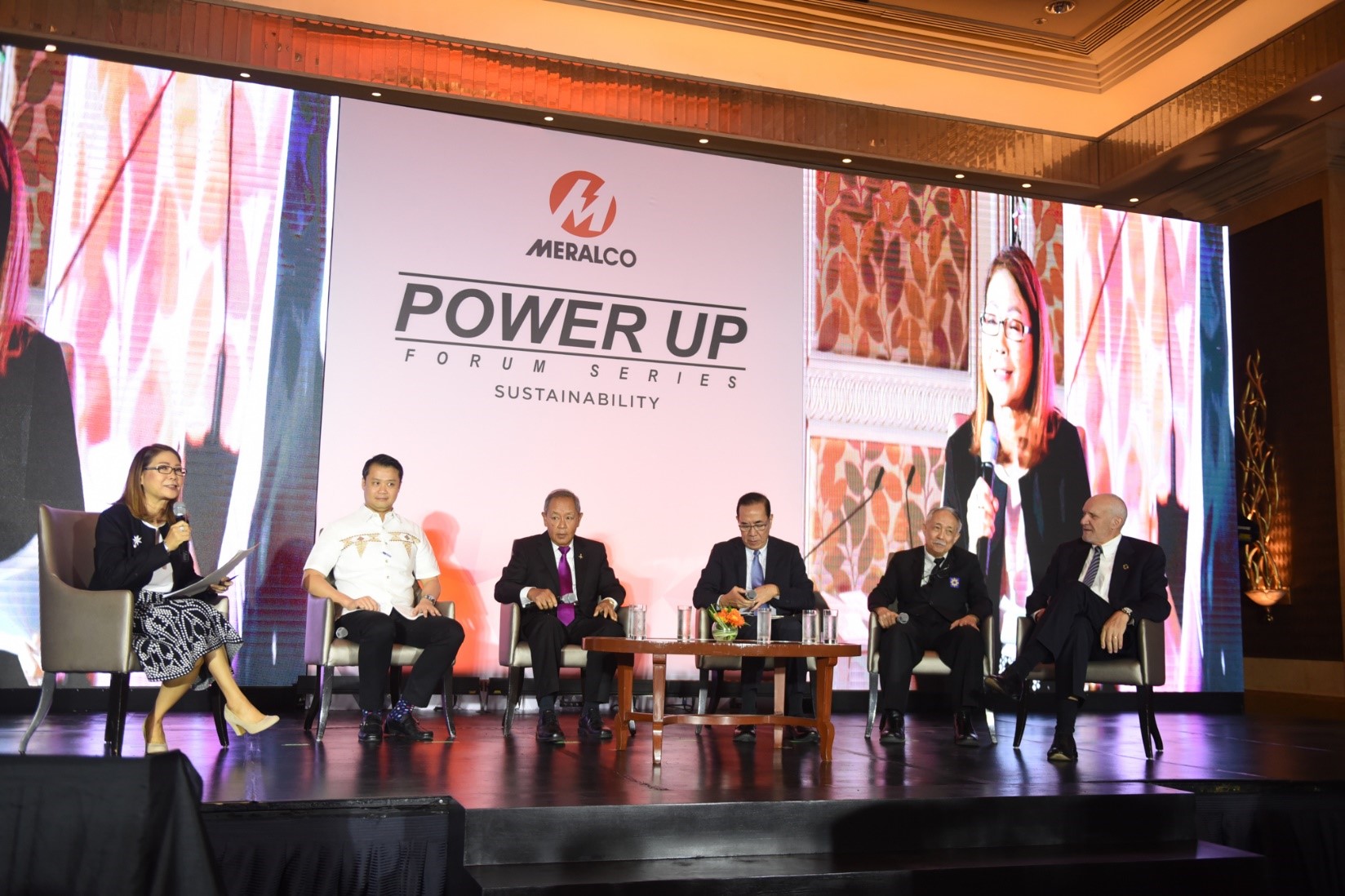 Sustainability is a particularly pressing issue for the energy industry. The Philippines is a signatory of the Paris Climate Change Agreement in 2016, but the reality remains: developing countries like ours still rely on coal-fired power plants to sustain rising electricity demands. The concept of immediately and thoroughly ending the use of fossil fuels still remains a far-off dream.

But that doesn’t mean that the industry should ignore one of the key SDGs (number 7, to be specific: access to clean and affordable energy). The answer may lie in a more gradual shift, a two-pronged approach that consists of increasing the yield from renewables while simultaneously improving efficiencies and lowering emissions from traditional carbon sources.

MGen president (and secretary general of the Association of Electricity Supply Industry of East Asia and the Western Pacific, or AESIEAP) Rogelio Singson expresses hope in new technologies used to generate electricity. “There has to be a balance,” he told the audience at the Forum. “Instead of immediately shifting to no coal, Meralco’s Energy Transition Plan calls for a balance by using coal that has high efficiency; low emission technology. Meralco PowerGen Corp. has a plant in San Buenaventura, which we hope to operate in the next few days, that uses the high efficiency and low emission so that we can discard old plants.”

It’s an admirable plan — one that’s fully supported by the DOE. Said DOE Senior Undersecretary Jesus Cristino Posadas at the Forum: “There are two aspects to the climate change action program, initial reduction and adaptation. We will adhere to it according to what we can afford.”

Because of the intricacies of balancing the need to go renewable with existing realities in electricity generation and utilization, the road towards an energy future that is entirely based on renewables is arduous. Even industrialized nations are finding it hard to break free from carbon sources that have fueled societies for centuries. Meanwhile, in the Philippines, both the public and private sectors are making small yet decisive inroads in their respective sustainability efforts, ever mindful of the impact of today’s actions to future generations.

As the Securities and Exchange Commission (SEC) moves to mandate sustainability reporting for publicly listed companies, private sector stakeholders are encouraged to inculcate sustainability-focused strategies in their internal mechanisms. This crucial step will empower real action that creates lasting social, environmental and economic benefits for all, leading to a better quality of life and more prosperous Filipino nation.

Presented by Meralco
Meralco celebrates 117 years of service in 2020. Our mission is to provide our customers the best value in energy, products and services. 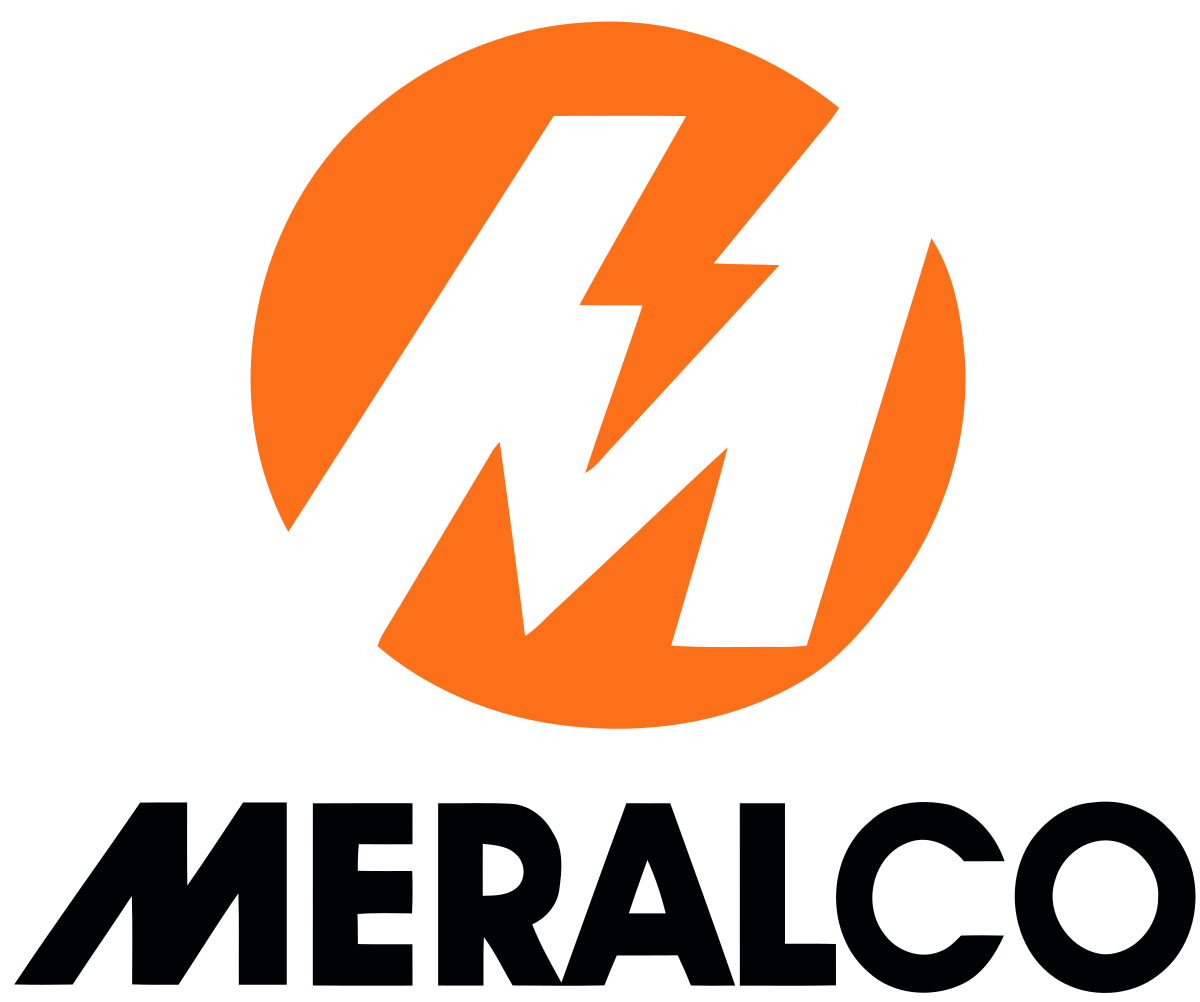