The Philippine National Police is seeking prayers for the two generals who sustained serious injuries following the crash of the helicopter carrying them. 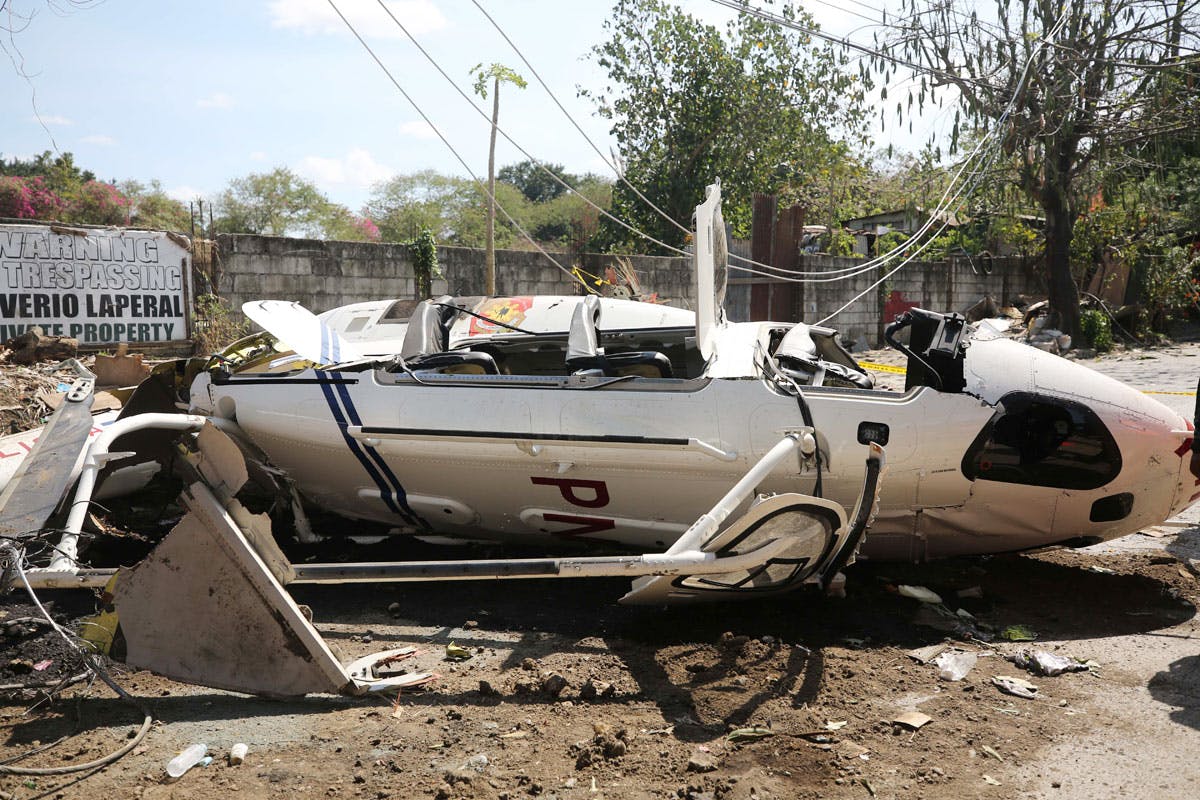 The Bell 429 helicopter that crashed in Laguna yesterday, March 5, 2020. Photo by Russell Palma, The Philippine STAR 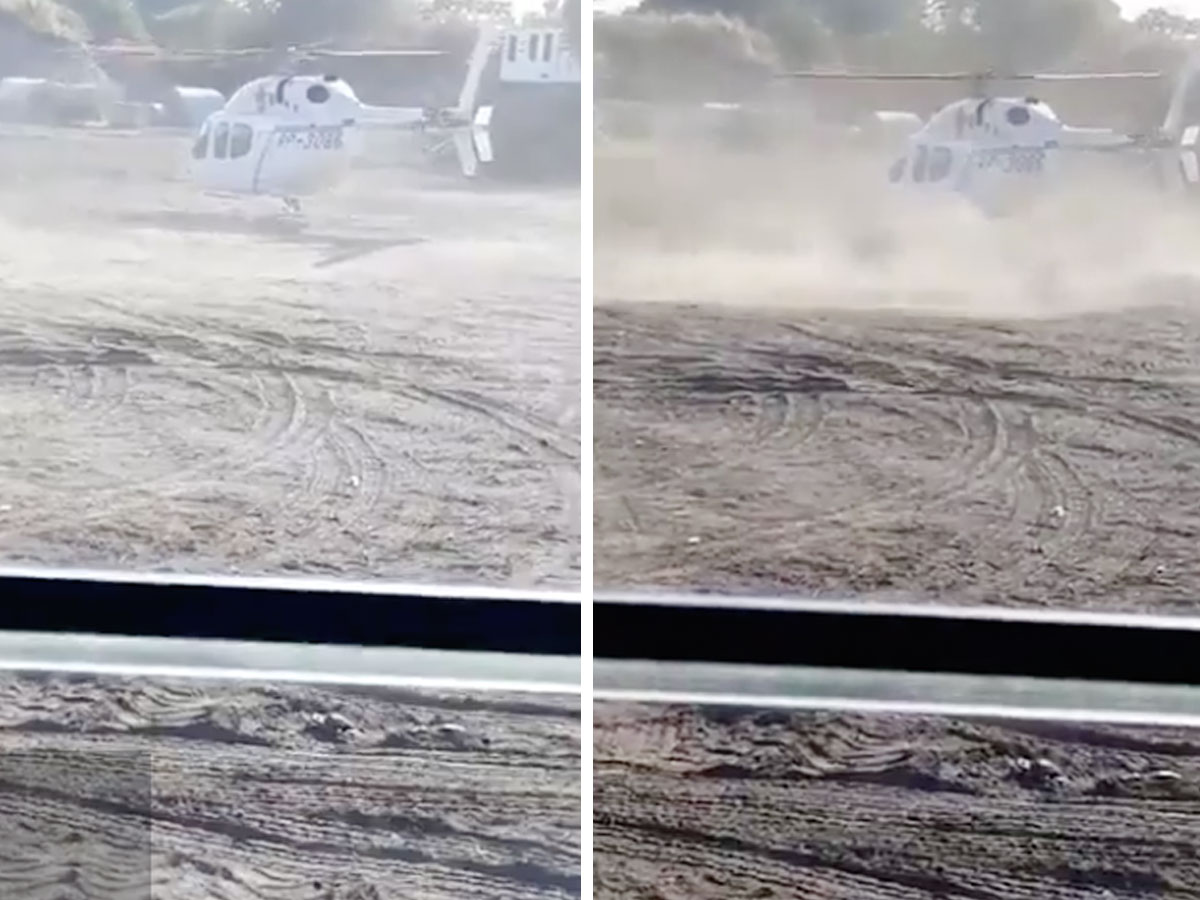 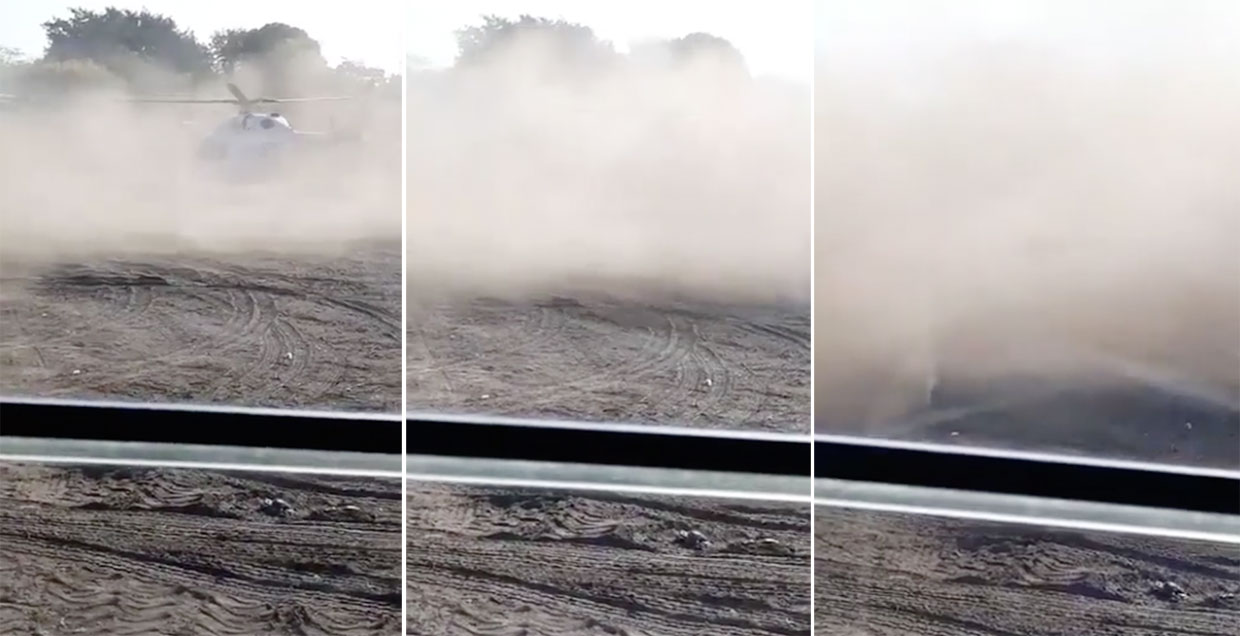 Gamboa and his companions had flown from the PNP headquarters at Camp Crame in Quezon City to the impounding area of the Highway Patrol Group at the Laperal compound in Barangay San Antonio, San Pedro City, Laguna on the PNP’s Bell 429 to conduct an inspection.

At around 8 a.m., as they took off to proceed to Camp Vicente Lim in Calamba, Laguna for a command visit, the helicopter accidentally hit high-tension electrical cables as shown by aerial photos below. It spun out of control for about a minute and then crashed. 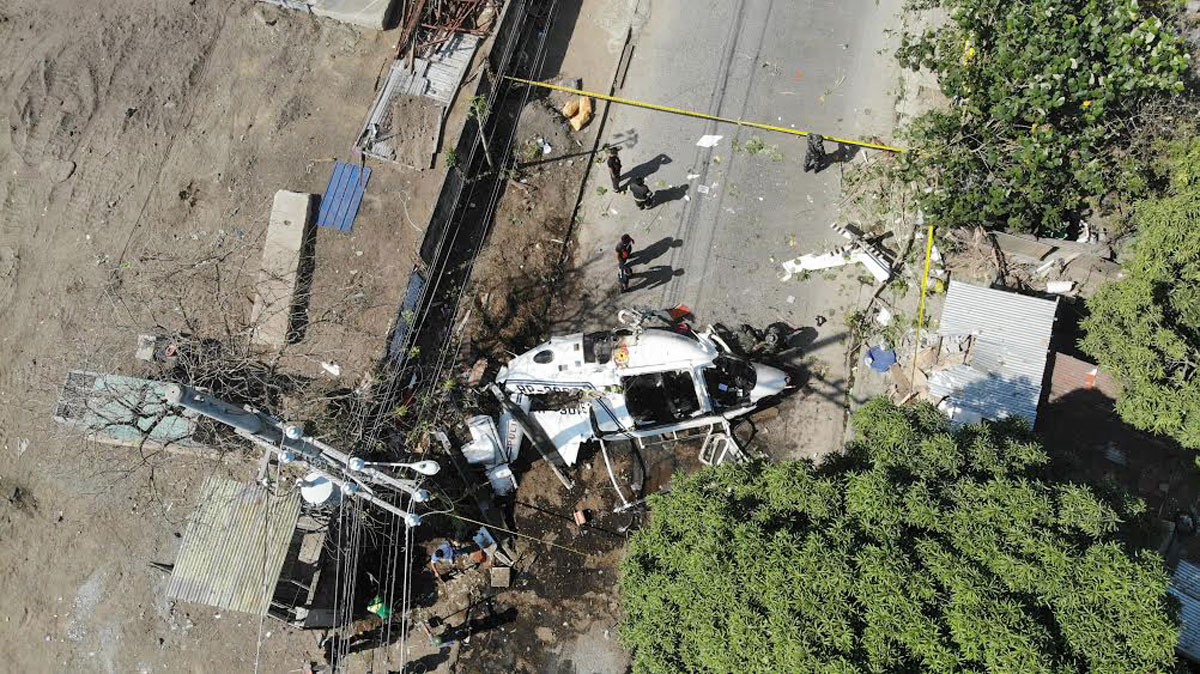 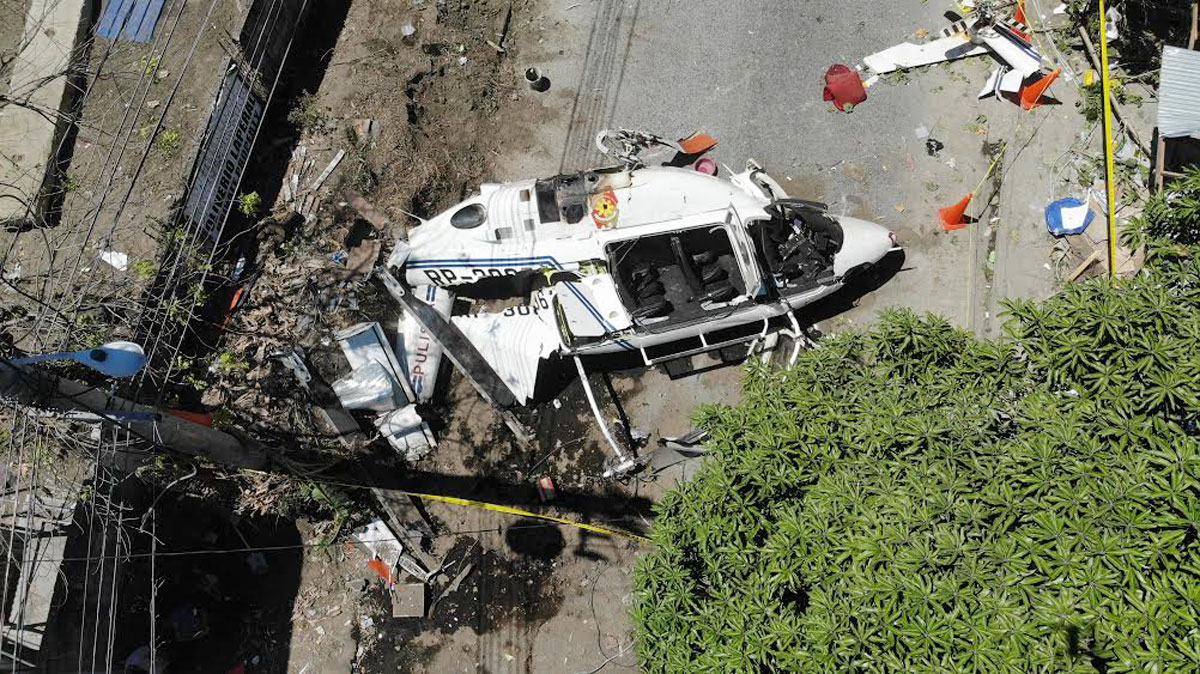 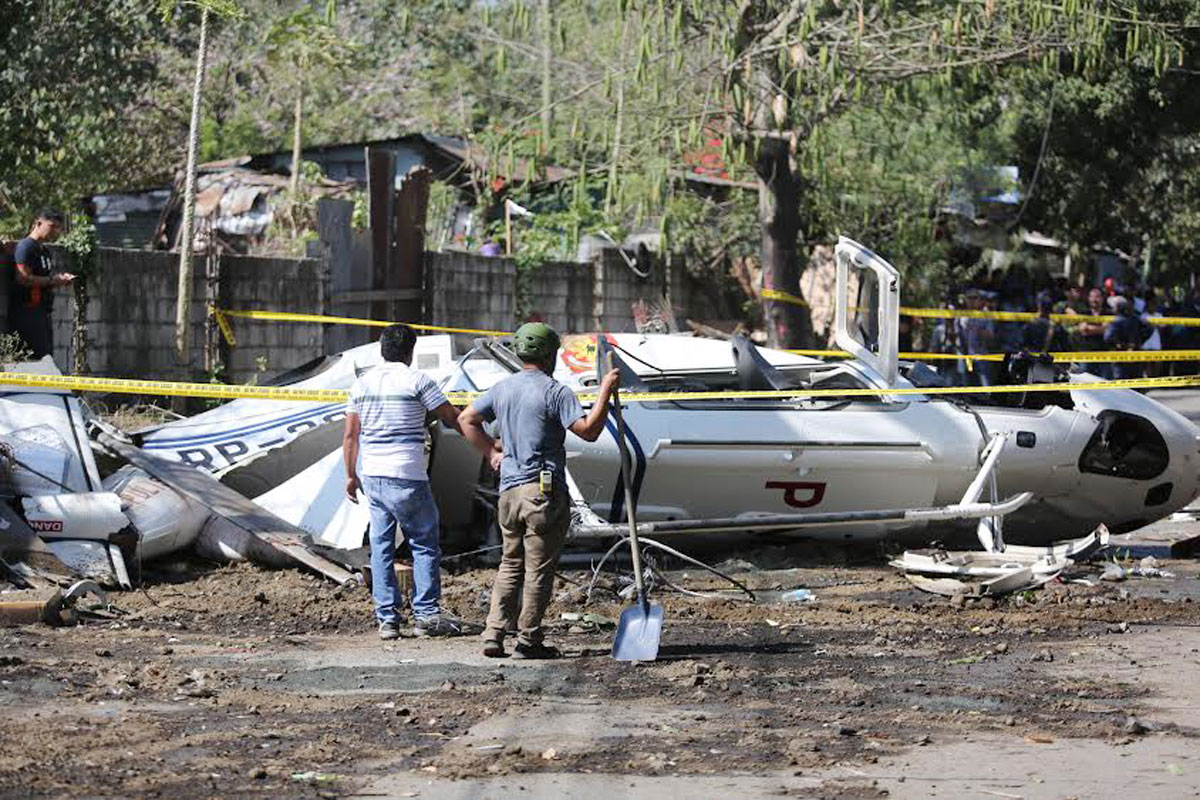 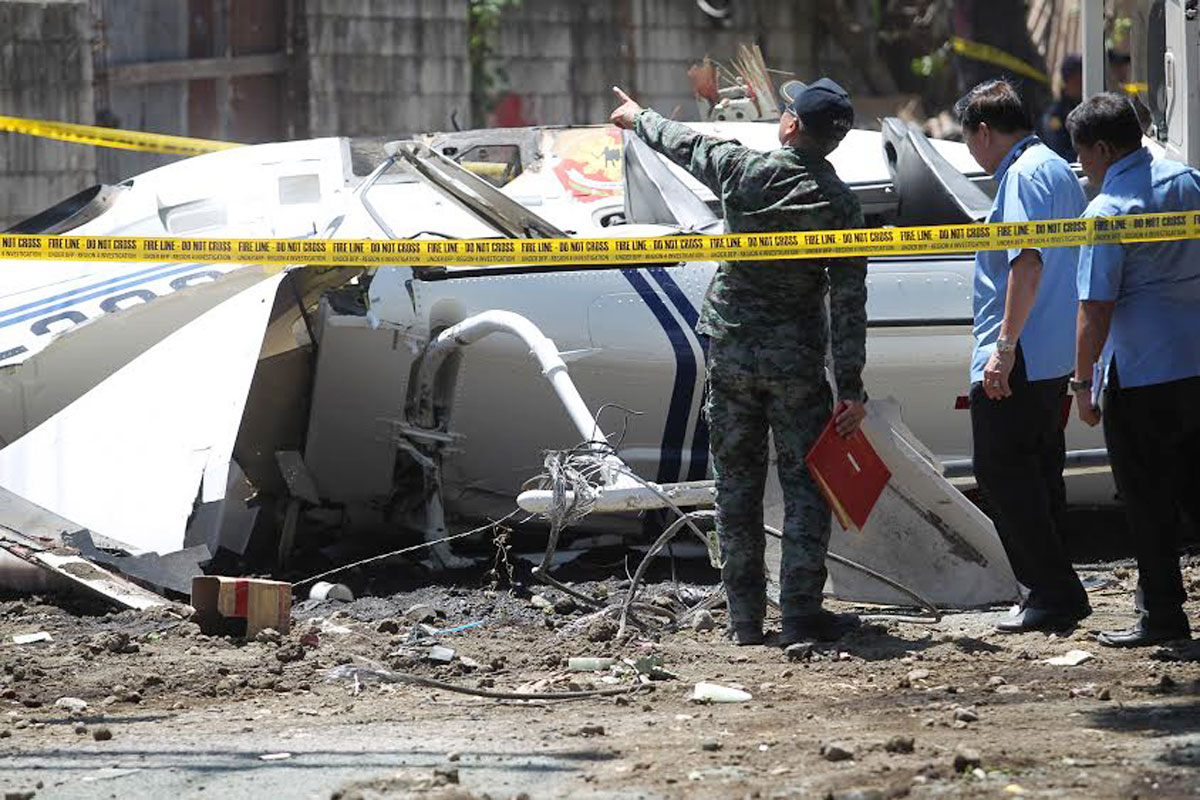 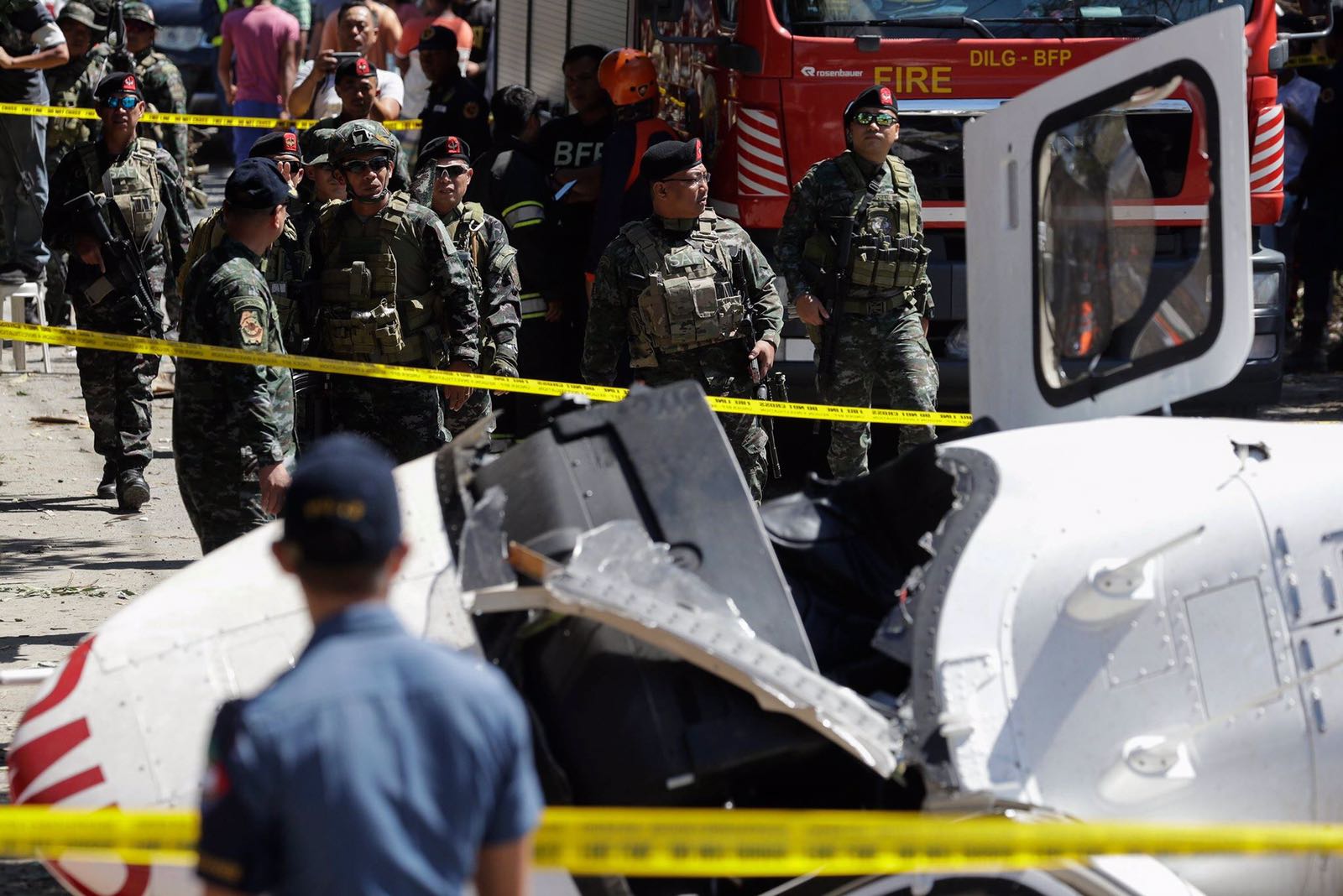 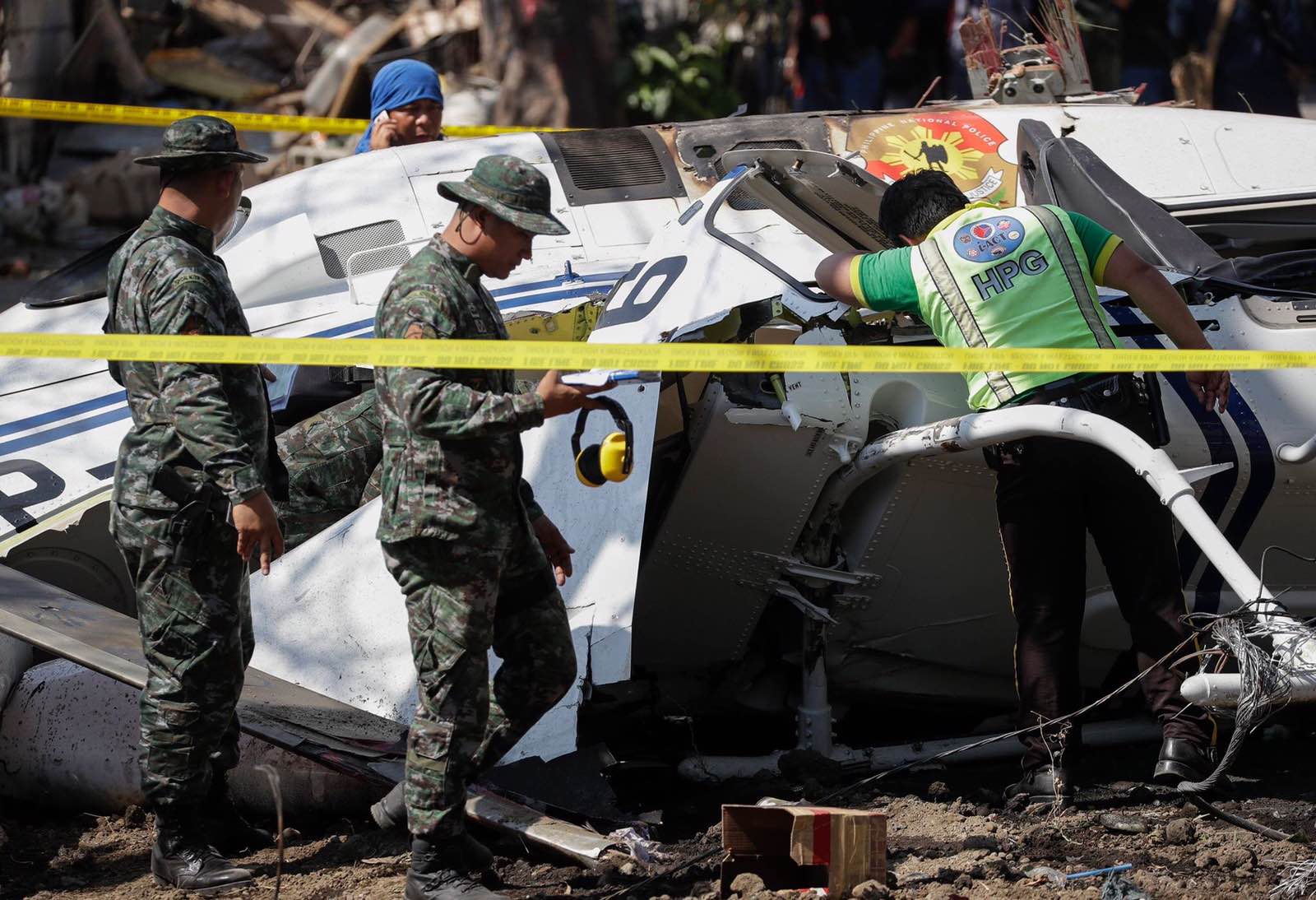 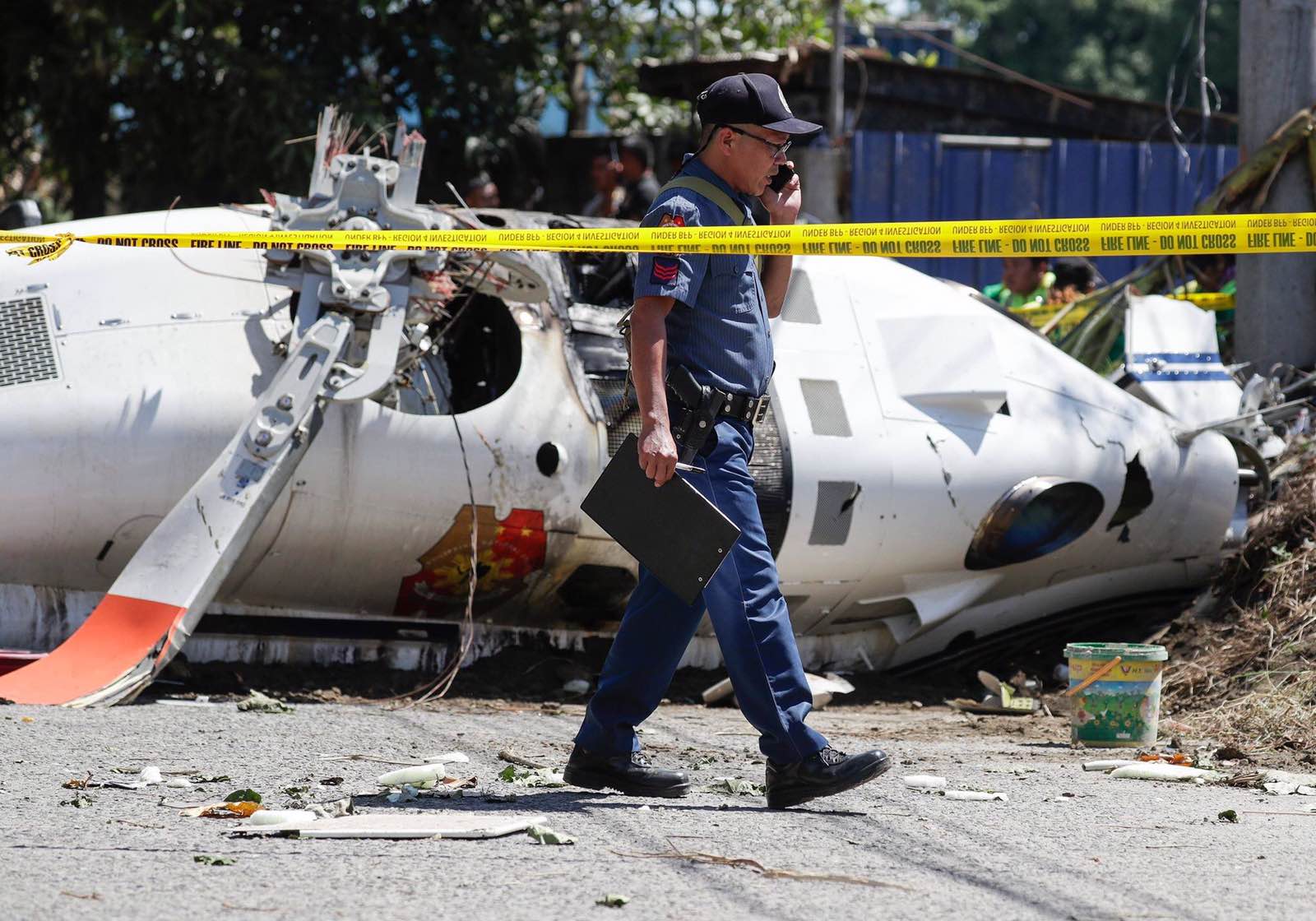 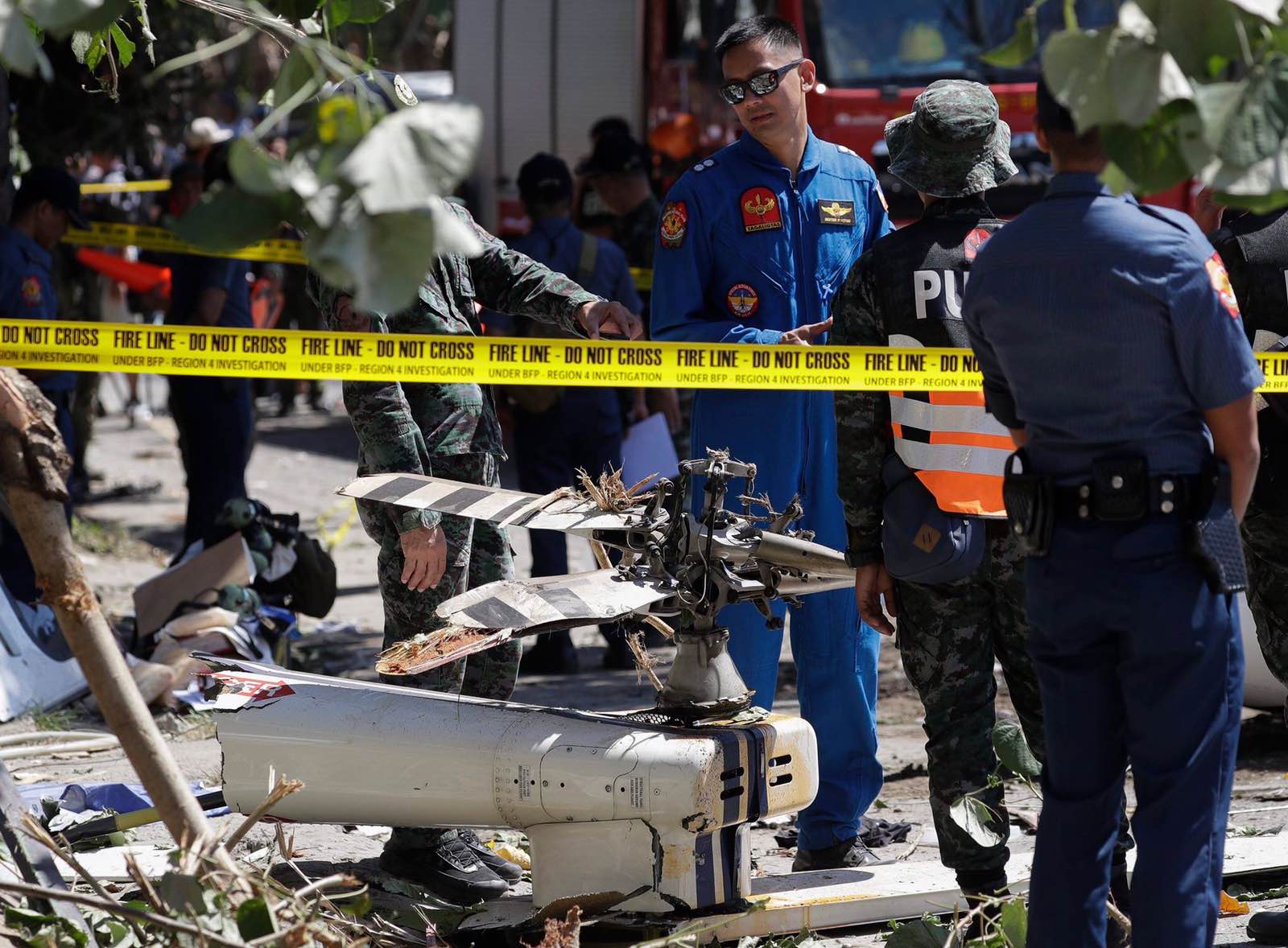 Gamboa and the others were quickly extricated from the aircraft.

Magaway and Ramos were reported in critical condition following the crash. Acting PNP spokesperson Benigno Durana Jr. said Ramos was transferred from the emergency room to the intensive care unit of Unihealth Southwoods Hospital and Medical Center in Biñan, Laguna.

“The two are now critical in condition and (Ramos) was placed in the ICU while the other (Magaway) was placed in critical care. The next 48 hours will be critical,” Durana told reporters.

Initially, authorities said all the passengers were safe and sustained only minor injuries. 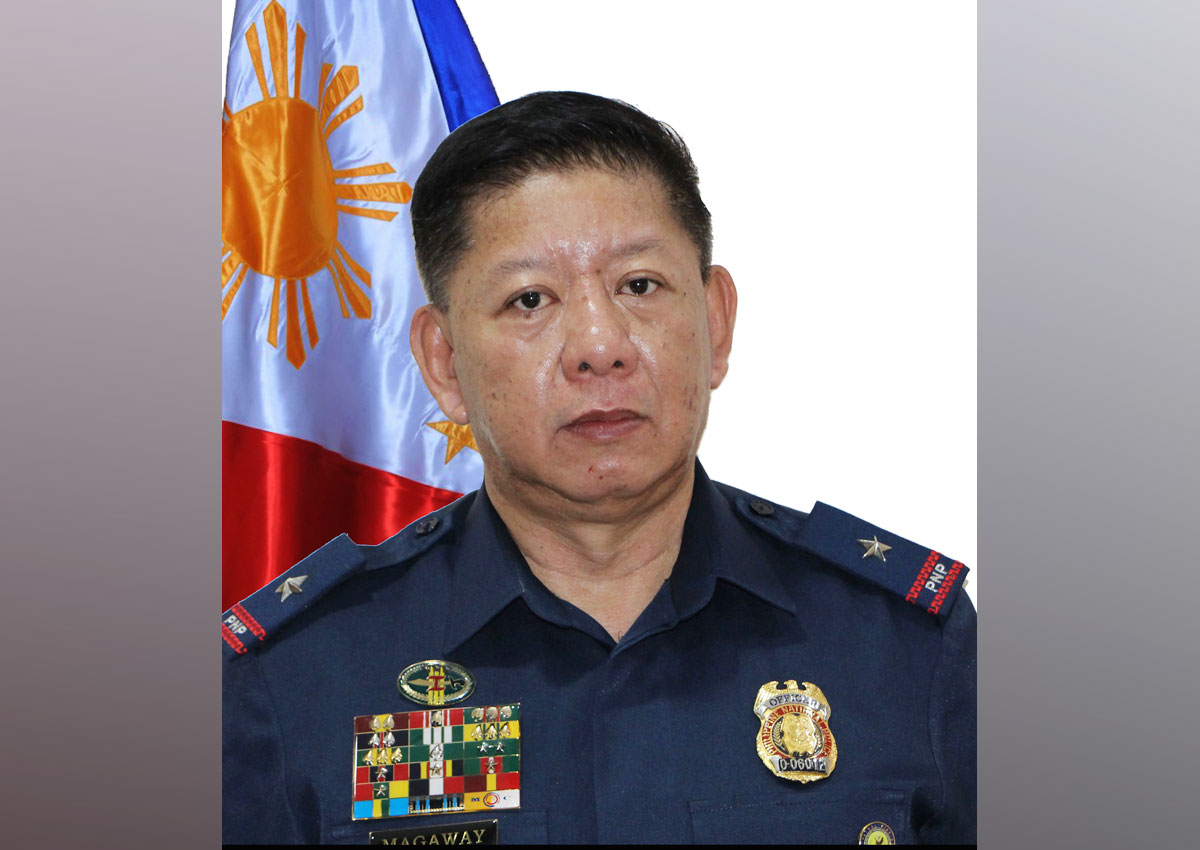 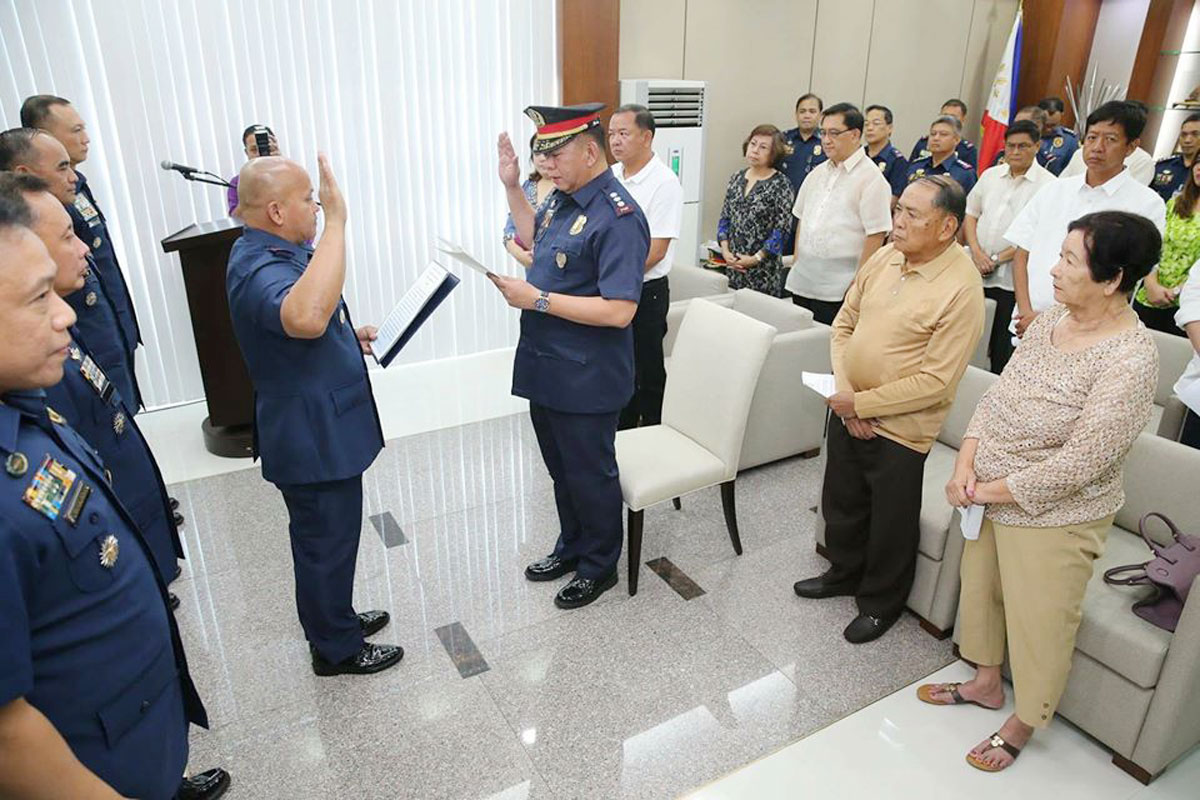 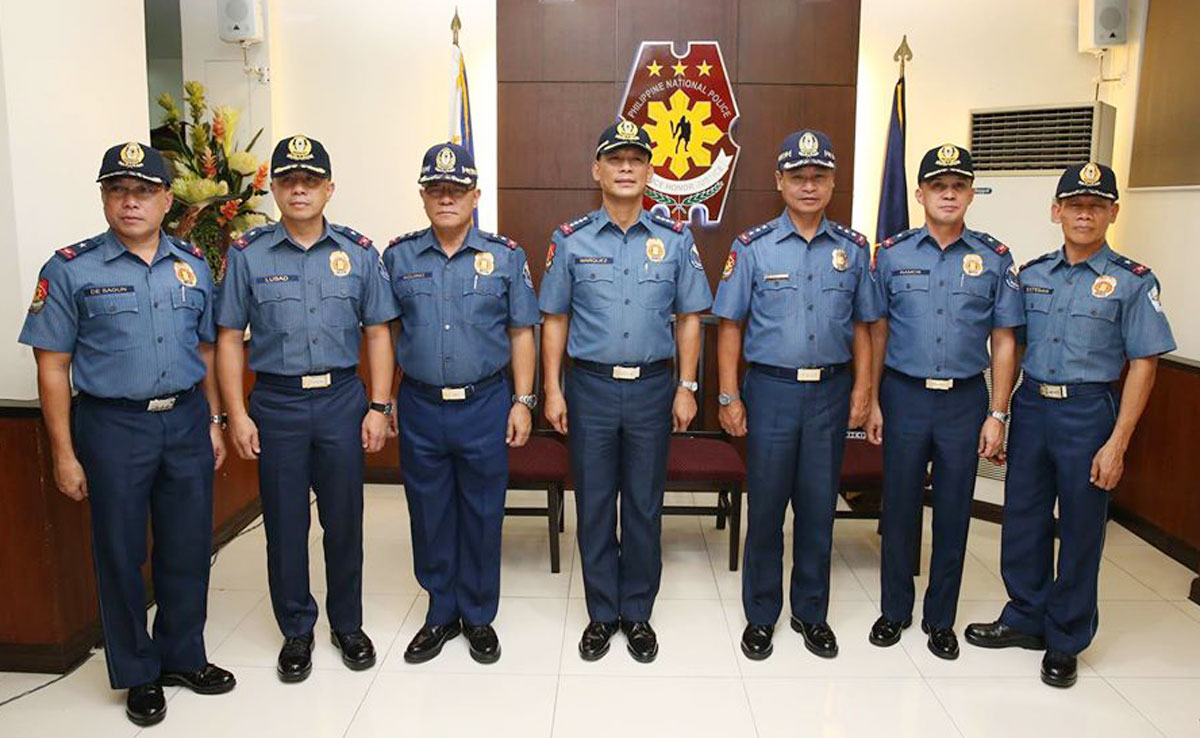 Gamboa was rushed to the Westlake Medical Center in San Pedro, Laguna and later transferred to St. Luke’s Medical Center in Taguig City. He has been declared in stable condition while the other officers are recuperating in different hospitals.

In a video message posted on the Facebook page of the PNP Public Information Office, Gamboa asked for prayers for those still recovering. He also appealed to the public not to upload graphic images of the incident. 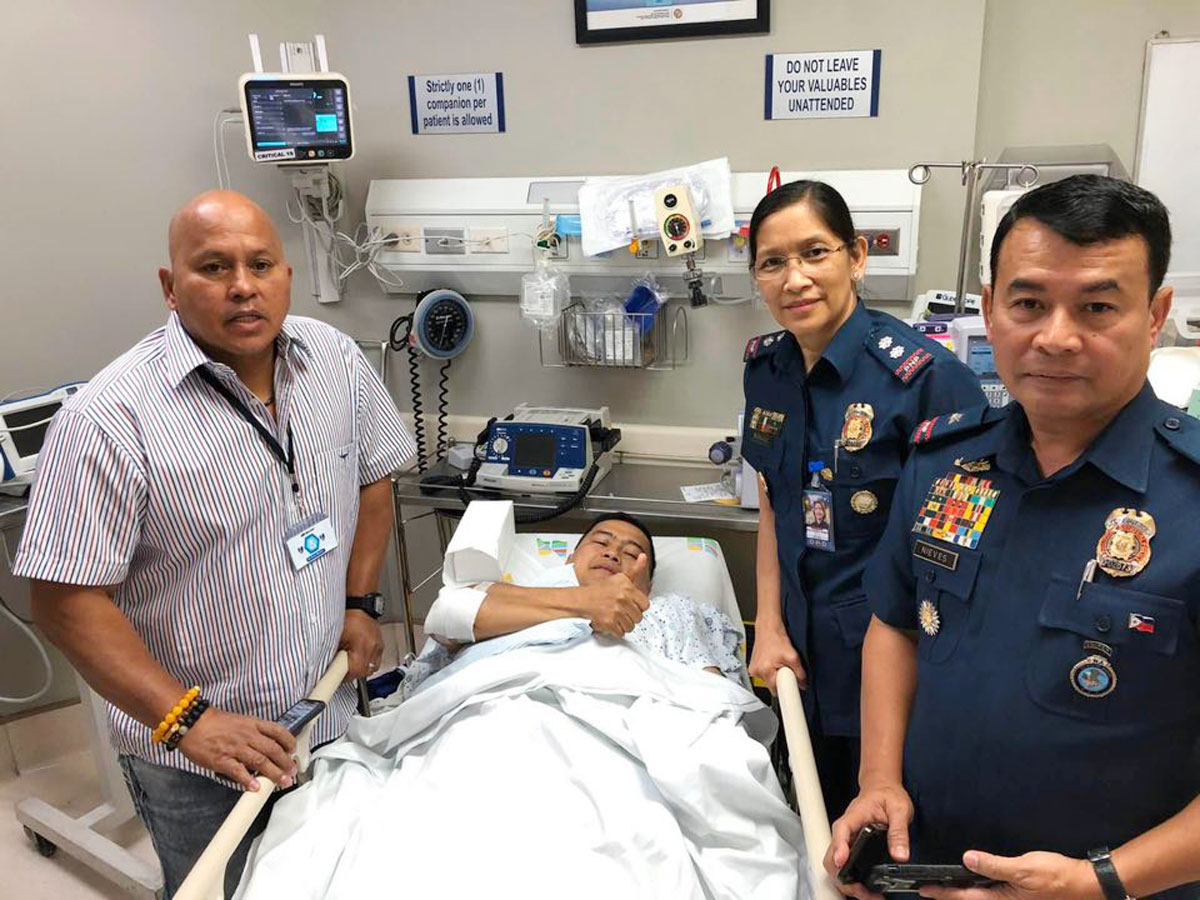 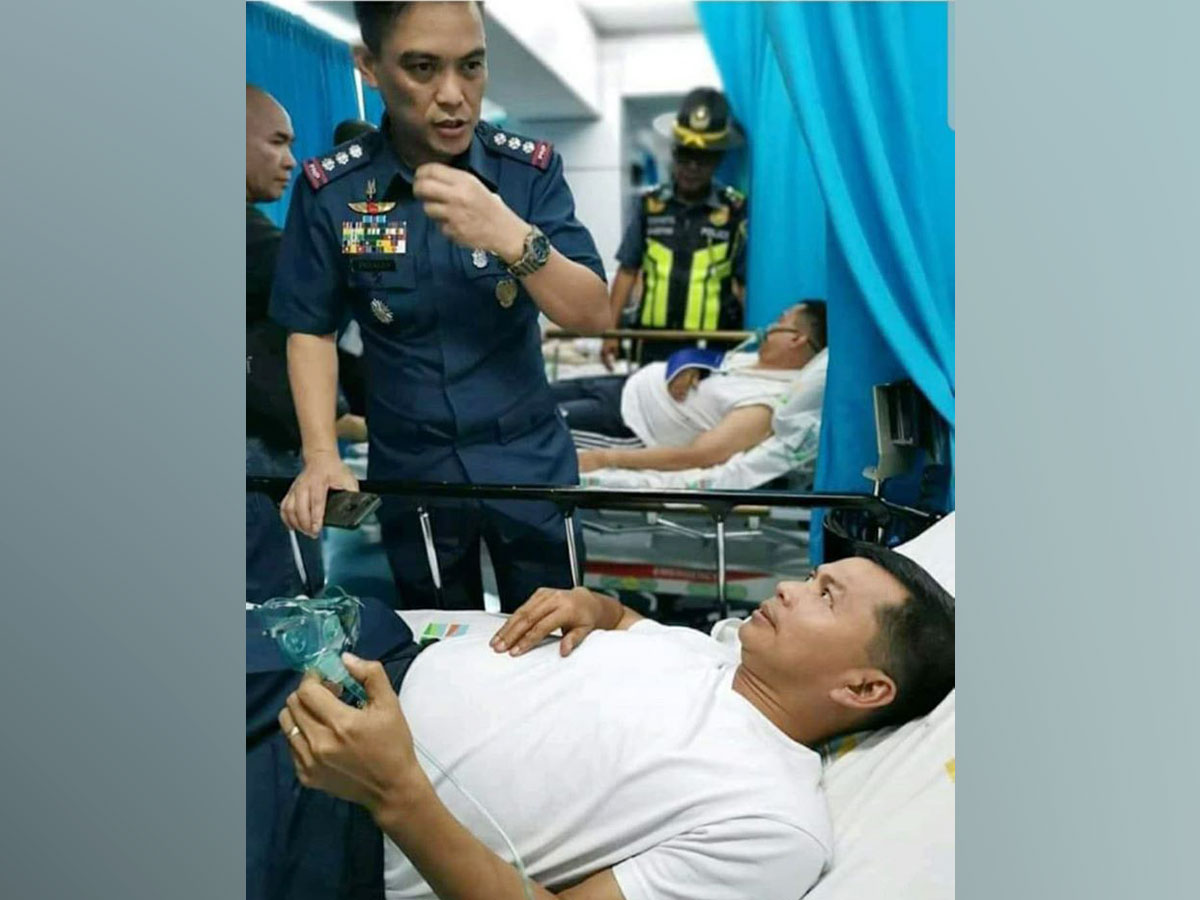 According to Durana, Magaway was already responding to treatment.

“We storm heaven with our prayers,” Durana told reporters at St. Luke’s after Gamboa was brought there.

Other friends also said they were praying for the recovery of the two generals. “Fight, please,” retired PNP general Augusto Marquez said in a message to Ramos posted on social media.

The PNP has formed special task group “Bell 429” that will investigate the incident, according to PNP deputy chief for administration Lt. Gen. Camilo Pancratius Cascolan.

While the probe is ongoing, the remaining six helicopters of the PNP are grounded.

“Maalikabok masyado (It was too dusty). I don’t know if that was one of the factors, but sabi ko nga the full-blown investigation is ongoing,” Cascolan said.

It was Gamboa himself who oversaw the bidding for the purchase of the Bell 429 helicopter that arrived in 2018. The PNP chief said earlier that the helicopter was acquired in the United States.

On Aug. 9, 2018, the newly acquired helicopter worth P435 million made PNP officers and employees jittery after it accidentally blew away a tent and toppled an LED screen while flying low during the 117th PNP service anniversary. 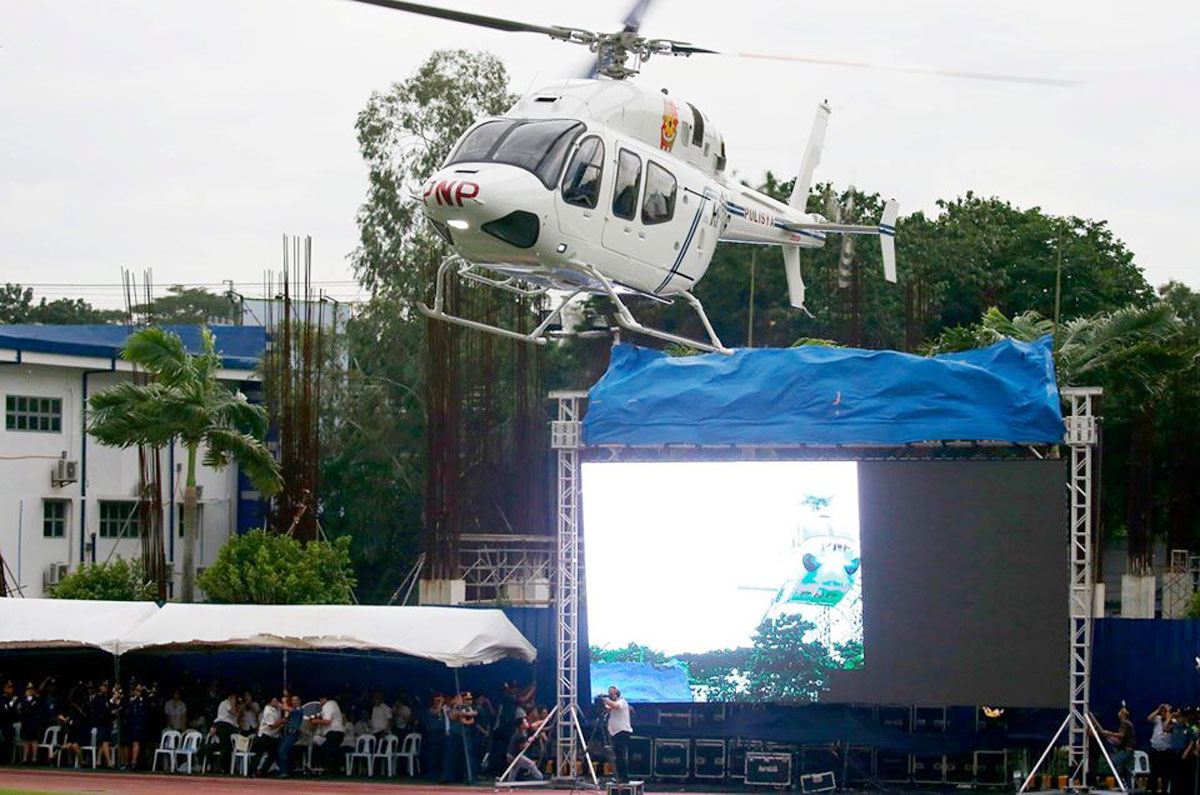 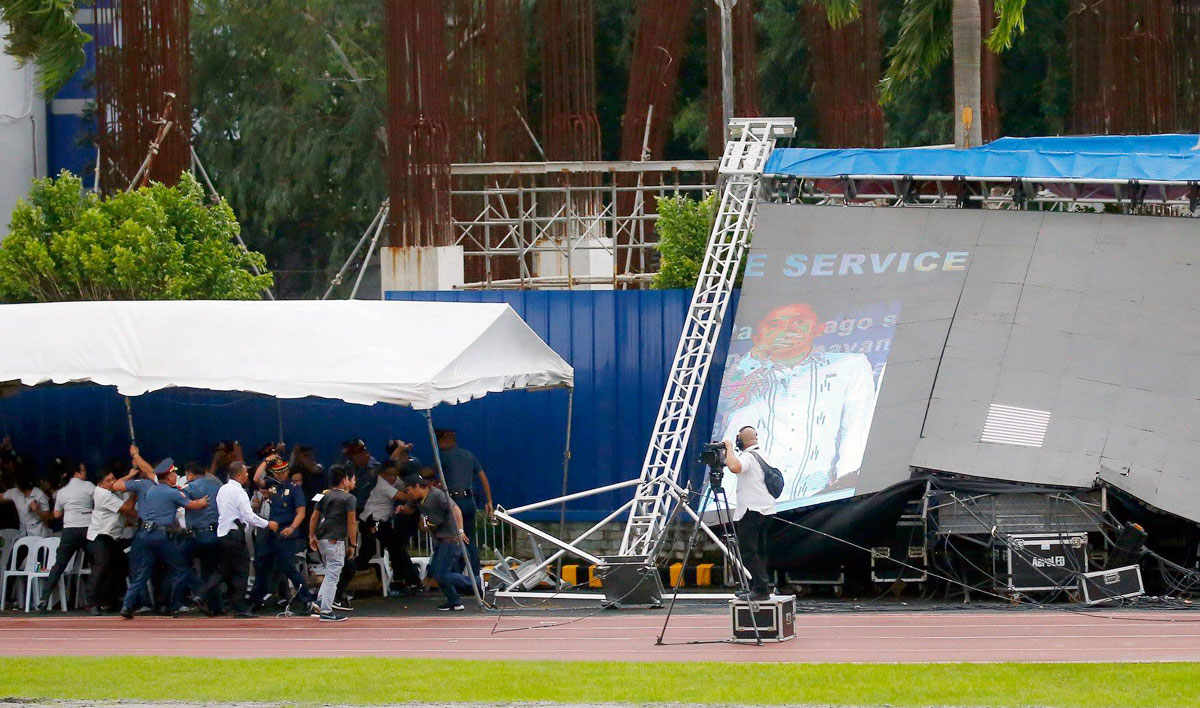 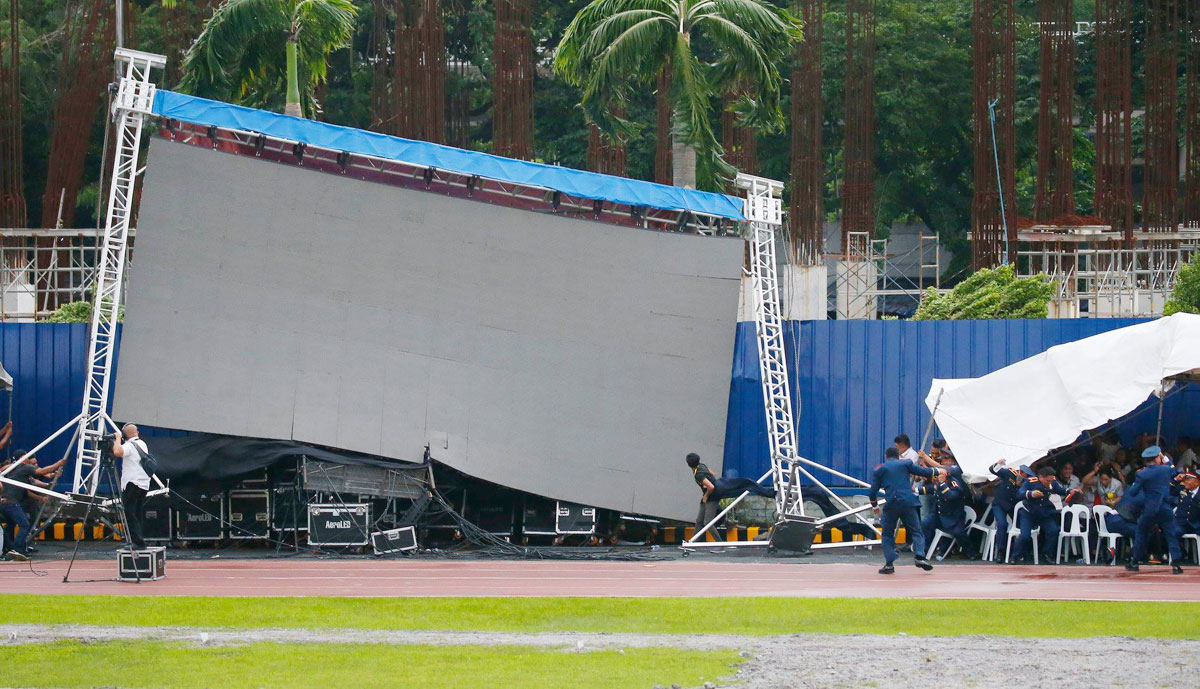 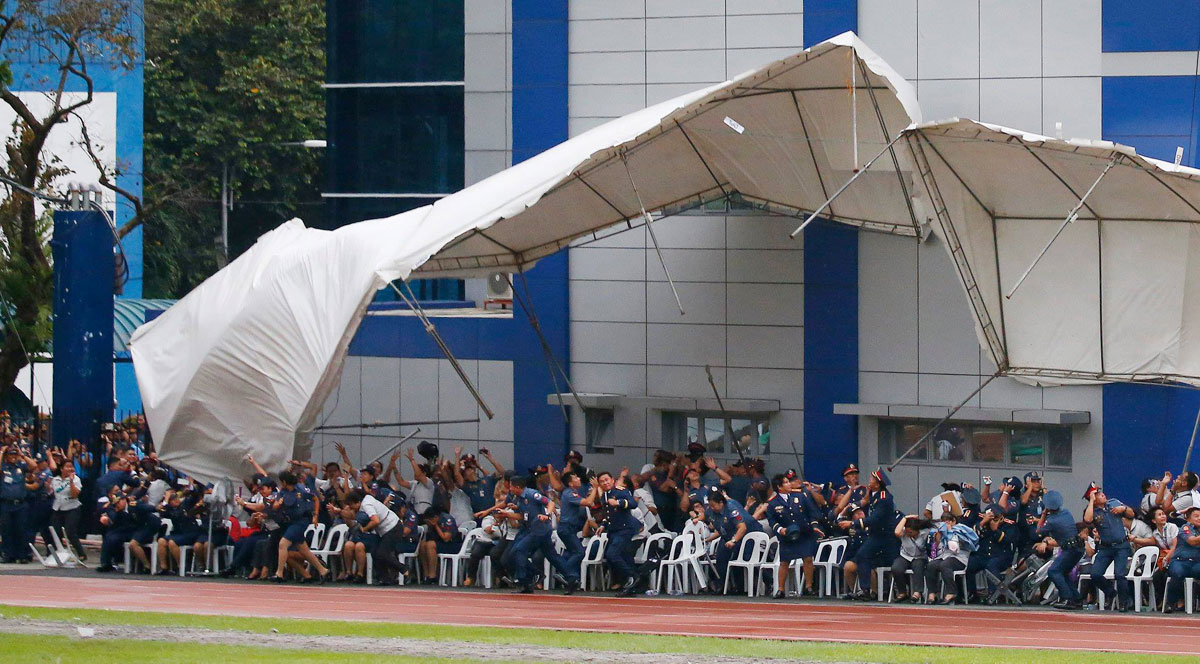