Now, imagine Organique Açaí as your powerful crusader against any illness or infection that helps the body regain its strength. 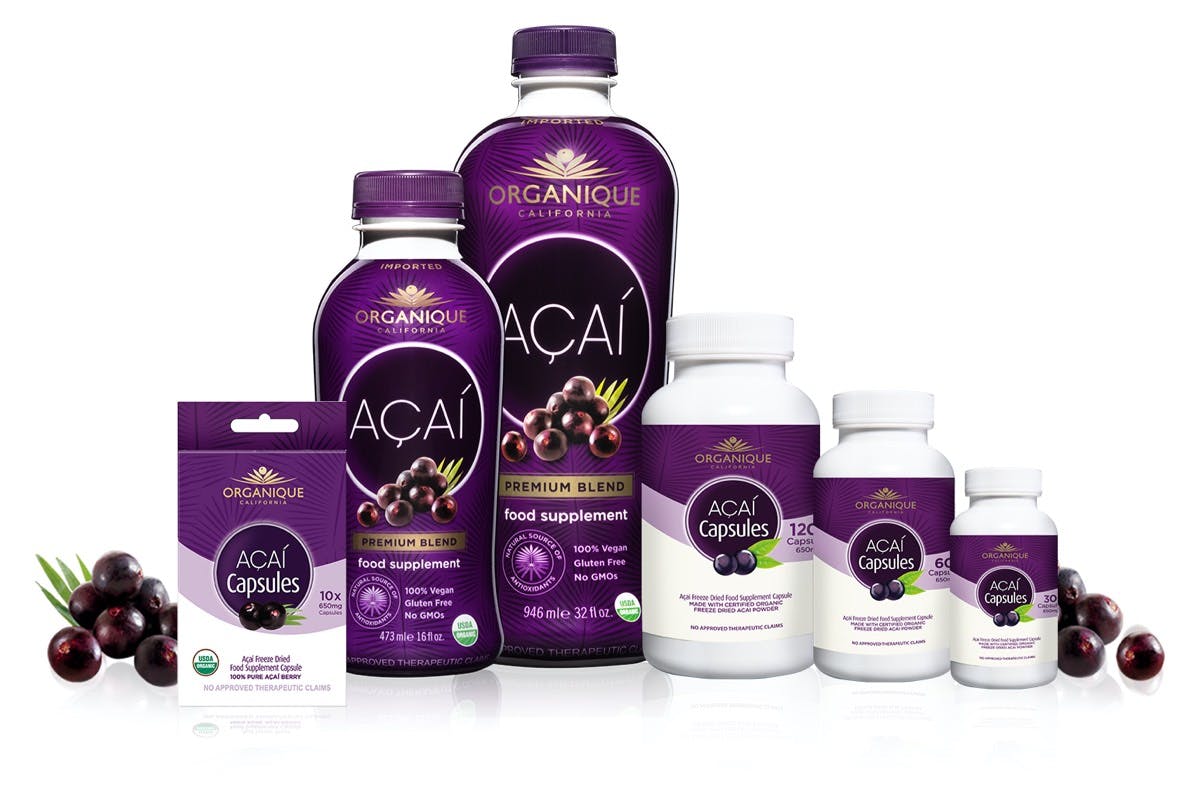 Perhaps it’s not known to many that the body’s immune system’s role is to defend it against disease – by fighting infection. By system, it includes the white blood cells, antibodies, bone marrow, spleen, thymus, lympathic system, all of which work in unison to seek and destroy harmful and dangerous pathogens like viruses that enter the body. A weakened immune system is a compromised immune system that do not function normally to help prevent infection.

The medical field may not have an iota of faith in the manifold benefits of vitamins, minerals, polyphenols, anthocyanins, antioxidants found in Organique Açaí, a natural and organic food supplement that has helped restore the health of those who were sick and have previously lost hope getting well, but countless testimonials from satisfied users revealed appreciation for Organique Açaí for being the beacon of light at the end of a dark tunnel.

The açaí berry is one of the hidden secrets of the Amazon rainforest. The fruits of the açaí palm have been used for centuries by indigenous tribes of South America, where it is well known for its medicinal properties. When the açaí berry first came out, people all over the United States went crazy over this now touted "superfood." Similar to berries, the fruit's dark color is one big factor that determines their antioxidants within them. The antioxidants are responsible for the dark and purplish color of the berries.

Scientist Rosenbloom has this to say about his study on açaí, “Many scientific studies have looked at the antioxidant content of açaí, and have found them to be a ‘very good source of antioxidants.’” Even Dr. Perricone raves about açaí, citing that its components range from yielding a potent antioxidant effect that effectively counters inflammation and free radical damage to the entire body. “Açaí berries are very rich in antioxidants – which help fight and help get rid of cell-damaging free radicals which have been linked to the growth of cancer, tumors, heart disease." And now against viruses too.

The National Institute on Aging developed the ORAC method and the US Department of Agriculture and Brunswick Labs have been instrumental in perfecting the ORAC assay procedure and testing various foods to determine ORAC levels.

USDA recommended "5-a-day" fruit and vegetable servings will give you an ORAC score of about 1,750 units. The açaí has an impressive ORAC of 5,500 for every 100 grams of fruit. It is higher in ORAC number - thus, the anti-oxidant properties of the substance is stronger. Fresh açaí has an amazing 5,500 ORAC score. More amazing is Organique Açaí which actually has an ORAC value of over 70,000 per 100 grams.

Both Organique Açaí Berry Premium Blend and Freeze-Dried Capsules are made from genuine açaí berries (pulp and skin) harvested fresh straight from the virgin Amazon rainforests in Brazil and is produced exclusively for over ten years now by Organique Inc., an all-Filipino company committed to bringing the gift of natural wellness to Filipinos and help improve their wellbeing. In the Philippines, Organique Açaí is much like the platinum standard for wellness and the panacea for many illnesses. It's 100% certified organic by USDA, Halal certified, non-GMO and does not contain any artificial preservatives, additives and coloring.

Organique Açaí contains powerful antioxidants that have the highest ORAC value (among other fruits, berries and vegetables studied), like flavonoids and anthocyanins and other equally potent nutrients like minerals, vitamins to help strengthen an individual’s immune system to be able to combat the daily stresses of a harsh, toxic environment, viruses and help prevent possible onset of debilitating illnesses. It's also very rich in natural Vitamin C from the Acerola berry, known to help boost the immune system as it combats infection caused by viruses.

Organique Açaí is also a source of plant sterols, essential fatty acids, dietary fiber, minerals and amino acids. Amino acids are used in the repair and renewal of cells particularly weakened by viruses to help the body recover faster.

The essential fatty acids, Omega 3, 6 and 9 contained in Organique Açaí help to slow the effects of ageing and can lower bad fats like cholesterol in the blood. The fruit's dietary fiber helps give a satisfying full feeling, and works on cleansing the build up of waste in the digestive system. No wonder scientists have thus classified the açaí berry as one of the world’s number one "superfood".

Now, imagine Organique Açaí as your powerful crusader against any illness or infection that helps the body regain its strength.

Amid the pandemic, fear and panic are discouraged. We need to be positive and take precautionary measures like proper hand-washing, diligently taking a daily shotglass of superfood Organique Açaí Premium Blend fully loaded with antioxidants, anthocyanins, flavonoids, vitamin C, and minerals that will help in strengthening the entire family’s immunity, and be less vulnerable to the spread of virus.

Organique Açaí is available in all Mercury Drugstores and other leading drugstores and supermarkets nationwide.

Presented by Organique Açaí
Organique Açaí is a global health and wellness brand with a noble mission to help alleviate the health conditions of Filipinos everywhere by providing award-winning products containing the most potent dose of all-natural antioxidants and nutrients found in the Amazonian superfood, açaí berries, enabling everyone to experience and enjoy a healthier quality of life. For more info about Organique, visit www.organique.com.ph or follow its social media accounts on Facebook (@ORGANIQUE), Twitter (@OrganiqueAcai), and Instagram (@organiqueacai).