Gov’t Travel Expo To Proceed This Month: Most Participants Go Online, Some To Experience Panglao ‘Bubble’

In the Philippine Travel Exchange 2020, about 50 sellers of tourism services will have the first look at what is in store for visitors when Bohol’s industry reopens amid the COVID-19 pandemic. Officials admit it is a work in progress. 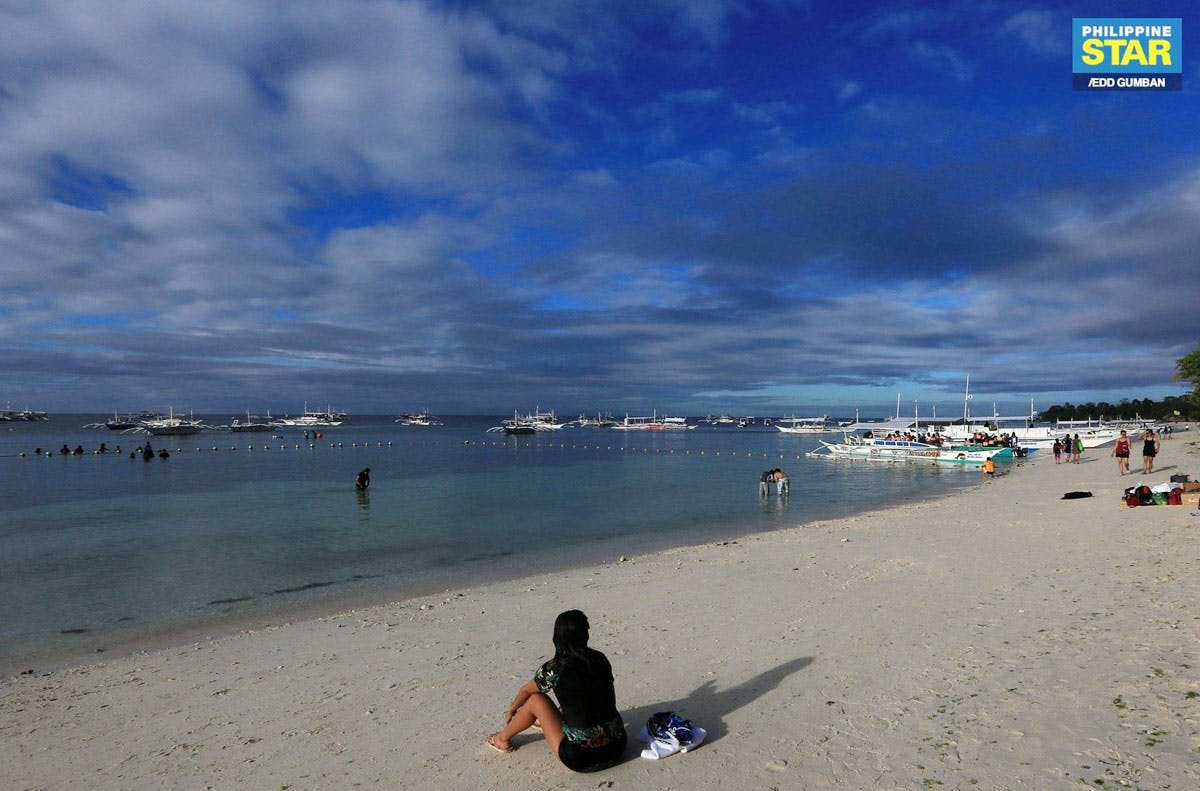 Photo taken by The Philippine STAR’s Edd Gumban April 6, 2019 shows tourists enjoying the beach in one of the resorts in Panglao, Bohol.

In an effort to reopen the tourism industry and save millions of jobs amid the coronavirus disease 2019 (COVID-19) pandemic, the government will push through with this year’s Philippine Travel Exchange or PHITEX – with most participants attending online and some 50 sellers of tourism services going to Panglao Island for a first look at “travel bubbles and corridors.”

In a virtual briefing on Wednesday, Sept. 16, Tourism Promotions Board (TPB) chief operating officer Maria Anthonette Velasco-Allones said the “hybrid platform” was intended to allow the domestic sellers to “sample how it is to travel in the new normal.” The rest of the participants, including all foreigners, will join the online activities.

PHITEX is the government’s largest annual travel trade event. The business appointments for its 19th edition this year will be held virtually from Sept. 22 to 24.

Closing ceremonies and the awarding of top-rated buyers and sellers will be held at The Bellevue Resort in Panglao on Sept. 25. The post-tours for the sellers will also be done from Sept. 25 to 27 – giving them a glimpse of the protocols that the provincial government plans to implement and a chance to comment on them.

Qualified buyers will still be given the post-tours, Allones said. But this will happen only “next year… when travel restrictions have been lifted, or later if the borders have not been reopened.”

There will be four tours to choose from: a countryside tour in the Chocolate Hills and down the Loboc River, a heritage and arts tour, a nature and crafts tour, and a dolphin-watching, island-hopping and diving tour in Balicasag.

TPB originally planned to make PHITEX 2020 fully virtual because of the pandemic. But tours in Bohol province were included in the event to “replicate best practices and help kickstart recovery in the country.”

This comes as the government aims to launch “travel bubbles and corridors” –  buzzwords that mean allowing visitors from select safe areas or countries to come in and make them move point-to-point only to pre-accredited establishments (or boats in the case of the Loboc River cruise) that meet public health standards.

Although Bohol and many other destinations outside the major metropolitan areas have begun allowing local residents to travel, these are still mostly closed to domestic and foreign visitors.

Bohol as an example

Allones said Bohol was chosen to showcase the “new normal” for travelers because tourism officials “witnessed for ourselves how Gov. Arthur Yap and leaders of Bohol successfully managed the pandemic in Panglao.”

According to Yap, Bohol had managed to keep the number of active cases in Panglao low because of Oplan Kalasag ni Dagohoy – the operation in which the province was divided into 16 security zones to be monitored by police officers, coastal spotters and local government unit officials.

Yap explained that this brought down the number of cases in the province to 30 as of Sept. 15, from a peak of 101 when the month began. Most infections were recorded in the islands of Bohol’s northern municipalities, which are close to Cebu where many Bohol residents go daily to work. Panglao Island is in Bohol’s south.

The provincial government also issued some 300,000 family-based contact tracing cards that would be scanned in every establishment. It also set up laboratories for the polymerase chain reaction swab tests so results could be released in as little as 24 hours.

For visitors, Yap noted that at the airport, they would have to download a mobile application or get a card with a QR code. Besides contact tracing, the app would help make reservations, do purchases online, buy meals and souvenirs, and “seamlessly allow tourists to take in the ultimate Bohol experience.”

The tours to be offered to PHITEX’s sellers will be a preview of how these measures can work together. “We’re going to be showcasing what we’re doing… We are going to allow you to use our apps and software to try it, as well as give us your critique,” Yap said. 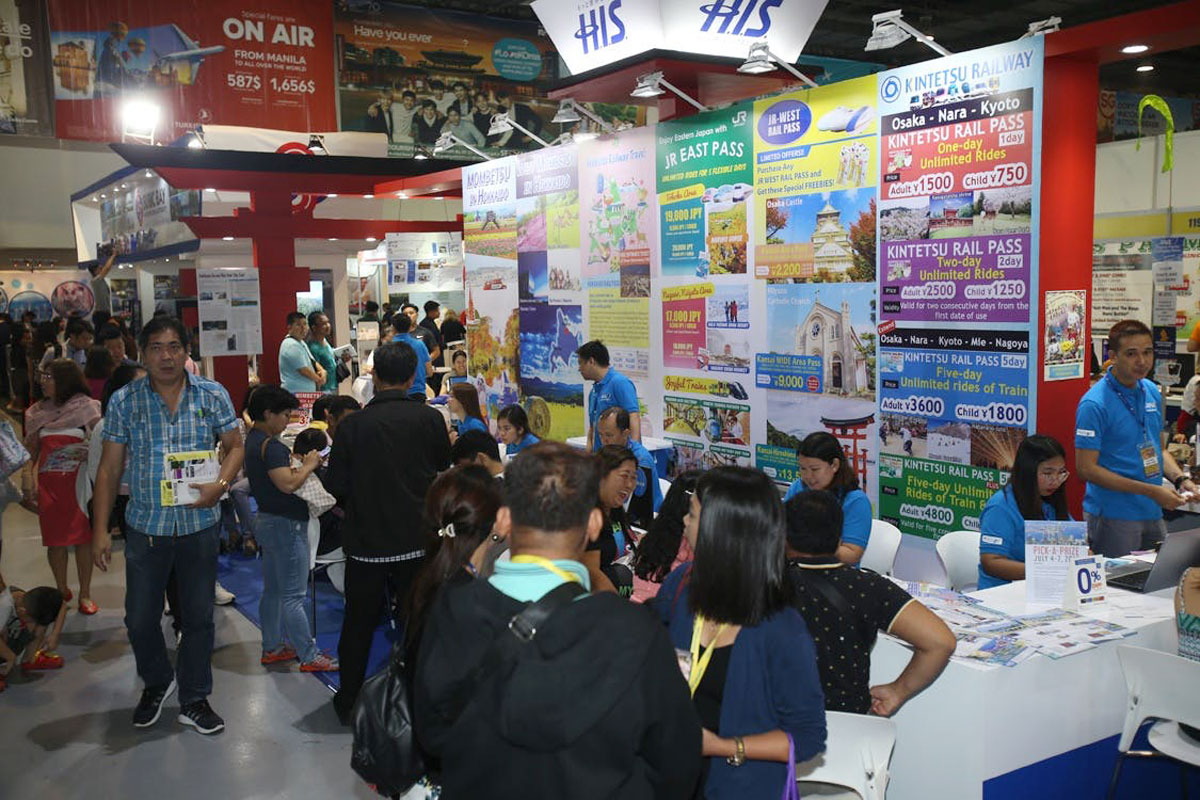 Why hold an expo now?

Both officials explained that the government decided to still hold PHITEX 2020 because of the sharp decrease in tourist arrivals and revenues.

Allones said the shutdown of the tourism industry as part of quarantine measures “will radically impact” the Philippine economy and affect an estimated 4.8 million workers.

“It’s part of the government’s balancing act. Hindi naman pwedeng titigil din kami dahil may pandemic pa (We cannot just stop just because there is still a pandemic),” she argued.

Yap stressed the need to “move together” and said his province already lost P10 billion to P12 billion during the pandemic. “What is certain is we cannot meander alone and think we can just survive this crisis by doing nothing,” he said.

Noting that the government is still figuring out how to stop the economy from further crashing as COVID-19 continues to spread, Yap said: “We will make mistakes... we have to accept there will be infections, there will be cases, but we have to live with the virus.”

“Nobody really has all the answers, we have to accept that. What is certain in all of this uncertainty is that the Philippine economy is going to lose more than P2.2 to 2.5 trillion,” he said.

These moves, however, do not mean that the government will hastily reopen the tourism industry to visitors. Allones said only pre-selling of services would take place in the PHITEX and any gains would be “all realized by next year in terms of actual business deals.”

She emphasized that the government would pay attention to specific details and concerns when Yap formally opens the province to visitors. One of these issues is the continued closure of the Bohol-Panglao International Airport to all but the “sweeper flights” that carry stranded passengers home.

Yap said the provincial government did not yet have arrival projections or revenue targets. Panglao had a capacity of 3,000 passengers daily before COVID-19 struck.

“At this point in time, the most important fundamental target would not be the number of people or revenues. Ensuring the safety first of arriving visitors and local residents is the primary target,” Yap said.

Participation in the PHITEX will give some idea of the downtrend faced by the industry. This year, there were 124 registered buyers and 161 seller companies – the first time since 2014 that sellers outnumbered the buyers.

On the other hand, this year’s event will be attended by 350 delegates, around a hundred more than the usual number for the last six years.

A difference that surprised Allones was that 62 percent of the countries where buyers come from “are actually opportunity markets, hindi siya ’yung (they are not the) traditional markets.” She cited the Eastern European countries of Bulgaria, Czech Republic and Slovenia as examples.

Neighboring Indonesia led the pack with 13 buyers. Nine each would come from the United States, China and the usual top market of South Korea.

Allones said PHITEX generated an average of P700 million to 750 million in sales yearly. Before the pandemic struck, TPB set a target of P3 billion this year – but apparently there now seems to be a slim chance of this being achieved.

“We are trying to be realistic and open to the possibilities given the reality of this pandemic. We are confident ’yung products ng sellers (the sellers’ products)... will be good enough to generate the sales we expect to get from the buyer-to-buyer meetings,” she declared.