From Angel To MVP: How People Are Helping Mindanao Quake Victims

In the aftermath of the successive earthquakes that rocked Mindanao last week, government agencies, non-government organizations, private companies and even celebrities are lending a hand to provide basic needs to affected communities. 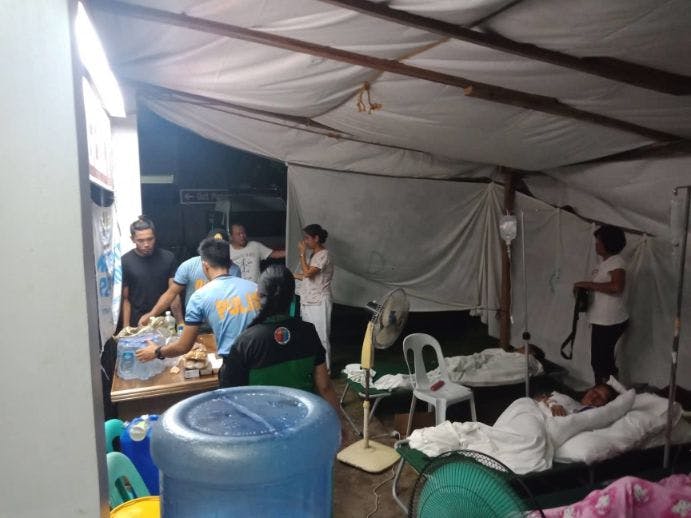 Fourteen earthquake-stricken residents of Sitio Kapatagan, Barangay Luayon in Makilala, North Cotabato were rescued on Nov. 3, 2019 by personnel of the Philippine Air Force and the North Cotabato provincial government led by acting Gov. Shirlyn Macasarte-Villanueva. The residents were trapped in their village after the only route to the town proper was blocked with soil and boulders that cascaded from mountains as a result of Thursday’s strong earthquake. Photo courtesy of Philippine Information Agency – North Cotabato via John Unson, The Philippine STAR

An outpouring of relief and assistance has swept Central Mindanao in the aftermath of the series of earthquakes that rocked the region starting last month.

A magnitude 6.3 earthquake first struck Tulunan, North Cotabato on Oct. 16, followed by a magnitude 6.6 earthquake also in the same town on Oct. 29. Two days later, on Oct. 31, a magnitude 6.5 temblor rocked the region again, exacerbating the damage caused by the earlier quakes.

According to the National Disaster Risk Reduction and Management Council (NDRRMC), the death toll from the series of temblors has already risen to more than 20 while hundreds of individuals have been reported injured.

The Department of Social Welfare and Development (DSWD) also said the earthquakes have affected thousands of families or 231,250 individuals in 18 municipalities in Davao region and Soccsksargen.

The DSWD was among the first responders in the aftermath of the earthquake. The agency’s field offices in the affected regions quickly mobilized their personnel to provide assistance to affected families. 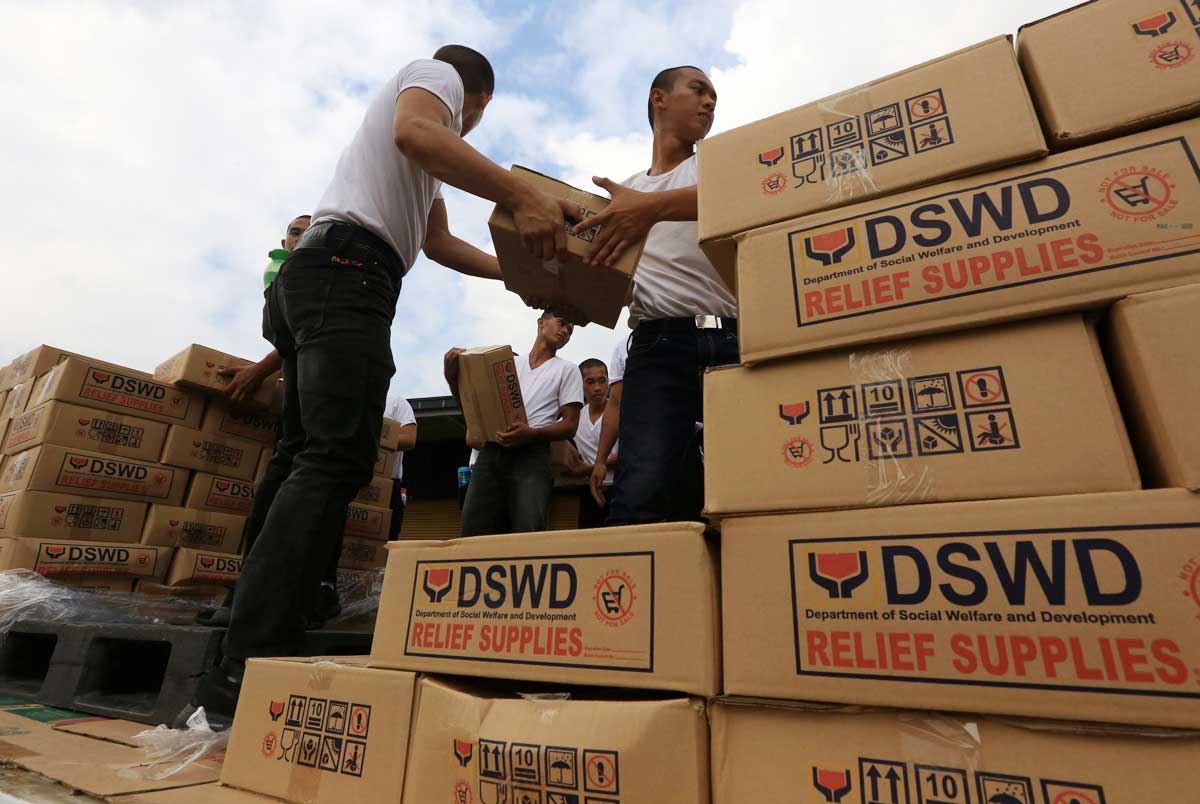 Celebrities helping in the field

Aside from the DSWD, non-government organizations have also mobilized people to provide assistance to affected individuals and families.

The Philippine Red Cross (PRC) has deployed more than 400 volunteers in Regions 11 and 12 in the aftermath of the earthquake, providing meals to over 7,000 residents at evacuation centers in Makilala, North Cotabato along with basic necessities such as water, toiletries, blankets, beddings and tents.

The PRC is appealing to the public for donations as more families are in need of food, potable water, shelter, clothing and other basic necessities.

Spotted among the PRC volunteers in Makilala was actress Angel Locsin, who arrived in Davao on Nov. 2 with her fiancé Neil Arce and bought canned goods at the NCCC Mall. She then hopped on a PRC dump truck to personally deliver the relief goods to Makilala where she visited affected families and checked on their status. 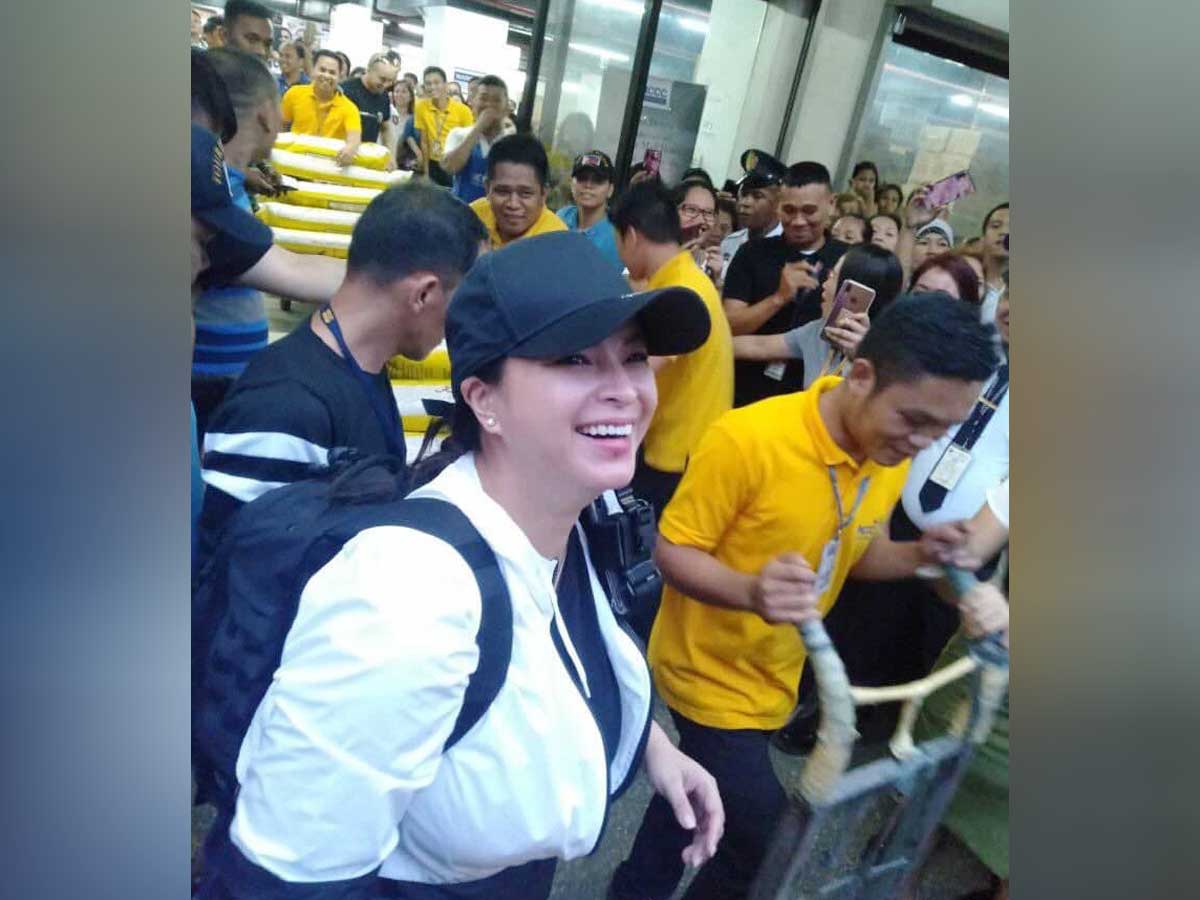 Locsin has often been called a “real-life angel” because of her volunteerism during times of calamities. Previously, she was spotted providing relief aid to affected families in the aftermath of Super Typhoon Yolanda in 2013. In 2017, she visited evacuees in temporary shelters outside Marawi City, where thousands of residents were displaced by fighting between government forces and Maute terrorists that occupied the city. 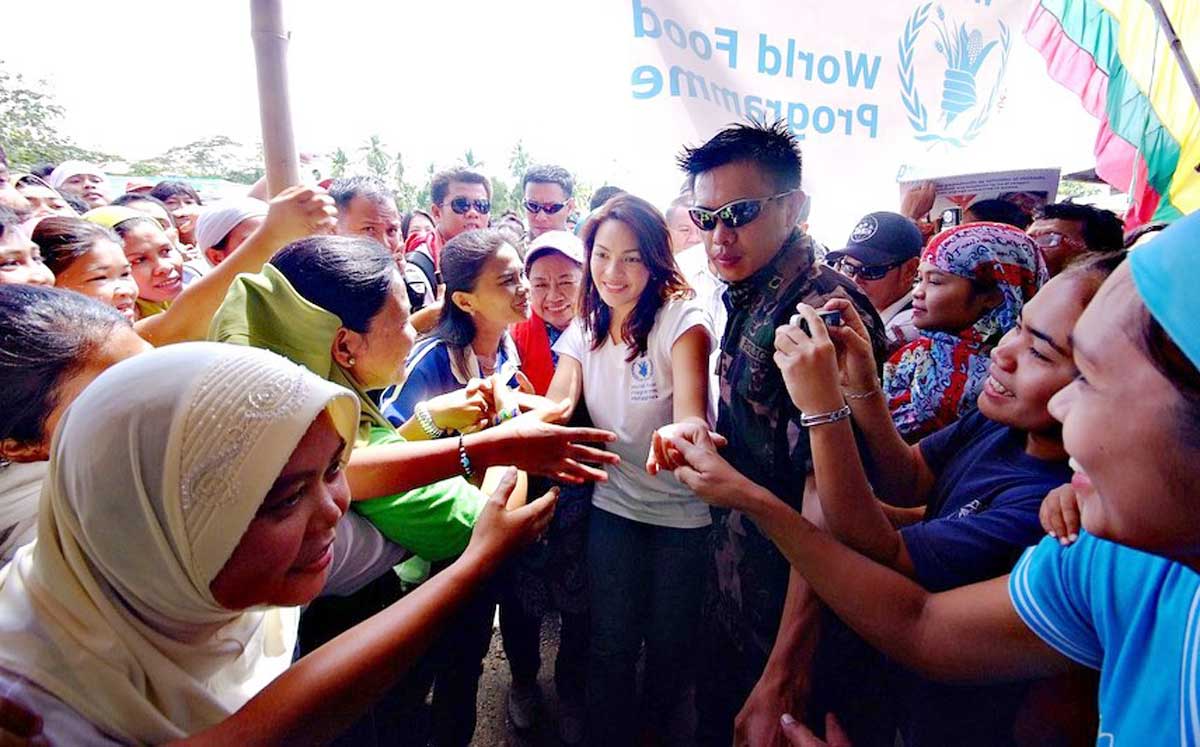 Also in Mindanao in the aftermath of the earthquakes was actress and singer KC Concepcion. The daughter of actors Sharon Cuneta and Gabby Concepcion visited Tupi, South Cotabato on Nov. 3 as part of her duties as United Nations’ World Food Program (WFP) national ambassador against hunger.

Along with WFP officials, Concepcion visited affected families, distributed relief goods and stopped by a local school to see the state of the children there. Concepcion has been WFP’s national ambassador for a decade now.

Since she was selected as ambassador in 2008, the actress has joined the WFP in food feeding and relief activities in conflict areas in Mindanao as well as in the aftermath of natural calamities such as Tropical Storm Sendong in 2011, Typhoon Pablo in 2012 and Super Typhoon Yolanda in 2013. Last year, she also participated in WFP feeding activities in Marawi City. 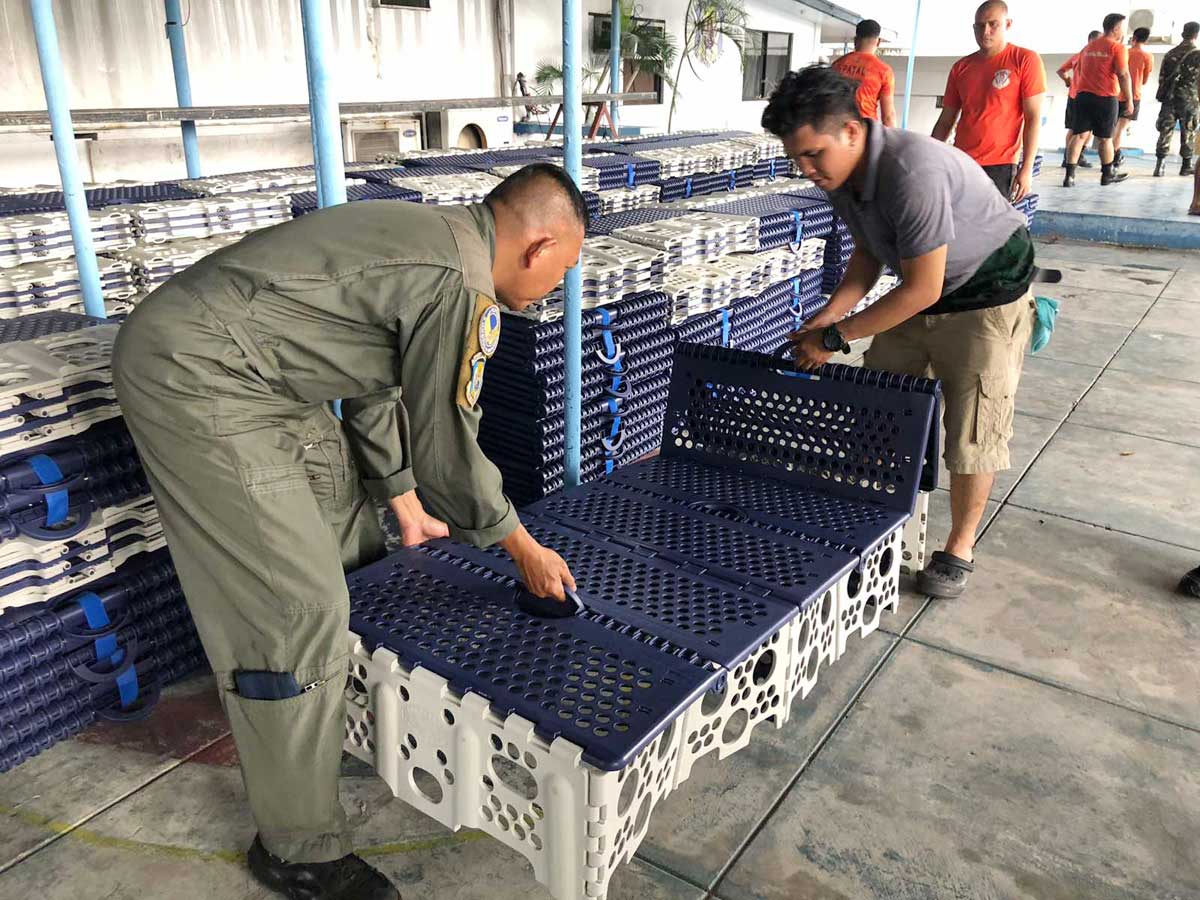 Aside from government agencies and non-government organizations, the private sector has also provided its resources to assist quake-affected areas.

In a report released Tuesday, the Philippine Disaster Resilience Foundation (PRDF), the largest network of private sector organizations that deals with disaster response and mitigation, said 17 of its member-companies have provided aid to communities in Regions 11 and 12 affected by the earthquakes.

“The private sector has a role to play in preparing for and responding to calamities. The Philippines, through PDRF, has led the way in what has now become a global movement to use the core expertise and resources of companies to help alleviate the suffering of affected communities,” said PDRF co-chair and PLDT-Smart Communications chairman Manuel V. Pangilinan.

PDRF co-chair and Ayala Corp. chairman and chief executive officer Jaime Augusto Zobel de Ayala, for his part, assured the public that “the private sector is committed to helping people affected by the Mindanao earthquake.”

“Through PDRF, we are extending assistance and mobilizing resources for relief and recovery,” Ayala said.

Each cluster has deployed a team to the affected areas to conduct needs assessment and coordinate the response efforts of the private sector. It continues to gather support to address the following critical needs: drinking water, tarps and bedding, latrine and hygiene kits, medicine, food packs, and logistics assistance.

Through the support of donors, World Vision said in a statement that it was able to initially assist 1,000 families or about 5,000 individuals.

How you can help

Like Locsin and Concepcion, you too can help in providing aid and basic necessities to families affected by Mindanao Earthquakes. Below are some of the agencies through which donations in cash or kind can be coursed: 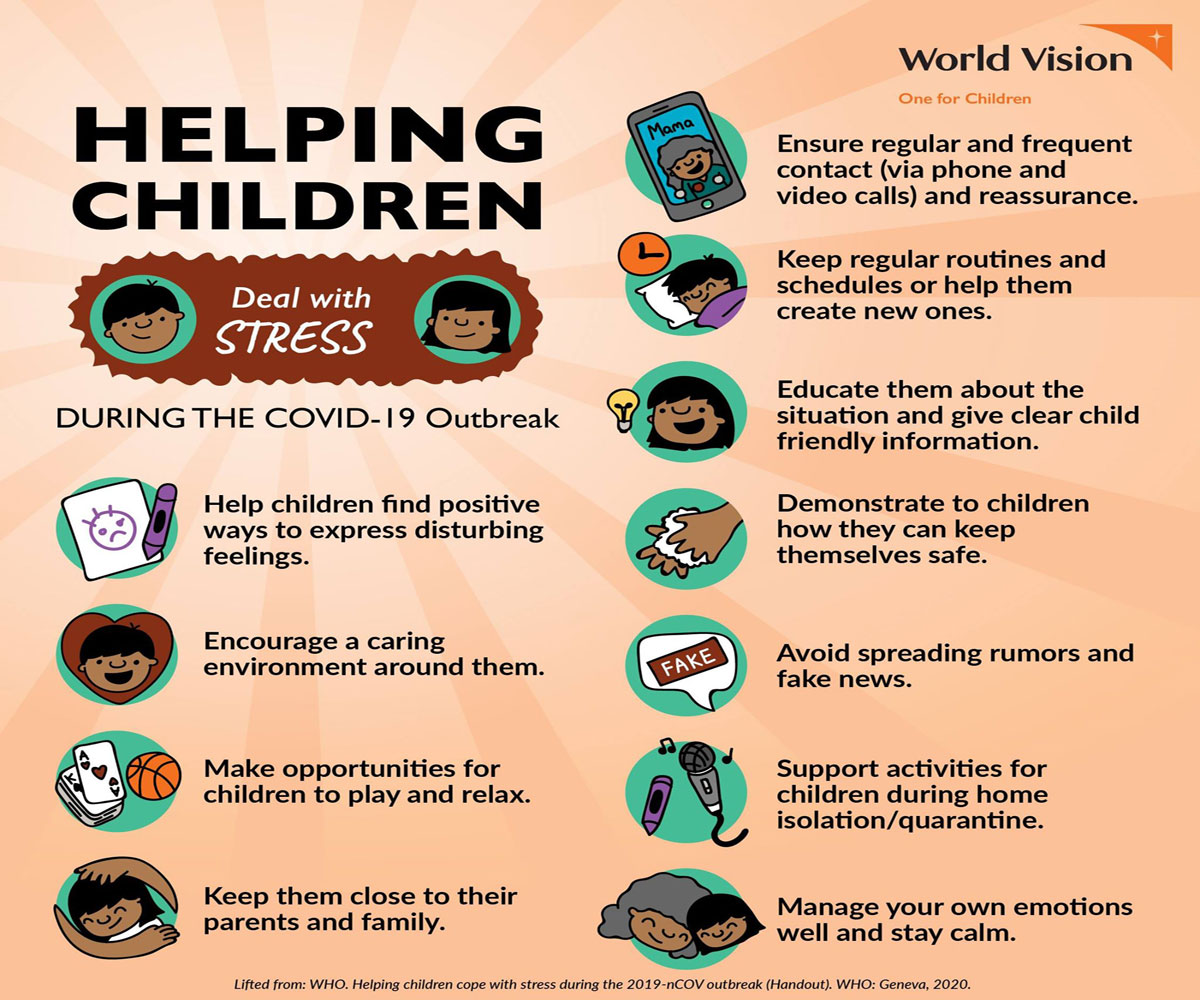