The designer to the stars like Pia Wurtzbach, Kris Aquino and many others may be under quarantine like the rest of the people in Luzon amid the coronavirus crisis, but his creativity and humanity can’t be locked up just like that. 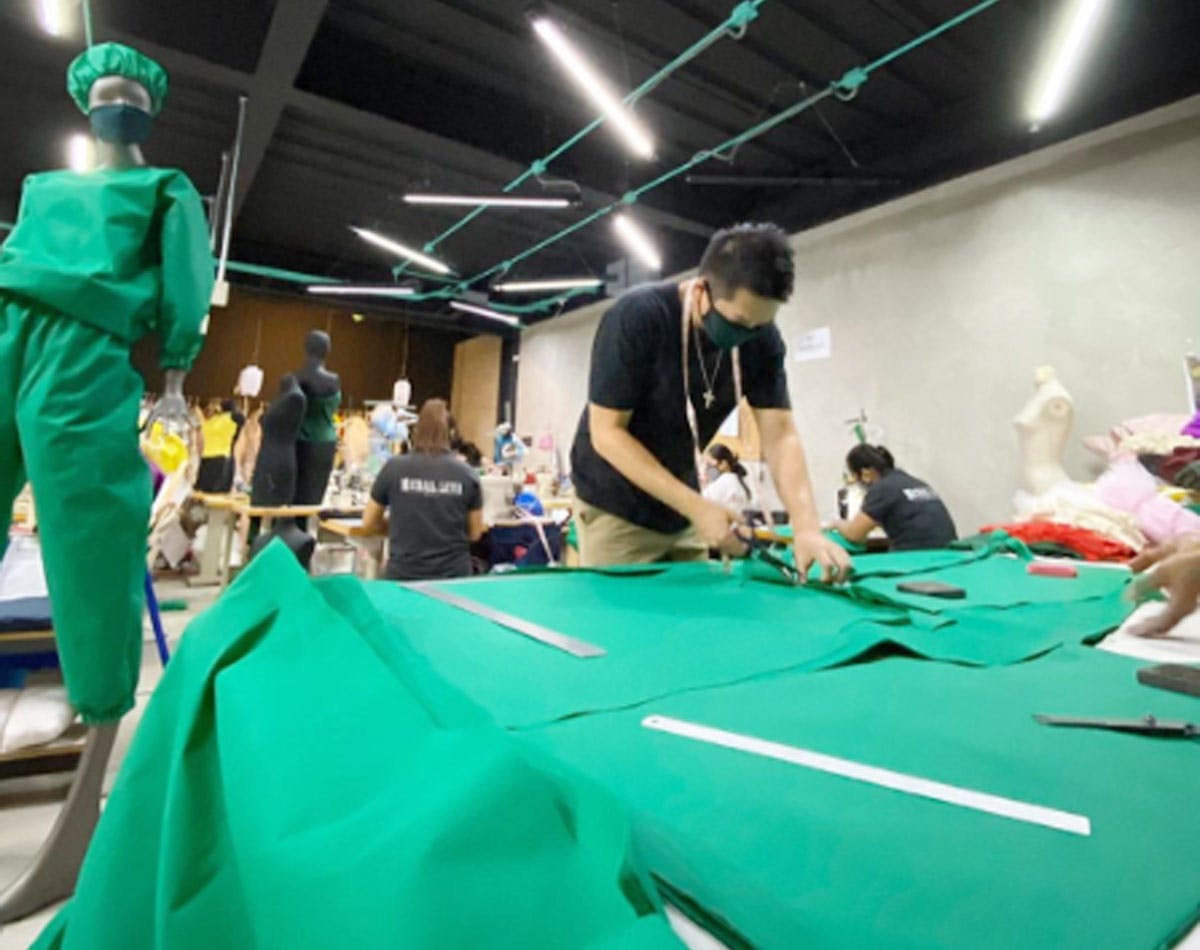 Michael Leyva at work. Photo from Leyva’s Instagram account that he captioned: ‘We are one with this… MABUHAY po kayo at Salamat sa dedikasyon at pagmamahal sa ating bayan,’ referring to the health workers and frontliners. ‘Stay home, stay safe and we will get through this together… God will be with us…#SinulidContraCovid#teammichaelleyva #michaelleyva’

From creating couture for the country’s top celebrities, fashion designer Michael Leyva has found a new purpose for his studio in this time of coronavirus disease 2019 (COVID-19) as a response to the country’s shortage of badly needed medical protective gear.

The World Health Organization (WHO) has been warning against the mounting disruption in the global supply of personal protective equipment (PPE) due to “rising demand, panic buying, hoarding and misuse,” putting the lives of doctors, nurses and other frontliners at risk.

As of 4 p.m. on Wednesday, March 25, the Department of Health (DOH) had recorded 84 new confirmed COVID-19 cases or a total of 636. The medical community has lost several doctors to the disease.

Amid the enhanced community quarantine in Luzon, hospitals and health workers have taken to social media to call for help. Highlighting the scarcity, they have taken to improvising and using plastic trash bags or recyclable plastic containers to protect themselves from being infected or infecting their patients.

Leyva and his team have responded to the call by creating PPEs – at least 500 hazmat suits, head covers and 5,000 washable face masks have been finished so far. He is targeting to finish at least 3,000 hazmat suits in the next few days.

He said the PPE sets were designed according to DOH requirements.

“I checked some of the guidelines from the DOH – kung ano ’yung kailangan, from the zipper to where the opening and the hood should be (placed) as well as the comfort of the user – we had to consider all of that,” Leyva told The Philippine STAR in a phone interview on Wednesday. 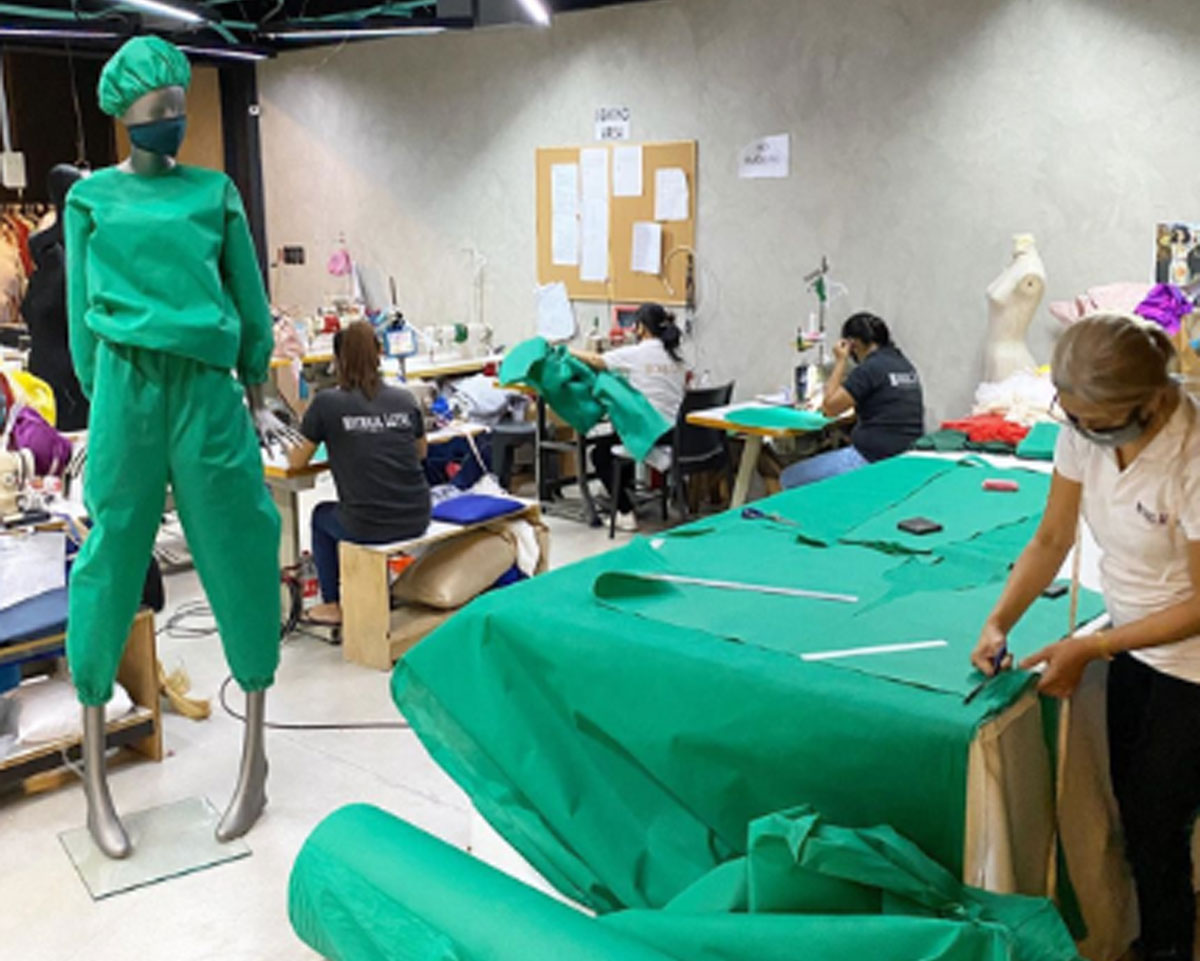 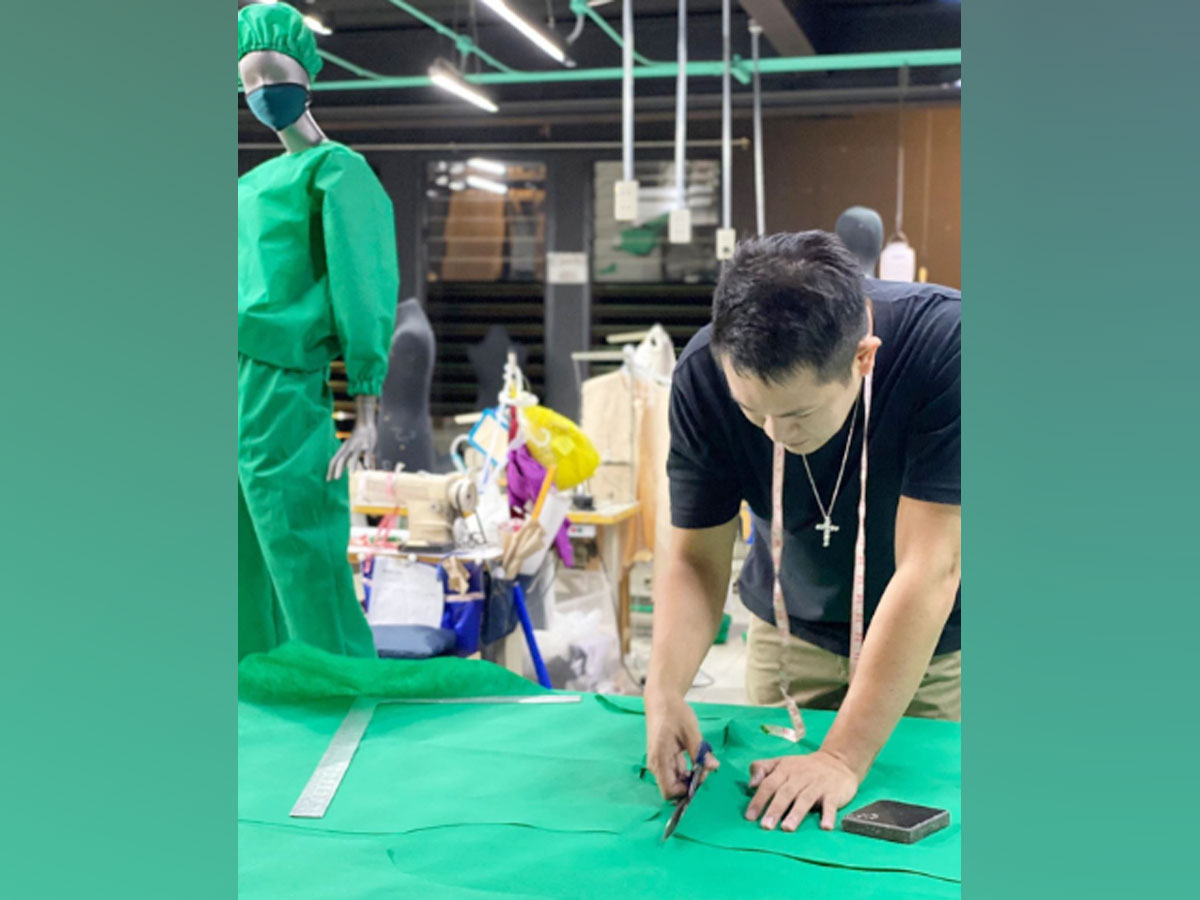 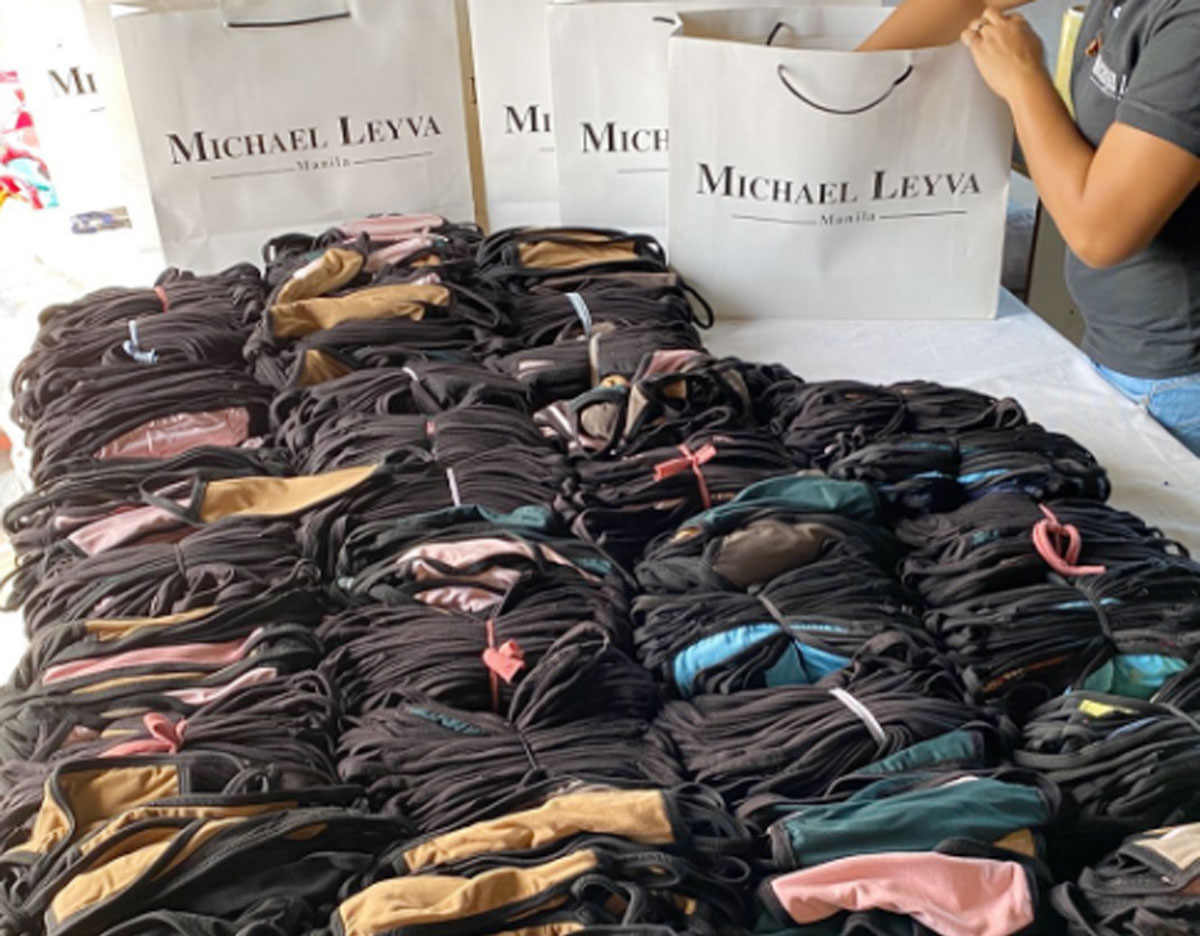 He also sought information from various organizations and other groups regarding the “proper way of creating the PPE so that, at least, whatever we make and provide are of good quality.”

The hazmat suit, for one, is made of non-woven, washable, waterproof fabric, which is the same material used for eco-bags.

Since Tuesday, Leyva has been distributing the PPE sets to at least eight hospitals, including facilities near his residence and studio in Antipolo City.

Among the recipients of the PPE are the country’s designated COVID-19 referral centers such as the University of the Philippines-General Hospital (UP-PGH) and the Lung Center of the Philippines, which on Monday sounded the alarm on its shortage of PPE supplies.

Instead of his name, the “laboratory or lab gowns” will carry Bible verses that he hopes will bring inspiration to the frontliners.

Leyva also stressed that the PPE sets they are making are not for sale: “A lot of people are asking for the price like, for example, (actress) Angel Locsin because she wants to donate also to LGUs (local government units). Kaso ’di talaga siya for sale, it’s meant to be donated to the frontliners.”

On Thursday, March 26, Leyva and Locsin teamed up to distribute PPE sets that he and his team made.

He hopes more members of the fashion industry can help equip the country’s health workers in the war against the coronavirus pandemic.

“I think as designers, since we have a production already, that’s the best way to help our frontliners. I keep on telling myself na maswerte tayo kasi nasa bahay lang tayo ngayon, naiinip tayo, nahihirapan tayo, but how about these people? How are they feeling right now that they are fighting this kind of battle? It’s hard. In our own little way, I think, it could bring them smiles and assurance that we’re here and we’re willing to help you, para sa bayan,” Leyva said.

Leyva admitted that his own business, with over 40 employees, is also affected by the COVID-19 situation “because we stopped operations.”

“But what I did was to open the operations again for some 15 members of my staff – since not all can report for work because of the quarantine – so that they can also earn income from making these PPE and at the same time help in these times. I hope what we’re doing will make a difference in the work of our frontliners,” he said. 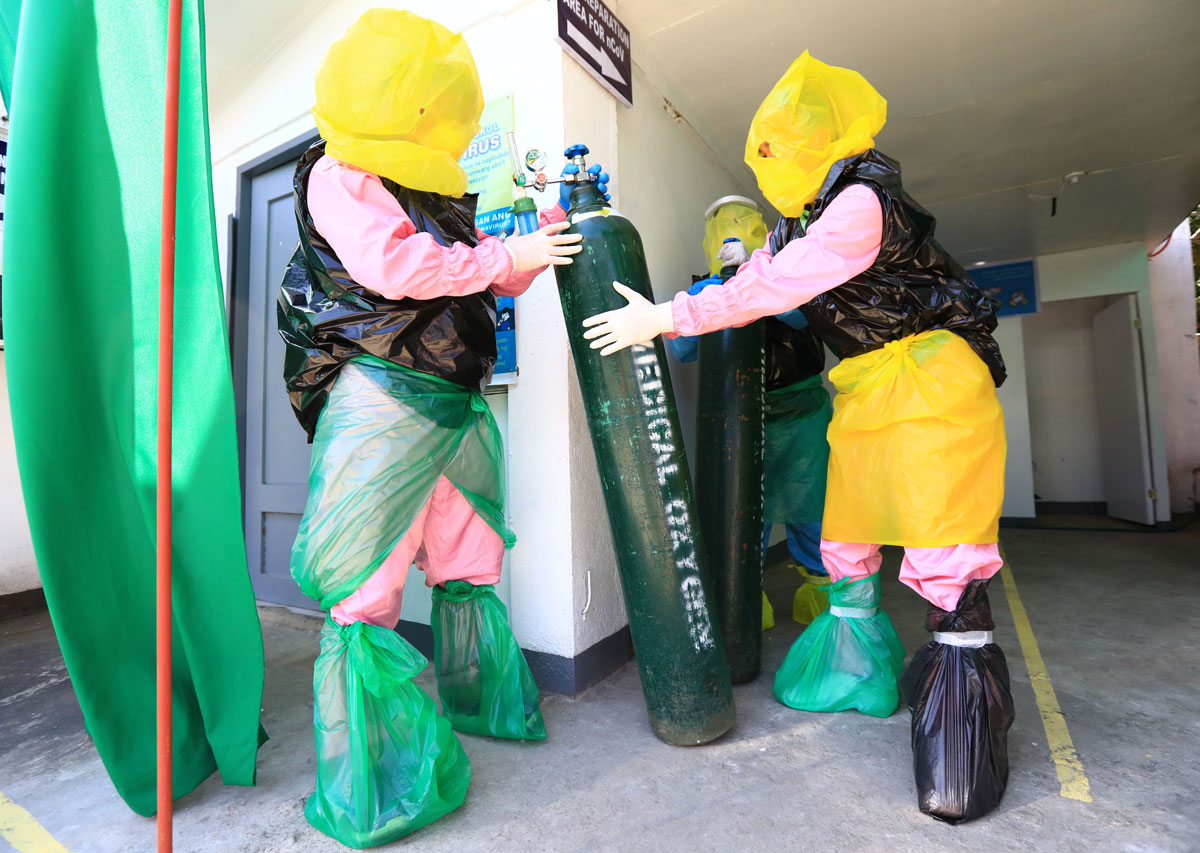 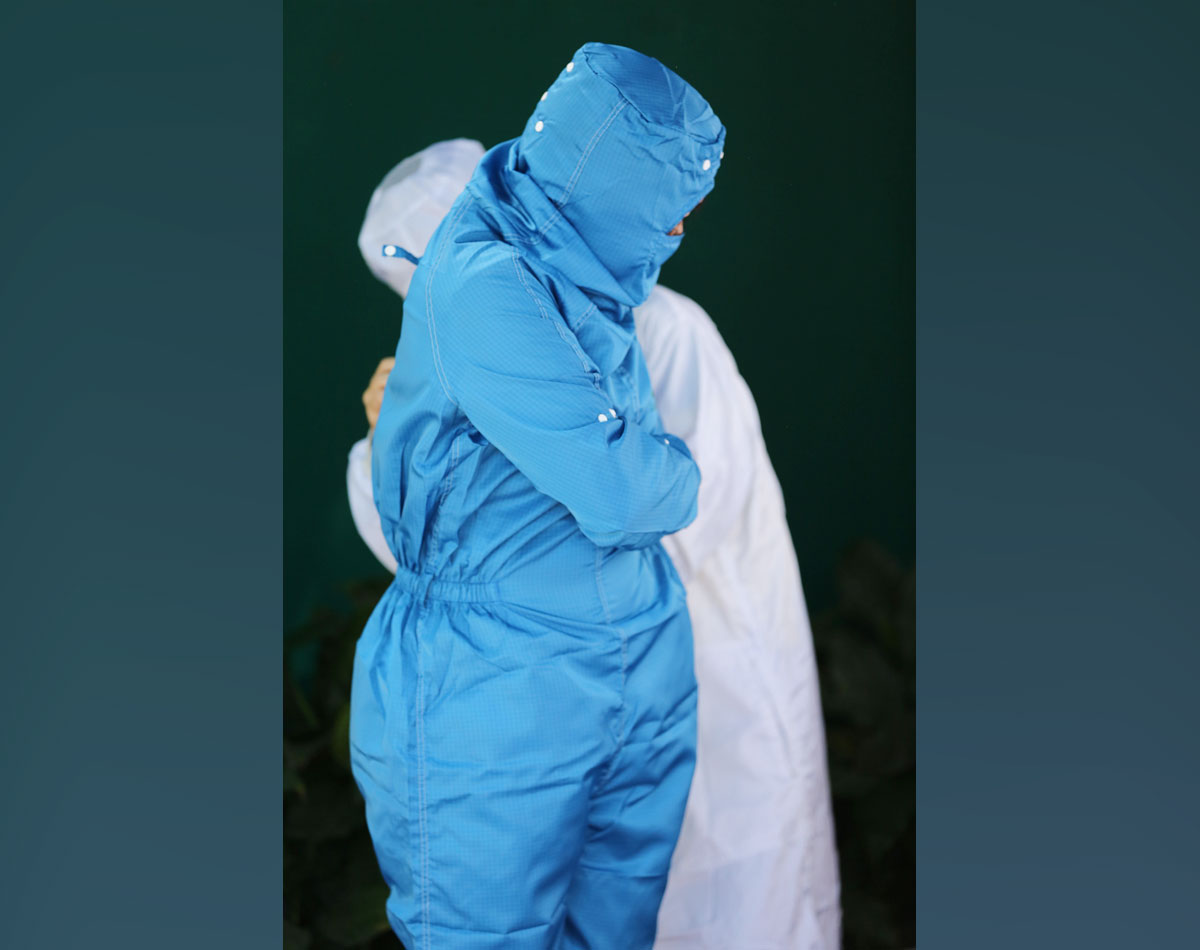