With the new variant of the coronavirus likely to have arrived in the Philippines, experts see the need to reduce mobility to prevent a full lockdown due to high number of COVID-19 cases in the country. 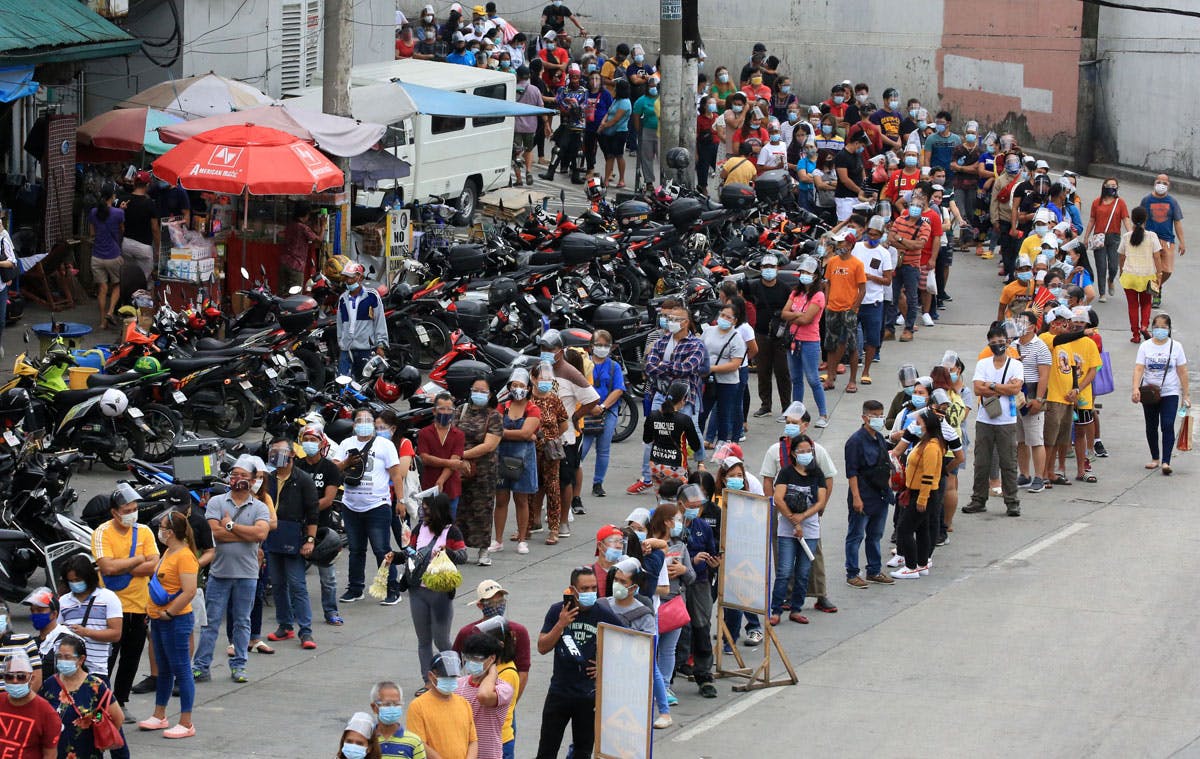 Catholic devotees queue outside the Minor Basilica of the Black Nazarene in Quiapo, Manila on Sunday, Jan. 3, 2020 to attend the fourth “Misa Novenario.” Masses are held for nine days from Dec. 31, 2020 to Jan. 8, 2021 at Quiapo Church in preparation for the feast of the Black Nazarene on Jan. 9, 2021. The number of people who can enter places of worship have been limited to prevent the spread of the coronavirus disease 2019. Photo by Edd Gumban, The Philippine STAR

The Filipina who tested positive for the United Kingdom (UK) strain of the coronavirus in Hongkong took a vacation in her hometown in Cagayan Valley in December, according to the Department of Health (DOH).

"Contact tracing efforts are underway. The flight manifest has been obtained and the tracing of passengers is being conducted while await the updates on contract tracing efforts done in Hong Kong," the DOH said in a statement released Wednesday night, Jan. 6.

The DOH further reported that the epidemiology and surveillance unit in Cagayan Valley is doing the contact tracing.

"They have been instructed to ensure strict quarantine of identified close contacts and samples collected from said contacts to be sent for confirmatory testing," the DOH said.

If the samples collected will test positive, the DOH added genome sequencing will be done to determine the virus strain.

Based on data provided by Hong Kong authorities, the 30-year–old Filipina left Cagayan Valley on Dec. 17. Upon arrival in Metro Manila on Dec. 18, she underwent quarantine as per workplace protocol and took a reverse transcription polymerase chain reaction (RT-PCR) swab test for COVID-19 on Dec. 19, which yielded a negative result.

The Filipina flew to Hong Kong from Manila on board Philippine Airlines (PAL) flight PR300 on Dec. 22. PAL said she presented a negative COVID-19 test result.

On Jan. 2, she underwent another swab test in Hong Kong where the UK variant was found.

"She remains in isolation and in stable condition," the DOH reported.

With the new variant of coronavirus likely to have now arrived in the country, experts see the need to reduce mobility to prevent the country from going back to full lockdown.

"The government has to be ready that when we see the spike, we are going to roll back mobility really quickly,"  OCTA Research fellow Fr. Nicanor Austriaco said in an interview with "The Chiefs" on One News / TV 5.

While the DOH declared that the country remains free from the new strain, Astriaco said it is possible that the new variant has already entered the country.

"It is likely that the variant is now in the Philippines, but  it is also likely that it is very rare. That's  why sampling  from Philippine  Genome Center had not yet picked up," he explained.

If the virus is able to establish itself, Astriaco said it will continue to spread and overtake the prime variant that is now spreading in the country.

"If we are not very careful it will establish itself and it would begin  to feed and exponentially rise and if so we will see that in the next few weeks," he added.

It would take weeks for the new strain to take hold and then infect more people. "It’s about 50 percent more transmissible in the long run," noted. 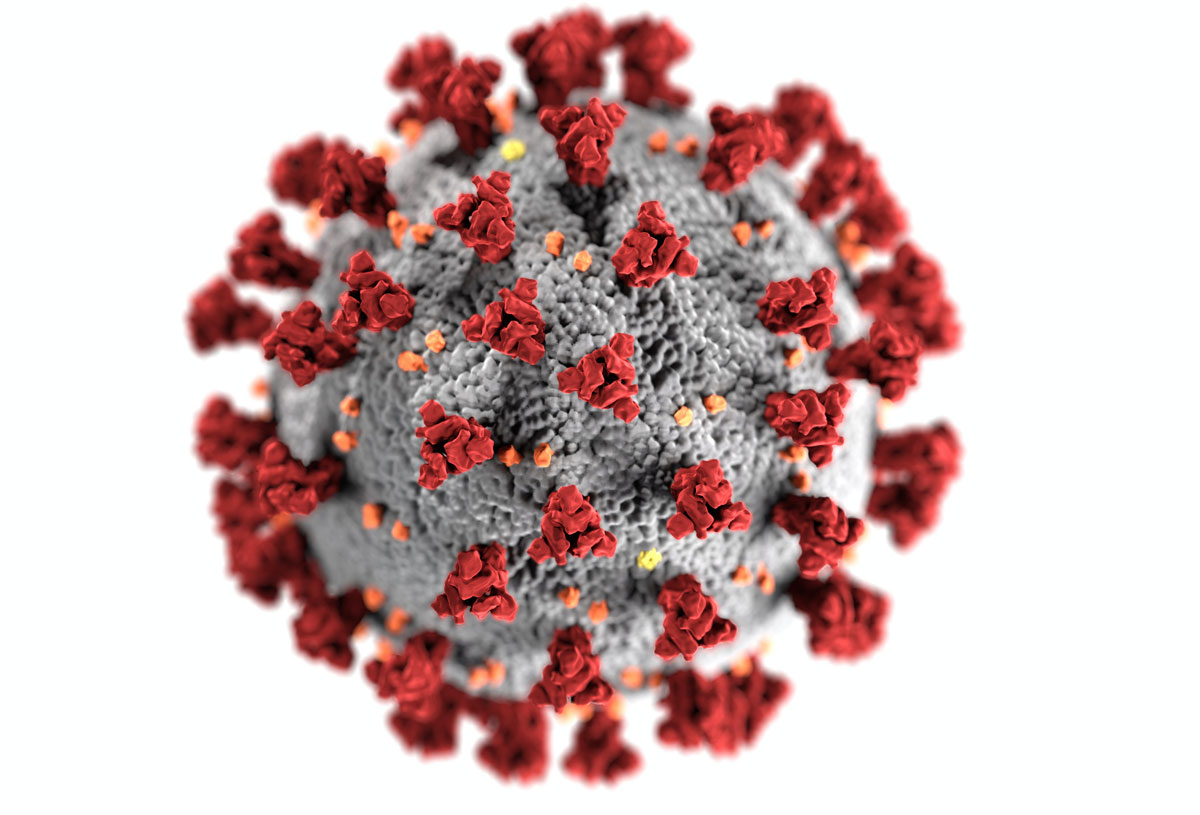 He pointed out that UK had to enforce a full lockdown as it recorded a high of 60,000 new COVID-19 cases in a day.

"We have never gone over 4,000 cases a day, the 4,000 we entered in MECQ (modified enhanced community quarantine) in August. We cannot imagine 6,000 a day, I mean hospitals will be destroyed by that number," he noted.

Austriaco said the infection continues spread among children in UK even while in lockdown because the schools have remained open.

To prevent the possible spread of the new strain, Astriaco said the government should focus and consider closing down if necessary areas considered as "super spreaders."

Though the new strain is not deadlier, Astriaco said it could still trigger rise in mortalities because of the huge number of infected individuals.

"What  we’re seeing in UK now, they are having more deaths not because it is more lethal but because the numbers are so great," he pointed out.

He said the new virus may not escape the vaccine, but it could lessen its efficacy by about 10 percent.

"It would still be able to protect but the efficacy will drop. A lot of scientists are expecting this to happen," Astriaco disclosed.

But vaccines from China, he said, is touted to be resistant to variants.

Many people are hesitant to get the COVID-19 vaccine because its new, though he said Filipinos would benefit from the experience of those in first world countries  who were first to be immunized.

Parents need not worry because COVID-19 vaccines will not be given to children.

Austriaco said they are mounting a campaign to educate the public about the vaccine.

Meanwhile, the Philippine government has yet to include China in the list of countries and territories that are subject to travel restrictions, pending the formal report coming from the World Health Organization verifying the cases of the new variant there.

“If it’s not yet reported or confirmed by the international agencies.  We only learned about (the cases) from media reports. So we need to wait for confirmation;  and once there is confirmation, they will be included in the list,” presidential spokesman Harry Roque  said.

Last Wednesday, Portugal, India, Finland, Norway, Jordan, and Brazil have been included in the Philippines’ list of countries and jurisdictions subject to travel restrictions effective Friday, Jan. 8 until Jan. 15 due to the presence of new COVID-19 variant in their areas.

Officials said the move is part of efforts to prevent, if not delay, the entry of the new strain of COVID-19 in the country.

There are now 27 countries and territories that are subjected to travel restrictions by the Philippine government.

As this developed, Roque remained optimistic that there won’t be a surge in the COVID-19 cases after the holidays.

Roque noted that there is a decline in the number of cases, which also reached a plateau around Dec. 24. – With Christina Mendez