According to economist and Pamantasan ng Lungsod ng Maynila president Emmanuel Leyco, the imposition of stricter quarantine measures back in March and April was also the time when fresh college graduates joined the labor force. 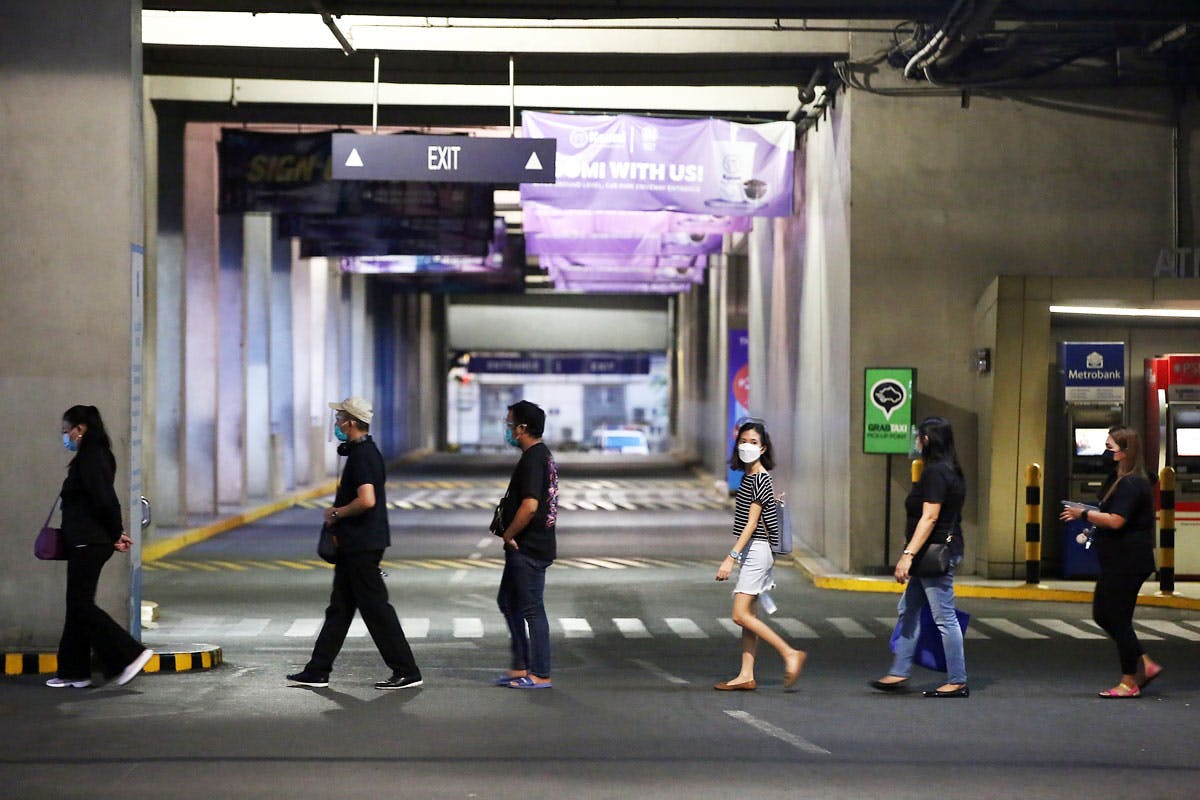 Individuals belonging to A4 priority group wait in line as early as 5 a.m. on June 8, 2021 for their vaccination against COVID-19 at SM City Manila. Photo by Miguel de Guzman, The Philippine STAR

An economist said on Wednesday, June 9, that the recorded uptick in the unemployment rate was “expected” since during the enhanced community quarantine (ECQ) period, most fresh graduates were looking for jobs while businesses were closed.

“I think that could have been expected. When you [place on] lockdown a production area, you can expect the productivity, the output will go down,” economist and Pamantasan ng Lungsod ng Maynila (PLM) president Emmanuel Leyco said on “BusinessWorld Live” on One News.

Leyco pointed out that during the ECQ period over the National Capital Region (NCR) Plus – or Metro Manila, Cavite, Laguna, Bulacan and Rizal – back in March and April was also the time that fresh graduates were joining the labor force.

Unfortunately, Leyco said many of the jobs “were not available at that time.”

“So, unemployment was expected to go up not only because of the lockdown but also because there are more people now, more workers looking for jobs.”

Leyco made the pronouncements as the Philippine Statistics Authority (PSA), in its Labor Force Survey released Tuesday, June 8, reported that the unemployment rate for April 2021 was at 8.7%, translating to about 4.14 million jobless individuals.

The number of unemployed people, the PSA said, was higher than the recorded 3.44 million individuals in March 2021.

Also reported by the PSA was the unemployment rate, defined by the agency as “employed persons who expressed desire to have additional hours of work in their present job or to have an additional job, or to have a new job with longer hours of work” was recorded at 17.2 percent or 7.45 million people in April 2021.

To recall, the NCR Plus was placed on ECQ from March 29 to April 11 due to the surge in COVID-19 cases in Metro Manila, which is considered to be the Philippines’ political and economic hub.

The Department of Labor and Employment (DOLE), in a statement on Tuesday, June 8, said it had anticipated that the improvements in employment back in March would not be sustained due to the lockdown restrictions.

The DOLE said it is one with the economic managers in safely reopening businesses, “so mobility of workers is also facilitated in a less restrictive community quarantine levels.”

“This is the only way to sustain our employment recovery and economic recovery efforts,” DOLE noted.

“The current labor market condition may be improved by the timely rollout of vaccines for A4 categories of priority groups – the workers. We call upon all Filipino workers to get themselves inoculated with COVID-19 vaccines,” the DOLE said.

Read more: Sinopharm Jab Approved For Emergency Use; Duterte Sees Light At End Of Tunnel As A4 Vaccination Starts

Leyco, meanwhile, said while the upward trend in COVID-19 cases in Davao City is concerning, the imposition of the modified enhanced community quarantine (MECQ) in the area won’t have much impact on the country’s labor market.

Davao City is under MECQ from June 5 to June 20 after the government approved Mayor Sara Duterte-Carpio’s request to place the area under stricter lockdown.

“While it is disturbing that cases in Davao are going up, we have to address that, but in terms of the economic activities, the lockdown there will not have as much impact as it would if the lockdown happened here in the National Capital Region,” Leyco said.

Leyco pointed out that although most business process outsourcing (BPO) firms in the city are closed, BPO concentration is in Metro Manila.

Asked if he thinks that the country’s vaccination drive is satisfactory, Leyco answered: “Definitely not, it’s very low.”

“And my concern is when the supplies come in, I hope our [local government units or LGUs] are already up to par when it comes to the rollout,” he said.

On Wednesday, June 9, vaccine czar and National Task Force (NTF) Against COVID-19 chief implementer Carlito Galvez Jr. said that the supply in COVID-19 vaccines is expected to normalize by June 14 with the expected arrival of 3.2 million vaccines on Thursday, June 10.

Despite Galvez’s assurance, Leyco expressed concern that the supply of vaccines would not be commensurate to the “demand that is already out there.”

He said this might even “create more frustration” as more people are expected to be vaccinated.

“So while we make these pronouncements that the vaccines are coming and (LGUs) are opening up to more people who may qualify for the vaccines, let’s just ensure that the supply is sufficient and the rollout mechanism will be effective,” he noted.

The economist also suggested that the private sector be allowed to contribute more to the vaccination efforts.

“Given, the pandemic, given the scale that we need to do right now, I think all hands should be on deck, including that of the private sector,” Leyco said.