DSWD Fails To Use P83 Billion In Funds; MSMEs Might Not Be Able To Get Loans

Amid the COVID-19 pandemic, several devastating typhoons and other calamities that hit the country, government agencies’ failure to utilize the funds to help the people affected is almost criminal, Senate Minority Leader Franklin Drilon said. 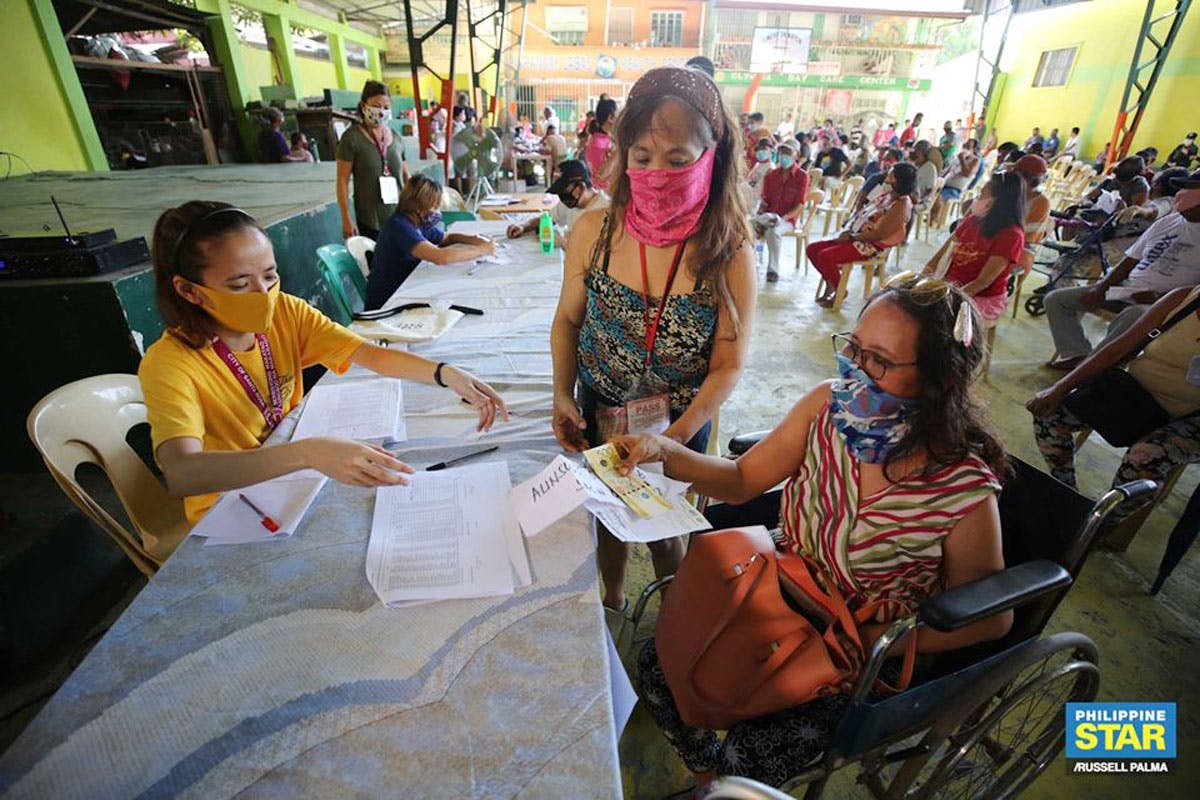 A wheelchair-bound resident of Barangay Labas in Sta. Rosa, Laguna is assisted as she claims her cash aid on May 7, 2020. The government implemented Social Amelioration Program amid the enhanced community quarantine to prevent the spread of coronavirus disease 2019. Photo by Russell Palma, The Philippine STAR

The Department of Social Welfare and Development (DSWD) has failed to utilize some P83 billion for various programs from its budget in 2019 and this year despite the COVID-19 pandemic, several devastating typhoons and other calamities hitting the country.

The issue of unutilized funds – equivalent to nearly half of the DSWD’s P175-billion proposed budget for 2021 – was raised by Senate Minority Leader Franklin Drilon on Tuesday night, Nov. 17, during plenary deliberations on the department’s appropriation.

The bulk of the unspent appropriations – around P75 billion – was in the agency’s 2020 budget.

“To not distribute P83 billion to our affected countrymen in the face of all these difficulties is almost criminal. This cannot continue. We have money but we’re not giving it to those in need,” Drilon said in mixed Filipino and English during his interpellation of the proposed DSWD budget being defended by Sen. Imee Marcos.

“Our countrymen do not feel the help of the government because the government has been remiss. We have P83 billion undisbursed, which is criminal,” he said.

Among the programs whose funding or implementation was not completed are the Pantawid Pamilyang Pilipino Program at P48.3 billion; Assistance to Individuals in Crisis Situations, P13.7 billion; and Social Pension Program, P3.9 billion.

Drilon noted that the DSWD’s failure to release the funds for various programs happened when around five million Filipino families went hungry in the past three months while around 7.7 million Filipinos lost jobs and livelihoods due to the pandemic.

Sen. Francis Pangilinan pushed for a resolution seeking the immediate disbursement of the unutilized funds. The senators agreed to pass the resolution.

Senate President Pro Tempore Ralph Recto also lamented the DSWD’s underspending, even as he pointed out that the government’s failure to disburse more funds partly contributed to the country’s worse economic contraction compared to its neighbors.

Recto prodded the DSWD “to act like a Santa Claus on overdrive” as the funding expires at the end of the year.

“Midnight of Dec. 31 is the Cinderella hour for these funds,” Recto said, explaining that “if they have not been obligated, their validity automatically expires on Jan. 1.”

Worried that the clock would run out on these appropriations, Recto has filed a bill extending the validity of the Bayanihan to Recover As One Act or Bayanihan 2 Law, so that “stranded funds can still be spent next year.”

However, even if the bill becomes a law, Bayanihan 2 covers only a small part of the unspent DSWD funds, “in the neighborhood of P6 billion for the second SAP (Social Amelioration Program), the cash aid for poor families,” Recto said.

He noted that P6 billion may appear small in the time of trillion-peso budgets, “but we can buy six million 25-kilo bags of rice.”

Sen. Grace Poe, meanwhile, urged the government to use part of the unspent funds to implement the Supplemental Feeding Program as hunger stalks millions of children due to the effects of the recent typhoons and the COVID-19 pandemic.

During her interpellation of the DSWD budget, it was revealed that at least P2.2 billion or 60 percent of the funding allocated for the program for this year has yet to be spent.

“Since we don’t have the regular academic schedule, meaning physical presence in schools, which is actually the venue where we are able to extend the Supplemental Feeding Program to the children, I’d like to know more or less what hybrid situation the DSWD has come up with in order to facilitate the distribution of the food to the children,” Poe asked.

The Supplementary Feeding Program is one of the components of Republic Act No. 11037 or Masustansyang Pagkain para sa Batang Pilipino Act authored by Poe.

Implemented by the DSWD, the feeding program provides undernourished children aged three to five years old in day care centers with one fortified meal for not less than 120 days in a year. 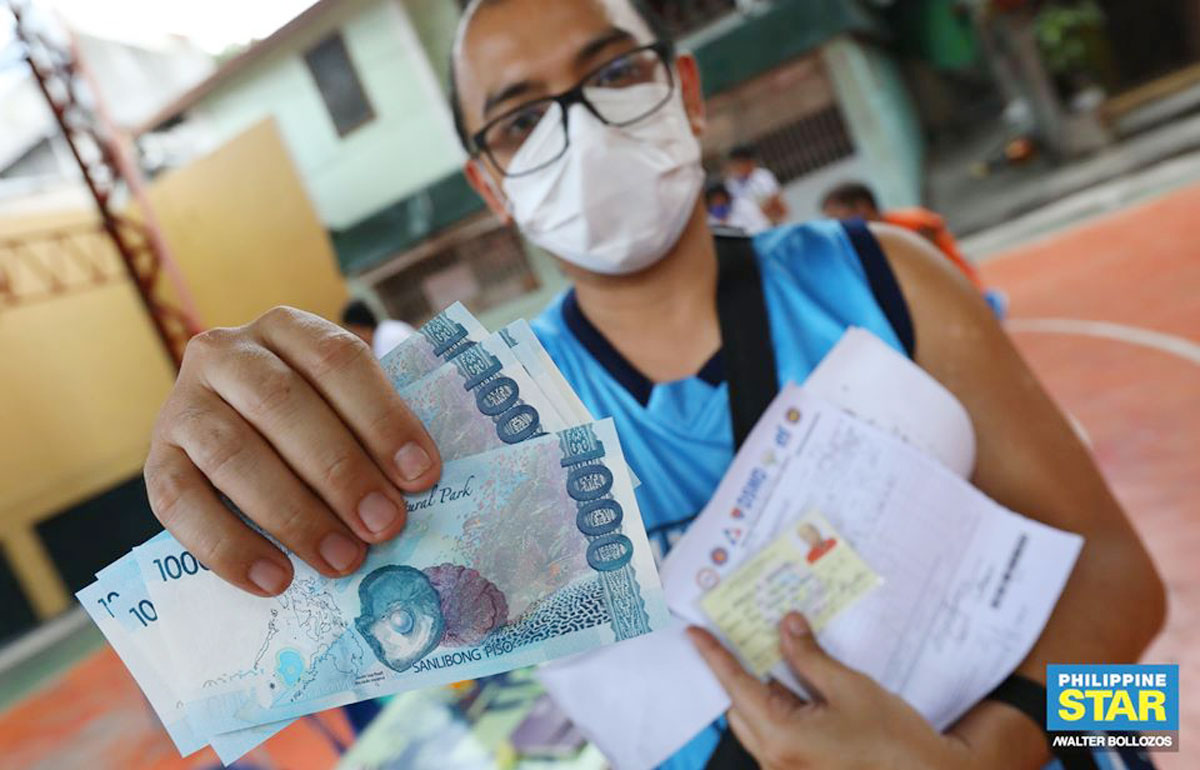 Children-beneficiaries received food rations at day care centers in the past years. But because of the pandemic and the recent calamities, the food packs were delivered to evacuation centers or directly to the children’s homes with the help of local government units.

During the deliberation, Poe stressed that the government should also maximize the use of information and communications technology solutions for its programs to make the distribution of cash aid to the people faster and more efficient.

The use of mobile wallets, PayMaya, StarPay and the like would make it easier for beneficiaries to receive the cash assistance, instead of making them wait in long lines, she said.

Poe added that with the available funds, handing out the food rations to the children as mandated by law, and the cash aid to the families affected by the pandemic and the recent typhoons, should be systematic and quick, especially in times of urgent need.

Carried out by the Department of Education, the SBFP provides undernourished children from Kindergarten to Grade 6 with at least one fortified meal for not less than 120 days in a year.

The Milk Feeding Program, meanwhile, gives fortified meals and cycle menu including fresh milk and fresh milk-based food products to address undernutrition among Filipino children. It is being implemented by the Department of Agriculture, Philippine Carabao Center and the Cooperative Development Agency.

Tens of thousands of distressed micro, small and medium enterprises (MSMEs) may not be able to avail themselves of emergency loans from the Department of Trade and Industry (DTI) as the program’s P10 billion under the Bayanihan 2 is expected to expire next month.

At the Senate plenary deliberations into the proposed 2021 budget of the DTI, senators underscored that out of the P10 billion allocated under the Bayanihan 2, only a little over P1.2 billion has been handed out to 1,600 MSMEs out of the over 26,000 loan applications filed at the Small Business Corp. (SB Corp).

The SB Corp., an attached agency of the DTI, was mandated under Bayanihan 2 to implement the COVID-19 Assistance to Restart Enterprises (CARES) program.

Sen. Sonny Angara, who chairs the Senate finance committee, noted that MSMEs are among the hardest hit by the pandemic due to the community quarantine restrictions.

Recto warned it is unlikely that the DTI would be able to process the loan applications before the law expires, thus the spending authority for the program.

“We know that the savings or whatever retained earnings – assuming that they do have – will be running out soon. In fact, there are questions on whether or not they can pay the 13th month pay of their employees, and the Department of Labor and Employment has spoken on the matter,” Recto said.

The DOLE ruled that all companies, even the distressed and those that have shut down due to the pandemic, must give 13th month pay.

Recto and Drilon proposed that Congress quickly pass legislation to allow the continued implementation until next year of CARES by the DTI along with programs of other agencies under the Bayanihan law.

Sen. Francis Pangilinan lamented that the government remains slow in delivering assistance to distressed sectors despite the authority and appropriations swiftly granted by Congress.

Recto also said the “biggest factory defect” of the Malacañang-proposed 2021 national budget is “the microscopic one percent share of health” in the infrastructure and capital outlays pie.

His interpellation of the general principles of the proposed 2021 budget resulted in the admission that the P11.4 billion earmarked for equipment and buildings of the Department of Health (DOH) next year accounted for only one percent of the proposed P1.1-trillion capital outlay for the entire government.

“In the midst of the pandemic, when the deficiencies of hospitals and the health system have been exposed, how can this be overlooked by all the President’s men?” Recto asked.

“This is counter-intuitive. Bad science meets bad politics. Why put a crisis to waste? Countries are doubling spending for health. But ours, when it comes to new facilities for 2021, is flat,” he emphasized.

The COVID-19 pandemic subjected the country’s health system to a stress test, or as if it underwent magnetic resonance imaging with worrisome results, he said.

The pandemic should have prompted the government to ramp up health spending, not just to confront an ongoing crisis, but also to lay the groundwork for a system that is in a better position to respond to future pandemics and the medical needs of a growing population, Recto pointed out.

He said “conventional wisdom led us to expect a pandemic bump in the health budget for new equipment and buildings, but no such thing happened. No booster shot.”

“How many ICU (intensive care unit) beds are to be added? How many additional ventilators? It appears there is none,” he said.