The Tourism Congress of the Philippines estimates that total losses may reach P20 billion if the virus will continue to spread rapidly in the next months, prolonging the travel ban, which also covers Taiwan, Macau and Hong Kong. 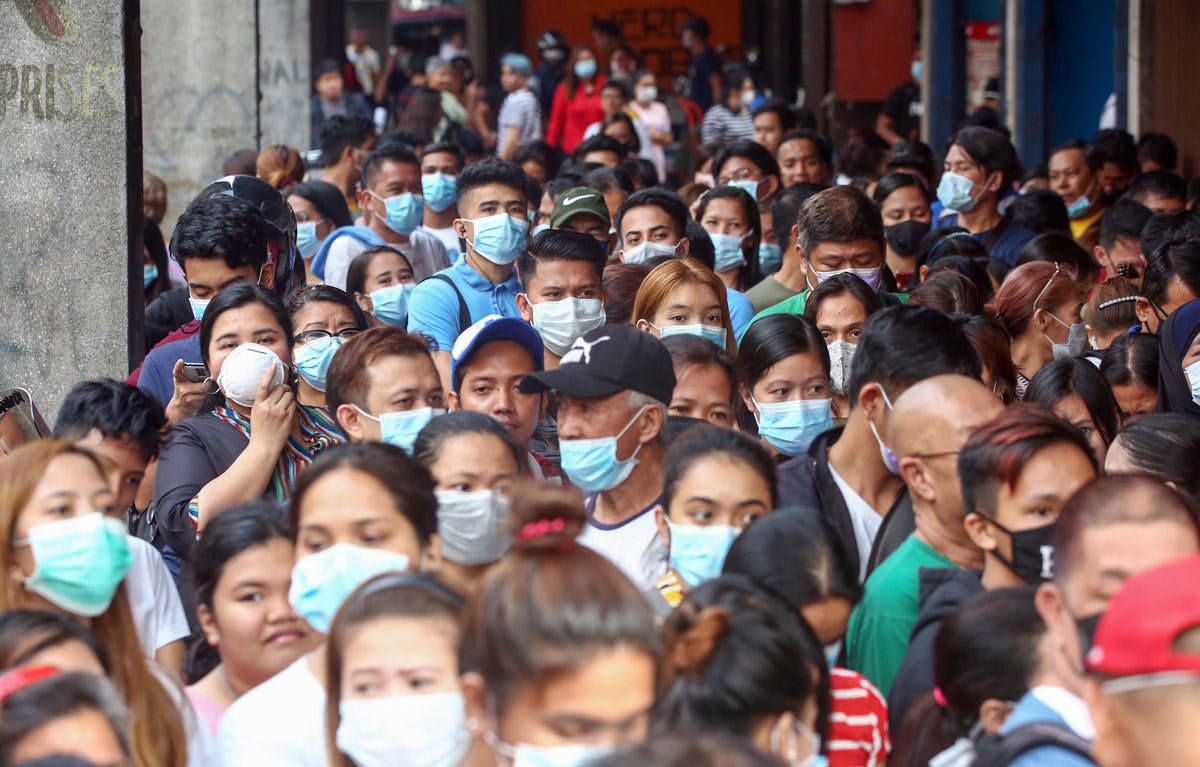 President Duterte has encouraged Filipinos to visit local tourist destinations, holding a dialogue with the country’s major tourism stakeholders to offset an expected slump in the tourism sector that could dramatically affect the economy’s growth target this year.

The maverick leader has even suggested to carriers, hotels, resorts and other travel-oriented businesses to offer large discounts to boost the industry as tourism inflows will be adversely affected by the travel ban imposed on China due to the rapid global spread of the coronavirus disease 2019 (COVID-19), the name agreed upon by the World Health Organization in collaboration with the World Organization for Animal Health and the Food and Agriculture Organization of the United Nations.

More than a thousand people in China have died due to the coronavirus that originated from Wuhan City, and more than 40,000 people in 25 countries have been infected by the virus that could cause acute respiratory disease.

Since the travel restrictions were imposed on travelers to and from China in early February, domestic tour operators say they have lost more than P10 billion in potential earnings due to cancellations of flights, booking reservations and other activities related to tourism.

For instance, the Philippine Tour Operators Association said about half of reservations in Bohol, Boracay, Cebu and Palawan, the top tourist destinations in the country, have been cancelled.

“Both for inbound and outbound, it really has a very big effect,” association president Cesar Cruz told reporters. “It hit us during the peak the season, which was the Chinese New Year.”

The Tourism Congress of the Philippines estimates that total losses may reach P20 billion if the virus will continue to spread rapidly in the next months, prolonging the travel ban, which also covers Taiwan, Macau and Hong Kong.

Ravelas said fewer tourists, lesser trade and declining consumption could further impact on the country’s economy, which has been losing steam since 2017. The economy grew by a lower-than-expected 5.9 percent in 2019, sliding from 6.2 percent in the previous year. 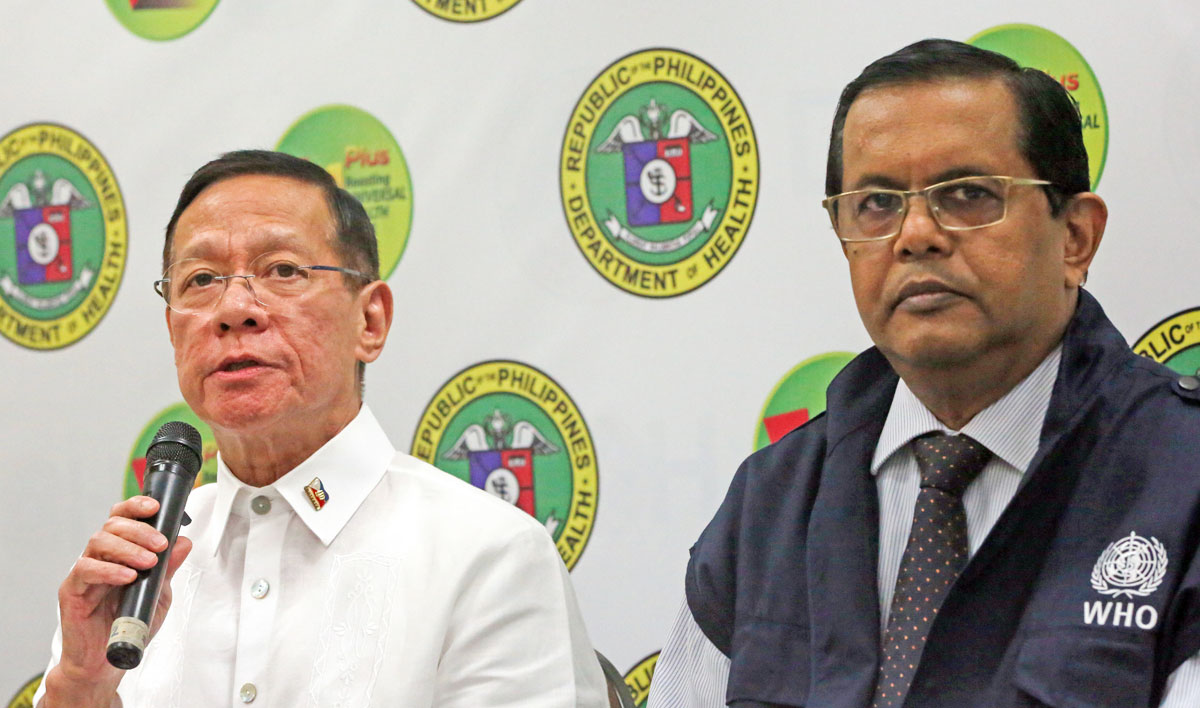 In a news briefing last week, Economic Planning Secretary Ernesto Pernia also painted a bleak economic outlook due to the effects of the COVID-19 contagion on the tourism sector, which accounted for about 12.7 percent of GDP in 2018.

According to preliminary estimates of the National Economic and Development Authority, the contagion could adversely affect the country’s GDP growth by 0.06 percent if the situation lasts for one month in the first quarter.

“If it lasts up to December, it will be about 0.7 percent impact on the GDP growth,” Pernia said.

Another economist, Ruben Carlo Asuncion of Union Bank of the Philippines, said the virus outbreak could cost the economy about $600 million or 0.8 percent of economic growth if the public health problem will last up to six months.

Bangko Sentral ng Pilipinas (BSP) Governor Benjamin Diokno, for his part, projects the coronavirus impact on first quarter GDP at 0.2 percent and another 0.4 percent in the second quarter.

Fewer than 500,000 Chinese tourists visited the Philippines every year before Duterte assumed office. Since he became President in 2016, there has been a significant increase in the number of tourist arrivals from China.

Data from the Department of Tourism showed there were some 1.6 million Chinese nationals who visited the Philippines from January to November last year, accounting for 22 percent of all tourist arrivals.

The rate of increase was markedly faster at 40 percent, higher than the annual tourist arrival growth rate of 10 percent to 15 percent for the entire country. It is unclear, however, how many of the arrivals were Chinese who obtained tourist visas on arrival so they could work in the Philippine Offshore Gaming Operator or POGO industry.

The Chinese now account for the second largest tourist arrivals in the Philippines, after the South Koreans, surpassing the Americans and Japanese. A Chinese tourist is estimated to spend an average of $1,130 while in the Philippines.

Before the virus outbreak, Tourism Secretary Bernadette Romulo-Puyat had told reporters that she projected tourist arrivals this year to surpass nine million – 9.8 percent higher than the 8.2 million in 2019 – and to generate P4.464 trillion in revenue.

The bulk of tourism receipts is projected to come from the domestic market at P3.793 trillion, with P661 billion projected from inbound tourism.

Analysts say it is too early to predict the full impact of the COVID-19 on the tourism sector. Tourism could rebound in the second half of the year if the spread of the virus is contained.

In comparison, during the Severe Acute Respiratory Syndrome coronavirus (SARS-CoV)) outbreak that lasted for almost a year, tourist arrivals in the Philippines were barely affected, declining to 1.907 million in 2003 from 1.933 million in 2002. It recovered the following year, increasing to 2.291 million.

Finance Secretary Carlos Dominguez and Trade Secretary Ramon Lopez also said the COVID-19 would have minimal impact on trade even if China is the Philippines’ top trading partner, accounting for 18.8 percent of total trade.

The Philippine Statistics Authority (PSA) said about 23 percent of the country’s exports go to China, the biggest importer.  The Philippines imports approximately 20 percent of its goods from China.

Diokno said the economy could eventually suffer if the spread of the new virus is not controlled in the near term. 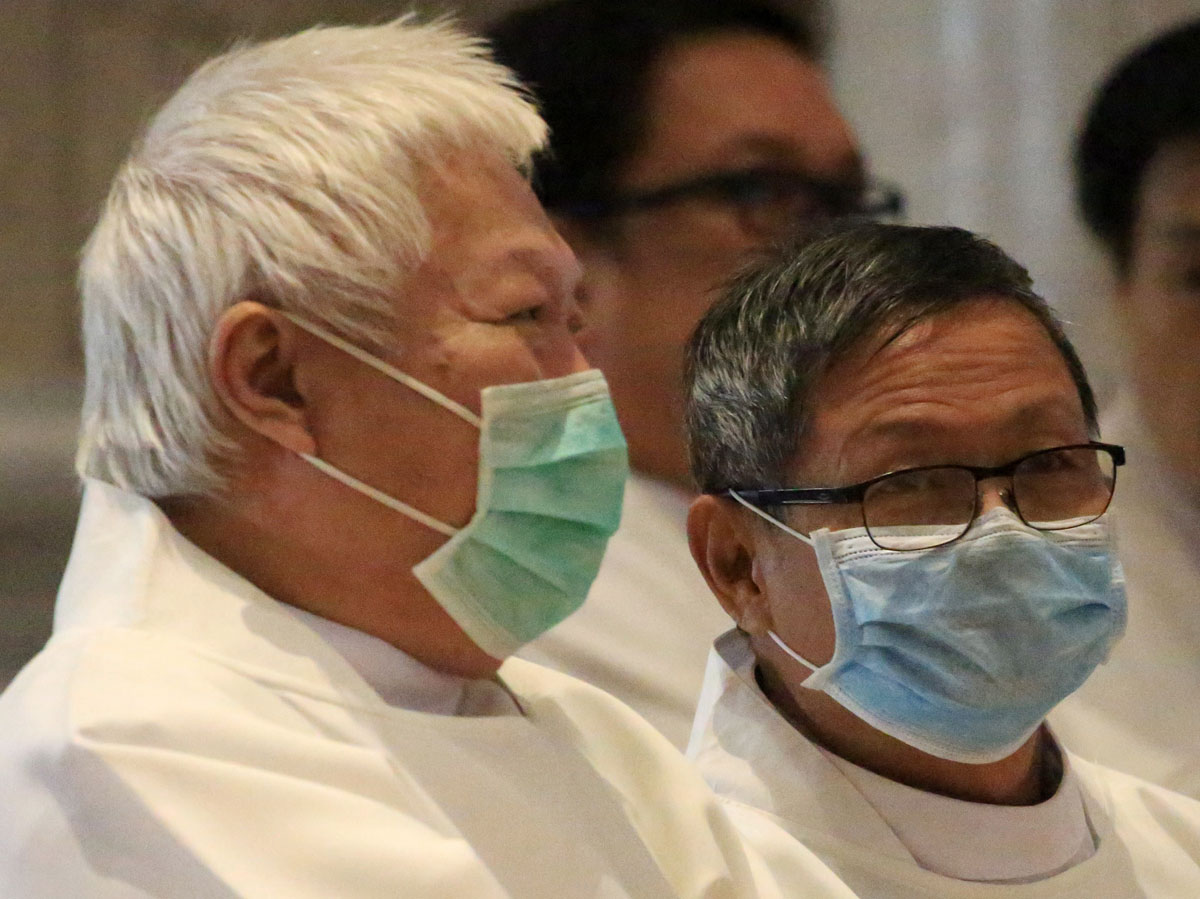 With nine countries now recording local transmissions of coronavirus disease or COVID-19, the Department of Health (DOH) is bracing for a similar situation in the Philippines.

The DOH said the World Health Organization has named the disease in a manner that would minimize cultural, social and geographical stigma. The WHO posted on Twitter that under the guidelines agreed upon, “we had to find a name that did not refer to a geographical location, an animal, an individual or group of people, and which is also pronounceable and related to the disease. It used to be called novel coronavirus or 2019-nCoV and later nCoV acute respiratory disease (ARD).

In a press conference, DOH Undersecretary Eric Domingo said all of the three confirmed COVID cases in the Philippines are “imported” as they involved Chinese nationals from Wuhan City, the epicenter of the outbreak in China.

“These developments are compelling reasons to prepare mitigation mechanisms for the possibility of community spread,” Domingo said.

The local transmission of COVID-19, considered by the WHO as high risk regionally and globally, has been reported in Australia, France, Germany, Hong Kong, Japan, Singapore, South Korea, Thailand and Vietnam.

Domingo said that even the WHO has signified that all countries should “get ready because they have been seeing it happen in several countries” including those that are “very far from China.”

“We always have that at the back of our minds – that it will and can happen. That’s why we are preparing our hospitals, that if cases increase significantly, we might have to change strategies and we should be ready,” he said.

Domingo said the Inter-Agency Task Force on Emerging Infectious Diseases would decide whether to impose a travel ban on countries with local COVID-19 transmission.

According to Domingo, the Philippines is ready for local transmission “in the sense that we have the hospital system.”

“We have isolation rooms. Right now, these rooms are full because we admit even the PUIs (patients under investigation). If more people get sick, there will be changes in the indication for admission,” he said.

Domingo assured the public that authorities continue to look for and monitor the people who had close contact with the three confirmed COVID-19 cases in the Philippines.

As of 12 noon yesterday, the number of PUIs totaled 408, but the confirmed cases remain at three, including one mortality.

Of the 408, 208 tested negative for the virus while 197 are still awaiting test results.

Filipinos account for 240 of the 408 PUIs, followed by Chinese at 98 and Americans, eight.  Fifty other PUIs are of different nationalities.

Based on data prepared by the DOH-Epidemiology Bureau, 455 people who had close contact with the three confirmed COVID-19 cases have already been traced.  A total of 277 have been interviewed and 44 of them were considered PUIs for manifesting symptoms of the disease.  The 233 were advised to undergo home quarantine.

Domingo said only 246 out of the 731 people who had close contact with the third COVID-19 case – a 60-year-old Chinese woman – have been reached so far.

He noted that the number ballooned because all of the woman’s co-passengers in the fast craft that she took from Cebu to Bohol were considered as PUIs.