Political coalition 1Sambayan says Vice President Leni Robredo and Antonio Trillanes IV have always been in the list of nominees being considered as standard bearers of a unified opposition slate. 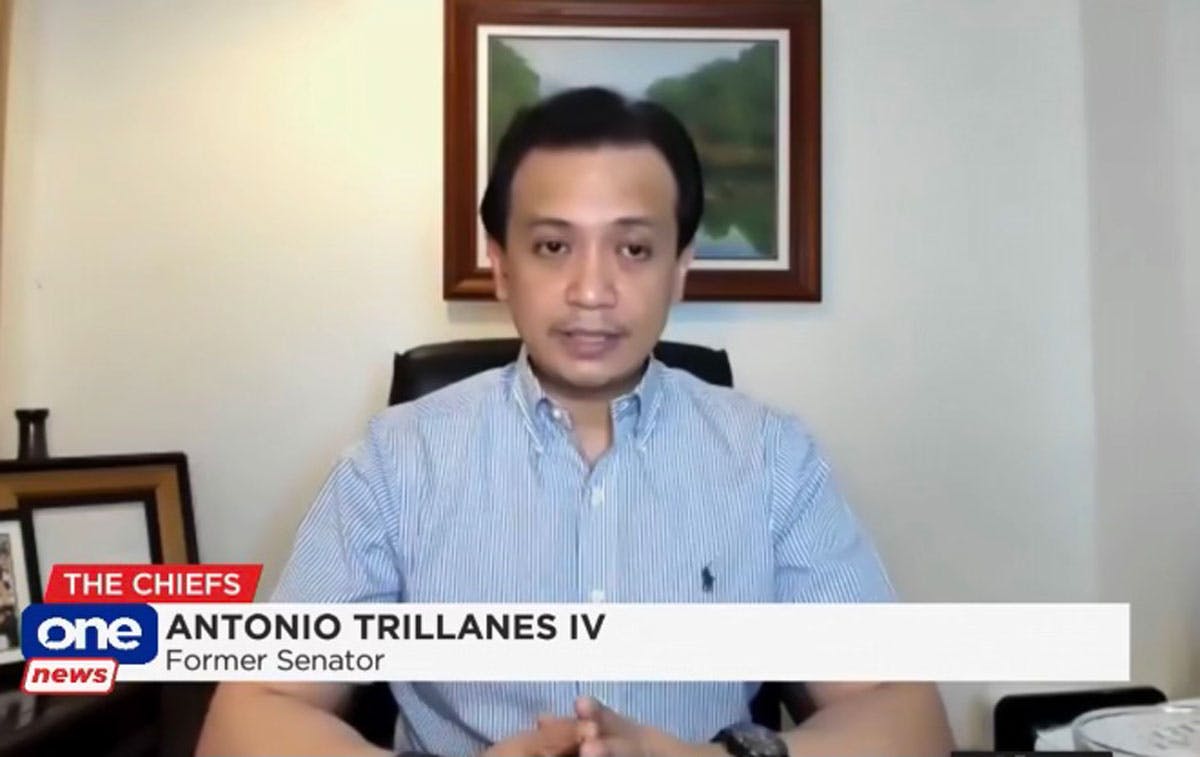 Screenshot of the interview of former senator Antonio Trillanes IV with ‘The Chiefs’ on One News / TV5 on May 12, 2021.

Vowing to present hope and vision for a better Philippines, former senator Antonio Trillanes IV said he will directly send President Duterte to jail if he wins the presidential elections next year.

“I'm clear, if I’m lucky, we'll really send him straight to jail so that he won't be imitated in the future. You’ve seen what happened in our country,” Trillanes said in an interview with “The Chiefs” on One News  / TV5 on Wednesday night, May 12.

But despite announcing his bid for the highest post in the land, the former senator clarified that he remains an “alternative” candidate to Vice President Leni Robredo, whom he claimed to have started preparing for a gubernatorial bid in her home province of Camarines Sur.

Robredo’s spokesperson Barry Gutierrez denied that she has already started preparations to run for governor, maintaining that she is still open to running for president.

Trillanes said he is willing to step aside for Robredo, but added that the pronouncement regarding her plans has to come directly from her.

“It should be a definitive statement from VP Leni, she can say it to me privately. I am willing to step aside and withdraw my candidacy in her favor to ensure a united (opposition),” he said in a mix of English and Filipino.

The former senator said he does not want to pressure the Vice President into making a political decision, saying “it would be unfair for somebody like me to put a deadline to her decision-making process, she has her process and we respect that.”

But in his tweets, Trillanes defended his earlier pronouncement regarding Robredo’s plans, citing local reports stating that she already transferred her residence outside Naga City.

Gutierrez, however, said it is “factually inaccurate” to say that the Vice President has transferred her residency to Magarao, a municipality located north of Naga City, saying she merely acquired her national ID there.

“She’s simply renting a house in Magarao at the moment… Transfer of residence is a legal issue that I’m not going to go into or comment on right now,” he said.

Gutierrez said Robredo remains a registered voter in Naga City, making her ineligible to run for a provincial post since Naga is an independent component city of Camarines Sur.

In a separate interview with ABS-CBN News Channel, he said the Vice President has not made any move to transfer her registration from Naga City to any other place.

“The Vice President has made no secret of the fact that a run for a local position is one of the things that she’s actually been considering over the course of the past year or so, ever since, you know, the talk of 2022 has started heating up. So that’s still very much on the table,” he said.

“But that said, there have been no preparations insofar as pursuing an actual run at a local level is concerned,” Gutierrez added. 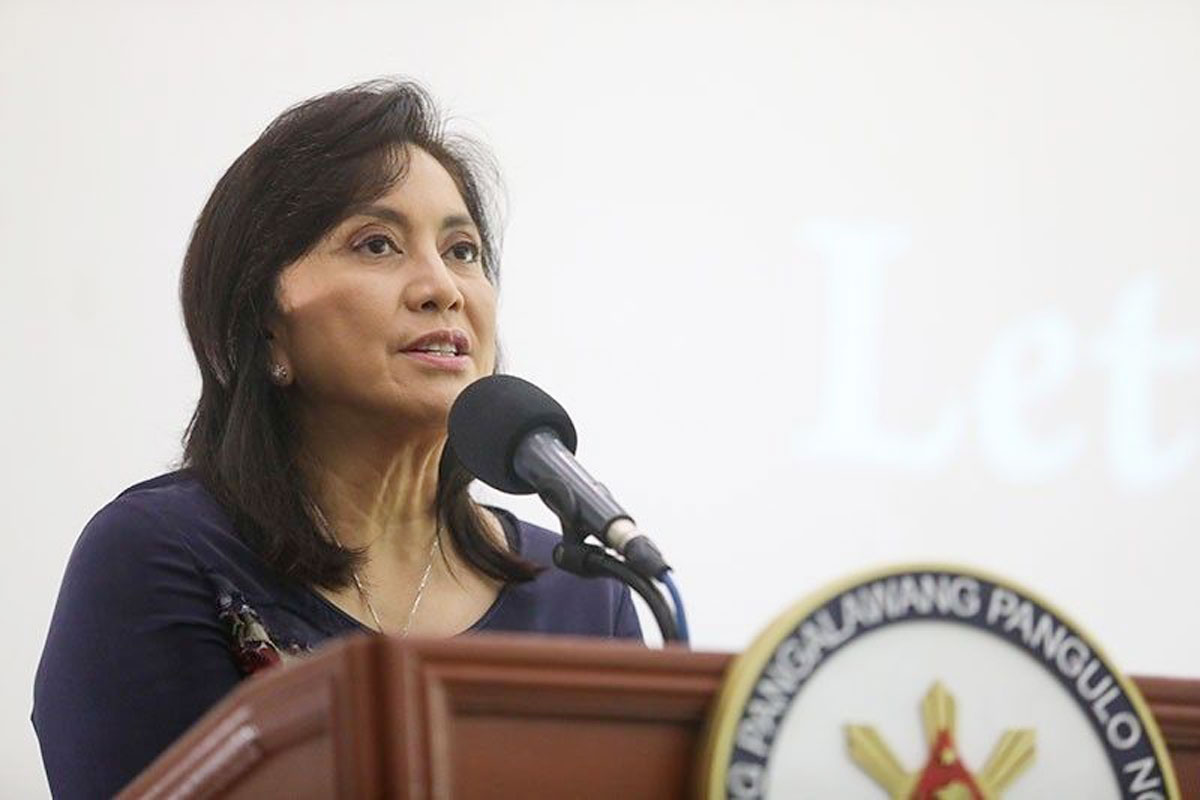 Being the chairperson of Liberal Party and the leader of the opposition, Gutierrez said Robredo is obviously the preferred candidate for the highest post.

“She is obviously the person who embodies most what we feel should be embodied by the person who will be president of this country. She has demonstrated her ability to be an executive during the course of this pandemic, and we think she will be a great president. So that’s still very much the default position that we are pursuing at this stage,” he noted.

But he admitted Vice President is weighing various factors, including on whether she will be the most unifying and winnable candidate for the opposition.

“You know, it’s clear that she – from my perspective, at least, and for the perspective of many others, that she is that person. But she has to go through that process herself,” Gutierrez said.

Gutierrez appealed to those waiting for Robredo’s decision, including her supporters, to respect the process she is going through.

“This will not just drag on, you know, without resolution. She will at one point give a very, very clear, unequivocal declaration as to what her intentions are, and when she does that, you can be assured that before she did so, she weighed all these in her mind, and that she will make the best possible decision she thinks should be made under the circumstances,” he stressed.

For its part, political coalition 1Sambayan said Robredo and Trillanes have always been in the list of nominees being considered in a unified opposition slate.

“We will invite our members, allied groups and patriotic Filipinos to join and participate in this process,” it added.

Led by former Supreme Court senior associate justice Antonio Carpio and other former government officials, 1Sambayan seeks to come up with a unified opposition slate that will run against the administration candidate.

Aside from Robredo and Trillanes, the group earlier said that it is also talking to other potential bets for president and vice president, including Sen. Grace Poe, Sen. Nancy Binay and Manila Mayor Isko Moreno.

In his interview with The Chiefs, Trillanes said the coalition has already invited him for a meeting, adding that his group Magdalo is supportive of the initiative to have a unified opposition slate.

While Robredo has yet to decide on her political plans for 2022, Trillanes said he will continue his preparation for a presidential bid to prevent having a vacuum in case the Vice President decided not to run for the highest office.

“I told the VP that I will start preparing and they will tell me when they are ready to run and I will stop to give way to them. These moves were not hastily done,” he said.

“The 2019 takeaway is to prepare early. The preparations started only in April 2018, but the opposition was walloped. We learned that lessons and 2022 national elections is more important. We prepared earlier,” he added, referring to the midterm elections when none of the opposition candidates won in the Senate race. 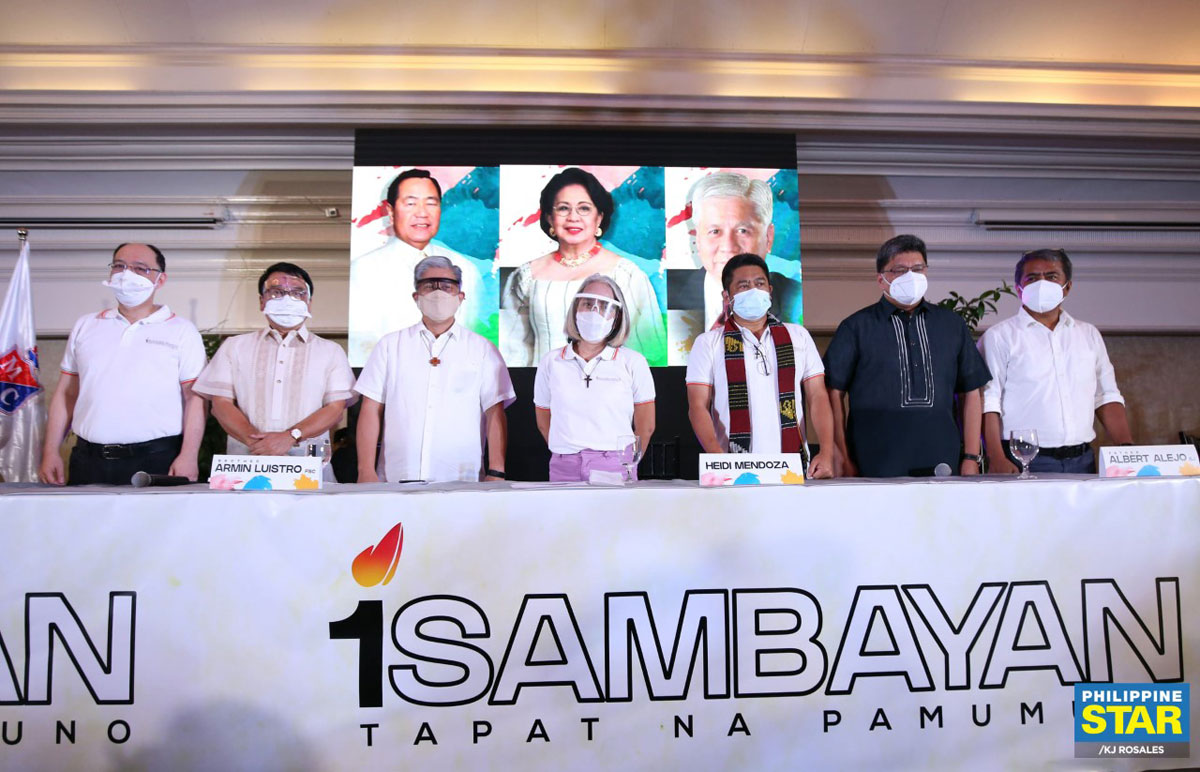 Trillanes said he would anchor his campaign program to his anti-corruption track records, adding that current issues such as the COVID-19 pandemic, rising unemployment and the West Philippine Sea dispute will have an impact on the satisfactory ratings of Duterte.

“We will present hope and vision that things will be better if the opposition will be given the chance (to lead),” he added.

Trillanes is free to dream about running for president, Malacañang said on Thursday after the opposition leader vowed to send Duterte straight to jail if he wins the 2022 presidential race.

“Second, it seems that he is not going to run because Vice President Leni has clarified that she is still running, at least the plan is still there,” Roque added.

Roque challenged Trillanes to file cases against Duterte if he has evidence linking the President to extrajudicial killings.

“If he has cases to file, he should file (them). The problem with senator Trillanes is he just talks. If he really has evidence that the President ordered the killing of people, he should have filed the case already,”  the Palace spokesman said.

Meanwhile, a political party leader has appealed to aspirants in the May 2022 polls to reserve election talk for later and focus first on the COVID-19 pandemic.

“We should not talk about 2022 yet and we should focus our attention to this emergency situation. Even us in NUP, we haven’t even called any meeting yet,” he told reporters via Zoom.

He added that that their party has not yet discussed the possibility of fielding Manila Mayor Isko Moreno for president or vice president.

While acknowledging that it is unusually late for political parties to discuss election lineups, Barzaga stressed “these times are rather unusual” as leaders are duty-bound to be “occupied with the problems pertaining to the pandemic,” including Moreno.

The political leader said what is certain at this point is that NUP will be open to party coalitions and that candidacies for 2022 would be clear by August or September.

A regular virtual press conference will be held by the Commission on Elections (Comelec) as part of its information drive on preparations for next year’s local and national elections. The first press briefing is set today at 10 a.m.

“We will be instituting these regular public briefings as an integral part of our preparations for the upcoming national and local elections on May 9, 2022,” Comelec spokesman James Jimenez said.

Jimenez said the virtual press conference will be streamed live on Comelec’s official Facebook page at www.facebook.com/comelec.ph where members of the press will be accommodated to ask questions. – Wth Edu Punay, Robertzon Ramirez