The Alliance of Concerned Teachers said a quick survey conducted by its National Capital Region chapter showed that 55.1 percent of respondents said they were experiencing flu-like symptoms amid the COVID-19 surge. 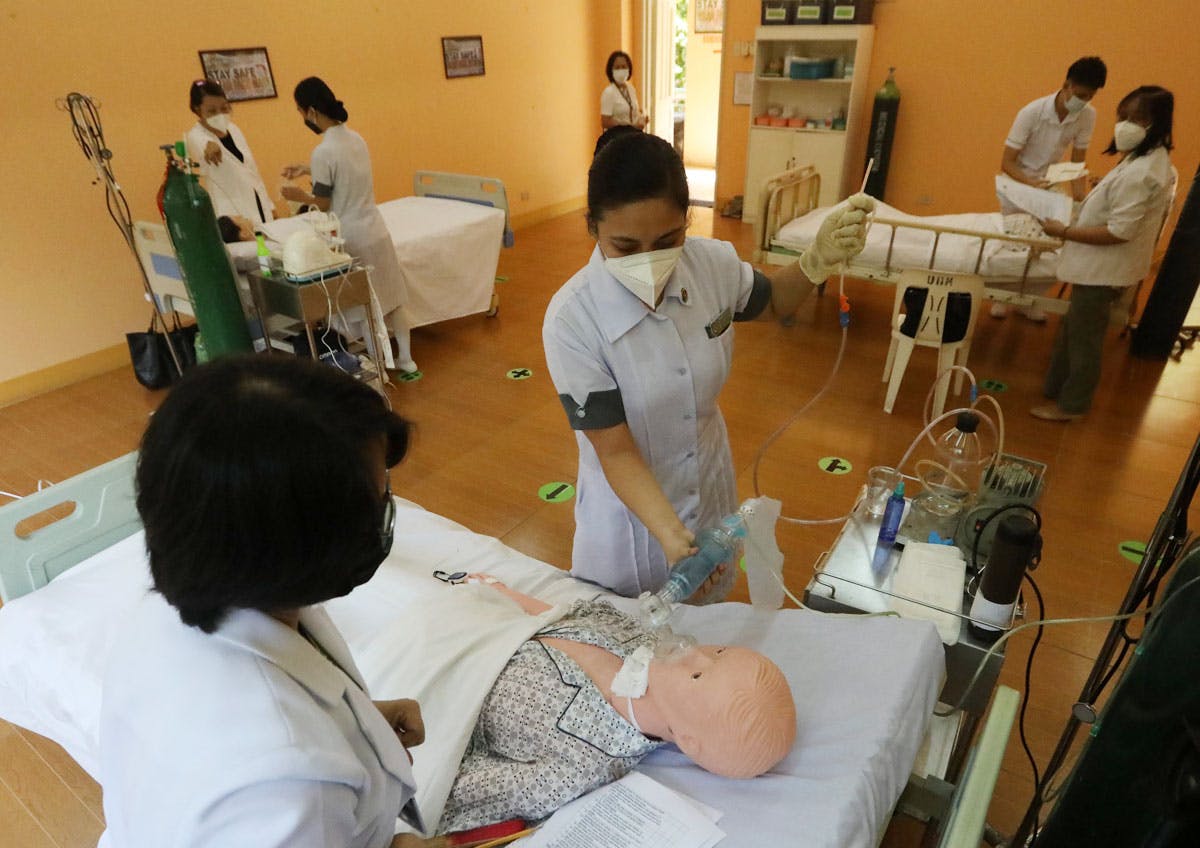 Graduating nursing students of the Universidad de Manila in Manila attend their face-to-face class on Nov. 22, 2021. The government approved the gradual resumption of limited face-to-face classes for all programs as COVID-19 cases went down, only to rise again due to people’s increased mobility. Photo by Edd Gumban, The Philippine STAR

A teacher’s group is asking the Department of Education (DepEd) to announce a two-week health break after a survey showed that over 50 percent of teacher-respondents reported that they have been feeling ill.

As this developed, the Commission on Higher Education said limited face-to-face classes for all degree programs even in areas under Alert Level 3 should begin on Jan. 31.

The Alliance of Concerned Teachers (ACT) said that a quick survey conducted by its National Capital Region chapter showed that 55.1 percent of respondents said they were experiencing flu-like symptoms amid the COVID-19 surge.

The survey had a total of 7,448 public school teachers, 46 percent of whom reported having colds and 44 percent having coughs, and some 15.8 percent have a fever.

“Teachers and students alike are struggling to keep holding classes amid this Omicron-driven surge. Either we’re sick or we’re taking care of family members who are. It’s only humane to give all of us a break amid this outbreak, if only to allow us to recover,” Basilio said in a statement.

Some 84 percent of the respondents noted that they continued to teach and do other school tasks despite being ill.

The group said teachers need not only a health break but also medical support or financial aid from the government.

ACT said that despite having symptoms, majority or 96 percent did not have positive test results, which the group said is due to the lack of access to testing amid the surge.