“Do not oppress or torture or make the life of those who do not want to be vaccinated (against COVID-19) even more difficult,” Sen. Aquilino Pimentel III said. 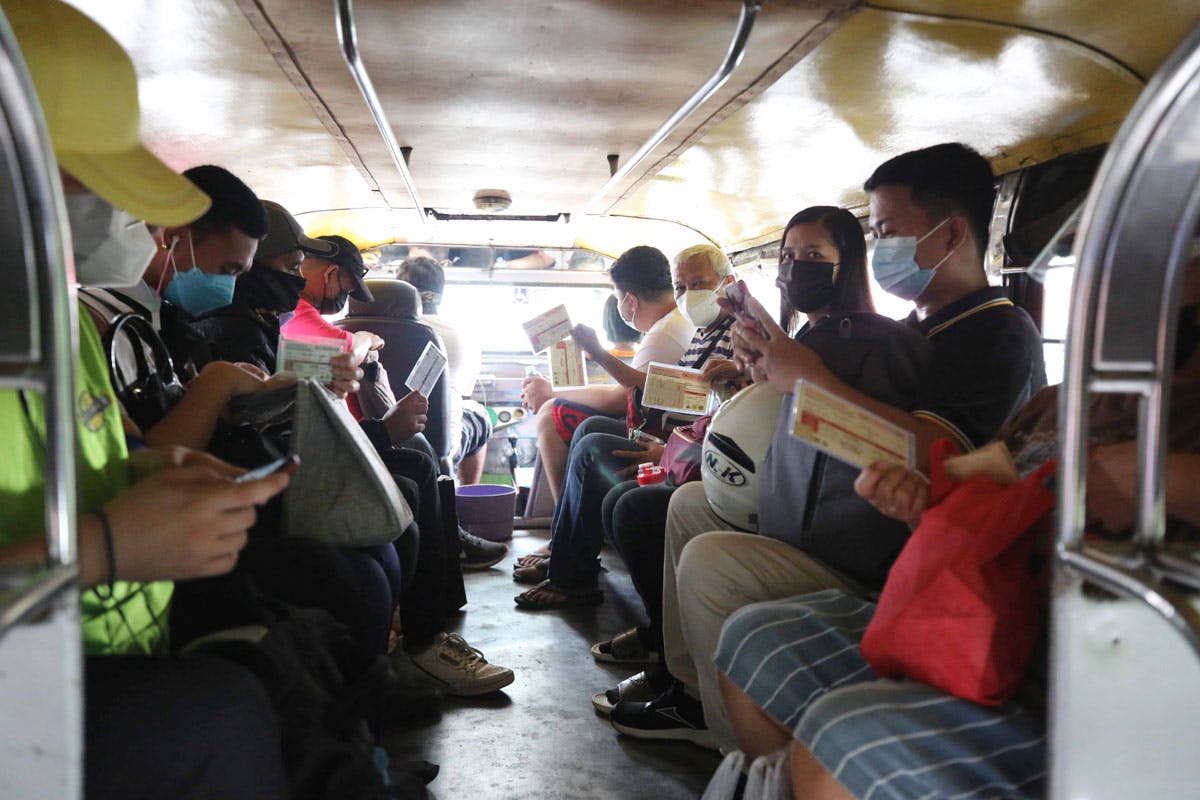 Senators took a swipe at the government’s “no vaccination, no ride” policy in all modes of public transportation in Metro Manila  and questioned its respect for every Filipino’s freedom of choice.

Senate President Vicente Sotto III rejected the no vaccination, no ride policy issued by the Department of Transportation (DOTr) as the government ramps up its response measures to control the biggest surge in COVID-19 infections the country has yet seen.

Reminding the government of its duty to serve even unvaccinated individuals, Sotto said: “There should be no discrimination among the riding public. Instead of barring them (unvaccinated) from riding public transports, (the) DOTr should come up with brighter ideas on how to protect the unvaxxed from the deadly virus.”

Sotto, who is a vice presidential aspirant, said there are many ways of convincing more Filipinos to get the jab, “but to destabilize the means of transportation of our people should not be the only option.”

Sen. Francis Pangilinan, who is also running for vice president, underscored the people’s freedom of choice. “Do not force or intimidate or pressure the unvaxxed,” Pangilinan said. “You should incentivize and not penalize them.”

What the government must do, according to Sen. Aquilino Pimentel III, is promote the “vaccination of the willing” and ensure that they have access to the supply of vaccines.

“There’s enough (vaccines) for all. Don’t force it,” Pimentel said. “Do not oppress or torture or make the life of those who do not want to be vaccinated even more difficult.” He then warned attempts to seek out people who are unvaccinated even if they only stay at home. “Why the need to find and put them in a list like a criminal? Listing is shaming. That’s not allowed – (a) violation of constitutional rights,” Pimentel added.

For her part, Sen. Grace Poe said she “can understand” the DOTr policy for the protection of the riding public. “We should encourage everyone to get vaccinated unless they have a legitimate underlying health reason not to,” she said.

Sen. Nancy Binay, on the other hand, doubted whether the government can really implement such a policy which not only affects commuters in Metro Manila but everyone traveling from the provinces into the capital region.

“Can it be implemented?” Binay asked. “When it comes to policy implementation, the method of action is patently restrictive. It does not protect those who are yet to be vaccinated. How will our compatriots who have to travel to get vaccinated commute?”

At the House of Representatives, Albay Rep. Joey Salceda warned that this kind of restriction for the unvaccinated population may be premature and end up being discriminatory to the poor.

The chairman of the House ways and means committee said the government should first set a massive vaccine rollout in all local government units (LGUs) before enforcing the no vaccine, no ride policy or even preventing unvaccinated individuals from leaving their houses.

“Before restrictive policies, we have to guarantee that anyone who wants a vaccine can get one. As such, the means to get a vaccine have to be widely available and with a special preference towards the poor. Otherwise, it could deny access to basic public services among the poor who want to get vaccinated, but whose LGUs have not reached them yet,” Salceda said.

A respected economist, he said these restrictive policies would affect many livelihoods and urged LGUs to step up by providing vehicles to transport the willing to vaccination sites.

Salceda also asked the Inter-Agency Task Force for the Management of Emerging Infectious Diseases (IATF-MEID) and LGUs to consider having large workplaces as vaccination sites “so that workers can take them at break hours or after work hours and need not take time off of work.”

On Thursday, the camp of presidential aspirant Ferdinand Marcos Jr. expressed support for the government’s no vaccine, no ride policy in public transportation in Metro Manila.

Marcos’ spokesman, lawyer Vic Rodriguez, said the DOTr memo “is certainly founded on sufficient valuable data that are available in its possession.”

“The data as to the exponential increase in the number of COVID-19 infections are indubitable, thus the government’s response to observe extreme caution is but a necessary consequence when the health and safety of the general public are at stake,” Rodriguez explained in a statement.

But Rodriguez argued that such policy should be accompanied with other measures, including a more aggressive vaccination drive.

Meanwhile, the city government of Manila has started implementing a new ordinance that restricts unvaccinated residents from moving about in public.

Mayor Isko Moreno, who is also a presidential aspirant, said the new policy is necessary to prevent the spread of COVID-19.

“It’s so unfair to the vaccinated, those who lined up, those who were diligent to protect themselves,” Moreno said in Filipino, addressing those who refuse vaccination. “Listen to science and avoid believing misinformation being peddled by anti-vaxxers.”

In Caloocan City, personnel from the city government’s Public Safety and Traffic Management Department set out to inspect stores and public transport vehicles to ensure its new ordinance was being observed. The vaccinated should have their vaccination cards with them and submit themselves to temperature checks and contact tracing, while the unvaccinated should not be out of their houses. – With Edu Punay, Ghio Ong