Roque Maintains Only Duterte Can Fire Him

Presidential spokesman Harry Roque is being criticized for berating healthcare workers and for his bid to join the International Law Commission, but he is unfazed. 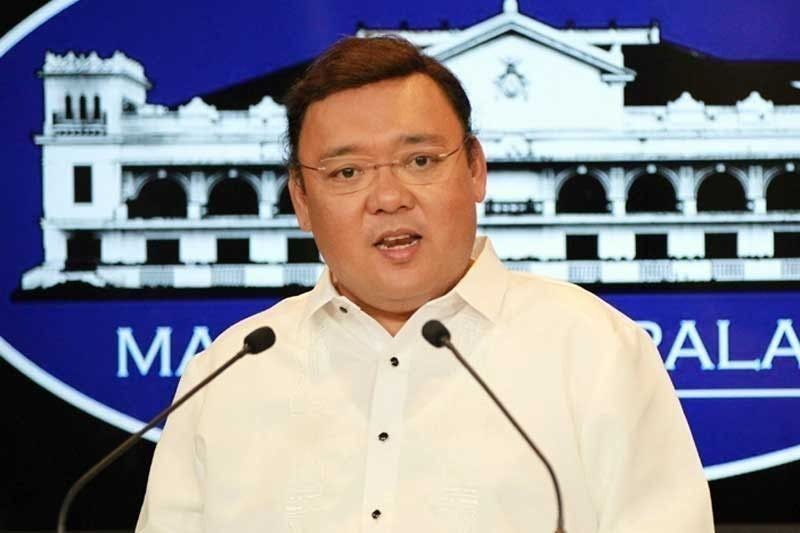 Presidential spokesman Harry Roque shrugged off calls for his removal from office or resignation spawned by his berating of medical frontliners, saying only President Duterte could fire him.

At a virtual briefing on Monday, Sept. 13, Roque also defended his bid to join the International Law Commission (ILC), which is being opposed by groups of lawyers and human rights advocates. Roque is currently in New York to press for a seat in the 34-member organization.

“Unfortunately, only the President can fire me,” the Palace spokesman said.

Roque earlier apologized to health workers for his outburst after a video showing him berating medical doctors during a Zoom meeting of the Inter-Agency Task Force on Emerging Infectious Diseases went viral.

Philippine College of Physicians head Maricar Limpin, who was the one reportedly scolded by Roque during the meeting, said Duterte’s spokesman must be removed from office. Others have called on Roque to resign.

Roque also brushed aside the opposition of the Free Legal Assistance Group (FLAG) to his nomination to the ILC, stressing that he is qualified for the position.

He said he is an expert in international law, with a 15-year experience of teaching the subject at the University of the Philippines’ College of Law.

“We were nominated to the ILC because recently we were elected as president of the Asian Society of International Law, the association of all experts in Asia,” he added.

In its letter to the ILC dated Sept. 12, FLAG said it “strongly” objects to the nomination of Roque who, it said, “does not possess the qualifications for a seat at the Commission.”

FLAG described Roque as a “political partisan who actively demonstrated contempt for the rule of law and, with specific relevance to the Commission, has undermined the supremacy of human rights and international law.”

As Palace spokesman, Roque has publicly defended extrajudicial killings in the conduct of the war on drugs and belittled the competence of the International Criminal Court (ICC), FLAG said.

“Mr. Roque does not possess the qualifications for a seat at the Commission. While he has degrees in law and has taught Public International Law, he is a political partisan who has actively demonstrated contempt for the rule of law and, with specific relevance to the Commission, has undermined the supremacy of human rights and international law,” FLAG chairman Jose Manuel Diokno said.

“FLAG respectfully asks the Commission to peremptorily disregard the nomination of Mr. Roque and remove him from consideration for a seat in the Commission,” it added. “His pronouncements have been made, alternately, with sneering contempt for the plight of victims or a callous attempt to justify the same with misplaced humor. He has used his knowledge of international law to undermine the protections that international law provides under a regime of human rights and the rule of law.”

The group also said Roque’s motivations “are clearly for political gains as he has not been discreet about his plans to seek elective office.” Roque is a guest candidate of the PDP-Laban faction of energy chief Alfonso Cusi.

“All these demonstrate a patent lack of integrity and character that make him utterly unworthy to even be seriously considered as part of the ILC,” FLAG stated.

“I will let the states decide if I am qualified to be elected in the ILC but the only qualification is you should be an expert in the field of international law,” he said. – With Evelyn Macairan