The Philippine Postal Corp. said 40,000 copies of the stamps were printed in time for the commemoration of Rizal Day, which would be sold for P12 apiece. 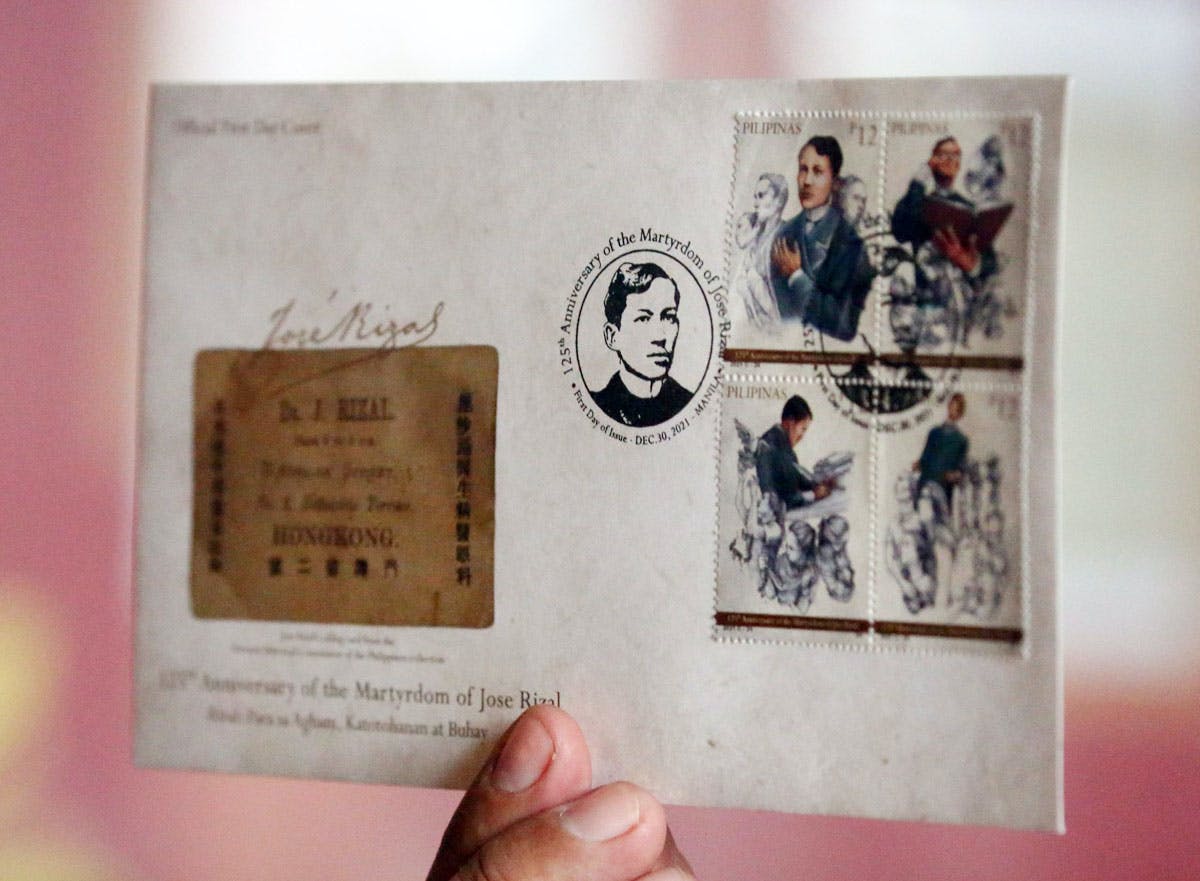 The Dr. Jose Rizal postage stamps depict the life and works of the country’s national hero. Photo by KJ Rosales, The Philippine STAR

Themed “Rizal: Para sa Agham, Katotohanan at Buhay,” PHLPost said the stamps depict the life, works and heroism of Rizal as well as his love and compassion for the Filipinos and the country.

“Filipino talents and ingenuity should be recognized around the world. Rizal’s determination to achieve his goals to succeed should serve as an inspiration to Filipinos, especially the youth. We should emulate the traits and ideas of our national hero,” PHLPost general manager Norman Fulgencio said.

PHLPost said 40,000 copies of the stamps were printed in time for the commemoration of Rizal Day, which would be sold for P12 apiece.

The stamps’ layout and design was created by in-house graphic artists Israel Viyo and Eunice Dabu.

The stamps and the official first day cover are available at the philatelic counter of the Manila Central Post Office.

Meanwhile, Defense Secretary Delfin Lorenzana urged Filipinos to look at Rizal as an inspiration to become good and responsible citizens of the nation.

“Let us always strive to fulfill our responsibilities as dutiful citizens in the service of our countrymen, just as Rizal did,” he said.

Lorenzana said that as a pioneer in many scientific fields, Rizal valued the pursuit of knowledge and believed that a nation must be enlightened and united to allow it to emerge from a dark period in its history.

“This fierce love for country, as manifested in his brilliant and enduring works, continues to inspire and move our people to action centuries hence,” he said.

“In commemorating the life and legacy of Dr. Rizal, we are reminded of the continuing battles we face as a country, and how we can overcome them with the same devotion and courage as our national hero. May we always remember his ideals and the ultimate sacrifice he made to defend and uphold our nation’s dignity,” Lorenzana said.