The Commission on Population and Development or PopCom reported that Filipino couples were delaying marriages and having children amid the COVID-19 pandemic. 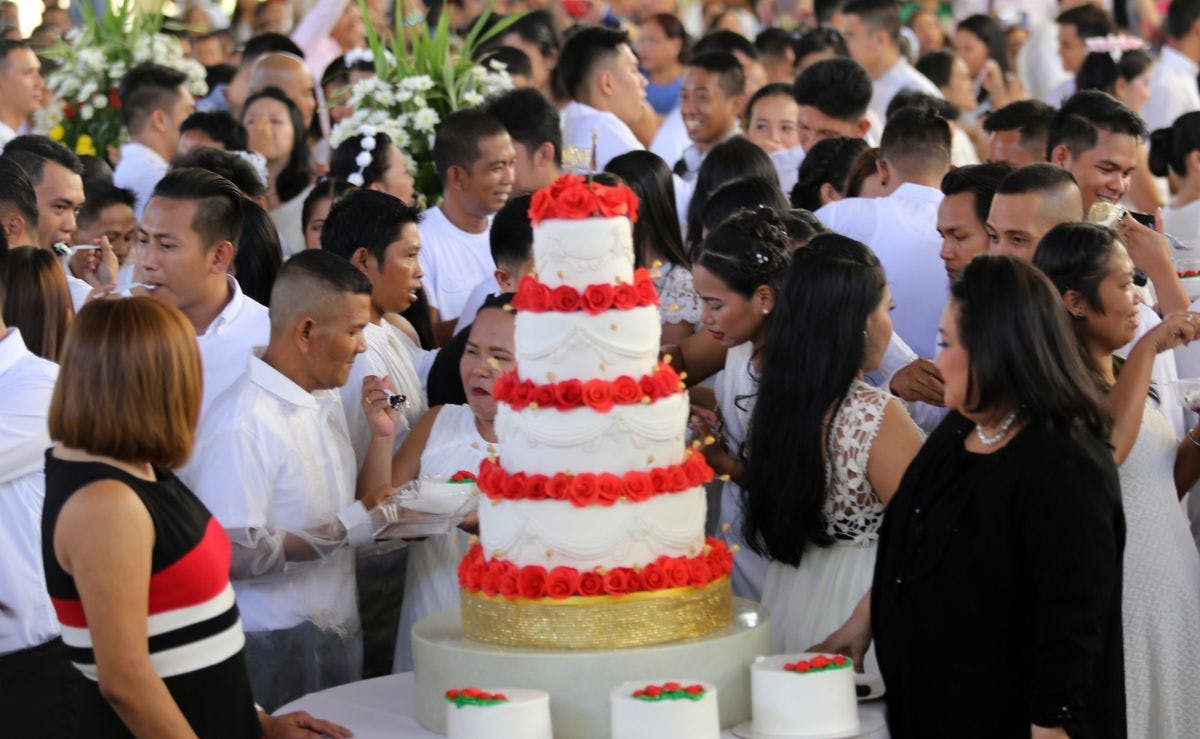 Couples get cakes during a mass wedding in Las Piñas City on March 24, 2019 officiated by Mayor Imelda Aguilar. Photo by Edd Gumban, The Philippine STAR

Fewer Filipinos are getting married and having babies during the pandemic, according to the Commission on Population and Development (PopCom).

Citing a preliminary report of the Philippine Statistics Authority (PSA) in June 2021, PopCom reported that the Philippines posted a total of 1.516 million registered births nationwide in 2020.

The figure, PopCom said, is the lowest ever recorded number of childbirths in the Philippines in 34 years. In 1986, only 1.493 million Filipinos were born. Last year’s numbers are also lower than the 2019 level of 1.675 million.

“From the PSA numbers, it is clear Filipino women are deciding to delay having children, and families are deferring, or avoiding, to have more kids, as they were made well-aware of the possible hardships and inconveniences in securing medical, as well as family planning services, since the pandemic has severely impeded health care systems,” Perez said.

The PopCom chief sees further slowdown in the trend of marriages, pregnancies and childbirths in this year.

“The number of those who gave birth between January and March 2021 was at 268,000, compared with the normal trend of 350,000. If that continues, we can see an even smaller addition to the population by yearend,” he said.

Perez, however, noted that there may be instances of delays in the registry of births, particularly in the provinces as midwives may have met difficulties in reporting them due to the pandemic.

The country’s fertility rate is currently at 2.5 births per woman, from a high of six in the 1960s, but Perez expects the situation normalizing in a post-pandemic Philippines when fertility and the steadily dipping number of marriages will see a possible rebound – similar to what occurred after World War 2.

“Filipinos will eventually learn to live with COVID. As such, we may see increased births after the era of COVID, with family planning helping couples avoid unplanned pregnancies, unlike the late 1940s and 1950s when there was no family planning program,” he said.

Concerning the decline in the number of those entering into married life, Perez said, Filipinos have become more “informal” in their relationships.

“As such, PopCom will devote a significant amount of its energies on young people who are now living together, and are having difficulty in acquiring family planning services, under its recent mandate to address the root causes of teen pregnancy,” Perez pointed out.

The government and stakeholders have scrambled to raise awareness among Filipinos on the potential risks of conceiving and giving birth during the health crisis. – With Louise Maureen Simeon