Philippine Coast Guard Vice Admiral Oscar Endona Jr. disclosed that PCG vessels or white ships with water cannons and no longer civilian ones will be used for re-provisioning of Marine troops stationed in Ayungin Shoal. 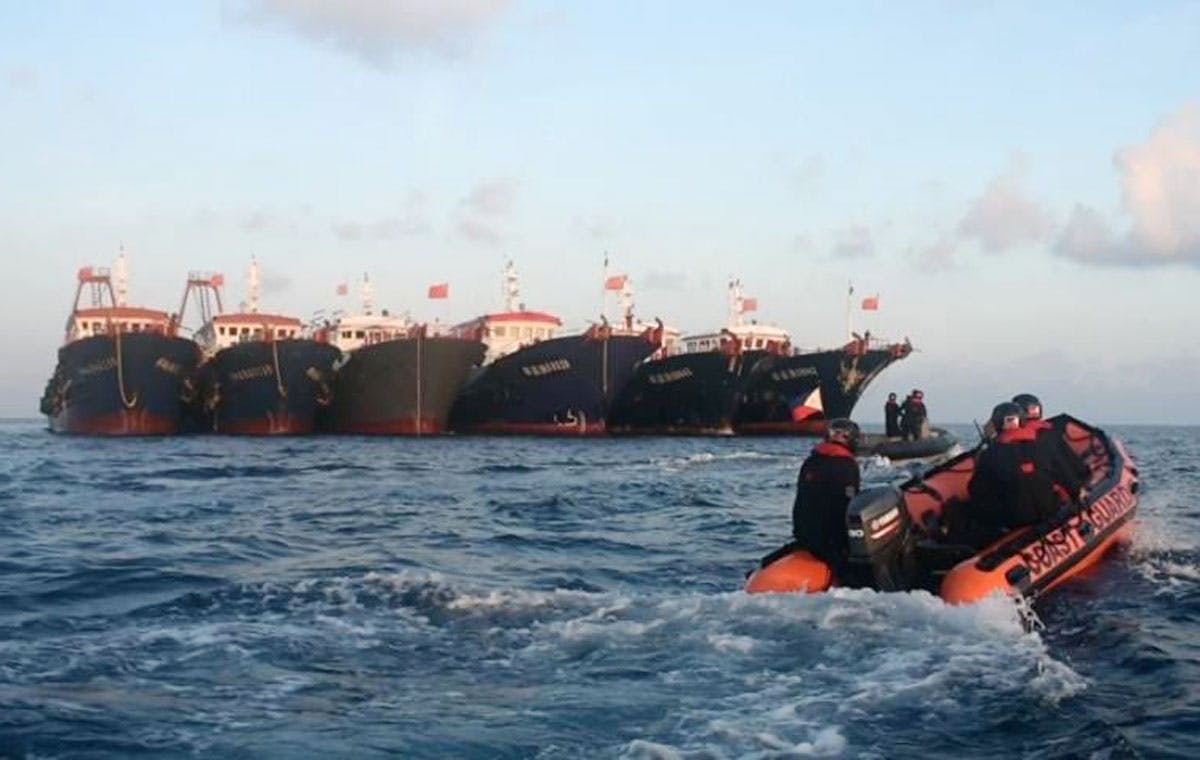 Philippine Coast Guard (PCG) vessels patrolling the West Philippine Sea will be armed with water cannons that may be needed to counter their Chinese counterparts that have used such equipment against local boats, an official told the Senate on Tuesday, Dec. 6.

“To avert the water cannon incident, the Coast Guard vessels will be re-provisioning the Marines assigned in Ayungin in (BRP) Sierra Madre,” PCG Vice Admiral Oscar Endona Jr. told the Senate hearing in mixed Filipino and English, referring to the Navy vessel beached at the shoal since 1999 and serving as an outpost.

“We’re no longer going to use civilian vessels for re-provisioning of our Marine troops, so we’ll be using the white ships already,” he said, referring to the internationally accepted color of coast guard vessels.

If its vessels are subjected to water cannon attacks, the PCG official said the PCG can respond in kind.

“Water war?” Gordon quipped, to which Endona answered in the affirmative.

Currently, PCG patrols are not frequent, given the limitations on the number and capabilities of its vessels, Endona said. However, soon to arrive from Japan are two 97-meter ships that could stay at sea for 30 days straight, he said.

Endona also proposed that the PCG strength be increased to 75,000 from the current 21,000, as he agreed with Gordon’s proposal to train qualified fishermen to be PCG auxiliaries.

Meanwhile, Sen. Risa Hontiveros said on Tuesday Energy Secretary Alfonso Cusi, in allowing a subsidiary of Dennis Uy’s Udenna Corp. to buy majority of the Malampaya gas project, may have allowed China to take control of the “crown jewel of the country’s energy infrastructure.”

The $460-million purchase of Shell Philippines Exploration’s 45% operating interest in the gas field by Malampaya Energy, a unit of Udenna, gave Uy’s company 90% control, with the remaining 10% held by the Philippine National Oil Co. (PNOC).

“Why did the Department of Energy and the PNOC allow Udenna to buy wholesale the share of Malampaya? Why did not the PNOC invoke its right of first refusal? These are all valid questions that must be truthfully answered,” Hontiveros said in Filipino.

“Secretary Cusi, are will now selling the country to China? Are we selling our strategic assets by the kilo… here in Malampaya and in Recto Bank where the DOE gave Udenna service contracts?” she said.

Hontiveros said Udenna’s motives to purchase majority control of the gas fields was suspect, given the company’s lack of financial and technical capability to run the energy source, much less ex-plore for oil and gas in Recto Bank.

She also pressed for a Senate inquiry into the deal.