Pending mediation, the Philippine Athletics Track and Field Association will not be taking any action against the country’s ace pole vaulter EJ Obiena. 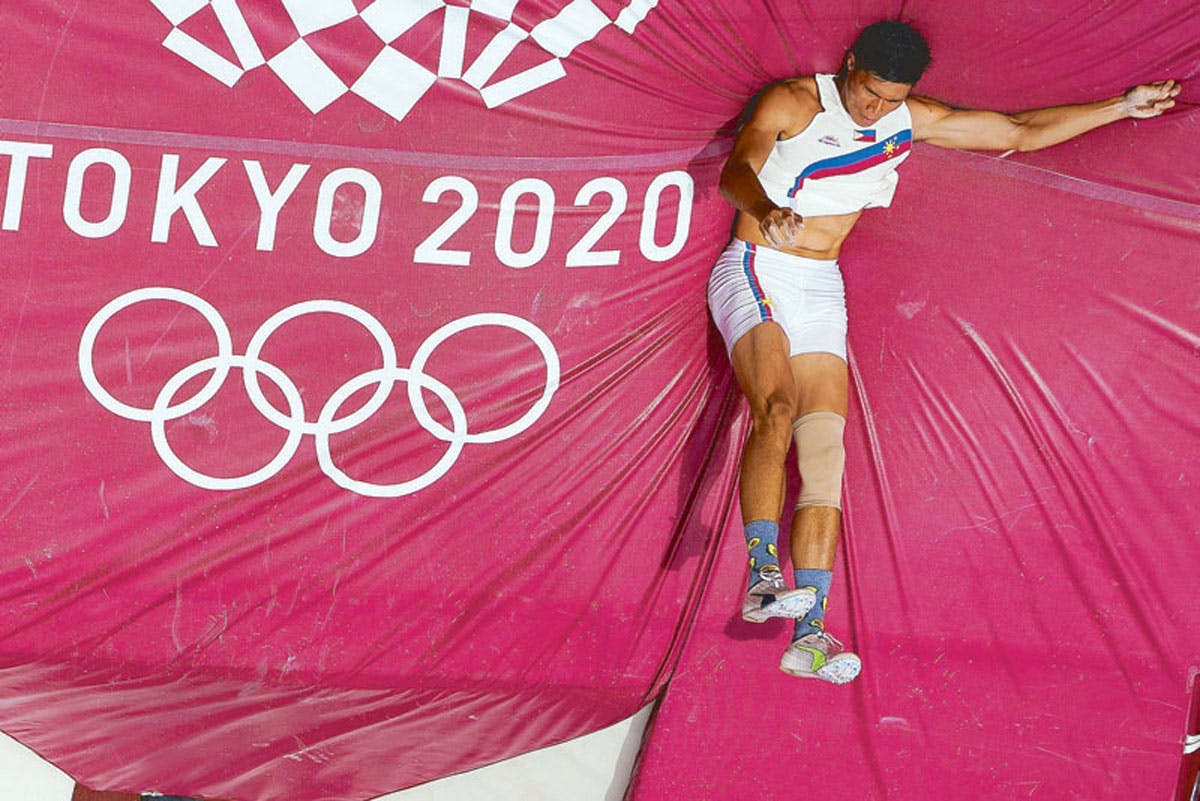 “In deference to the comments made by Malacañang and with due respect to the PSC, on behalf of the PATAFA board of directors, the PATAFA has agreed to defer the implementation of the recommendations made in the fact-finding report dated Dec. 29, 2021 for a period of two weeks,” PATAFA chairman and Cagayan de Oro Rep. Rufus Rodriguez said in a letter addressed to PSC chairman Butch Ramirez on Wednesday, Jan. 5.

PATAFA has also postponed filing an estafa case against Obiena, and a complaint against the latter’s Ukrainian coach Vitaly Petrov before the World Athletics, termination of Petrov from the national team, and the declaration of persona non grata of Obiena’s adviser James Michael Lafferty.

PATAFA took the high road hours after the PSC demanded all parties concerned to sit down, talk and find solutions to the impasse that has put Philippine sports in a bad light locally and internationally.

The Palace agreed with the PSC position to end the bickering with peaceful means.

“PATAFA strongly urges all the parties to submit to PSC mediation and explain the matter of liquidation at the said forum. The decision is and has always been consistent with PATAFA’s consent and willingness to submit to the PSC’s offer for mediation as relayed in its letter dated Dec. 7, 2021,” Rodriguez said.

At presstime, Obiena had yet to respond to the PSC challenge.

Obiena, who refused to undergo PSC mediation when it was first proposed in November last year, may finally relent as he and Ramirez have discussed the issue.

Obiena is being asked to complete his liquidation papers.

“This is a simple case of liquidation. EJ has given his partial liquidation report and the documents are now being examined and verified. This is a good step. Do not allow anyone to use those against you by getting it done. Finalize your liquidation and then you can focus on the other concerns,” Ramirez told Obiena.

The problem started when PATAFA accused Obiena of allegedly falsifying liquidation reports concerning payments to Petrov that the World No. 6 flatly denied.

The Senate might launch its own probe on the PATAFA-Obiena controversy if it is not resolved soon.

“I urge PATAFA, POC (Philippine Olympic Committee) and PSC to resolve the matter as soon as possible. Otherwise, I will be compelled to call for a legislative inquiry to find out if there are lapses and excesses on their part,” Sen. Christopher “Bong” Go, the chairman of the Senate committee on sports, said.

This developed as more lawmakers stressed Obiena should be allowed to concentrate on his training instead of being sidetracked by a threat of lawsuits for alleged misuse of funds.

“Leave EJ alone. Allow him to focus on his tournaments,” Sotto said.

“I was a national athlete too and I feel the frustration that our pole vaulter is feeling now. It’s hard to train in another country without your family and the culture that you are used to. Our athletes represent the country on a different level. They should be getting our support and not being attacked by sports associations,” he added.

Sotto said the PATAFA should have settled its differences with Obiena privately.

“The issue was handled unprofessionally. What was PATAFA thinking when it attacked our athlete? All persons involved in this mess should meet privately and resolve their issues without the glare of cameras,” Sotto said.

Meanwhile, as part of his vision of supporting promising young athletes who do not have the resources to pursue their dreams, Go earlier authored the National Academy of Sports bill in the Senate which was enacted into Republic Act No. 11470 in 2020.