May Twenty Ako: Youth-led Organization Gets To Raise P4 Million To Help The Marginalized Amid The Pandemic

This group of young people never thought that their initiative would be a huge success, but they were thankful and they realized the need to be responsible and accountable for the contributions being entrusted to them. 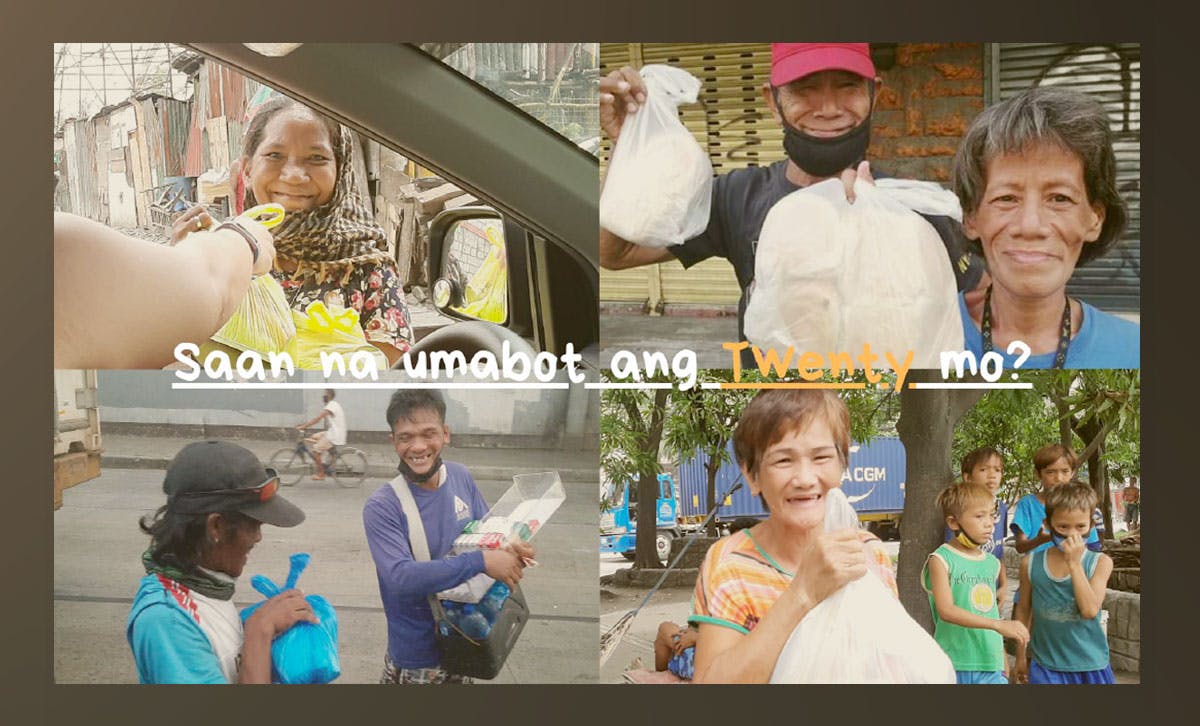 Photo shows some of the beneficiaries of the ‘May Twenty Ako’ project of 13 students who came together for a good cause.

Even the smallest peso bill, when pooled together, can make a difference during this coronavirus disease 2019 pandemic that has caused health, economic, social and other crises.

It all started with one question: “May twenty ka ba?”

This would eventually become “May Twenty Ako,” the youth-led organization co-founded by 19-year-old Charisse Parchamento in March.

In an interview, Parchamento disclosed that it was her teacher who had the idea of starting a donation drive to help the people most impacted by the pandemic.

Parchamento then encouraged her junior high school friends to establish “May Twenty Ako.”

“‘May Twenty Ako’ is a youth-led call for donation that turned into a charity organization, (which) encourages benefactors to donate as low as P20 to buy grocery items, hygiene kits for the homeless, street dwellers, informal workers. So group of friends po kami. Thirteen po kami sa grupo (We are 13 in the group),” she said. 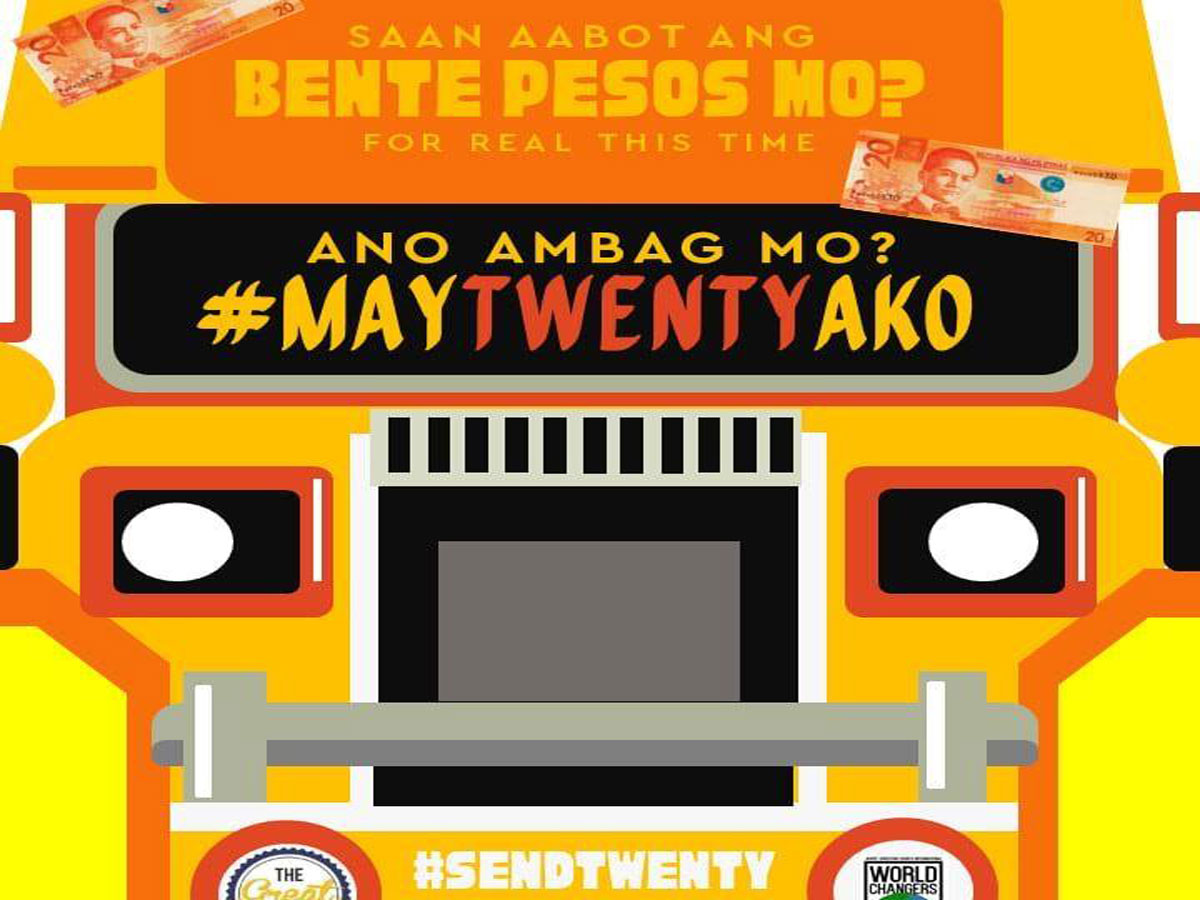 Parchamento is an incoming first year college student. She admitted that their organization originally targeted to collect only P2,000 in donations to purchase 100 pieces of hand sanitizers for the homeless.

Unexpectedly, the contributions surged to P100,000 within 24 hours.

“We believe that we are able to change the game because everybody has a spare P20 that they can allot for a good cause,” she added.

At first, the beneficiaries of the donation drive were only the homeless people in Malabon City who were affected by the implementation of the enhanced community quarantine or ECQ in mid-March.

Parchamento lamented that people without shelter and living in the streets without food could not possibly stay in quarantine and afford to buy hygiene kits to avoid being infected with the virus. 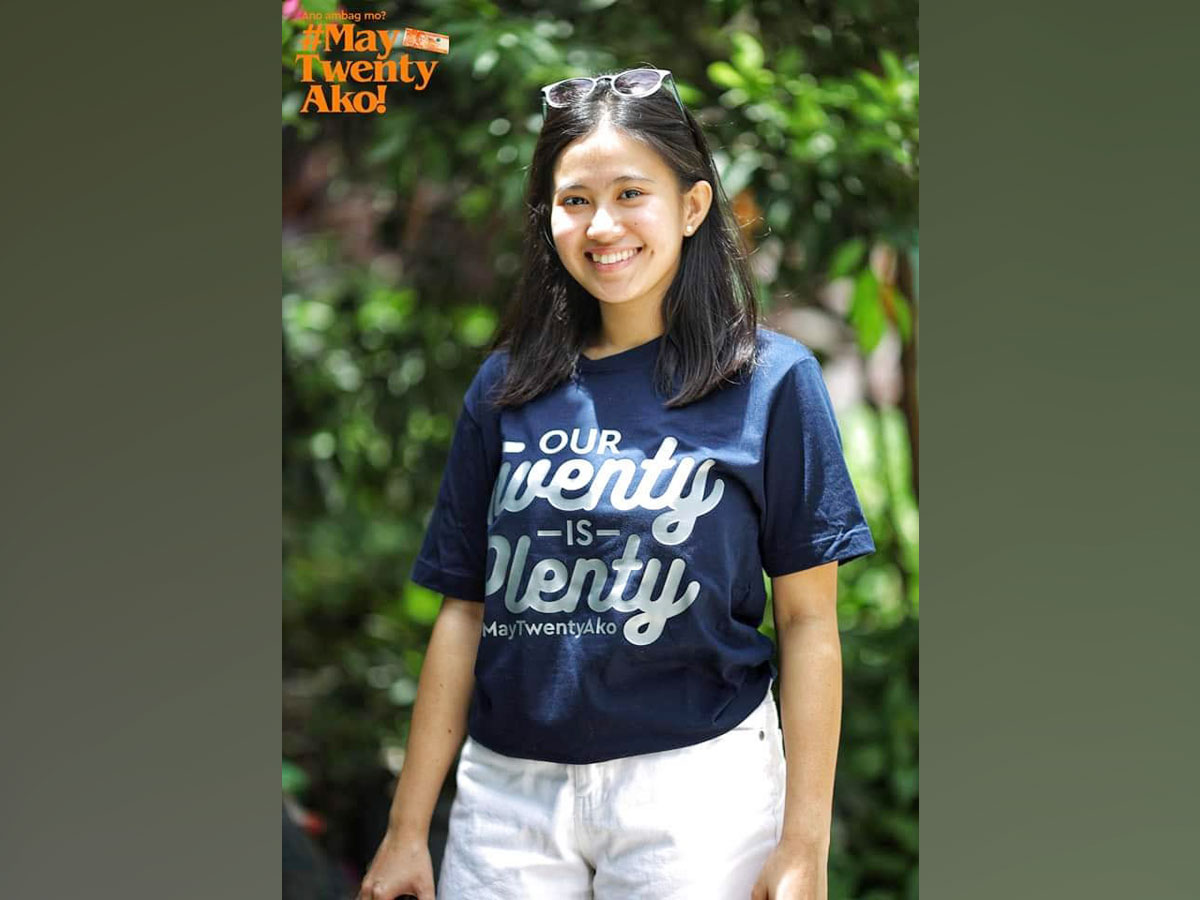 The organization used social media as platform to call for donations. Parchamento and her friends also utilized power tagging, wherein several influencers were tagged in their posts calling for donations. This enabled them to broaden their reach online to encourage people to donate.

Aside from direct monetary donations, the organization also rolled out income-generating activities to raise more funds.

Some professional and student basketball and volleyball players donated their jerseys, which Parchamento’s group auctioned on social media.

She said her group did not know the players personally, but they tried their luck by messaging the players on social media, hoping for help in the donation drive.

Through this, they were able to generate a lot more funds to give to their beneficiaries. “Ang pinakamataas po namin is 'yung jersey auctions,” she bared. 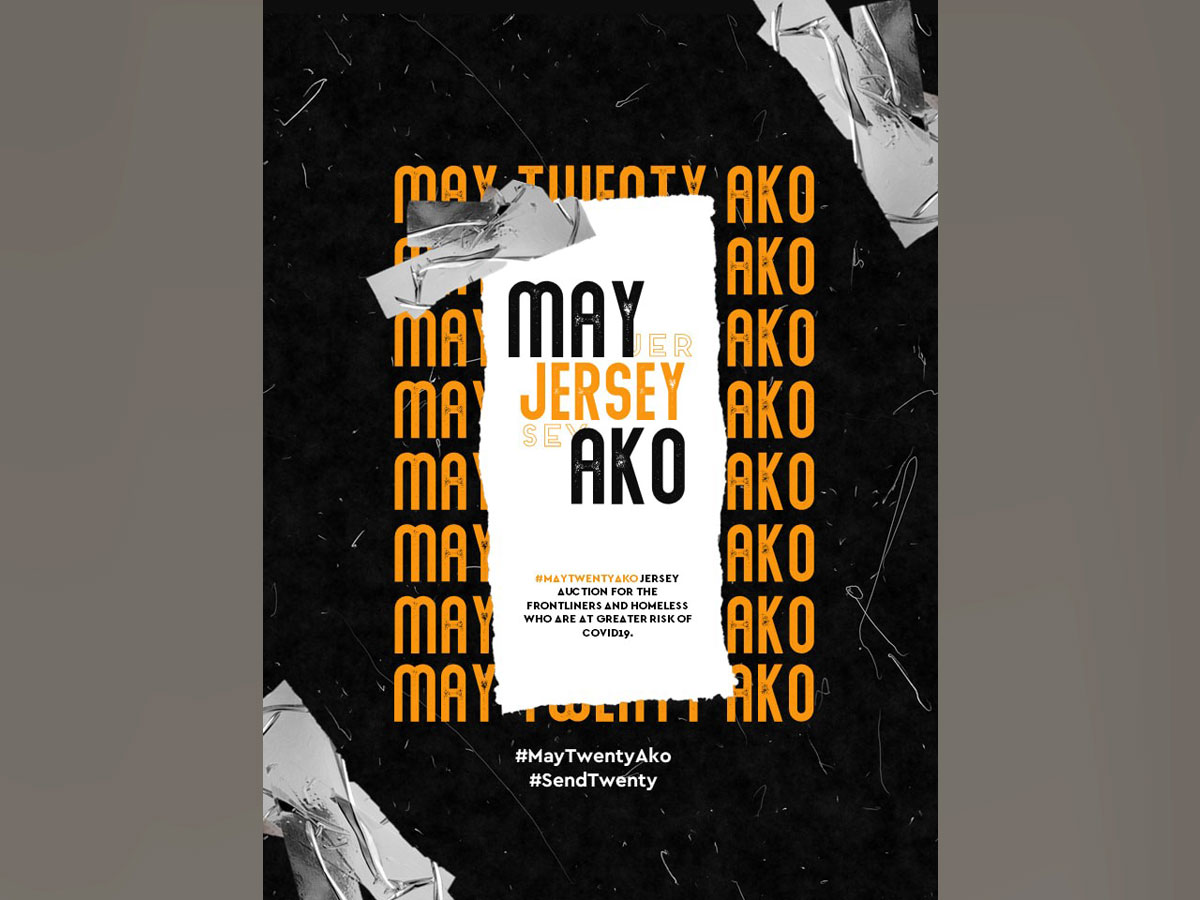 The organization also released merchandise such as mugs, T-shirts, stickers and bags.  They called this project “Our Twenty is Plenty,” which also expanded to “May Milk Tea Ako” and other revenue-generating initiatives. 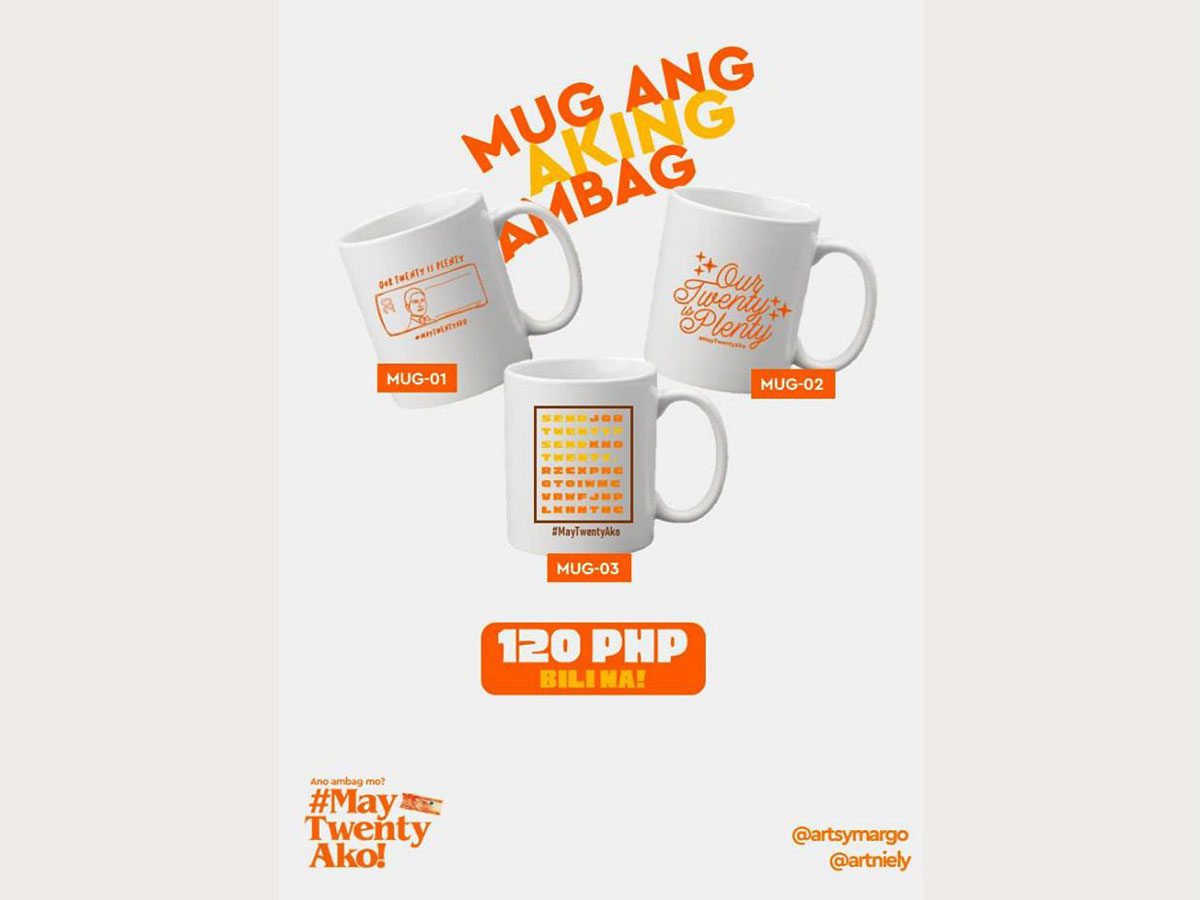 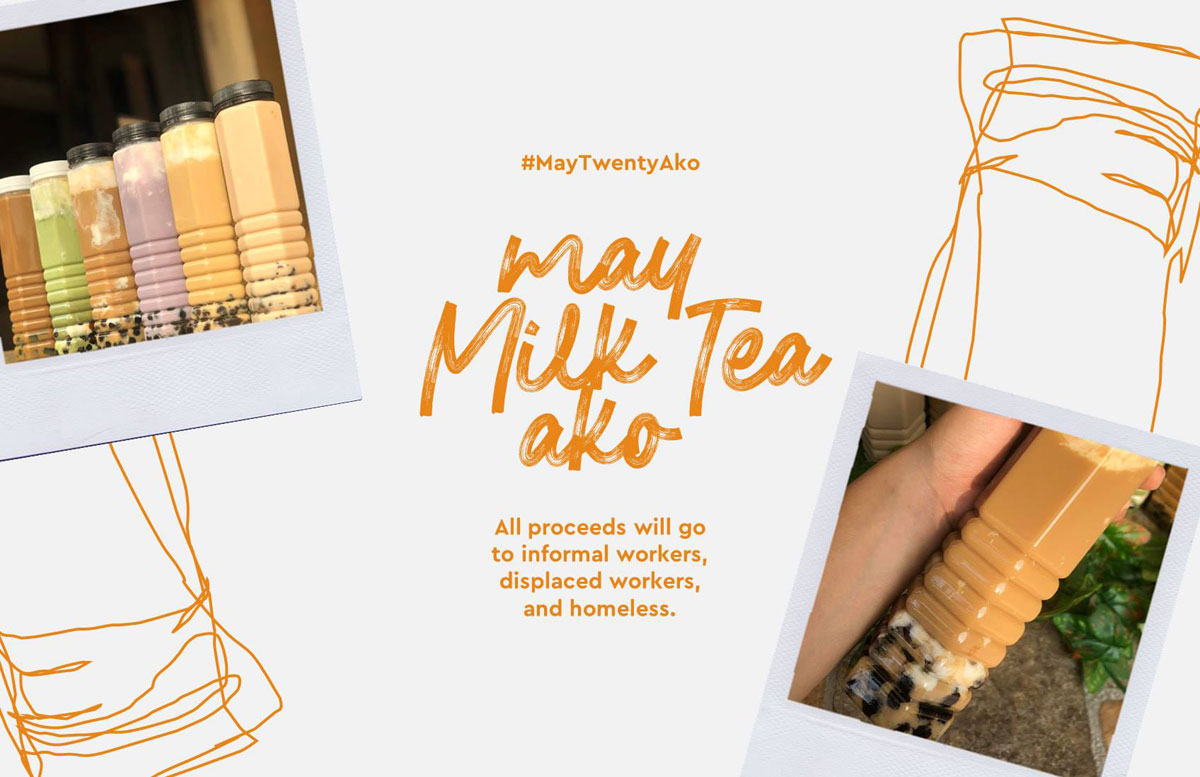 Before they knew it, they had raised P4 million by July.

Parchamento considered this a major achievement for students like them who do not have an established organization and with social media as the only platform.

And with the outpouring of support from donors, the beneficiaries have expanded as well.

Aside from homeless individuals, assistance was given to several government hospitals, jeepney drivers, public school teachers and students.

Parchamento said their organization will continue their advocacies until the COVID-19 pandemic is over.

“We plan to continue since long-term ang effect ng crisis na ’to. Napag-usapan din po namin na (We also discussed that) after the pandemic, this is not the only calamity or natural disaster that our country is going to face, so we aspire to give aid…as well,” she said.

Parchamento stressed that they always remind each other in the organization to take a break when their activities become a little heavy.

“Ngayon po we know that this is not a one-time project lang. It is a commitment at the same time. No pressure din naman po kasi this must never be a burden to us,” Parchamento declared.

She said they are also grateful to their parents who have supported them along the way, always reminding them to stay safe since they are also vulnerable to the virus. 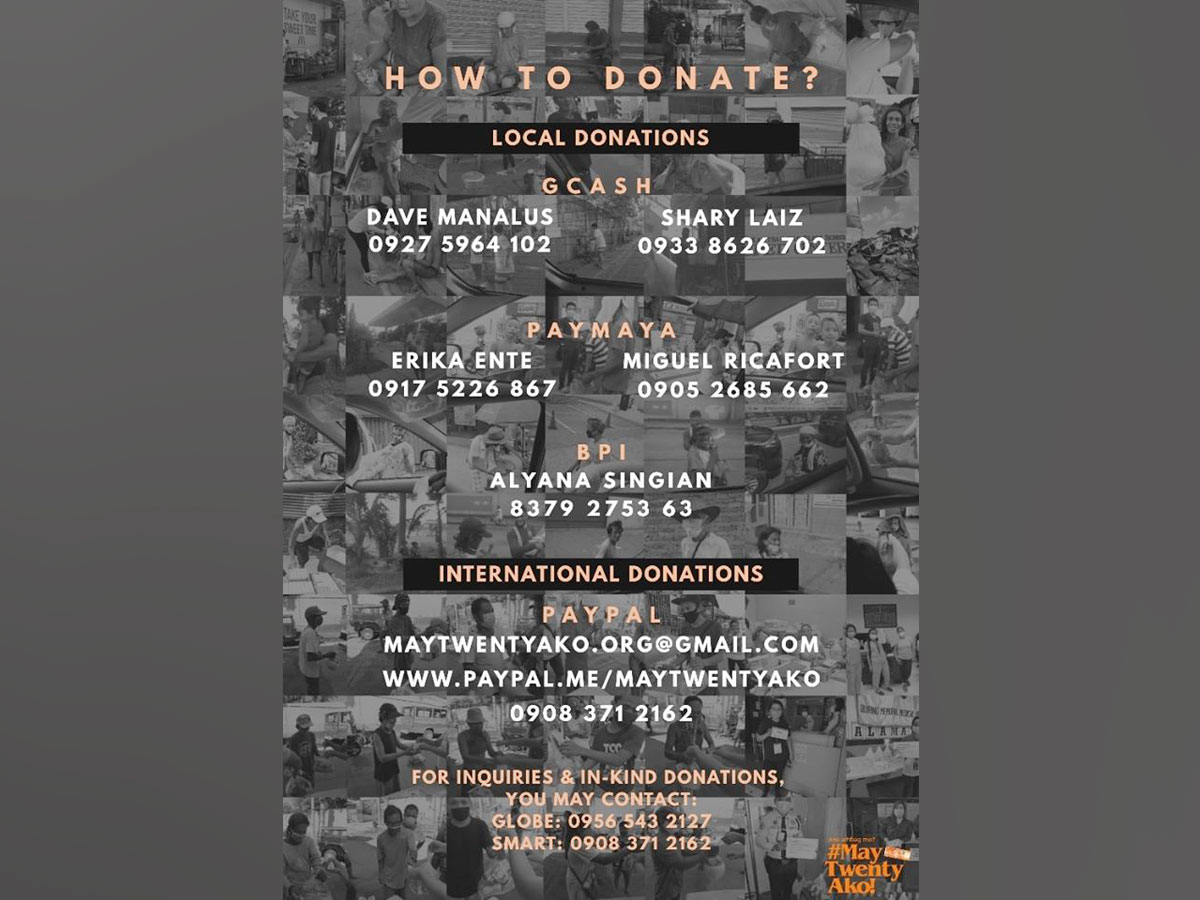 More than helping those who are in great need during the COVID-19 pandemic, the organization also wants to instill values among young people like them.

“[We want] to encourage people into volunteerism and community work. To show them the value of giving back, as well as to inspire and motivate the youth that they – we – can all do something. That all our actions, big or small, matter, katulad nga po ng (like the) P20. ’Di ba po (Isn’t it) P20 – sino’ng mag-aakalang aabot ng ganu’n kalaki ang matutulungan? (Who would have thought that it could help a lot?)” Parchamento said.

“We have to stop being apathetic and we just have to remind ourselves na we are all (responsible) for each other,” she declared.

Parchamento admitted that the organization faced challenges and difficulties before reaching more than P4 million in donations.

“Pero kung titingnan mo ’yung magagawa at ’yung matutulungan ninyo, mawawala ’yung pagod mo at mae-enjoy mo po siya. Nakaka-enjoy siya and nakaka-excite kasi alam mong worth it (But if you look at what can be done and those you can help, you will never feel tired and enjoy it. It is enjoyable and exciting because you know it’s worth it),” she said.

She also noted that they learned to be responsible amid the surprising developments. While they could not believe what was happening, they realized that they would be accountable for the donations entrusted to them to inspire and touch the lives of many.