Acting presidential spokesman Karlo Nograles said policies related to the pandemic have to be reviewed as things have become different due to the presence of Omicron COVID-19 variant. 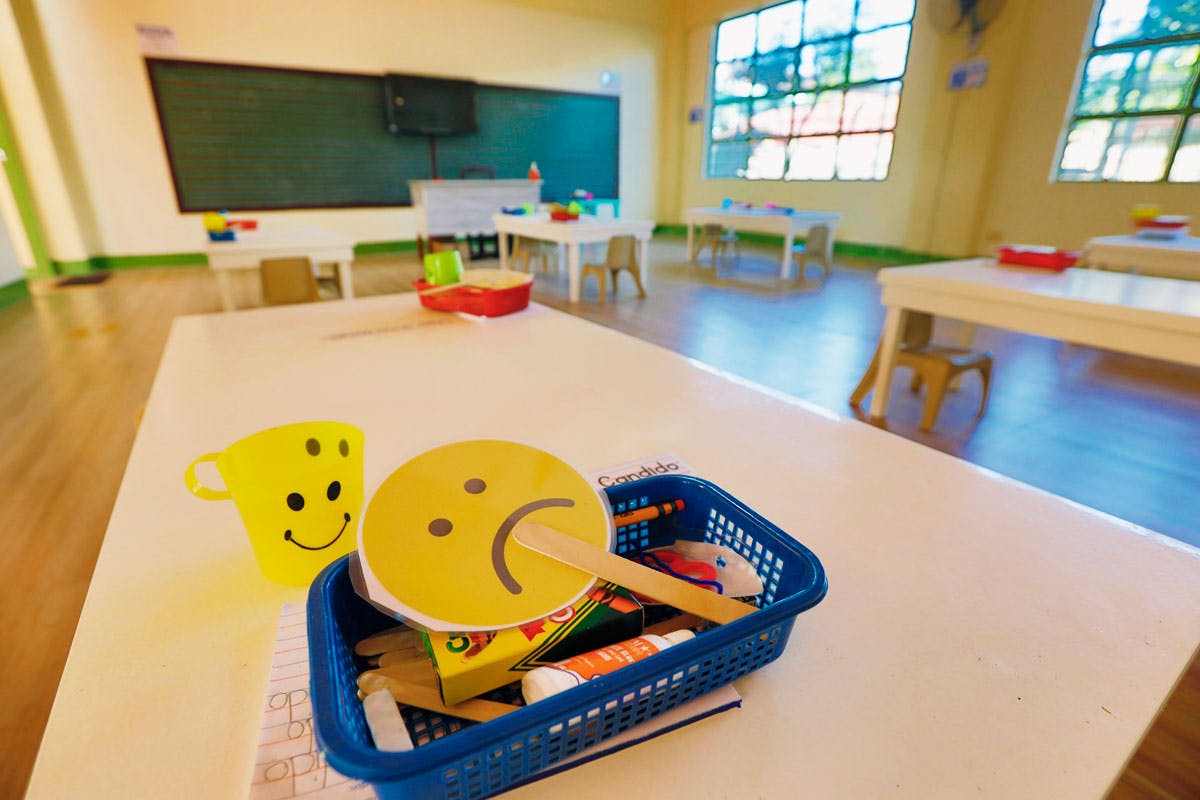 The government may revisit existing pandemic protocols, including those related to the mobility of minors, in-person classes, and travel as the Philippines grapples with the threat of the more infectious Omicron variant, Malacañang said on Monday, Jan. 3.

Metro Manila, home to more than 12 million people, was placed under the stricter Alert Level 3 starting Monday until Jan. 15 because of an exponential increase in the number of COVID-19 cases.

The capital region, which used to be under Alert Level 2, is now classified as high risk because of a high one-week growth rate and two-week growth rate, and moderate risk average daily attack rate of 5.42 cases per every 100,000 population.

Acting presidential spokesman Karlo Nograles noted that the COVID-19 protocols were approved at a time when the country had a low vaccination rate and the inoculation program was not yet open to minors.

“We have to discuss it first in the IATF (Inter-Agency Task Force for the Management of Emerging Infectious Diseases) because remember, when these rules were crafted and announced, that was the time when our vaccination rate was still low,” Nograles told ABS-CBN News Channel when asked about the protocols for persons below 18 years old.

“But right now, things are different. Right now... we are giving vaccination to (persons aged) 12 to 18... And then many of our senior citizens have been vaccinated. So, let’s wait for the announcement of IATF,” he added.

Under existing Alert Level 3 rules, persons below 18 year of age and those belonging to the vulnerable population shall be allowed access to obtain essential goods and services or for work in permitted industries and offices. Individual outdoor exercises are also permitted for all ages regardless of comorbidities or vaccination status.

Nograles, also the IATF’s spokesman, said a technical working group was scheduled to meet on Monday to talk about measures related to the pandemic. Another IATF meeting will be held today, Jan. 4, to discuss the protocols, he added.

Existing Alert Level 3 protocols also prohibit the conduct of in-person classes for basic education, except those previously approved by the IATF or the Office of the President. Nograles said the pilot face-to-face classes in Metro Manila would be affected by the escalation of the region’s status to Alert Level 3.

“We’ll have to reassess that again because the exact wording of our resolution for our guidelines is face-to-face for classes for basic education are prohibited except those previously ap-proved by the IATF or the Office of the President,” the Palace official said. “So, if it was previously approved, technically, it is allowed, but again we’ll have to make a reassessment.”

While in-person classes in elementary and high school are not permitted under Alert Level 3, limited face-to-face classes for higher education are allowed up to 30 percent indoor capacity for fully vaccinated persons and 50 percent for outdoor venues.

Nograles said the IATF has to coordinate with local governments to talk about travel protocols, testing and vaccination efforts.

“I cannot say for certain where our discussions will lead us but certainly, there are a lot of pros and cons that we have to weigh... Before, when we didn’t have the vaccines or we were coming in very slowly and vaccination was not that high, LGUs (local government units) were very strict,” Nograles said.

“So we’ll have to really engage with the LGUs again and talk about this whole thing about testing again or perhaps, maybe really ramp up, maybe what we want to talk about really more is ramping up more vaccinations, ramping up vaccination especially in the provinces and the regions with low vaccination rates,” he added.

The IATF previously announced that a technical working group led by the Metropolitan Manila Development Authority and the National Vaccination Operations Center would craft stricter measures for unvaccinated persons.

Some 57.15 million people have received their first dose while about 44 million have been fully vaccinated in the country as of Jan. 2.

Nearly 606,000 people in Metro Manila have availed themselves of booster shots.

The lawmaker reiterated the need to conduct regular COVID-19 tests on teachers, especially because they continue to report for work despite the lack of face-to-face classes. – With Cecille Suerte Felipe

Gatchalian, chairman of the Senate committee on basic education, arts and culture, said the government should protect learners from infections and should accelerate hitting its COVID-19 vaccination targets in the 12-17 age group.

In a Senate panel hearing held on Dec. 17, the DOH reported that 7.1 million out of 12.7 million minors aged 12 to 17 have received at least one dose of the COVID-19 vaccine while 2.7 mil-lion have been fully vaccinated.

The pediatric vaccination of children aged five to 11, on the other hand, is set to begin this month. Gatchalian earlier urged local government units to start preparations for the vaccination of 5-to-11-year-olds. – With Cecille Suerte Felipe