“The resumption of open-pit mining is heading our environment towards a major disaster in the making,” Pamalakaya national chairperson Fernando Hicap said. 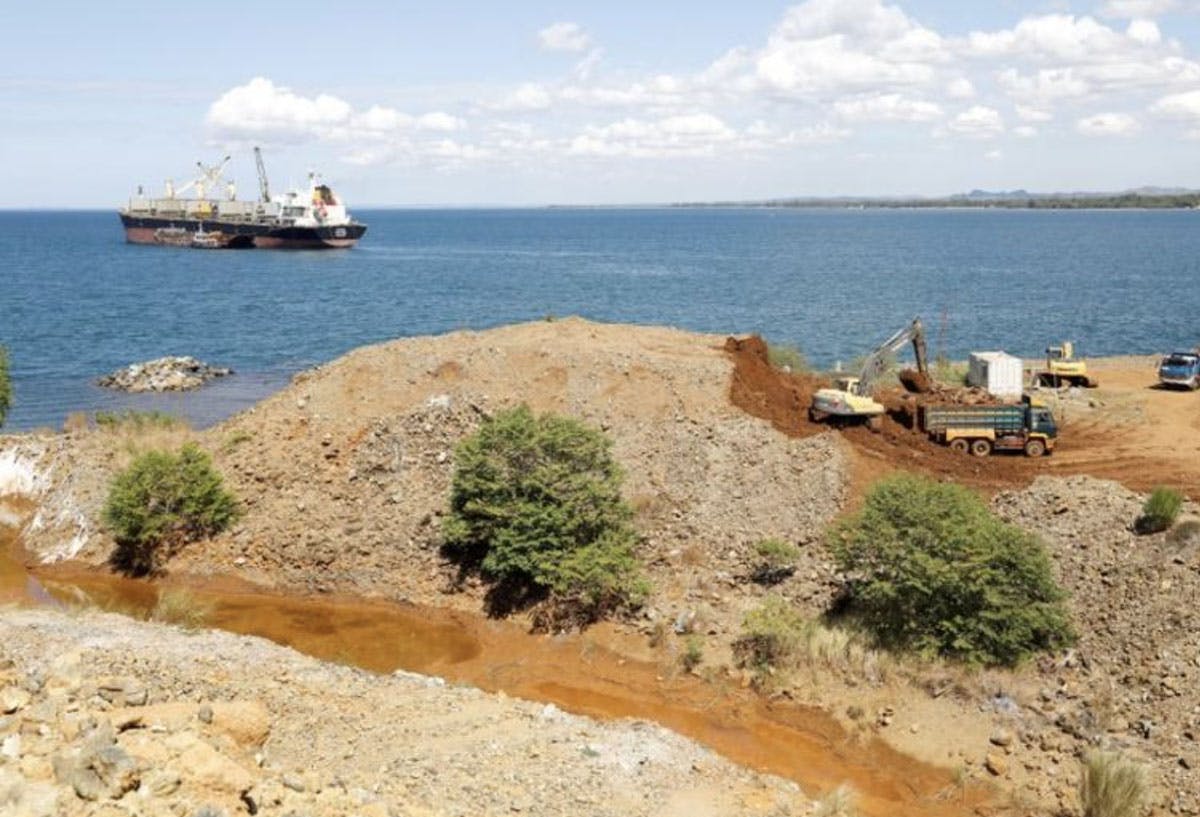 A view of nickel ore stockpiles at a port in Sta. Cruz Zambales taken on Feb. 8, 2017. Photo by Reuters

The lifting of the ban on open-pit mining has caused some uproar, with militant groups slamming the Department of Environment and Natural Resources (DENR) on Sunday, Jan. 2, for allowing the resumption of a practice that poses the risk of a “major environmental catastrophe.”

“On top of the productive farmlands, forests and fishing waters, the livelihood of farmers, indigenous peoples and fisherfolks are at stake with the resumption of one of the most destructive processes of extracting minerals,” the groups said.

“The resumption of open-pit mining is heading our environment towards a major disaster in the making,” Pamalakaya national chairperson Fernando Hicap said.

Hicap said the country’s productive agricultural and fisheries resources will be sacrificed “for this extreme greed for profit of mining corporations.”

“This order is a betrayal against the people who continue to defend their livelihood and rights to a healthy ecology,” Hicap added, noting that open-pit mining operators benefit at the cost of the people’s socio-economic rights, national patrimony, and sound and sustainable environment.

Anakpawis and Pamalakaya cited as an example of the adverse effects of open-pit mining on the waters of Sta. Cruz town in Zambales.

They lamented how the natural waters in the town have turned red due to nickel tailings from the mining operations in the mountains.

“As a result of the nickel tailings, traditional fish species that used to thrive in the municipal waters have become extinct. Moreover, the tailings have destroyed several reefs that used to be the breeding grounds of fish,” Hicap said.

“Until now, those big mining companies responsible for the degradation of fishing waters have yet to compensate the affected fishing communities,” he added.

At least four mining companies with Minerals and Production Sharing Agreements (MPSA) used to cover 12,000 hectares of mining sites in Sta. Cruz, until their operations were ordered suspended by Lopez in 2017.

With the resumption of open-pit mining, Pamalakaya and Anakpawis expressed fears that these mining companies “will resume their destructive operations in the province.”

They called on green groups, anti-mining advocates and champions of the environment “to denounce this highly objectionable move of the government that would entail sellout and destruction of our natural resources.”

This marked the second landmark policy move this year as the government tries to revitalize the industry.

In April, President Duterte lifted a moratorium on new mineral agreements imposed in 2012.

The Philippines' annual export revenue from its mineral extraction industry could increase by up to $2 billion over the next five to six years as new mining projects take off, according to the government.

The Southeast Asian country is China's biggest supplier of nickel ore and also has substantial copper and gold reserves.

More than a third of the Philippines' total land area of 30 million hectares (74.1 million acres) has been identified as having “high mineral potential,” but only less than five percent of its mineral reserves has been extracted so far, according to the mines bureau. – With Reuters