E-Sabong Must End, Dela Rosa Says As He Laments How Betting Has Become So Easy

Sen. Ronald dela Rosa believes e-sabong must stop or if not, must be strictly monitored and regulated to avoid irregularities and even crimes. 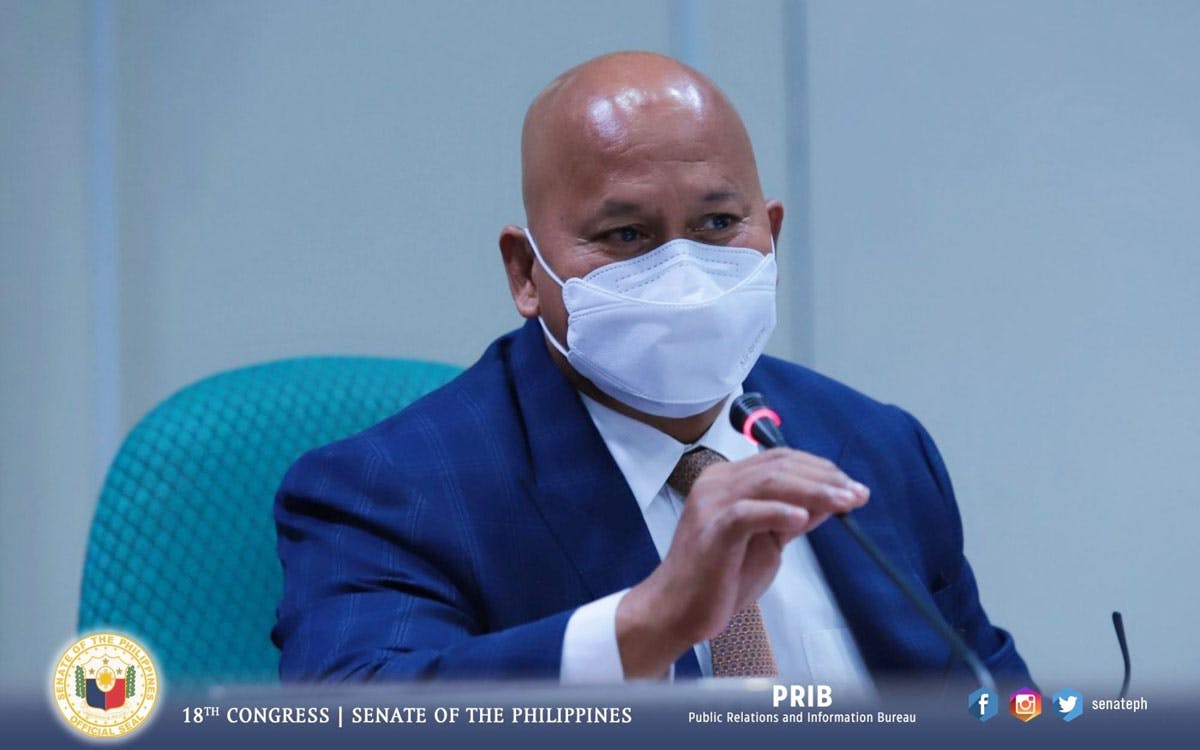 If Sen. Ronald “Bato” dela Rosa would have his way, operations of online cockfights or “e-sabong” must end right away or undergo strict regulations because of the problems arising from them.

As a devout Catholic, “that's basically immoral for me, ‘yung gambling whether legal or illegal, ayaw ko talaga pero since nandyan na ‘yan sa ating kultura na ‘yan ng ating mga kababayan, then as a human being, you adjust. Mag-adjust ka rin (Gambling is immoral for me, whether legal or illegal, I am against it but since it is part of our culture, then as a human being, you adjust),” Dela Rosa said in an interview with “Agenda” on One News on Tuesday, March 1.

“Hindi naman sa i-compromise mo ‘yung prinsipyo mo pero basically ayaw mo pero since may nakikinabang diyan, ang akin na lang is dapat i-regulate properly itong gambling (It’s not that you compromise your principles, but since people could somehow benefit from it, I think this form of gambling should just be regulated properly,” he added.

On Monday, Feb. 28, Dela Rosa and 22 other senators signed Senate Resolution No. 966 expressing the sense of the Senate to strongly urge the Philippine Amusement and Gaming Corp. (Pagcor) to suspend the license to operate of e-sabong operators and to immediately stop all activities related to it until the cases of the 31 missing cockfighters (sabungero) are resolved.

Dela Rosa said the cases of the missing cockfighters indicate that the e-sabong operations must be strictly monitored and regulated.

Dela Rosa, chairman of the committee on public order and dangerous drugs, said the Senate resolution they signed was specifically addressed to Pagcor and that President Duterte agreed to temporarily suspend the operations of e-sabong.

He disclosed they are waiting for the go signal of the President to cancel all the licenses of e-sabong operators, but Pagcor must start doing something before more people involved in cockfighting disappear.

Dela Rosa stressed this is a matter of “conscience” and disregarding the number of missing persons would show that Pagcor was concentrating “too much” on making money at the expense of people’s lives.

Pagcor itself had also conceded that with various quarantine restrictions being imposed all over the country due to the COVID-19 pandemic, people ventured on various activities – including e-sabong. But instead of just a recreation, many got hooked and that millions are already into the online betting.

Through financial technology (fintech) platforms like GCash and PayMaya, people can place bets for the e-sabong.

Dela Rosa’s committee will again conduct a hearing on the issue on Friday, March 4 and e-sabong licensees, arena management and security personnel were invited to attend.

In e-sabong, the bloody fight between two roosters is being streamed live online, and those who want to watch or participate need to subscribe to websites that exclusively stream the cockfight.

Unlike traditional cockfighting, e-sabong games can be run 24/7. Based on reports, e-sabong has become P50-billion industry that also generated 385,000 jobs.

Dela Rosa also said the grant of legislative franchises to firms conducting e-sabong may raise problems even if it is meant to regulate the industry.

Currently, Pagcor green lights the operations of such firms.

Dela Rosa said there is a question on whether e-sabong could be considered a public utility company.

He stressed it might not be logical to given a company 25 years to operate e-sabong because at present, the license of an erring operator may be canceled by Pagcor.

Congressmen voted 161-2 to approve on third and final reading House Bill No. 10199 that grants a 25-year franchise to Lucky 8 Star Quest for live broadcast of cockfighting activities and derbies through online and other similar means.

The bill also allows the e-sabong firm to construct, establish, operate and maintain on-cockpit and off-cockpit betting stations. In approving the measure, lawmakers cited the benefits to be derived from the e-sabong operations of the firm, particularly the revenue potential of offsite betting activities.