Daily COVID cases nationwide dropped to a record low of 356, the lowest since July 2020 when the Department of Health recorded only 294 cases. But Health Secretary Francisco Duque III doesn’t want the government to let its guard down. 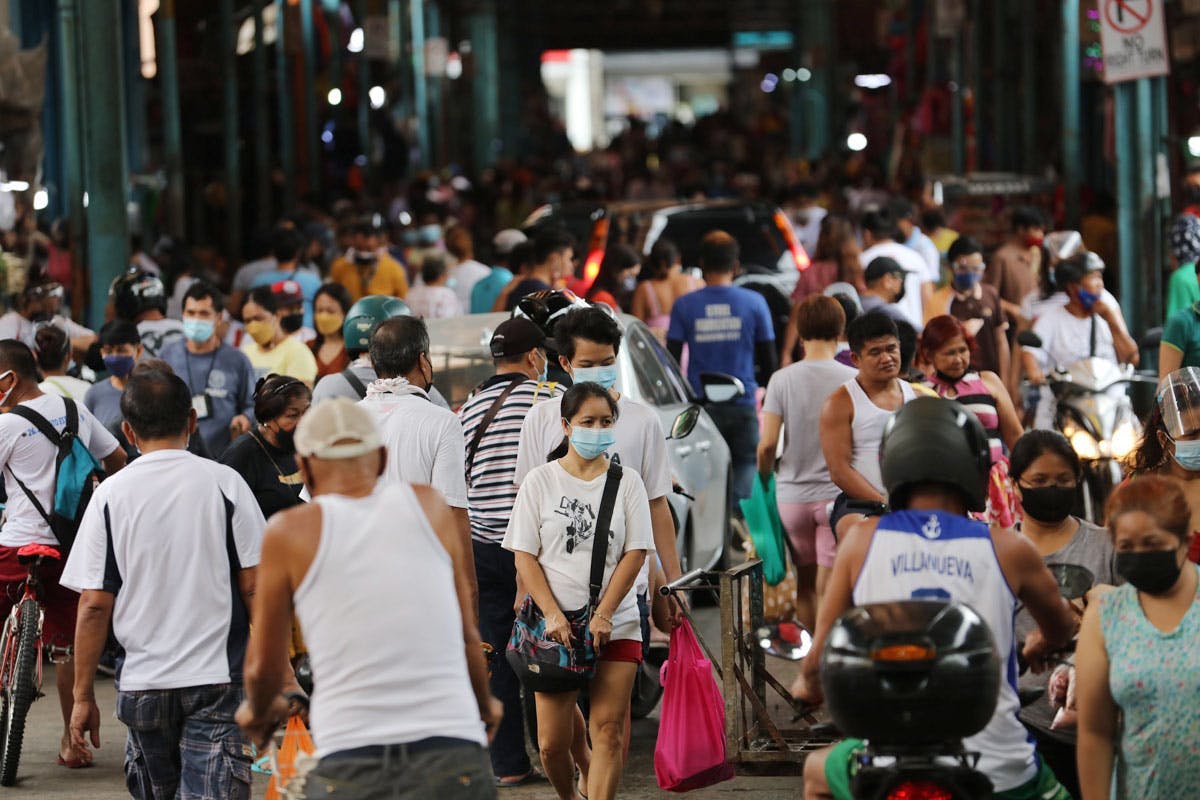 People flock to Marikina Public Market on Nov. 5, 2021 as the government places the country under much relaxed quarantine status amid the COVID-19 pandemic. Photo by Michael Varcas, The Philippine STAR

The Inter-Agency Task Force for the Management of Emerging Infectious Diseases (IATF-MEID) is set to discuss the possibility of further downgrading the alert level in Metro Manila, but Department of Health (DOH) Secretary Francisco Duque III favors the retention of Alert Level 2, considering the threat of the Omicron variant and the onset of the holiday season.

“For me, personally, it would be better if we stay at Alert Level 2 for now,” Duque said, noting the threat of Omicron and the increased mobility in many parts of the country during the holiday season.

“We have already opened a big percentage of the economy under Alert Level 2, with establishments increasing capacities up to 50% now,” Duque pointed out.

The IATF is set to meet tomorrow, Dec. 9, to discuss the alert level status.

“We will discuss that in the IATF meeting this coming Thursday. We have to get the inputs from the different Cabinet members and from the different agencies and departments, then we’ll come up with a consensus decision,” acting presidential spokesman Karlo Nograles said.

The entire country has been under Alert Level 2 since Dec. 3 as COVID-19 infections and hospitalizations dropped.

Last Monday, Dec. 6, the DOH reported that the COVID-19 classification of 13 regions in the country is now at “minimal risk” while the remaining four are at “low risk.” Until Dec. 15, the entire is under Alert Level 2 as announced by the IATF on Friday, Dec. 3. This was after the task force approved on Thursday, Dec. 2, the placing of Apayao province from Alert Level 3 to 2 from Dec. 3 to 15.

Duque also said that according to the initial assessment made by the World Health Organization (WHO), the Omicron variant appears to pose no serious threat, at least for now.

“In my meetings with WHO country representative Dr. Rabindra Abeyasinghe, he related that current data show that it only causes mild symptoms, no deaths and no increased hospitalizations due to Omicron,” Duque said, noting that the WHO “seems to indicate that Omicron is no more virulent than other variants.”

“It appears that Omicron is no different. It is almost saying that it’s no cause for alarm,” the health chief added. But Duque emphasized that the WHO findings are not yet final at this time.

“We still need to wait for additional information and data for us to be able to have a better guideline in terms of recalibrating our response,” Duque explained, as he reminded the public to get vaccinated and comply with minimum public health standards (MPHS).

“Whether it is Alpha, Beta, Gamma, Delta or even Omicron, we can overcome them if we strictly observe the MPHS and get vaccinated,” he said.

At this time, DOH is still awaiting the results of genome sequencing of a traveler from South Africa to determine whether or not the new variant has entered the country.

Daily COVID cases nationwide dropped to a record low of 356, the lowest since July 2020 when the DOH recorded only 294 cases.

However, two laboratories were not operational while six were not able to submit their data to the COVID 19 Document Repository System (CDRS).

DOH data reported that total confirmed COVID cases nationwide reached 2,835,345. Active cases stand at 13,026 while those who recovered rose to 2,772,728 with the addition of 871 new recoveries.

Additional 92 deaths pushed to 49,591 the total number of COVID-related fatalities. About 18% of the 92 deaths occurred in November and were encoded late.