The Commission on Audit did not name the 15 delinquent Philippine offshore gaming operators but said their payables were past due for one to three years. 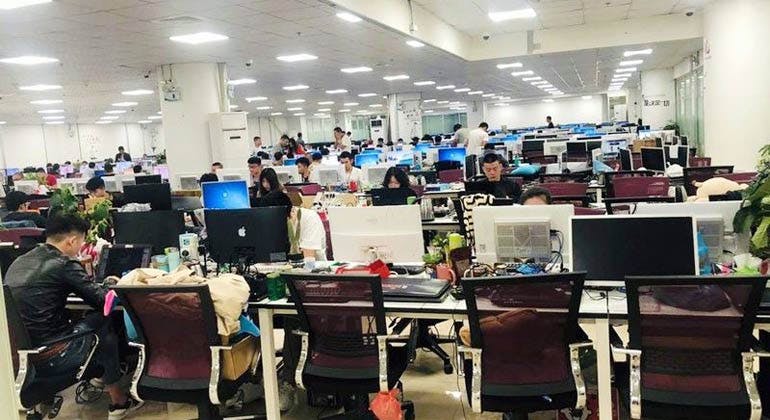 The Commission on Audit (COA) has directed the Philippine Amusement and Gaming Corp. (Pagcor) to intensify its efforts to collect receivables – amounting to P1.365 billion –from Philippine offshore gaming operators or POGOs.

“Considering the substantial amount of uncollected accounts receivable, the inability to collect thereof deprived the Pagcor of additional funds for its operations,” the COA said in its 2020 annual audit report on the state-owned gaming firm.

It did not name the 15 delinquent POGOs but said their payables were past due for one to three years.

The audit body said that, as verified by Pagcor’s legal department, the licenses of at least eight of the delinquent POGOs have been cancelled while four were under review. The department also confirmed that three other POGOS were still operating as of Jan. 12, 2021.

Its breakdown showed that the two most delinquent POGOs owe Pagcor P462.604 million and P 179.764 million, respectively, though their licenses were both cancelled on March 21, 2020.

“We recommended that (Pagcor) management direct the assistant vice president, compliance monitoring and enforcement department to update the current status of the accounts and in-tensify collection efforts to delinquent POGOs and other Pagcor contractees and licensees for the collection of long outstanding Accounts Receivable,” the COA said.

It also recommended to Pagcor to direct its Offshore Gaming and Licensing Department “to monitor the performance bonds of delinquent POGOs and forfeit the same in satisfaction of their outstanding liability to Pagcor.”

In a reply incorporated in the audit report, Pagcor said that of the P1.382 billion in total overdue accounts, P97.325 million were already approved by the Board for “restructuring” and P6.079 million were “adjusted.”

BFAR called out for P2 billion in unliquidated fund transfers

Meanwhile, COA has directed the Bureau of Fisheries and Aquatic Resources (BFAR) to demand the liquidation of P2.296-billion funds it transferred to various government agencies and civil organizations for the implementation of several projects.

In its 2020 annual audit report, the COA noted that of a total of P3.004-billion funds that the BFAR Central Office (CO) and Regional Offices (ROs) have transferred to various government implementing agencies (IAs), non-government organizations (NGOs) and people's organizations (POs) in 2020 and prior years, only 24% or P708.499 million was liquidated as of December 31, 2020, leaving a balance of P2.296 billion.

“The effort exerted by (BFAR) management has remained inadequate considering the minimal percentage of liquidation. It was noted that the overall liquidation of fund transfers during the year did not improve with only (24%) compared to last year’s (2019) liquidation of (27%),” the COA said.

“Management has not yet fully implemented the prior year’s recommendation to coordinate with the IAs and NGOs/POs concerned, enforce and monitor closely the timely liquidation thereof from the IAs, hence, the accumulation of unliquidated balances,” it added.

“Considering the length of time since the fund transfers were granted, the funds should have been expended for the intended purposes and the corresponding liquidation reports/fund utilization should have been submitted by the Implementing Agencies,” the COA said.

The audit body reminded the BFAR that under its COA Circular No. 94-013 dated Dec. 31, 1994, the IAs are mandated to submit to the source agency (SA) the Report of Checks Issued (RCI) and Report of Disbursement (RD) within ten days after the end of each month or after the end of the agreed period for the project.

The COA said the same circular also mandates the IAs to “return to the source agency any unused balance upon completion of the project.”

The audit body also cited its COA Circular No. 2007-001 dated October 25, 2007, which mandates the NGOs and POs to submit a final Fund Utilization Report within 60 days after the completion of the project.

“We recommended and [BFAR] Management agreed to direct the accountants to make proper coordination with the IAs and NGOs/POs concerned and regularly monitor projects’ status by sending confirmation letters to ensure implementation thereof and require them to submit immediately the reports on the utilization of funds and return any unexpended/unutilized funds for completed projects,” the COA said.