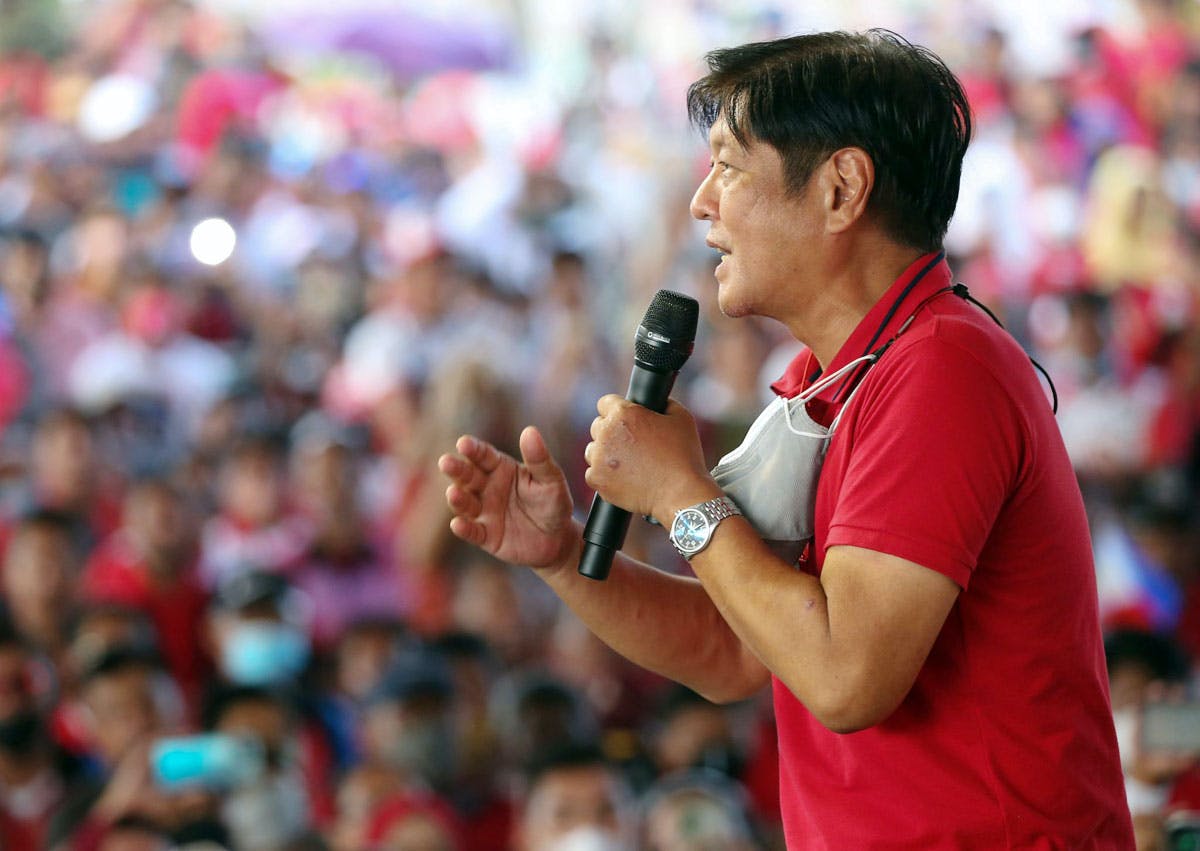 Despite lagging behind in recent pre-election surveys, the three candidates reiterated that they would not withdraw from the presidential race.

Marcos’ camp has also yet to react on Moreno’s call to Vice President Leni Robredo to withdraw from the race.

The Philippine STAR tried to get a reaction from Marcos’ spokesperson Vic Rodriguez but to no avail.

Meanwhile, the national leadership of the Kilusang Bagong Lipunan (KBL) has affirmed its support for the presidential candidacy of Marcos, following reports that some of its members, particularly in its Baguio chapter, have shifted their allegiance to Manila Mayor Domagoso.

“This is to inform the public that there is no truth to the publicized withdrawal of support of the KBL members to BBM (Bongbong Marcos), ” a press statement signed by KBL national president Efren Rafanan Sr., declared.

The KBL said on April 13 that a group of its Baguio-Benguet officers were invited to a lunch meeting at a private residence and were asked to bring their appointment papers by a fellow party official.

Several officers who attended the event explained to media members that they were kept in the dark about the reason for the meeting.

After entering the venue, the group said members of media streamed in, taking photos and videos.

The officers said they felt helpless as a tarpaulin bearing the image of Domagoso was unfurled behind them while they were raising their KBL appointment papers.

The group also showed a T-shirt, ID sling and a pack of rice given to them by the event organizer, identified as Aries Mendoza.

Rafanan said an initial investigation conducted by the KBL’s Luzon office revealed a “nationwide effort from the camp of presidential candidate Isko Domagoso to present a scenario where Marcos supporters are backing out and switching to Domagoso.”

Rafanan said the supposed move of Domagoso’s camp is “a desperate attempt to show an artificial increase in the number of his supporters and prevent the irreversible victory of BBM in this coming election.”

He added the KBL leadership is mulling to file charges against individuals responsible for the “frame up” and “vote buying” directed at their members.