‘Actual Number Of COVID-19 Cases Higher Than What Is Reported’

The Department of Health, OCTA Research and the University of the Philippines COVID-19 Pandemic Response Team said the daily case bulletin of the DOH does not include people who test positive for coronavirus using antigen testing. 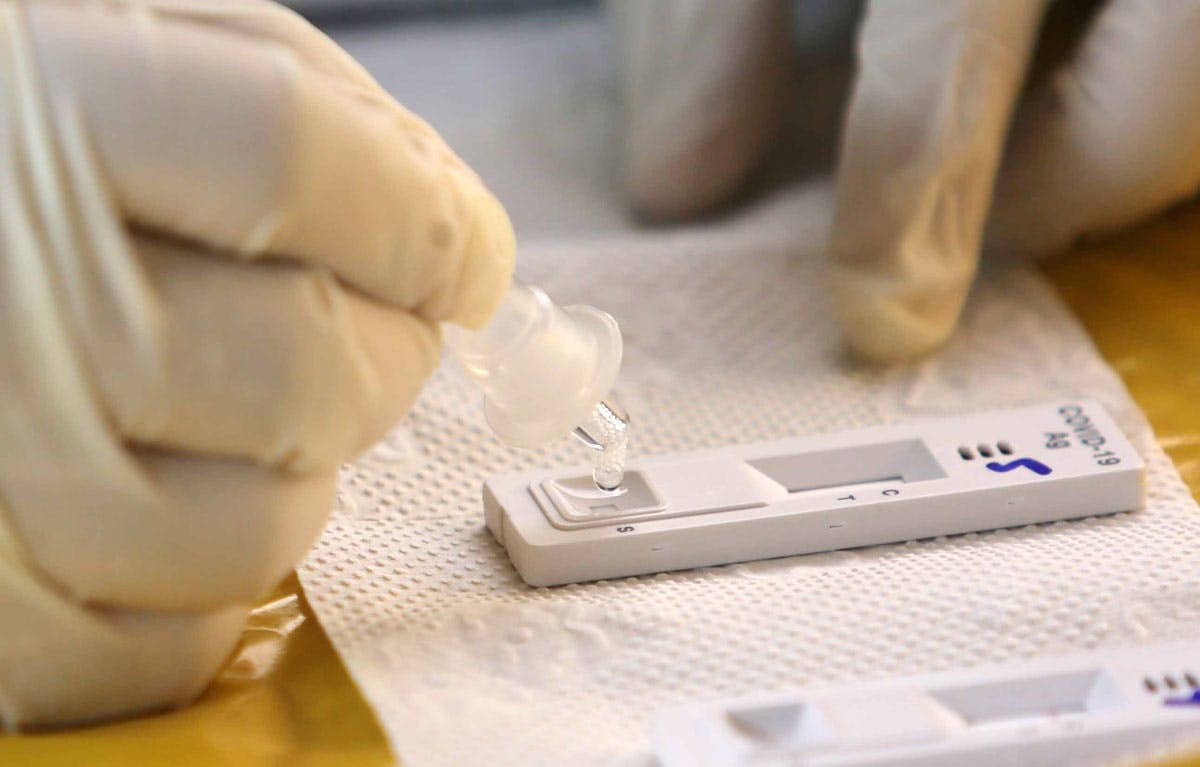 The number of COVID-19 cases in the country is higher than the actual tally of people getting infected, the Department of Health (DOH) said on Tuesday, Jan. 11.

Health Undersecretary Maria Rosario Vergeire said the daily case bulletin for COVID cases does not include those who tested positive for the coronavirus using antigen testing.

“Our antigen test kits are not included in our data of reported cases. That’s why we are saying that probably, there are more infections than actually reported,” Vergeire said in an interview with “One Balita Pilipinas” on One PH.

What are included in the daily case bulletin are the test results from the reverse transcript-polymerase chain reaction (RT-PCR), the “gold standard” for COVID-19 testing, she said.

Stating that the antigen test kits are used for “screening” purposes only, the DOH official noted most of the time, antigen tests are not used properly and “give false reading or results.”

“So we cannot just include them in our data” as they need validation by the national government, Vergeire said.

OCTA Research fellow Guido David told “‘Wag Po!” on One PH on Monday, Jan. 10, that the actual number of cases could be five times higher than what is being reported by the DOH.

David said there’s a mathematical procedure to determine the estimated number of cases. He previously noted that underreporting was not intentional, only that the DOH could not possibly cover all of the tests that would yield positive results.

On Jan. 4, a University of the Philippines professor said it is possible for the country to have 200,000 to 400,000 cases of COVID-19 if the asymptomatic people will be tested and included in the daily reports of the DOH.

As confirmed by Vergeire, professor Jomar Rabajante of the UP COVID-19 Pandemic Response Team said the daily bulletin being released by the DOH only includes results of RT-PCR tests nationwide. Antigen tests are not counted and so are the other cases that are no longer reported to authorities and the asymptomatic ones.

Rabajante had said “our projections show that the possible peak” of 20,000 to 40,000 cases a day may happen between mid-January and third week of February. But it turned out these projections were only 10 percent of the possible cases.

It is the country’s second highest tally, following the 33,169 cases recorded last Jan. 10.

Meanwhile, the positivity rate was pegged at 45.7 percent among the 63,903 samples tested.

Amid the massive increase in COVID-19 infections, President Duterte is optimistic that Filipinos will overcome the pandemic as long as they get themselves vaccinated.

“You know, we are a strong nation and we still have that spirit for our – we love the Filipino so I think we can overcome this,” Duterte said during a meeting of the government’s pandemic task force last Monday, Jan. 10.

“Do not think twice. We can overcome this. Just avail of the vaccines,” he added.

Duterte admitted that the pandemic situation in the Philippines is “becoming more alarming every day.”

He noted that the new cases of COVID-19 continue to rise daily in unprecedented numbers, but assured the public that the government is undertaking measures to address the problem.

“You know, other writers (depict a) doomsday. They only highlight our weaknesses... We are doing what we can. Humanly possible, we will do it. That’s our job,” he said.

The Chief Executive said the government is working to increase the bed capacity of public and private hospitals in Metro Manila and surrounding areas.

“Our One Hospital Command Center is also to work on a real-time updating of our health systems capacity based on functional bed capacity, (taking) into consideration the number of available health works,” he said.

Duterte also cited the need to limit the movement of unvaccinated persons, increase the RT-PCR testing capacity in the National Capital Region (NCR) Plus, and ensure that laboratories are operational seven days a week. NCR Plus is composed of Metro Manila and the nearby provinces of Bulacan, Cavite, Rizal and Laguna.

Duterte also ordered the DOH to allocate more funds to improve the Philippines’ COVID-19 testing capacity. There are 312 laboratories conducting RT-PCR tests nationwide, according to the agency.

The President reiterated his appeal for Filipinos to avail of COVID-19 vaccines, noting that the jabs provide them protection against the virus. He directed the National Vaccination Operations Center to increase vaccination rates outside Metro Manila as soon as possible.

“I really do not know how to do this, but I have been pleading, almost on bended knees, for our citizens to get the vaccine. To those who are not yet vaccinated, we have several vaccination centers to choose from,” Duterte said.

As of Jan. 11, about 53.39 million persons have been fully vaccinated while 3.85 million have received their booster dose. The Duterte administration aims to inoculate 90 million Filipinos before the end of June. – With Alexis Romero