A nurse at the Philippine General Hospital received much appreciation on Facebook as she recalled how she and the other health workers managed to save all 35 babies under their care when a fire broke out at the medical facility on Sunday. 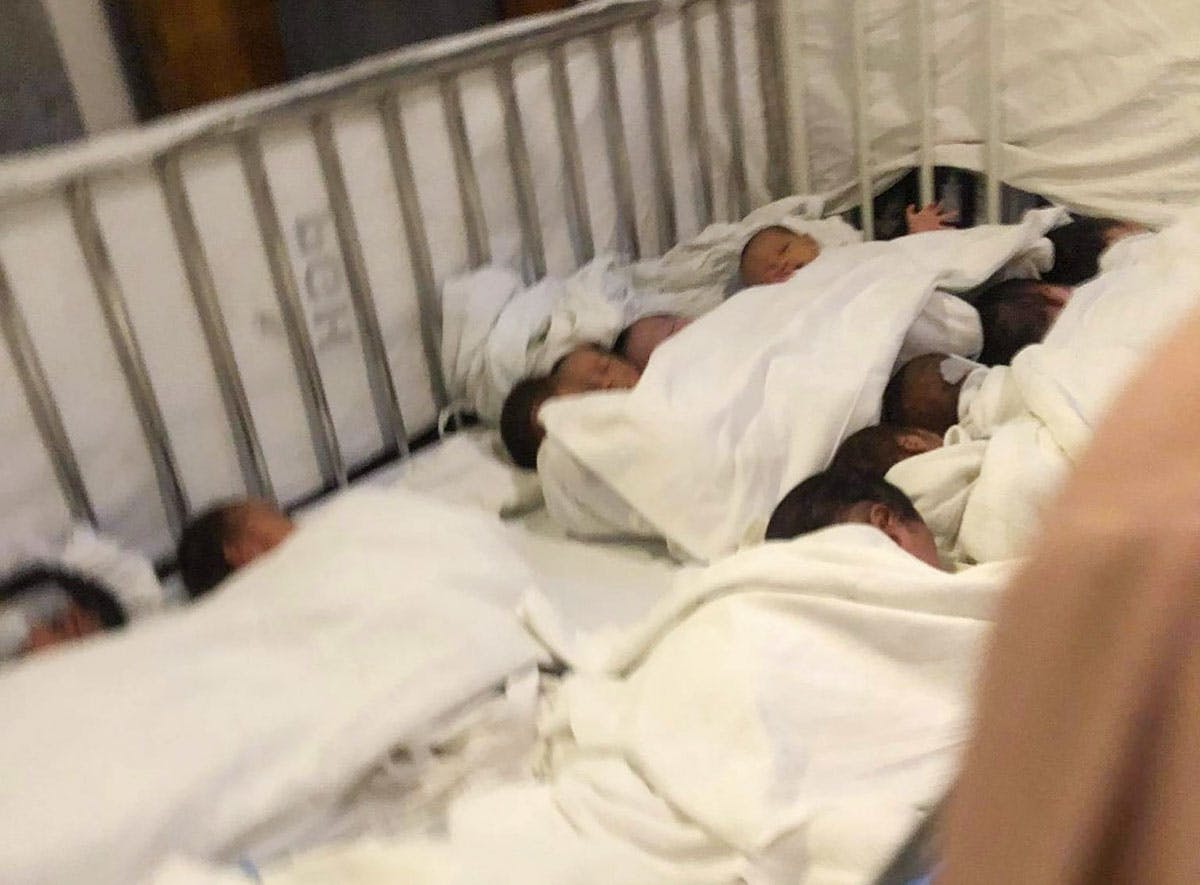 Photo posted on Facebook by nurse Kathrina Bianca Macababbad shows some of the 35 babies who were saved from the fire that hit the Philippine General Hospital on Sunday, May 16, 2021.

Kathrina Bianca Macababbad, a nurse at the neonatal intensive care unit (NICU) of the Philippine General Hospital, wrote this on Facebook as a fire hit the medical facility on Sunday, May 16.

According to Macababbad, she was having a good time giving the babies under their care a bath when somebody opened the door and informed her to prepare to evacuate because fire broke out.

Five of her six patients were on ventilators, the nurse said, and it was heartbreaking  to think that they would be left behind, along with those intubated.

Upon reaching an open area, Macababbad said she and another nurse – Jomar Mallari – went back to NICU to evacuate the babies on ventilators.

Macababbad admitted she did not know what gave them their courage to do such thing as she even managed to bring emergency equipment in an eco bag that she was carrying for the sake of the babies.

On their fifth time to go up to the fourth floor where NICU is located, power supply was cut along with the oxygen supply for those intubated, thus the need for them to bring down even those intubated and ensure their safety.

“35/35 NICU babies including critical and intubated were saved!” she declared.

In her Facebook post, Macababbad also thanked the doctors, other nurses and workers at the PGH, as well as the firemen, for keeping everyone safe.

Firefighters were able to put out the blaze early on Sunday and no casualties were reported in the fire at the government-run hospital.

On Twitter, Vice President Leni Robredo made an appeal for "big, industrial fans" to clear the smoke caused by the fire.

Malacañang encouraged the public to donate to the cause of helping PGH after the fire spread through one of its buildings.

“We are saddened by the fire that hit a portion of the (PGH)...Hospital operations continue even as repairs are ongoing,” presidential spokesman Harry Roque said in a statement.

Roque thanked the people who immediately responded to the call for emergency donations to the PGH.

“Big or small, cash or in kind, these acts of kindness and generosity would be of great help and assistance to those who are in need. Kindly send them to the official fundraising groups of the state-run hospital. Bayanihan para sa PGH,” he said. 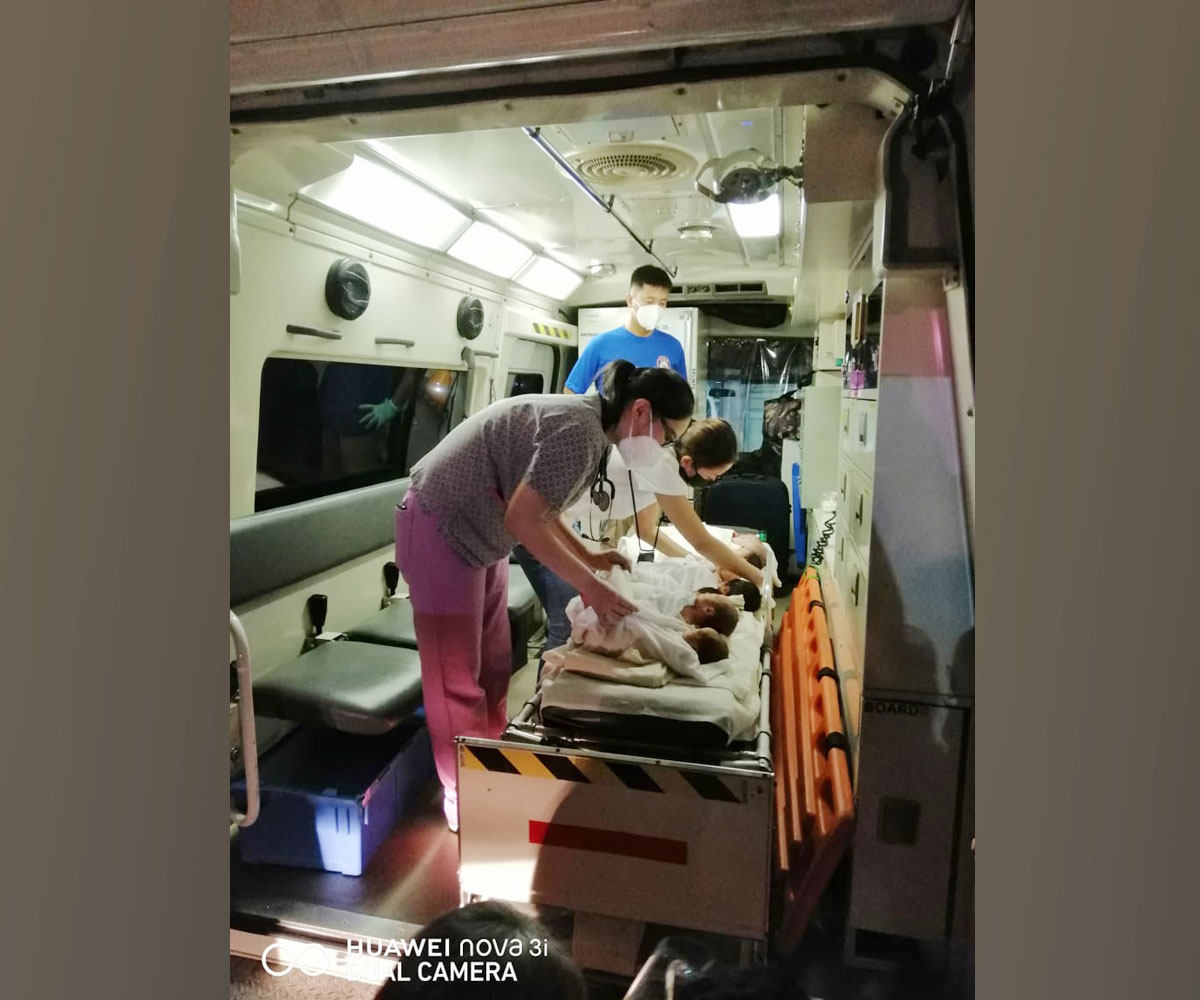 In various radio interviews, PGH spokesman Jonas del Rosario said the fire started a little past midnight on the third floor of the PGH central block, specifically at the operating room sterilization area which also served as storage for hospital linen.

He bared that a member of the staff tried to put the fire out with a fire extinguisher, but failed.

By 1 a.m., the fire reached the second alarm, then placed under control by the Bureau of Fire Protection at 2:46 a.m. before being put out at 5:41 a.m.

No one was reported hurt, but damage to property was initially pegged at P300,000.

Del Rosario said smoke spreading through the third floor engulfed the upper levels of the building up to the seventh floor, prompting an immediate evacuation.

At daybreak, the PGH temporarily closed its emergency room and ceased from admitting patients. Pediatric patients were transferred to private hospitals.

“We were forced to use the ER (emergency room) as we used it as an evacuation center for displaced patients,” Del Rosario told a radio interview as he appealed for understanding.

Coronavirus patients were evacuated separately from non-COVID-19 patients to avoid transmission of the disease, he added. The hospital has 150 COVID-19 cases.

Intubated patients were relocated to another intensive care unit ward in the hospital, while the rest of the COVID-19 patients were temporarily housed in another ER, Del Rosario said.

Sen. Joel Villanueva appealed to Malacañang to tap P19.445 billion in unused 2020 and 2021 “calamity funds” to finance the immediate repair of the fire-damaged portion of PGH.

“The PGH should be repaired in the same way that it treats patients – urgently – and the available balance of the Calamity Fund for the two fiscal years can make this possible,” Villanueva said.

He stressed that it is not only the PGH and its patients who suffer but the public, too, since its reduced operational capacity would “aggravate the chronic bed shortage for patients with severe COVID-19 and others, like those with cancer, who seek treatment.”

“A double calamity,” Villanueva said of the incident. “That is the only way to describe the plight of COVID-19 patients ending up as fire victims.” – With Mayen Jaymalin, Paolo Romero, Marc Jayson Cayabyab, Pia Lee-Brago
Latest News