Bacolod City Mayor Evelio Leonardia, president of the League of Cities of the Philippines, says cities should be allowed to buy the brand of COVID-19 vaccine that their constituents will likely accept. 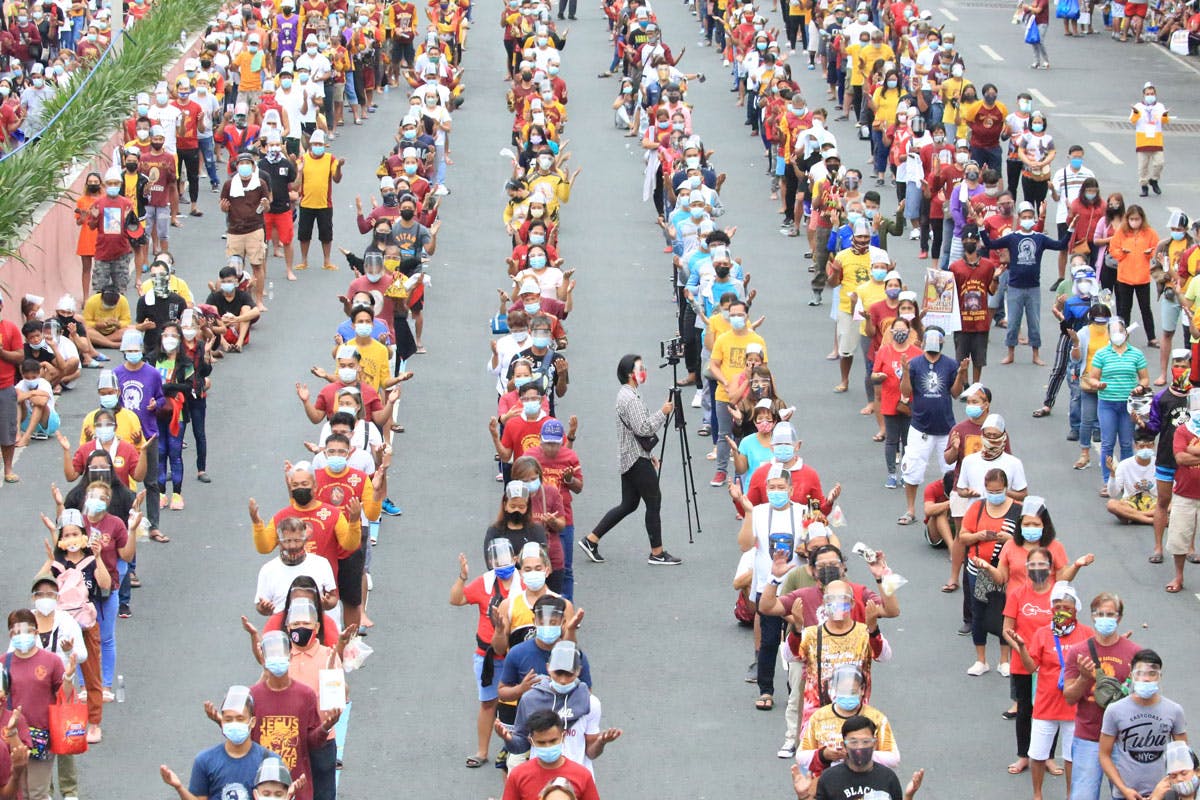 Hundreds of thousands of devotees join the “Traslacion” or annual grand procession of the image of the Black Nazarene on its Feast Day on Jan. 9, 2021 amid the coronavirus pandemic. Photo by Edd Gumban, The Philippine STAR

The president of the League of Cities of the Philippines has called on the national government to allow the more capable cities to procure the vaccines they prefer based on their specific circumstances and focus on the local government units (LGUs) that are less equipped to negotiate their own agreements.

Bacolod City Mayor Evelio Leonardia said this as he announced that the city had closed a deal with British-Swedish pharmaceutical company AstraZeneca plc for the supply of 650,000 doses of its vaccine against the coronavirus disease 2019 (COVID-19). At two doses each, this could inoculate 325,000 persons, or almost half of the city’s population.

“We have to choose which vaccines should we prefer… The distribution of this vaccine should be also in accordance with the preferences and probably the capabilities in terms of financing, in terms of funding, of the local government unit, that has to be considered,” Leonardia told “The Chiefs” on One News / TV 5 on Monday night, Jan. 11.

He pointed out that city governments are the ones that can determine “what exactly do we want” and where the vaccines can be stored.

The vaccine developed by the US-based Pfizer Inc.  and BioNTech SE requires cold storage facilities at minus 70 degrees Celsius, so Bacolod City and several other LGUs opted for AstraZeneca’s vaccine, which was shown to have a 70 percent efficacy rate but can be stored at normal refrigeration.

On the issue of financing, Leonardia said that “as a matter of policy,” his city was “ready to go for broke” and could afford “to augment, to supplement, to realign anything and everything in our budget” to ensure that residents are inoculated this year.

Leonardia noted the national government may be better off assisting the local government units that face these logistical and financial challenges. “It will depend on circumstances like this. Suppose this vaccine may need this kind of refrigeration which those in provinces may not have, there is no sense sharing that with us.”

At the same time, Leonardia cited “cultural” concerns in asking that city governments be allowed to deal with AstraZeneca. He said they must consider which among the available brands  will be most likely accepted by their constituents.

He emphasized the need for public confidence, noting that throughout the Philippines and even other parts of the world, “the acceptance or the trust level of the vaccines is not that high yet.”

But Leonardia admitted that it would still be the national government that calls the shots.

He expressed belief that the national government will “adhere” to the vaccine supply deals already closed by local officials with AstraZeneca.

Leonardia pointed out the agreements of LGUs were “multilateral” and involved national government agencies, such as the Department of Health, the National Task Force Against COVID-19, and the Food and Drug Administration (FDA). “We believe so that they will adhere to the terms and conditions of this agreement.”

“In the end, it will rest on the national government on how to do the trafficking, or coordinate the rationing of these vaccines,” he added.

During the Jan. 11 legislative inquiry into the status of vaccine procurement, senators called on the national government to let go of its “monopoly” and allow the LGUs and the private sector to negotiate their own supplies if they prefer. 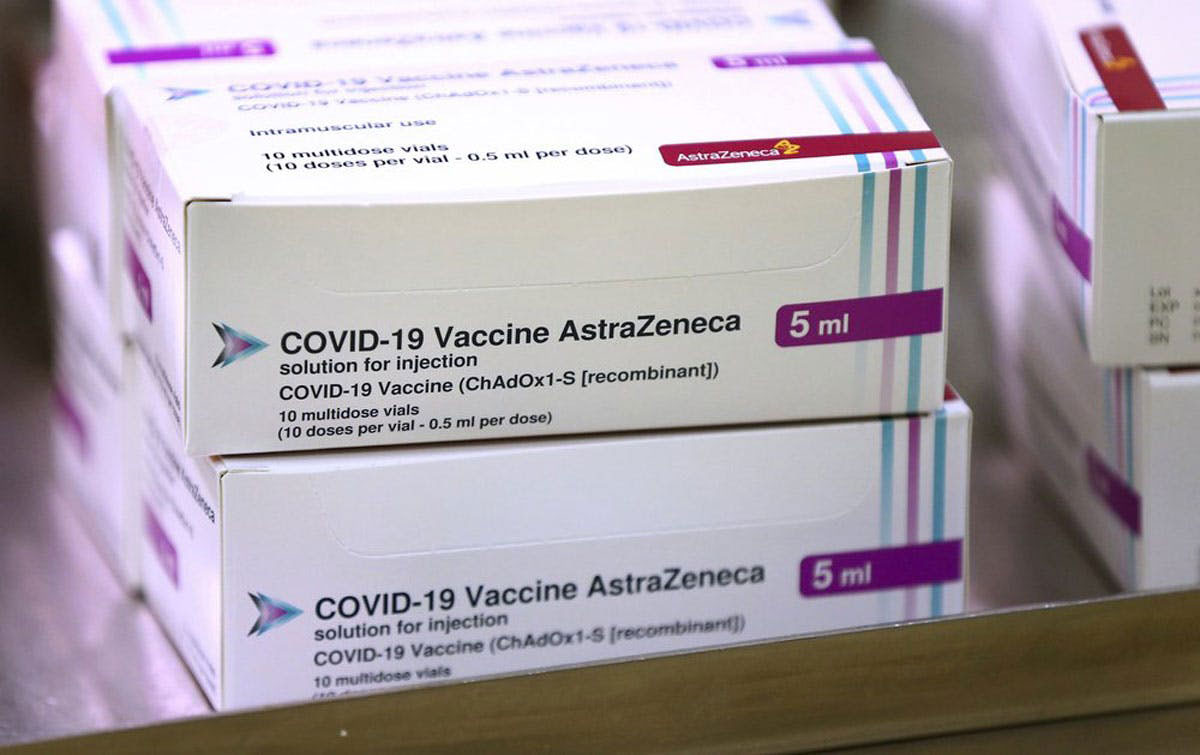 But FDA director general Eric Domingo reiterated that the emergency use authorization (EUA) for the vaccines – for which Pfizer, AstraZeneca and Russia’s Gamaleya Institute have pending applications – does not cover commercial use by the LGUs and the private sector.

He insisted that this was meant to avoid unwarranted complications, especially as the vaccines were developed very recently and would have to be monitored very closely through the national government’s immunization program.

“Since parang hindi pa tapos ang development ng produkto at gagamitin mo na, kailangan very close ang monitoring at surveillance tsaka kontrolado ang paggamit nito (Since the development of the product is not yet finished and you need to use it, the monitoring and surveillance must be very close and the use must be controlled),” Domingo said on “Ted Failon at DJ Chacha sa Radyo 5,” which also airs on ONE PH, on Tuesday, Jan. 12.

He added that centralizing the procurement of vaccines in the national government would ensure equity among LGUs.

In sum, these announced purchases account for at least 6.24 million doses, enough to vaccinate 3.12 million people as each person should receive two doses ideally. The Philippines’ population is estimated to be over 109 million.

Pasig City also announced that it was in the process of procuring 400,000 doses from AstraZeneca, while Davao City said it was in talks with the same company for an unspecified number of doses.

Presidential spokesperson Harry Roque, in his briefing on Monday, Jan. 11, complained about those worried about the safety and efficacy of China-made vaccines, saying “hindi naman po pupuwede na pihikan dahil napakadaming Pilipino na dapat turukan (we cannot be choosy because so many Filipinos need to be vaccinated).”

Roque said those who prefer vaccines that have gone through full trials, singling out that of Pfizer, showed “colonial mentality.” He announced that the vaccine developed by Chinese drugmaker Sinovac Biotech Ltd. would be the first to arrive in the country by February.

Anthony Leachon, a special adviser to the Inter-Agency Task Force (IATF) for the Management of Emerging Infectious Diseases who was made to resign in June for criticizing the government’s unfocused actions on the pandemic, took exception to Roque’s remarks.

“It’s not about colonial mentality. Health is a basic human right and we deserve an option kung ano ‘yung tama para sa atin kasi kalusugan natin ‘yan (regarding what is the right for us because our wellness is at stake),” Leachon told ONE PH’s “Sa Totoo Lang” on Monday, Jan. 11

“Kung anong ituturok sa atin, karapatan nating malaman kung ano ‘yun (Whatever is injected in us, it is our right to know what it is),” he added.

Sen. Panfilo Lacson asked in a statement why anyone would choose less effective vaccines that have not yet even been submitted to the FDA for evaluation.

“It’s not fair to say that Filipinos cannot choose their vaccines, at least from those made available by the government. It's bad enough that the national government virtually controls which brand/s of vaccines to procure, pati ba naman ang pagpili kung ano ituturok sa braso ng mga Pilipino hindi pa rin pwede (we cannot even have preference for what will be injected in the arms of Filipinos)?” Lacson said in a statement.

Senate Minority Leader Franklin Drilon pointed to the need for the government to come clean about the vaccination campaign. “Transparency is a key driver of public confidence in vaccines. The lack of access to information fuels doubts and confusion among the public,” he said.

“Klaro sa mga survey na may agam-agam ang publiko sa ligtas ng bakuna, pero parang ang mensahe mula sa Palasyo ay ‘conform or get COVID.’ Dehado ang mga Pilipino sa galawan na ‘yan (It is clear in the surveys that the public have qualms about the safety of the vaccine, but the Palace’s message seems to be ‘conform or get COVID.’ The Filipinos are at the losing end with those moves),” Hontiveros said in a statement.

“We need to prove to the public that no matter where we procure the vaccine from, they can trust government to be faithful to the process from start to end. Na walang lulusot pa na bakunang hindi ligtas (That no unsafe vaccine will be let in),” she added.

Bayan Muna party-list Rep. Ferdinand Gaite said: “Mr. Roque, if it is a matter of safety and effectivity, if it involves public money, then the people have the right to be ‘choosy.’”

“Trabaho niyo at pananagutan niyo sa publiko na siguruhin na ligtas at epektibo ‘yang bakuna (It is your job and your responsibility to the public to ensure that the vaccine is safe and effective),” Gaite reminded Roque.

“The Palace should not be dismissive of the public's concern regarding their health and safety… Kailangan nilang tiyakin iyan sa taumbayan para palakasin ang kanilang tiwala sa vaccination program ng pamahalaan (They should give the people that assurance to strengthen their trust in the government’s vaccination program),” he added.

If FDA authorizes it, it means it’s safe

Roque, in his press briefing on Tuesday, Jan. 12, insisted that only the Sinovac vaccine will be available up to June, since these doses would be the only ones to arrive in the country until then. He said on Monday that Sinovac is expected to apply for an EUA to supply its vaccine to the Philippines. “Kung ayaw n’yo ng Sinovac, well, hindi kayo pipilitin (If you do not like Sinovac, well, no one will force you),” he said.

“Lahat ng bakuna, kapag pumasok sa bansa, sisiguraduhin ‘yan ng FDA na ito’y magiging ligtas at magiging epektibo para sa ating mga kababayan (All the vaccines, when they enter the country, the FDA will make sure that they will be safe and effective for our countrymen),” Vergeire said.