A Taal Baby And A Humble Town On The Front Line

The population of a barangay in San Luis, Batangas has doubled as people are displaced by the continuing unrest of Taal Volcano. But life goes on, and a new life is even brought to the world. 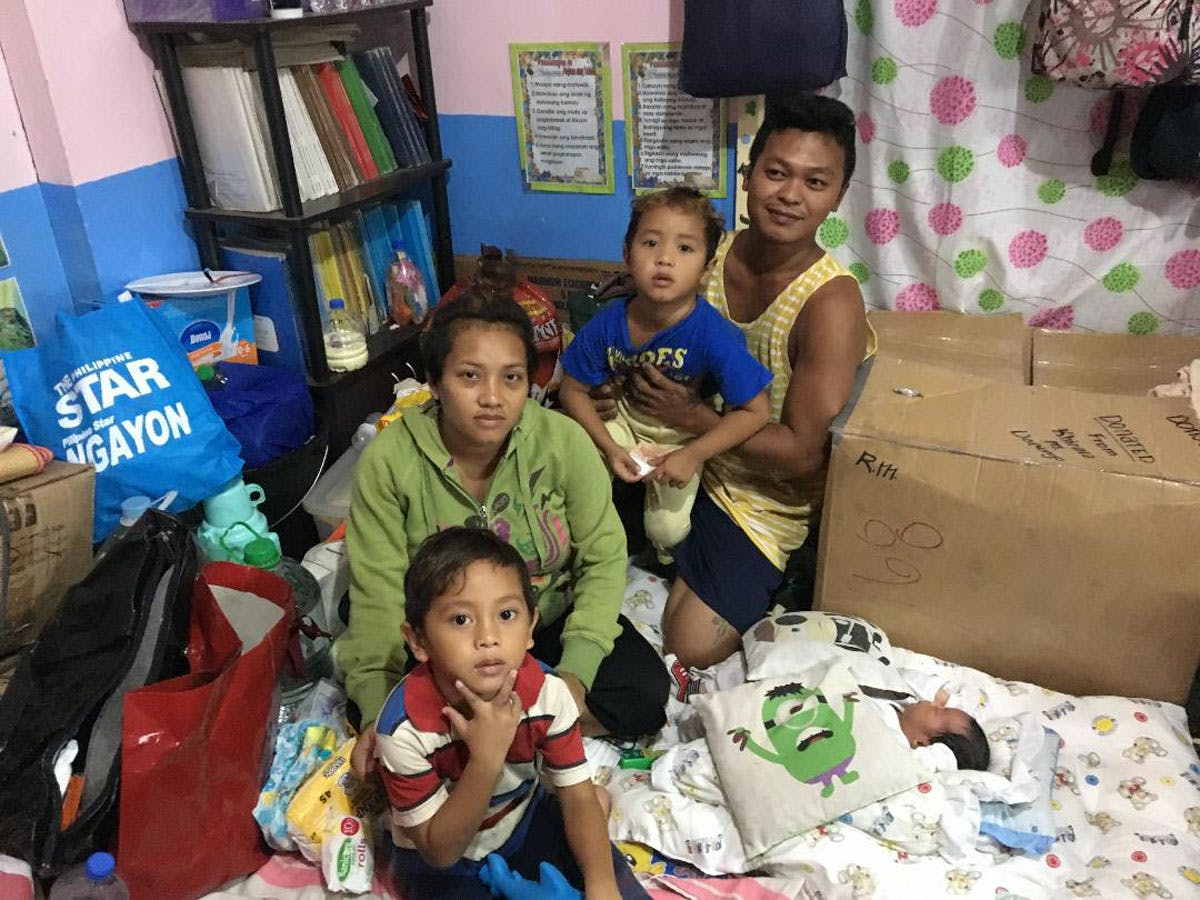 Vendors Rodel Domingo and Maryann Malana, along with their children Khian, Khen and Khira, stay in this corner of a classroom in Durungao Elementary School. Photo by Vince Nonato, The Philippine STAR

SAN LUIS, Batangas – This rural municipality is only three kilometers away from the edge of the danger zone surrounding the restive Taal Volcano. It is on the front line of the influx of evacuees, but its limited road network makes it less accessible to donors.

Yesterday, the municipal government and the barangays of Durungao, San Martin and Santa Monica received the first truckload of donated goods from The Philippine STAR’s Operation Damayan, one of its biggest relief operations ever.

Speaking with The STAR on the sidelines, Randy Hernandez of the Municipal Disaster Risk Reduction and Management Office noted that they tend to receive fewer donations than the larger and more accessible municipalities.

This is despite hosting 14,105 evacuees, said to be the largest number among the municipalities in the province.

Hernandez noted that only a single two-lane road now connects this fourth class municipality to the rest of the province. Other roads go through the municipalities of Taal and Lemery, which have been locked down since Taal’s phreatic explosion on Jan. 12. 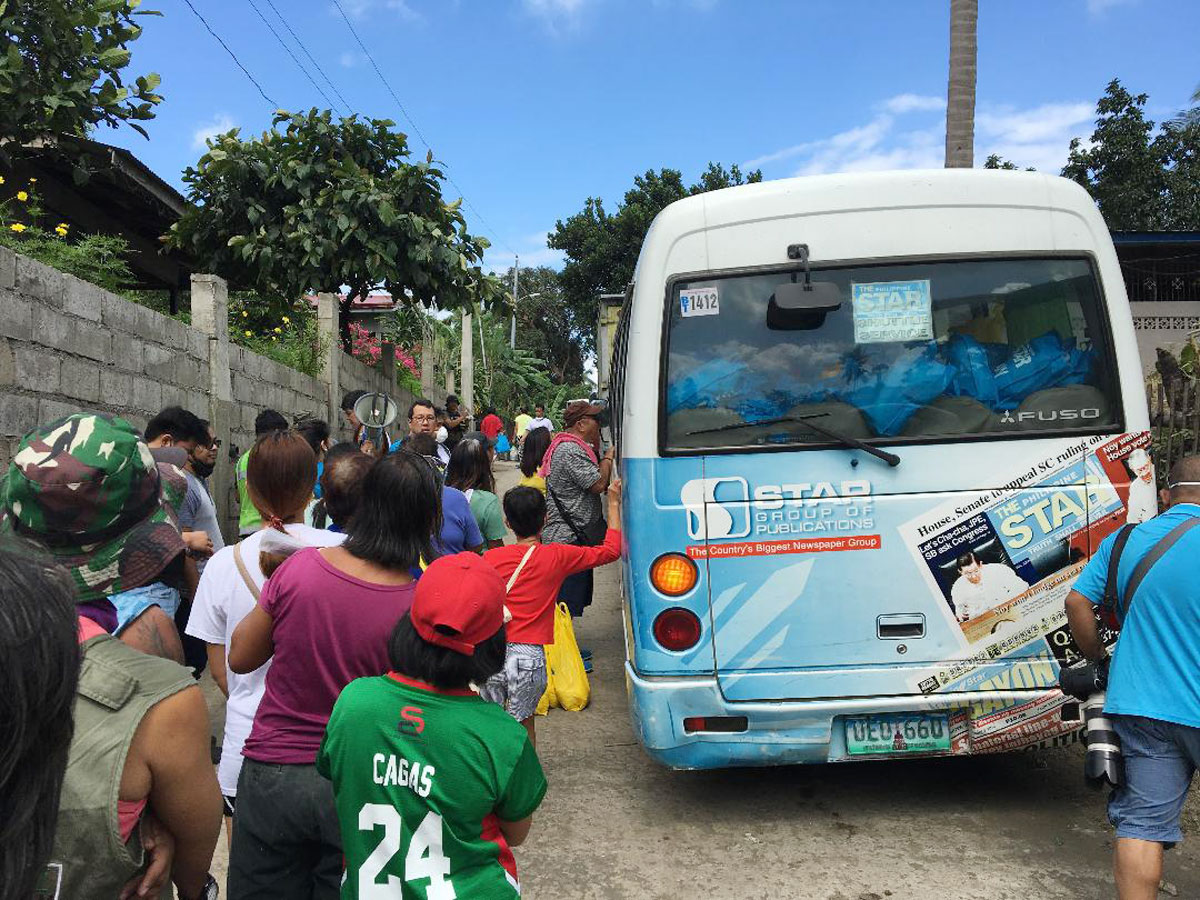 Hernandez specifically pointed to the upland barangays of Boboy, Locloc, Luya and Mahabang Parang as the ones most vulnerable to shortages of donated goods.

He said the goods needed the most are rice, ready-to-cook meat, toiletries and beddings, with some evacuees currently sleeping on folded cardboard boxes.

Barangay Durungao, tucked away in a hilly portion of the municipality, can be reached only by a winding two-lane road with barely enough space for trucks and vans delivering donated goods. Yet nine days after the volcano began spewing ash on Jan. 12, the number of evacuees continues to increase by the day.

Barangay captain Wilma Magnaye attributed the increase to displaced residents who were not able to evacuate right away or were ordered by authorities to leave the danger zone.

Some recent arrivals, like Teresita de Castro, had evacuated first to Lipa City before coming to Durungao. She belongs to one of the three families now accommodated by local resident Lourdes Dichoso.

The barangay usually has a population of around 600, according to its secretary Jocelyn Mendoza. But its elementary school now hosts 660 evacuees.

Still, Durungao is better off compared with other local government units that are now hosting people displaced from the lakeshore municipalities such as Taal, Lemery and Agoncillo.

When The STAR dropped off the donated goods in the school’s covered court, barangay officials were quick to have the evacuees fall in line. The evacuees raised laminated pieces of paper bearing their numbers as they claimed bags of supplies. 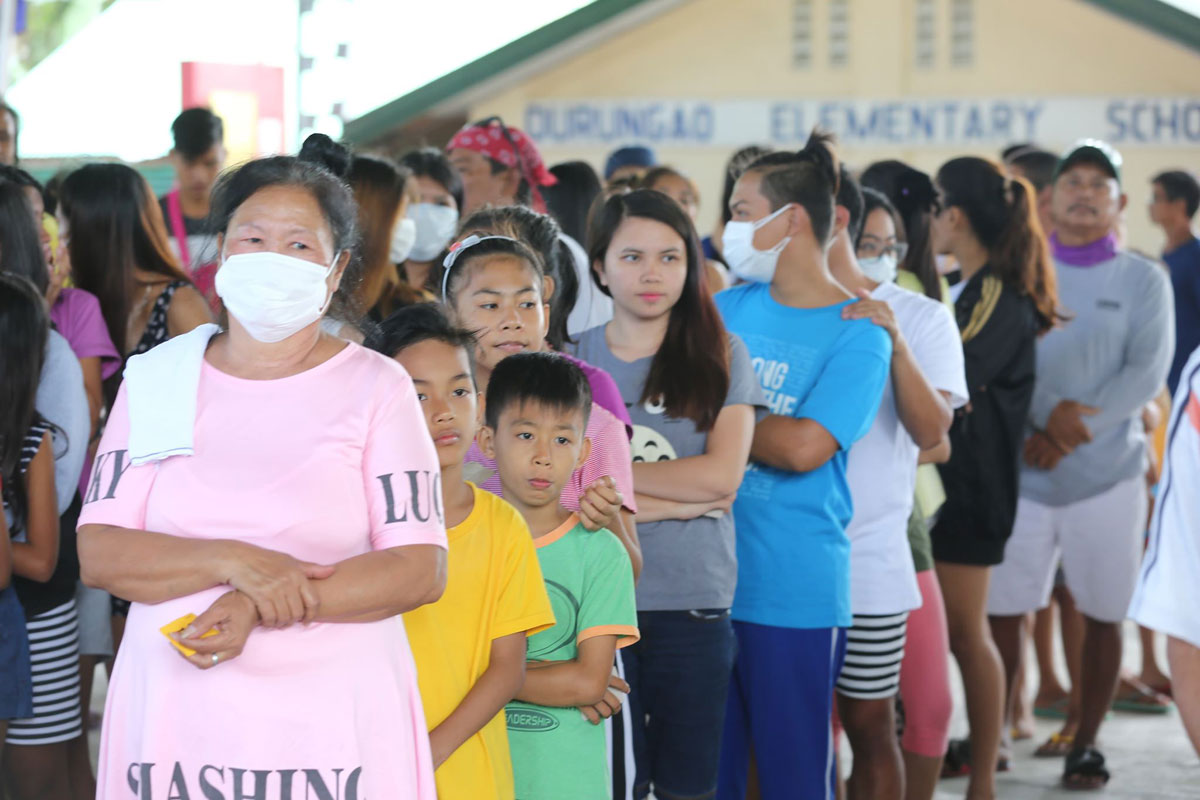 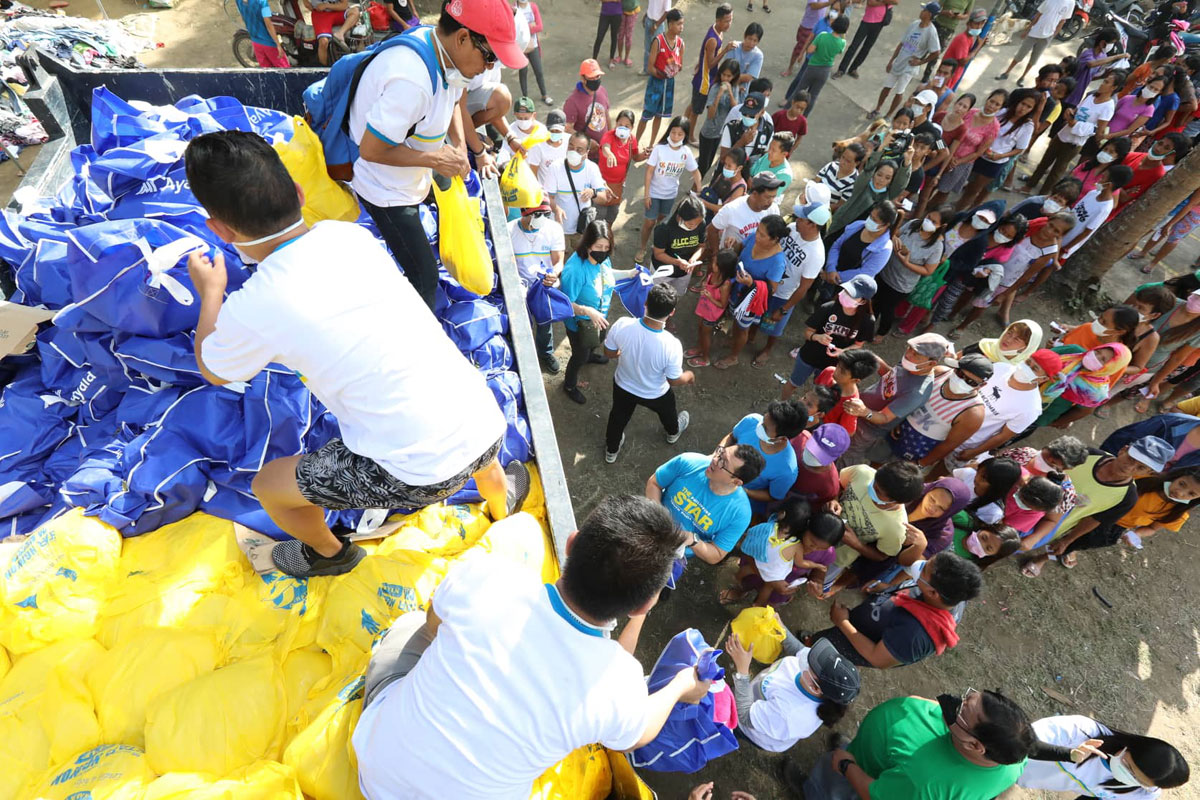 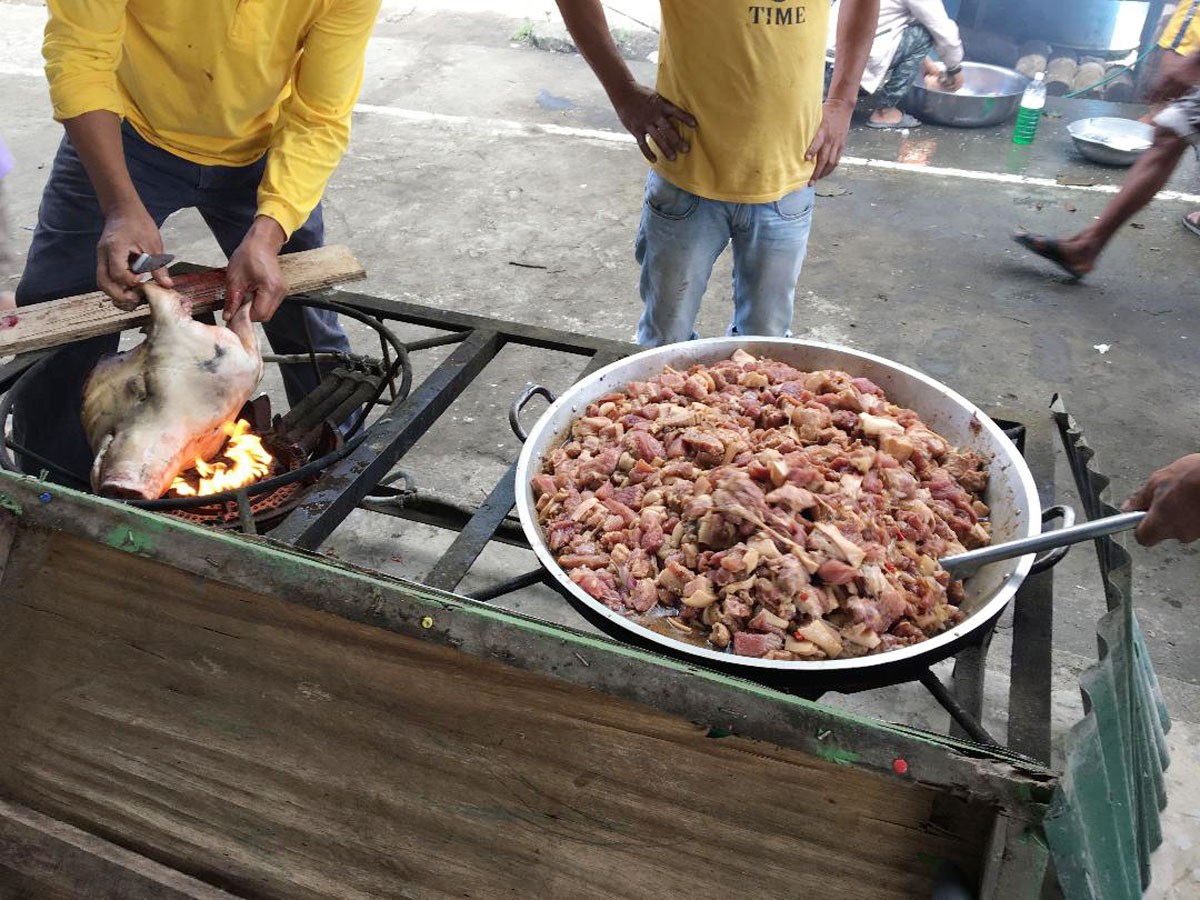 Beside the court, another group of evacuees cooked chili-speckled adobo and roasted pig’s head for everyone, after a foreign foundation donated a live hog. Mendoza said the cooking tasks were assigned and drills were conducted for the orderly process of claiming relief goods during “mini-meetings” every night.

At first glance, the houses in San Luis are no longer blanketed with volcanic ash, although the farms that line the main thoroughfare are still an expanse of gray.

Life goes on. New life is even brought to the world. Vendor and Lemery resident Maryann Malana was due to give birth on Jan. 12 – when the volcano suddenly exploded. Their house made of sasa leaves or broad-leaf bamboo in Barangay Sambal, Lemery, was destroyed by the ashfall.

Her family was one of the first to seek shelter in Durungao that night. Five days later, her third child Khira was born at the San Luis municipal health center, with no complications for both mother and daughter.

There is yet no sign of Alert Level 4 – a warning that a destructive eruption is imminent in the next few days – being lifted soon. The Philippine Institute of Volcanology and Seismology said on Monday that Volcano Island had tilted slightly and sunk partially into Taal Lake, all the while swelling with magma or molten rock underneath.

Hence, San Luis and other municipalities would have to continue coping with the challenge of feeding and housing residents displaced by the volcano’s activity – and of restoring normalcy to their suddenly disrupted lives. 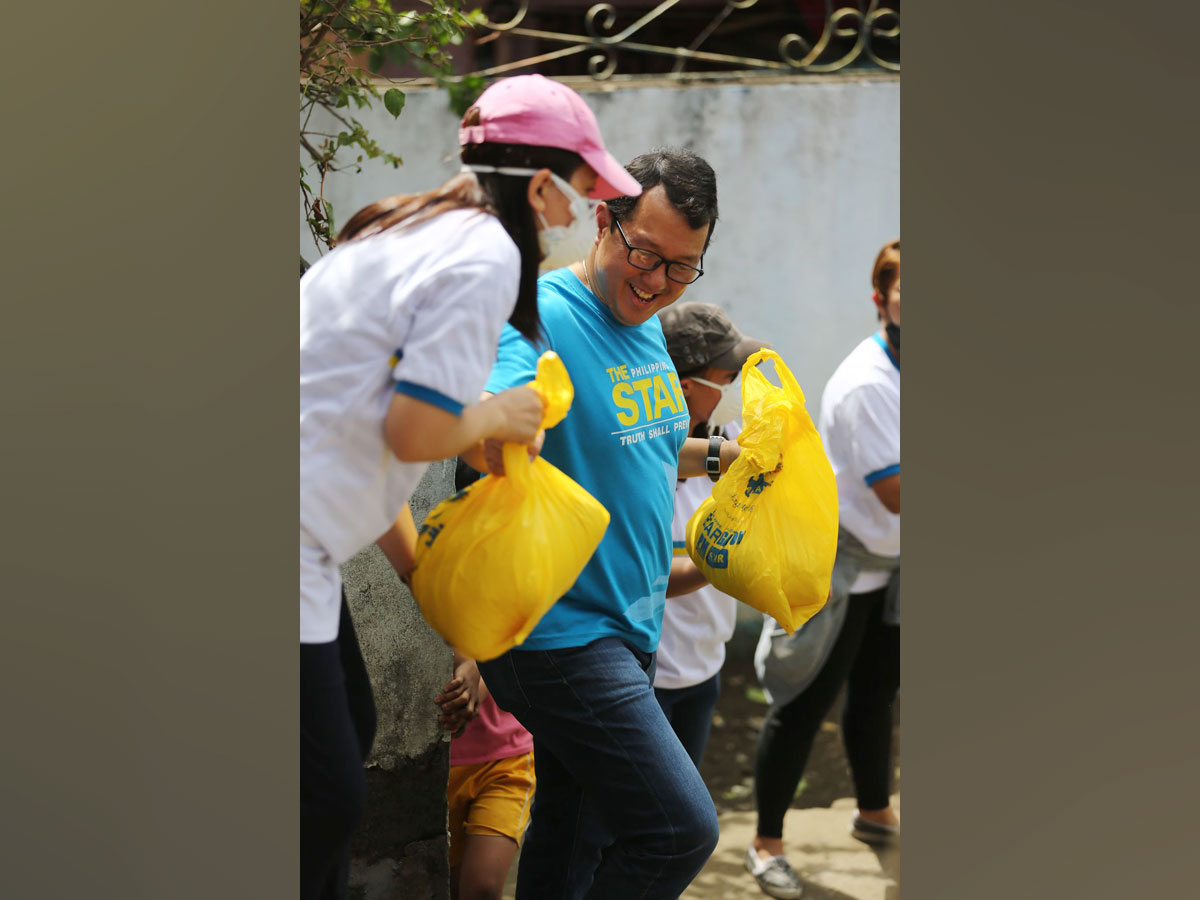 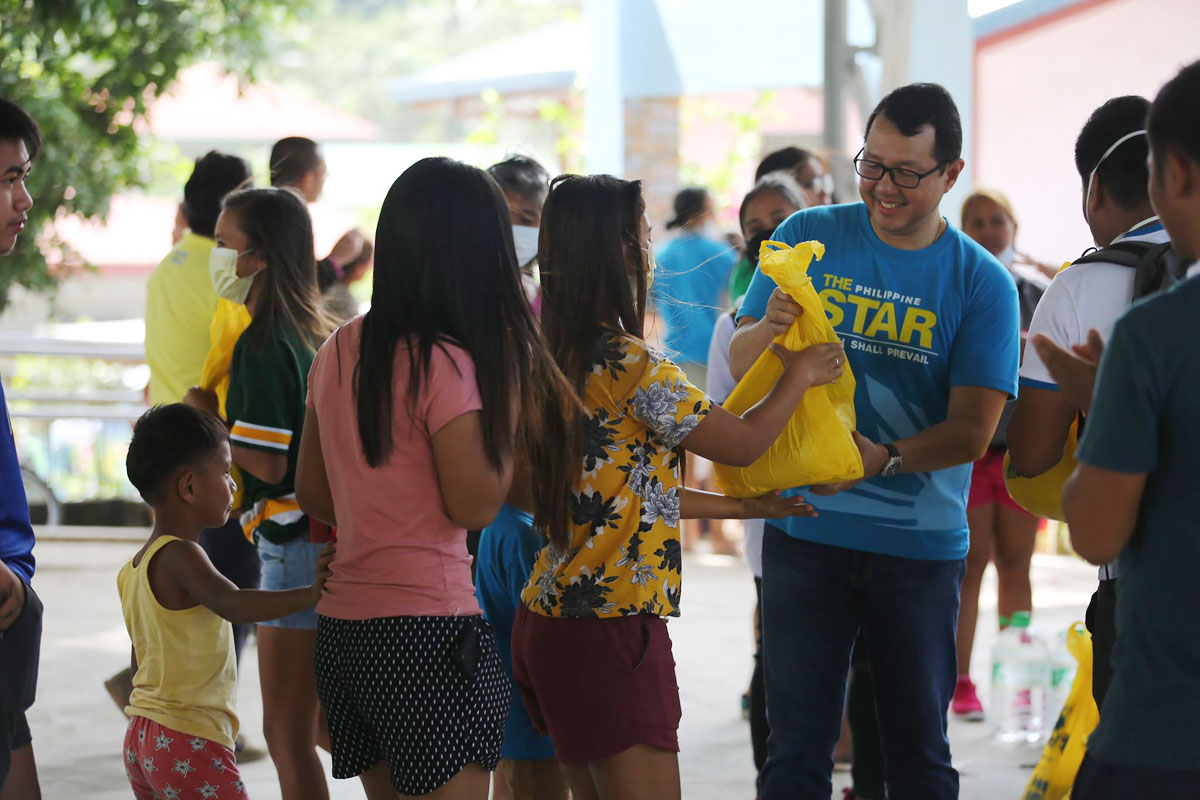 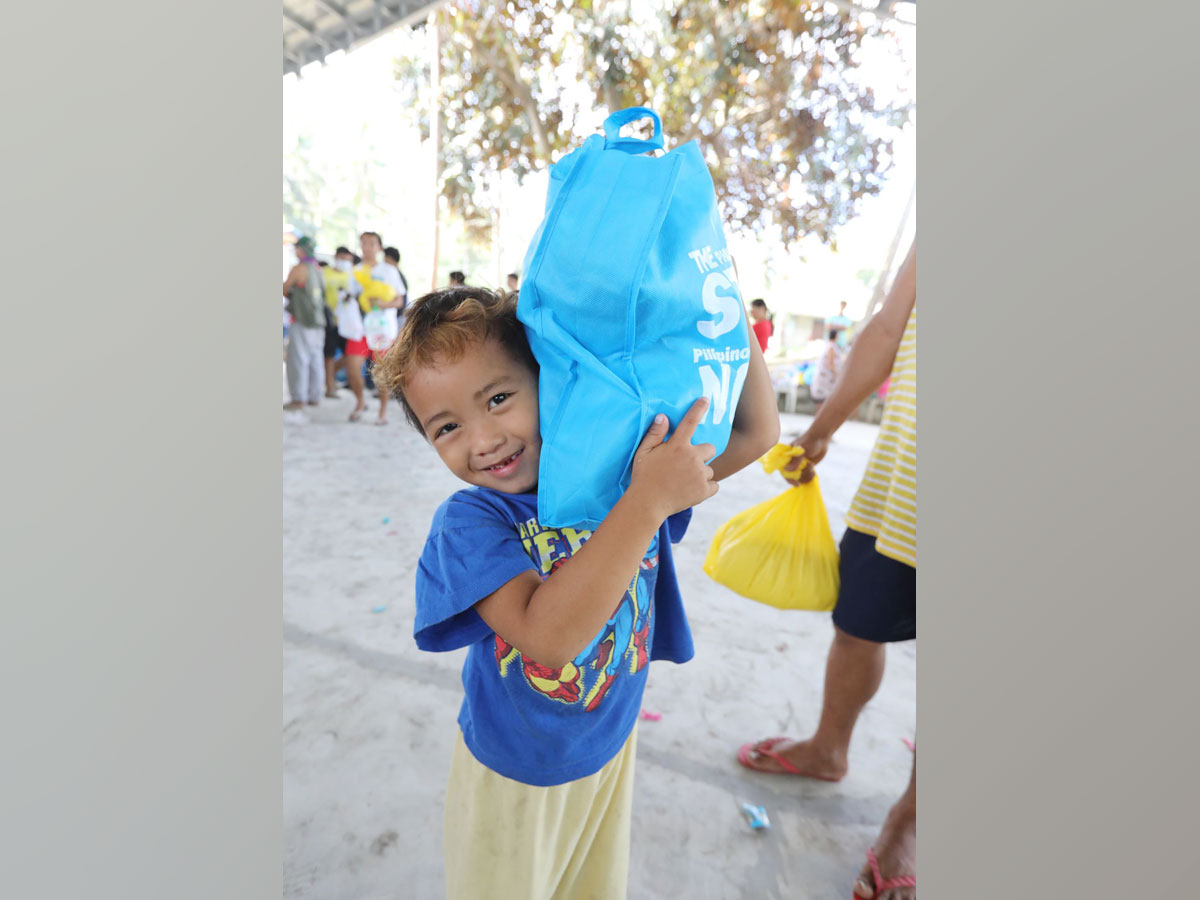 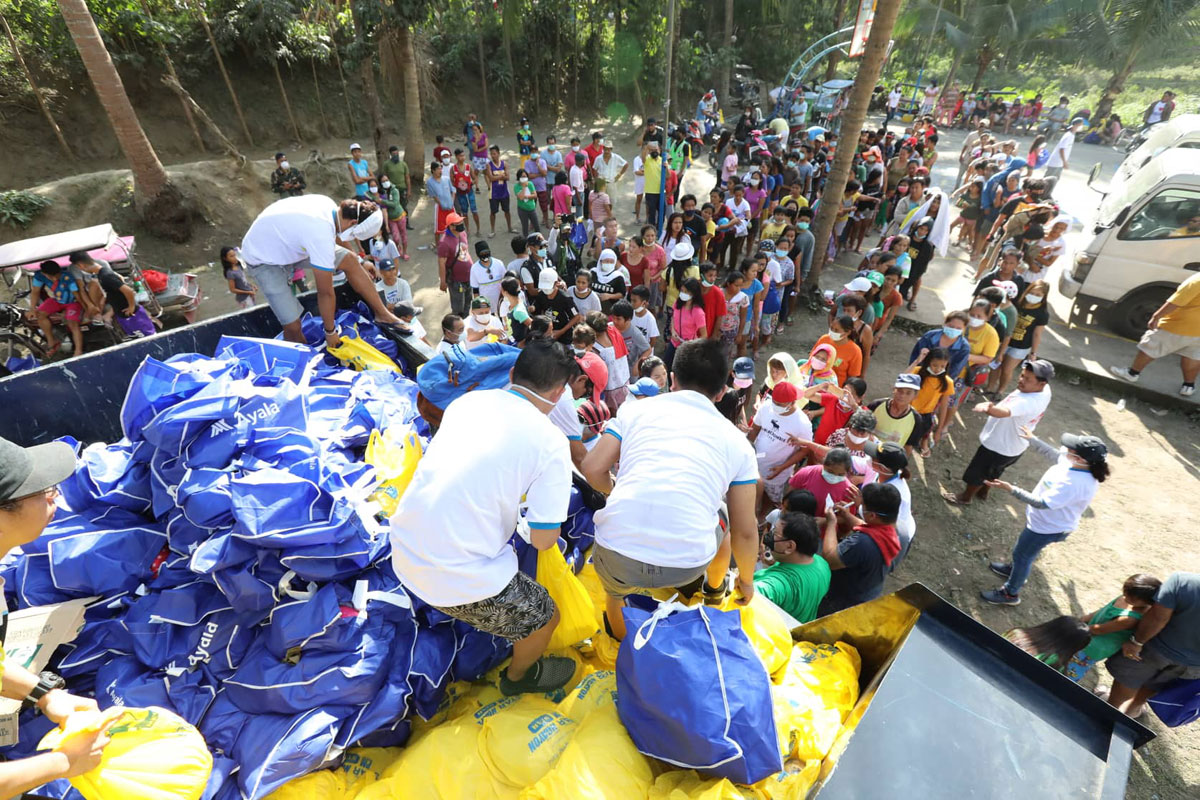 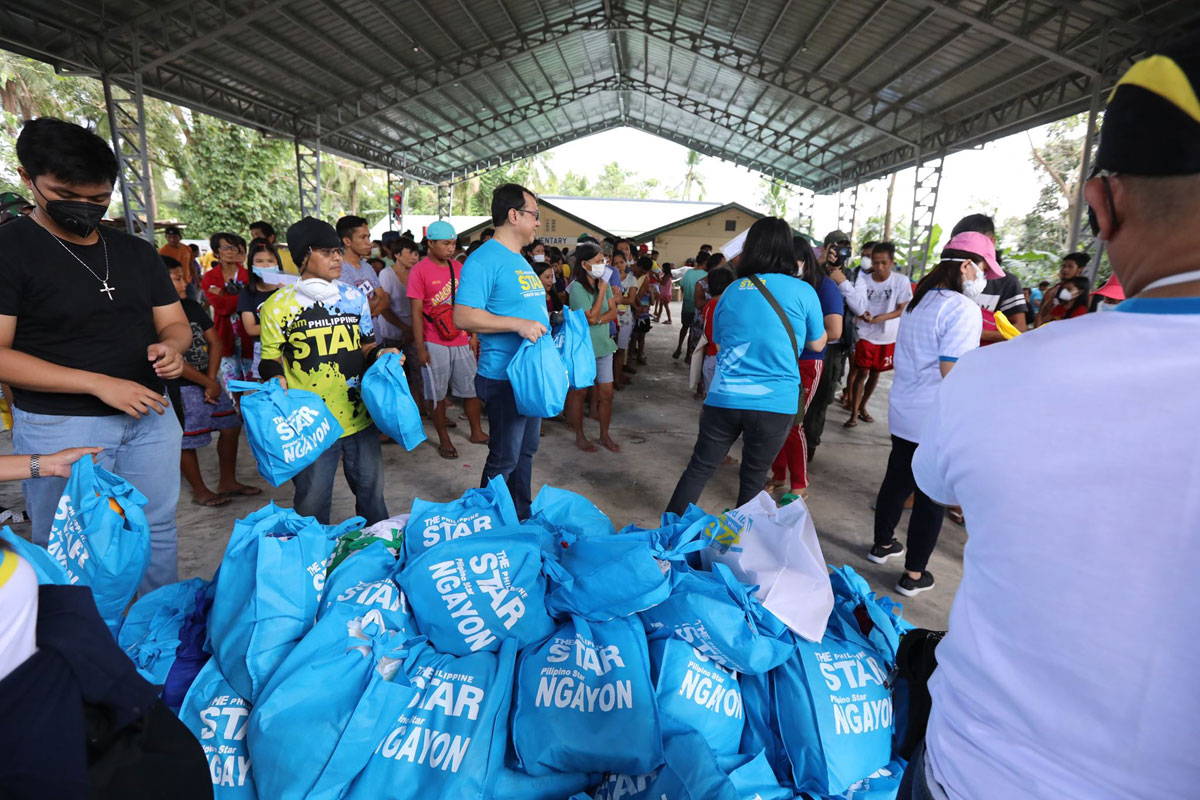 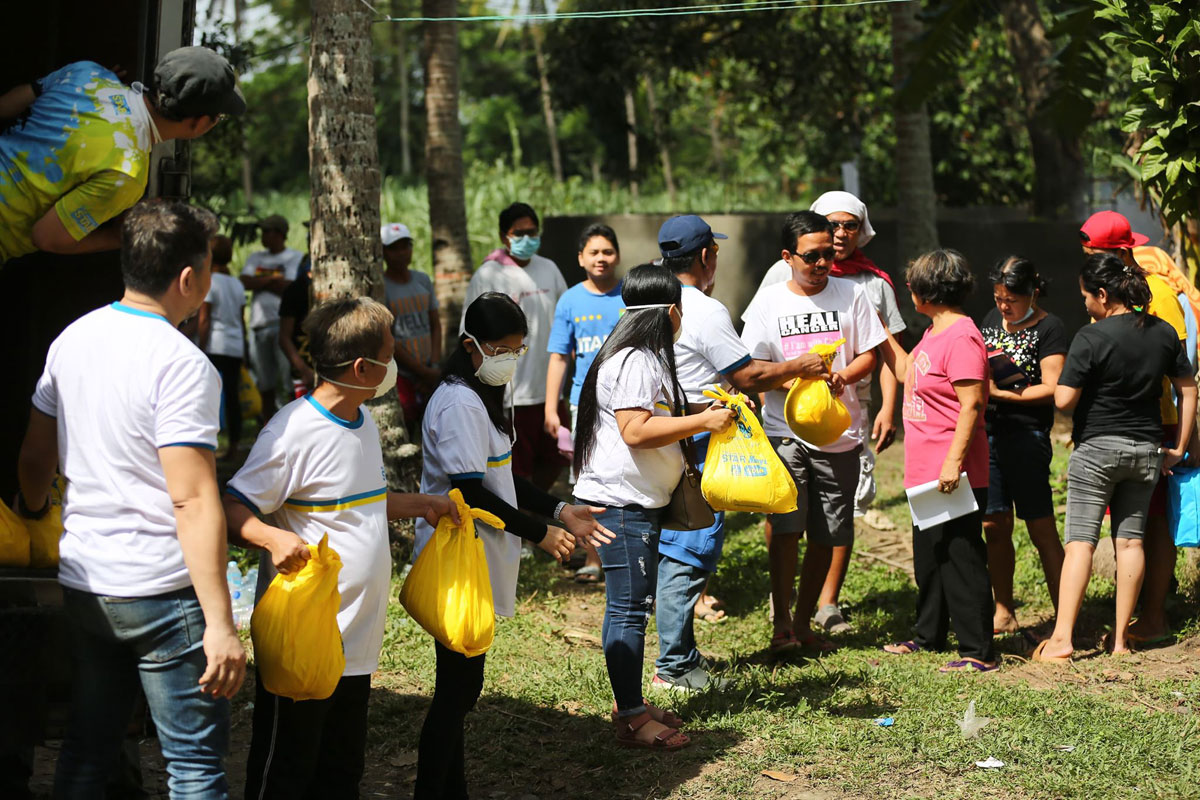