The government insists it is winning the fight against COVID-19 even if cases continue to rise and the country remains under different levels of quarantine restrictions. 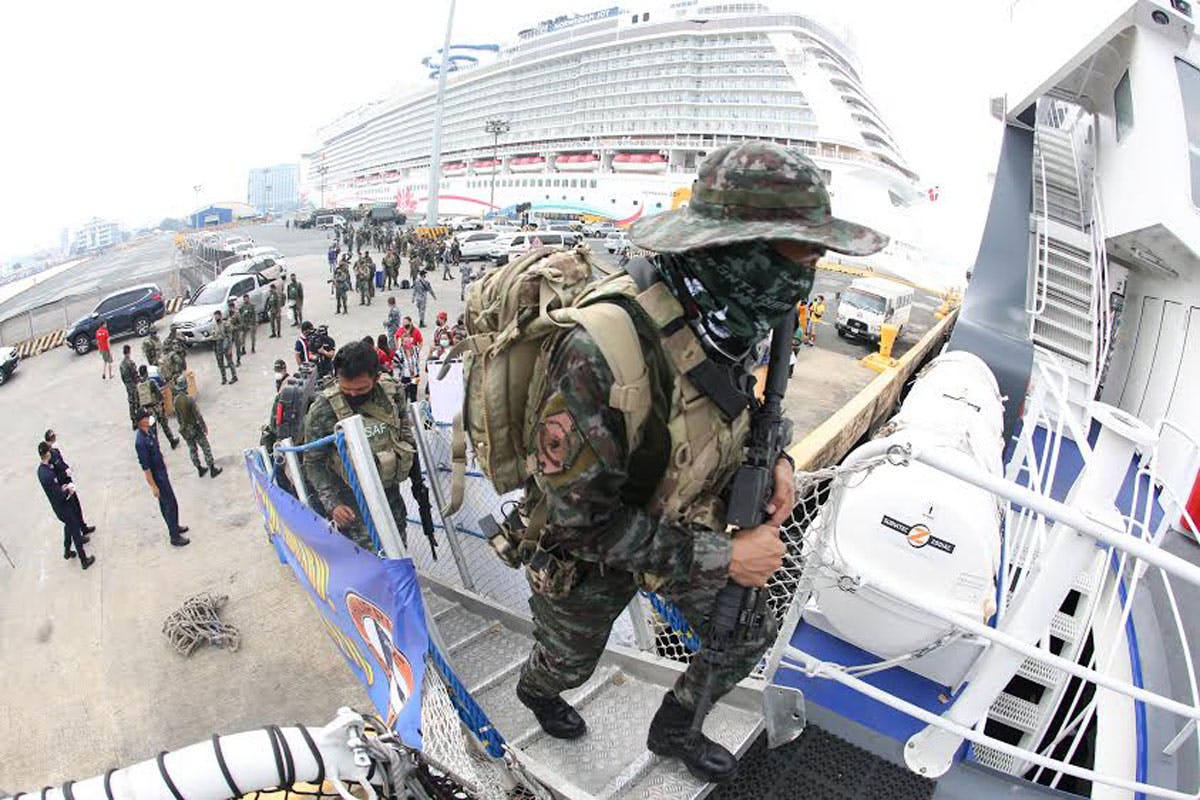 President Duterte is expected to announce on Tuesday, June 30, his decision on the quarantine restrictions in Metro Manila and other areas affected by the coronavirus disease 2019 (COVID-19) pandemic, officials said on Sunday, June 28.

June 30 will mark the 106th day since the government placed the entire Luzon under enhanced community quarantine (ECQ) on March 17.

The Inter-Agency Task Force for the Management of Emerging Infectious Diseases did not tighten quarantine measures in the National Capital Region this month as the NCR’s health facilities were deemed sufficient to handle future infections. Instead the IATF eased Metro Manila into a general community quarantine (GCQ) beginning June 1.

Cebu City, however, was reverted to ECQ on June 15 because of rising cases of COVID-19 and the high utilization rate of its critical care capacity.

The number of people in the Philippines who have caught the virus continues to rise, with 653 cases recorded on Sunday, bringing the total number to 35,455. The IATF has reviewed the data and has submitted to Duterte its recommendations on the classification of areas under community quarantine, Malacañang said over the weekend.

“The President will meet the IATF on Tuesday afternoon. That will be the time he makes the announcement,” Defense Secretary Delfin Lorenzana said in a text message to The Philippine STAR on Sunday.

In a separate text message, presidential spokesman Harry Roque confirmed that the President would make his announcement on Tuesday.

Under GCQ, some non-essential industries and modes of public transportation may operate, but public gatherings remain restricted.

Aside from Metro Manila, other areas in Luzon that are under GCQ are Isabela, Nueva Vizcaya, Quirino and Santiago City in Cagayan Valley; Aurora, Bataan, Bulacan, Olongapo and Tarlac in Central Luzon; Cavite, Laguna, Batangas, Rizal and Quezon in Calabarzon, and Occidental Mindoro in Mimaropa. In the Visayas, the areas under GCQ are Bohol, Cebu province, Talisay City, Negros Oriental, Siquijor, Mandaue City and Lapu-Lapu City; and in Mindanao, Davao City and Zamboanga City.

Talisay City was initially placed under modified ECQ or MECQ.

The rest of the country is placed under the most lenient modified MGCQ, where virtually all sectors are allowed and all modes of public transport can partially operate. Public gatherings are also permitted, but no more than half of the venue may be filled.

Earlier this week, Roque claimed that the Philippines was “improving” in its fight against COVID-19 despite the rising infections. Critics, however, continue to score the Duterte administration’s handling of the pandemic, including Vice President Leni Robredo, who claimed that the government was initially “complacent” in handling the situation. 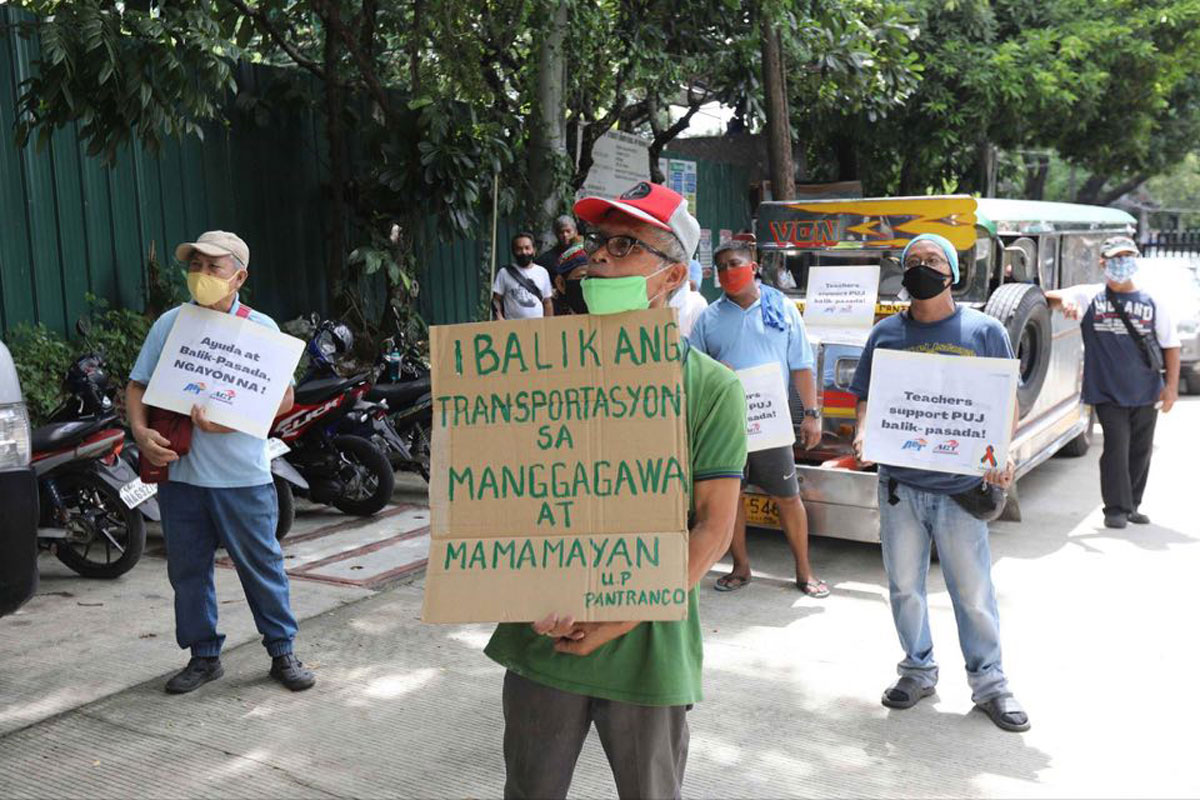 Robredo, the highest elected member of the opposition, noted that it took weeks before the government banned all flights from China, where the virus originated. The Vice President has also criticized the failure of the government to meet COVID-19 testing targets.

Palace officials have scored Robredo, saying she “engaged in nitpicking.”

"The remarks of the Vice President that the national government is in a state of self-denial or praising its actions are hence baseless,” Roque said in a statement on Saturday, June 27.

“We find the action of the Vice President, which is looking at the glass half-empty – focusing on the shortcomings just to score political brownie points at the expense of the administration – totally unwarranted,” he added.

Chief Presidential Legal Counsel Salvador Panelo said Robredo should relay her suggestions to agencies instead of going to the media.

“Our advice to (Vice President) Leni, if you have suggestions, write a letter to us. You have access to everyone. You know our telephone numbers for one. You can text us immediately, we respond naman immediately or you may write us a letter,” Panelo said on Friday, June 26.

On Sunday, Robredo disputed Roque’s claim that her criticisms against the government’s handling of the COVID-19 pandemic were meant for political gains.

“I have a platform to call them out and I’ll do that because the people are the ones who will benefit. I have no interest in politicking,” Robredo said in her weekly radio program over dzXL.

However, she agreed with Roque’s statement that she opted to look at the administration’s response to the pandemic as a glass half-empty.

“This is the time when we can’t afford to commit mistakes, because every mistake we make, there are lives that are at stake – not just those who get COVID-19, but also the frontliners and those families who experience hunger because we fail to immediately find solutions to the problem,” Robredo emphasized.

“It’s true that I look at the glass half-empty and we try in our office to fill it during this time of crisis,” she said. “I always say that this is not the time for politicking, even if we are accused of doing so. It’s just now that I aired my voice since March.”

The Vice President noted that her office, despite its limited resources, has been working hard to help the people during the pandemic.

The Vice President also called for transparency in the government’s spending for the COVID-19 response as Congress works to pass the proposed extension of the Bayanihan to Recover as One Act, also known as Bayanihan Act 2.

She said the public needed to see a more detailed report on the Bayanihan to Heal as One Act.

“We can’t say now whether or not we need it,” she said, referring to Bayanihan Act 2. - With Helen Flores